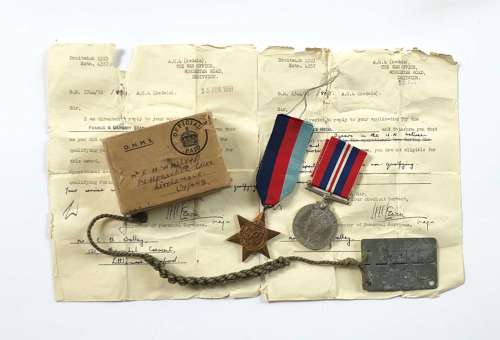 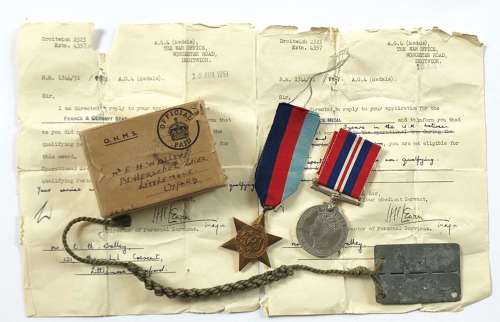 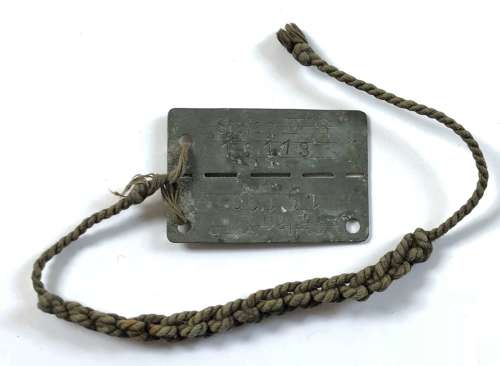 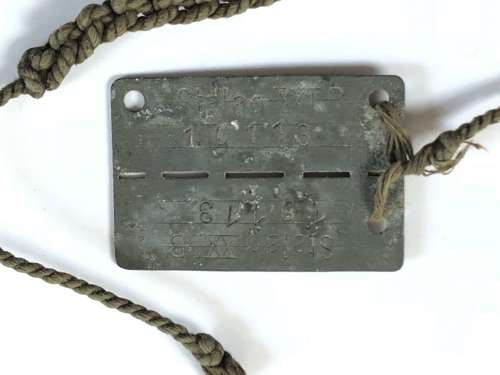 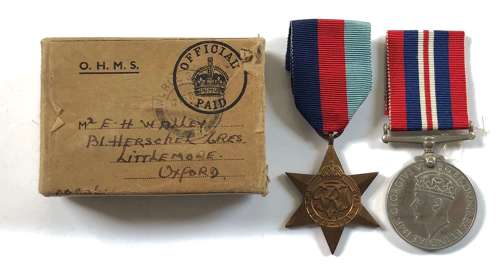 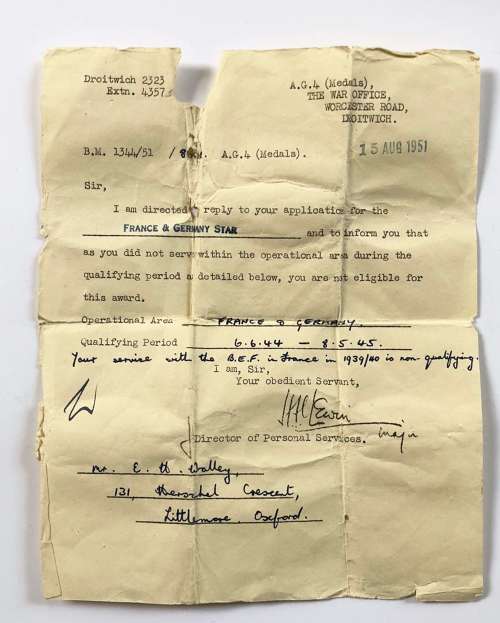 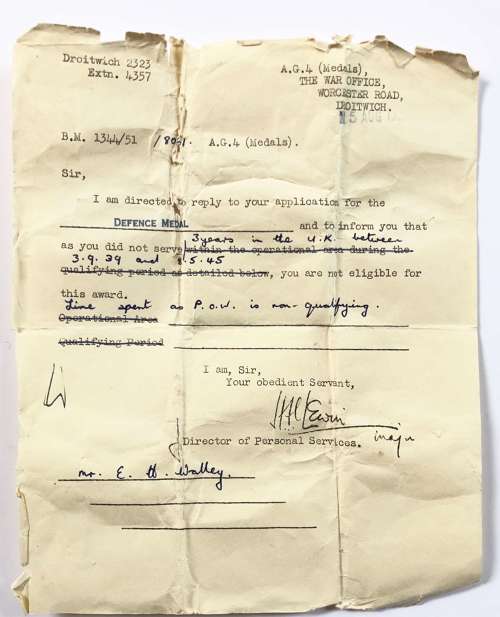 An interesting group awarded to 1067577 Lance Corporal E.H. Walley of the Royal Engineers who was captured during the Battle of France May 1940.

Comprising: Medals 1939/45 Star, War Medal, these contained in original forwarding box addressed to Mr Walley when living in Littlemore Oxford. … Original POW Dog Tag with the POW number 10113, this confirmed in the POW Rolls. … Two interesting official letters dated 1951 explaining why Mr Walley is not entitled to the France & Germany Star and also the Defence Medal.