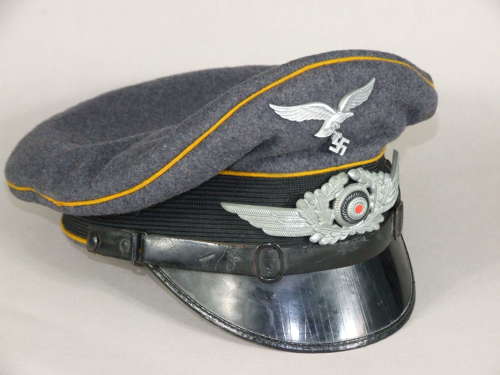 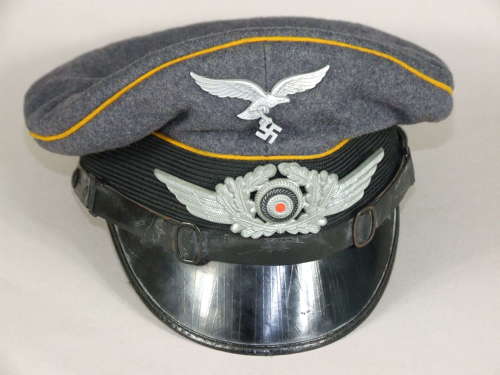 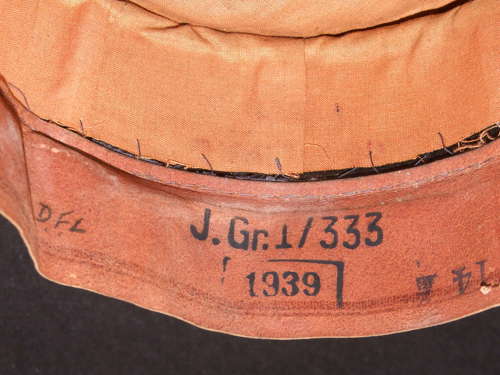 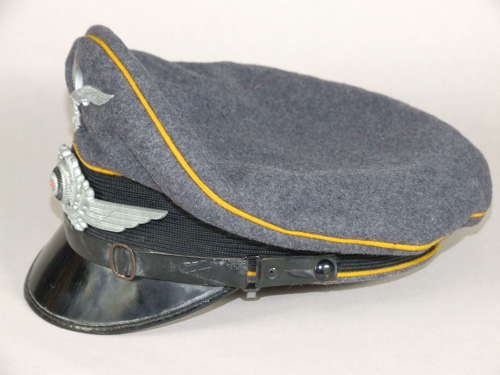 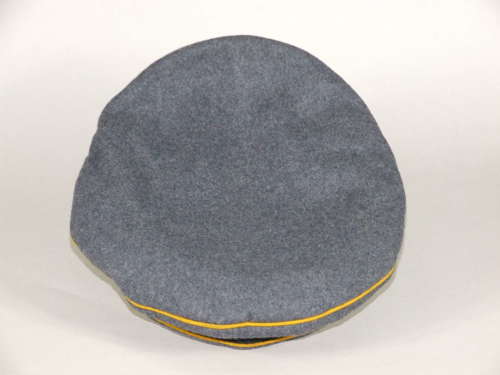 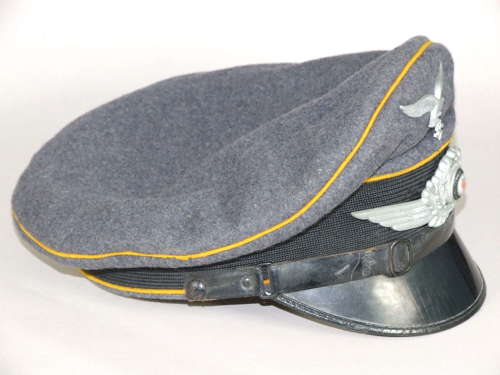 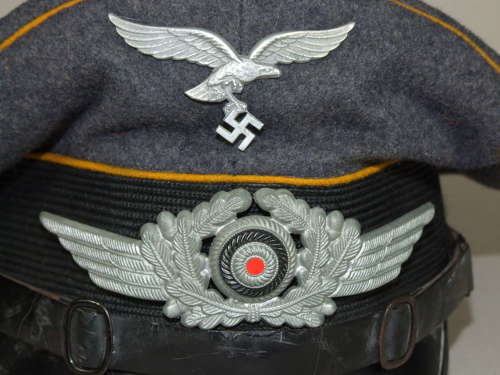 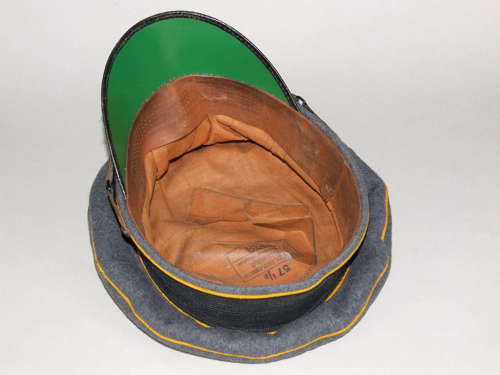 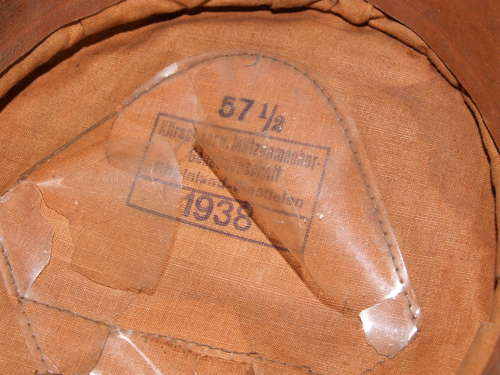 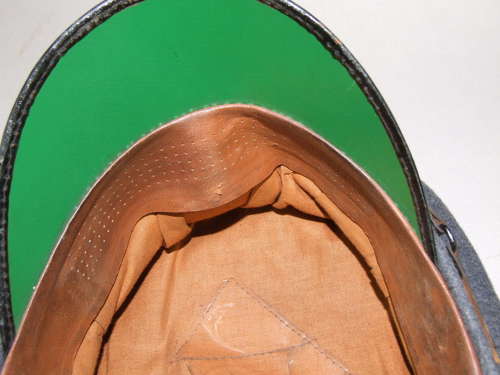 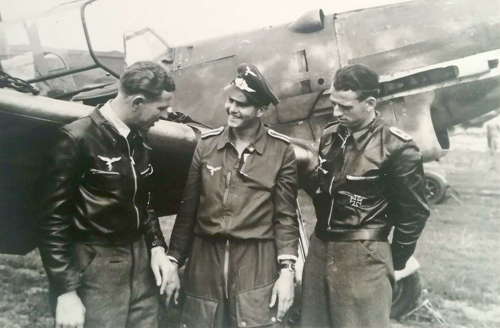 A very good 1938 dated Luftwaffe  NCO’s peaked or visor Cap to a member of the flying branch.

Underneath the sweatband are the stampings of JG (Jagdgeschwader) 333 which was to become JG54 operating Me109’s and later Fw190 fighters. JG54 saw action from the start of the war with the invasion of Poland, Battle of France and of course the Battle of Britain. They were later operating in the Balkans and the Russian front. The stamps show acceptance by the unit in 1939.

The Cap is constructed in a typical field grade blue grey wool, piped with the yellow waffenfarbe of the flying branch. The cloth and mohair hat band are completely free from moth.

The eagle is the second pattern in Tombak whilst the winged cockade is zinc. Above the black vulkanfibre peak or visor sits the black leather chinstrap, all again in very good condition.

Inside, the sweatband is very good, the lining without damage. The diamond shaped sweat shield is cracked and peeling to reveal the makers stamps, 1938 and size 57 ½.

The owner’s initials DFL appear under the sweatband and may prevent research possibilities given that we know the unit.

A lovely saddle shaped Cap to a fighter unit operating during the Battle of Britain.