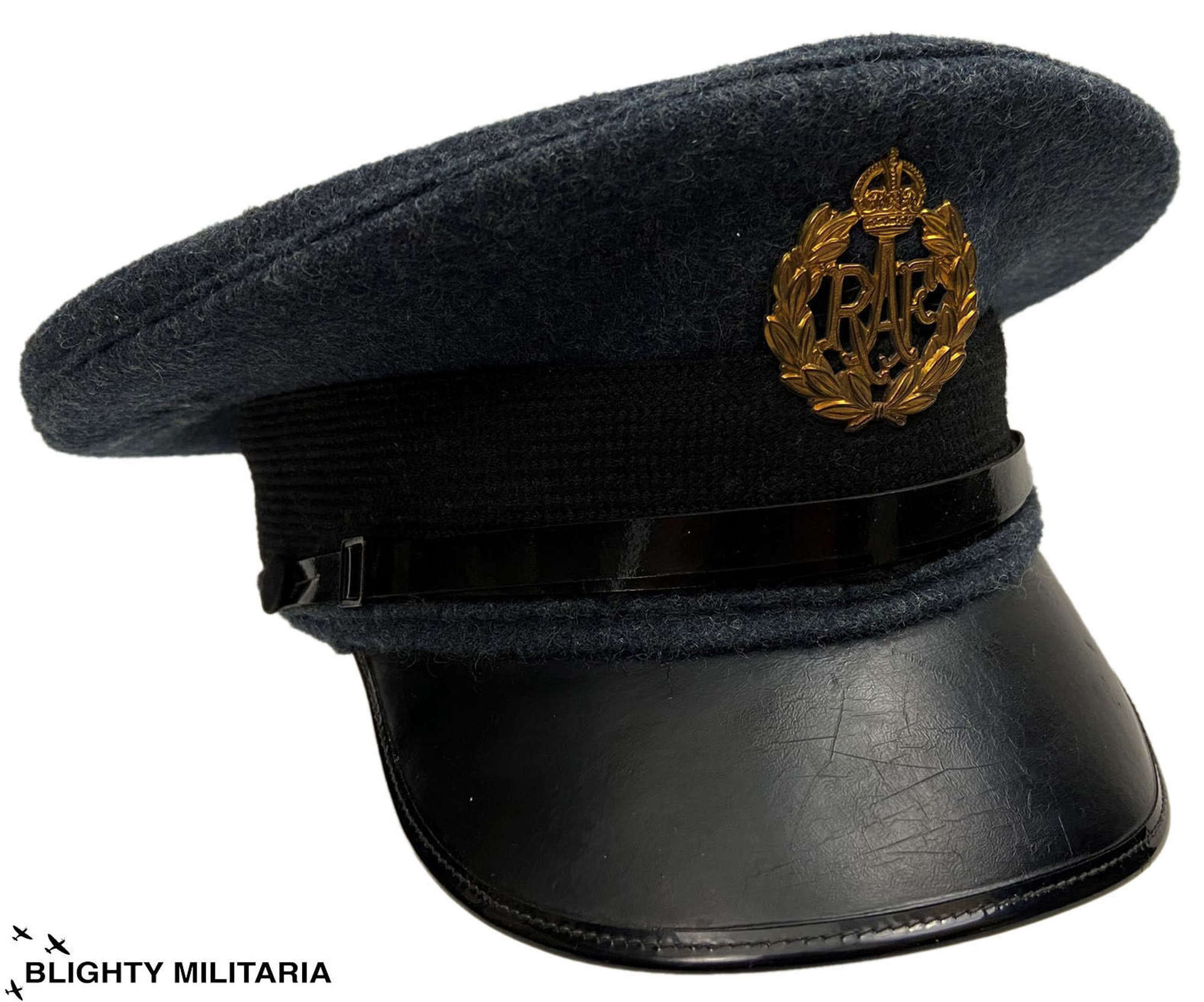 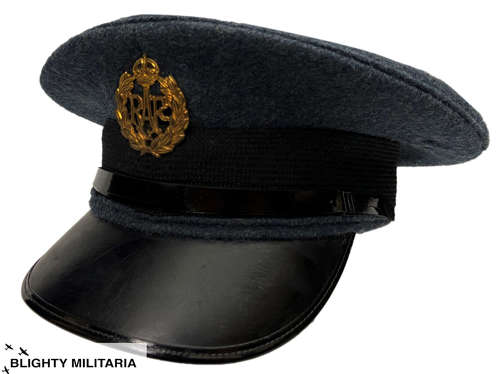 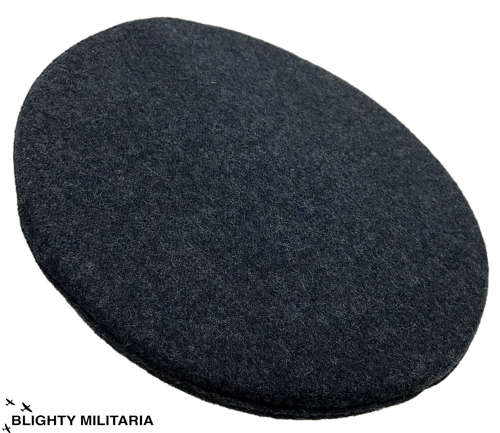 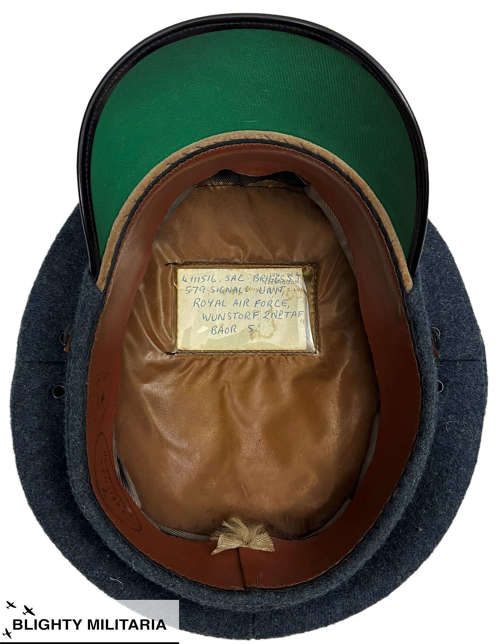 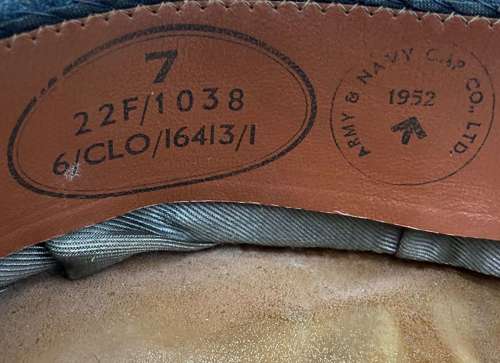 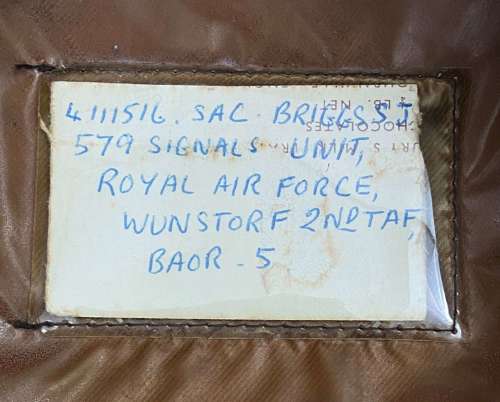 An original RAF Ordinary Airman’s peaked cap which is dated 1952 and is in excellent condition.

This example belonged to S.A.C Stanley Briggs who served with the RAF as part of the 2nd Tactical Air Force during the early 1950s.

These caps came into use with the formation of the RAF in 1918 and were the main headwear for O/A throughout the 1920s and 1930s. They were still in use for many years after the Second World War with the 1950s examples, such as this, being very similar to their pre-war counterparts in a number of ways. The body of the hat is made from a blue-grey coloured serge wool whilst the peak is black leatherette. A brass Kings crown RAF cap badge is fitted to the front as is a black patent leather chin strap.

Inside the cap the original stamps are still present and are bright and legible. The maker's name of 'Army & Navy Cap Co. Ltd' is present as is the 1952 date and the War Department broad arrow marking. A second stamp bears the size of 7 and the RAF stores code 22F/1038.  There is also a name tag inside the hat which reads '4111516S.A.C Briggs S. J. 579 Signals Unit, Wunstorf 2nd TAF BOAR'.

The hat is in excellent condition and displays very well. It would be hard to better!

A nice original early 1950s RAF cap which would make a fine addition to any collection. 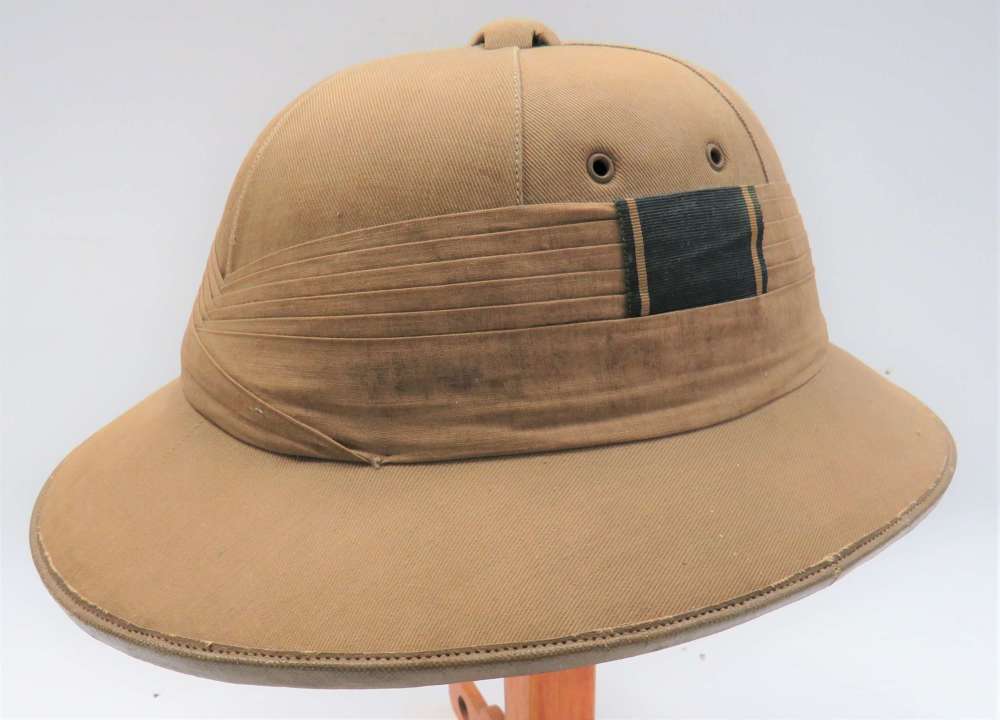 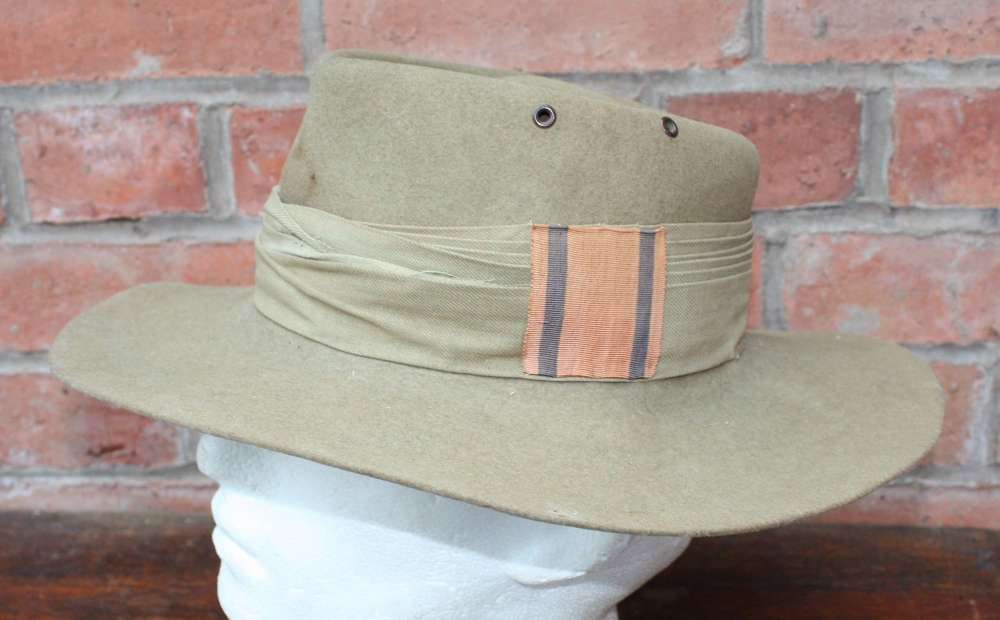 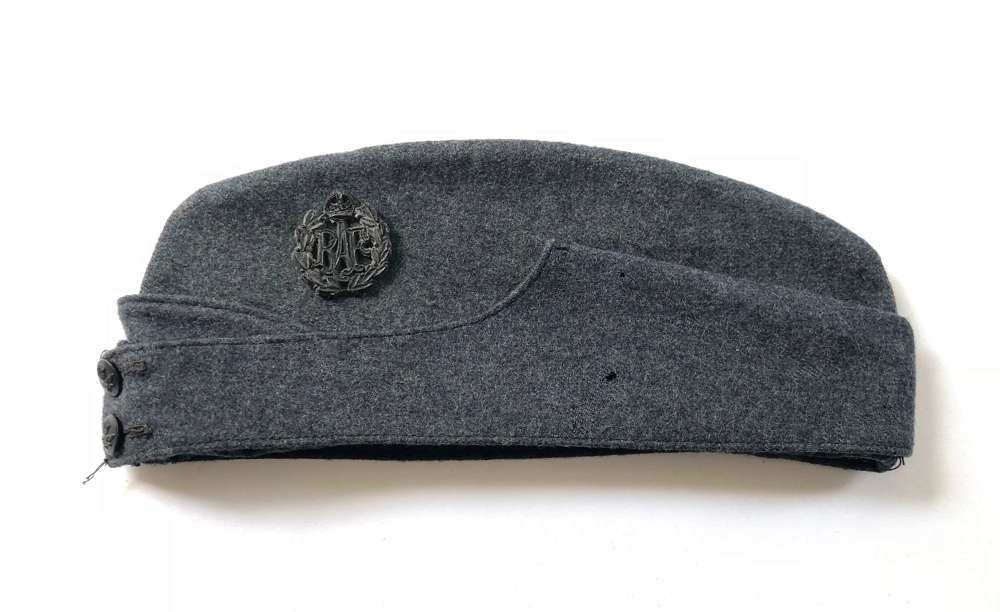