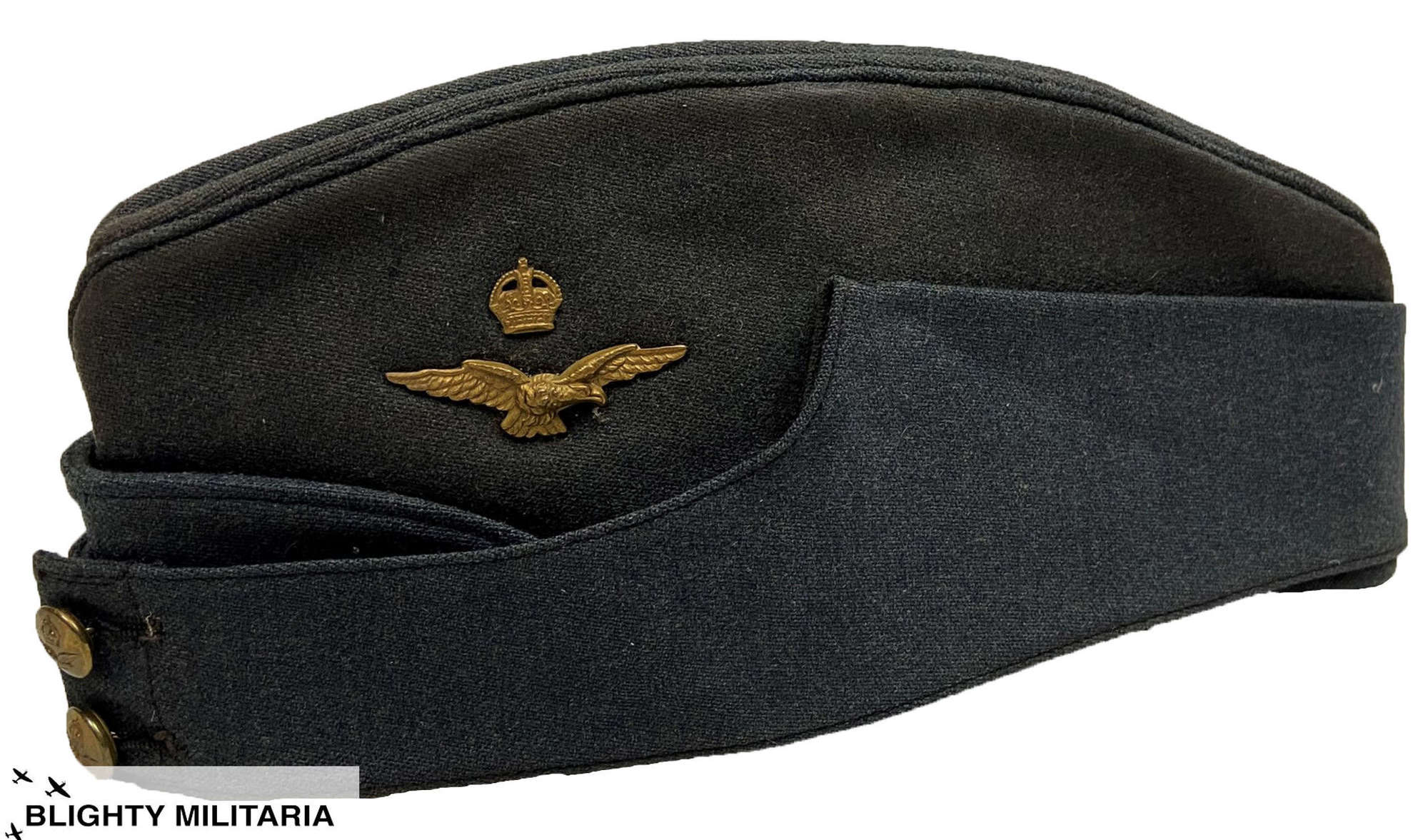 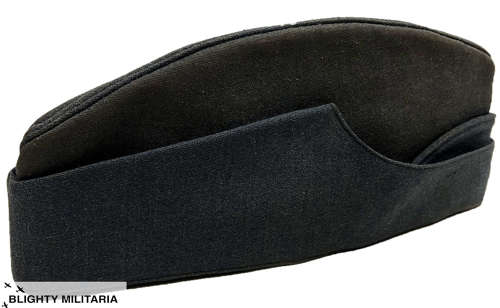 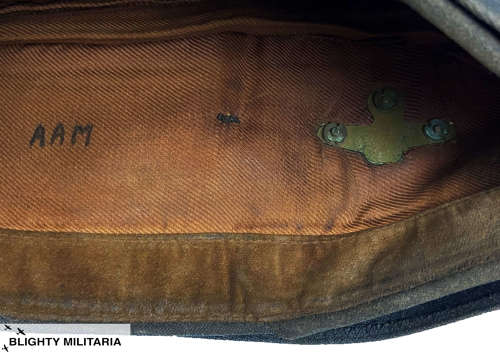 These caps were a popular alternative to the peaked cap for RAF officers during WW2 as they were much easier to store in a pocket or similar. They were worn throughout the war in all theatres and are common to see in period photographs and film footage.

This example is made from the standard RAF blue coloured barathea wool which is usually used for this pattern of hat. It features a brass King's crown badge to the left side and two brass King's crown RAF buttons to the front. The interior of the cap is lined with a rayon material and a velvet headband is fitted around the opening.

Inside the cap there is no label, maker's name or size marked. The original owner has added his initials which read 'A. A. M'. The opening of the cap measures 10 1/2" making the cap approximately a size 7.

The cap is in well worn condition as can be seen in the pictures. It could be described as grubby with plenty of signs of wear and use, all of which is undoubtedly genuine period wear. There are also a couple of small moth nips to the front of the skirt. It displays well nonetheless and the condition has been reflected in the price. Please take time to study the pictures before purchasing.

An original wartime period cap which has certainly 'been there'! 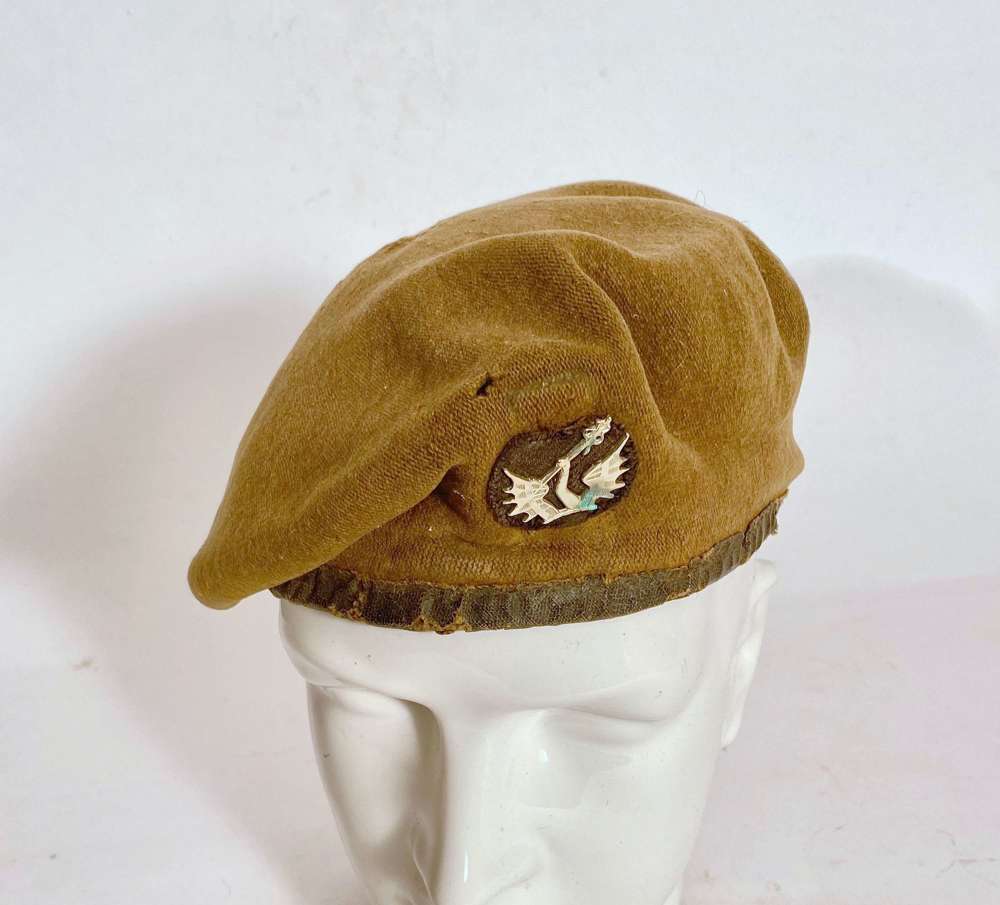 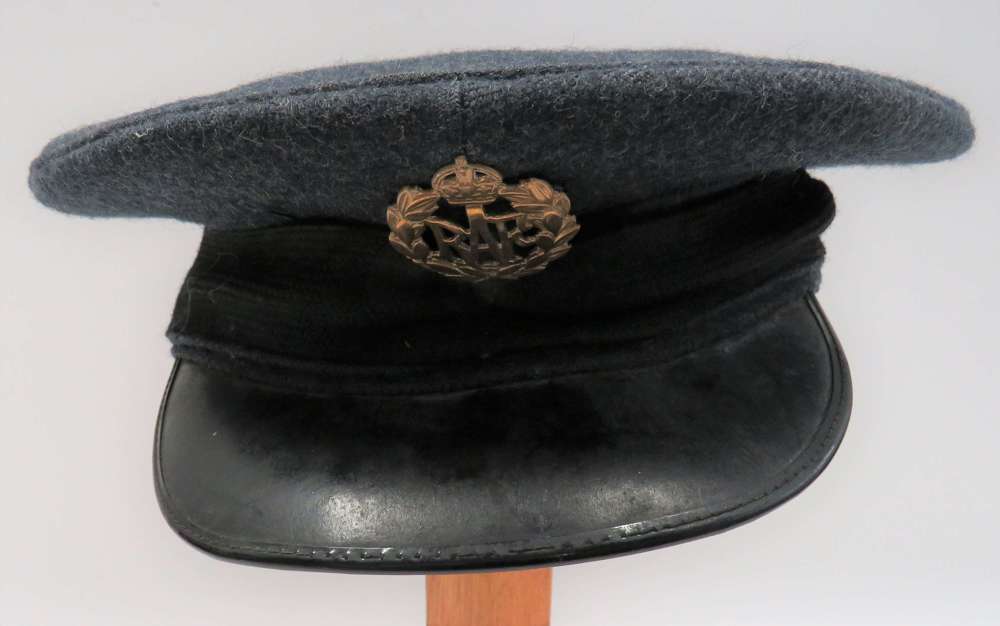 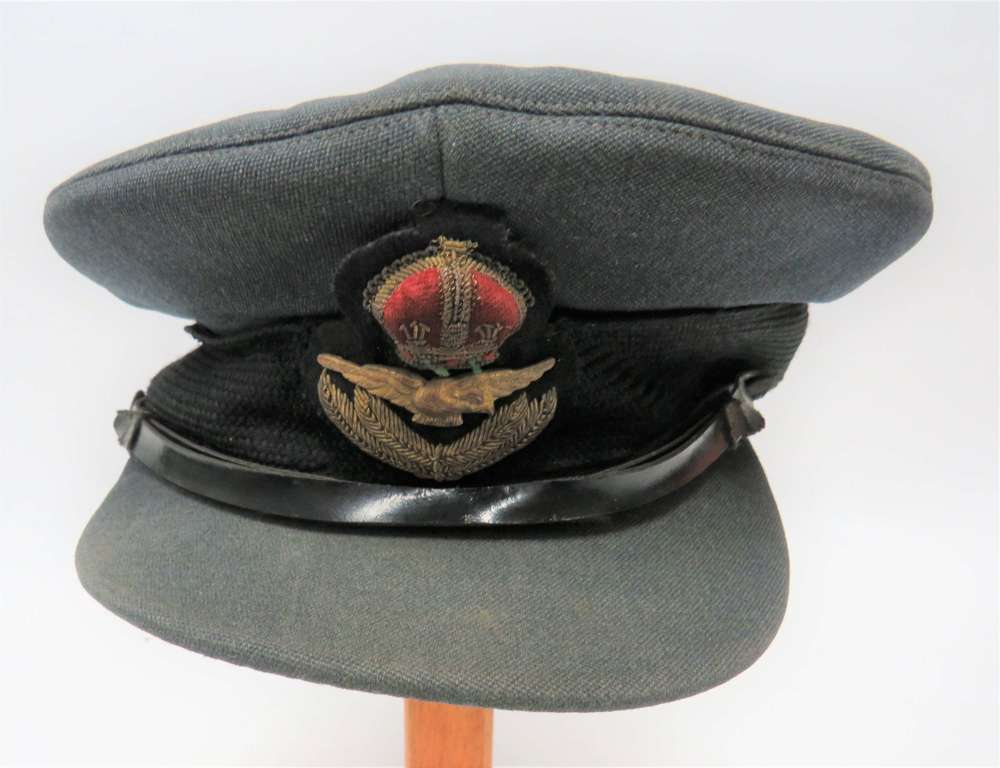