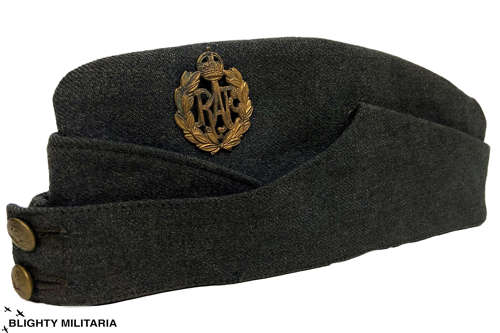 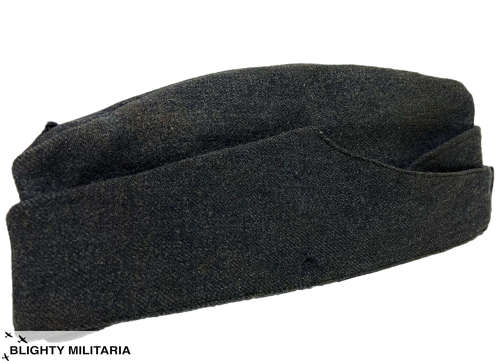 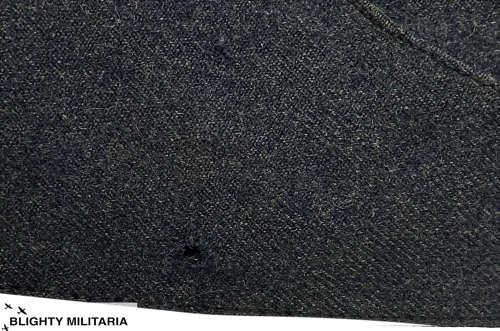 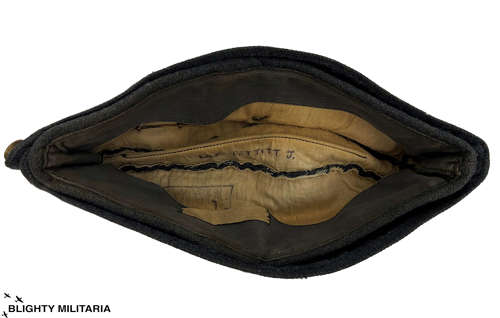 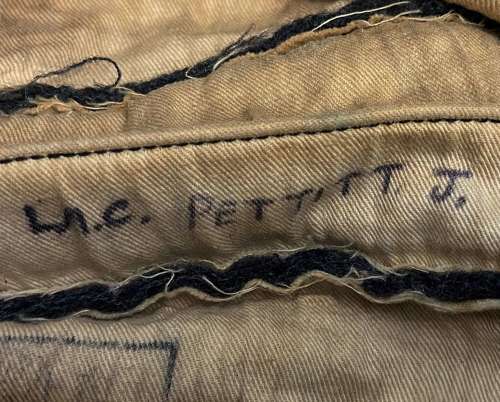 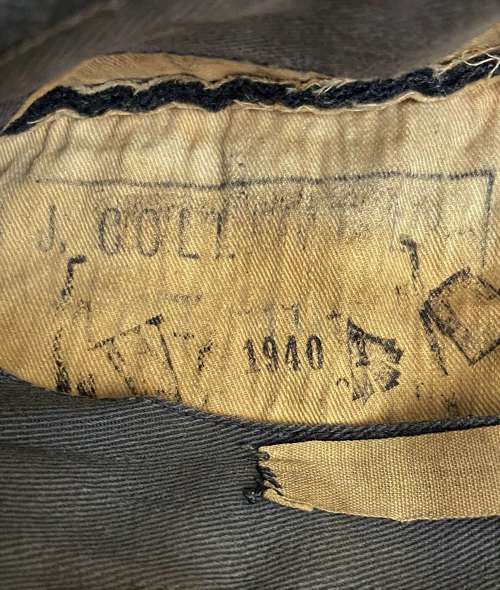 The original maker's stamp is still visible to the interior and bears the name 'J. Colleet Ltd'. There is what looks to be a spurious 1940 date as this style of J Collett stamp usually dates from around 1942. It is an original wartime cap either way. The original owner has added his name to the interior using ink which reads 'L.A.C.  Pettitt J'.

The condition of the cap is good as can be seen in the photographs. It only shows minimal signs of wear, mainly to the interior and there are some flaws to the exterior as shown in the pictures. It has been well worn and has that lovely used look to it.

A good wartime example of this RAF hat which would make a nice addition to a Second World War RAF collection.