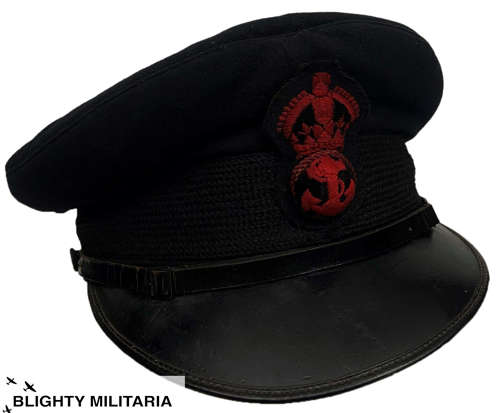 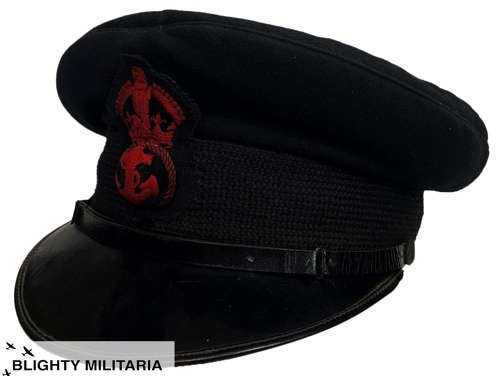 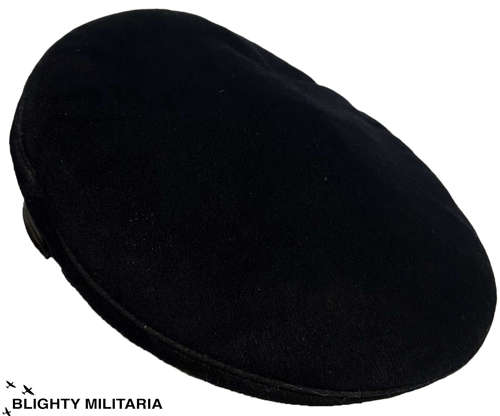 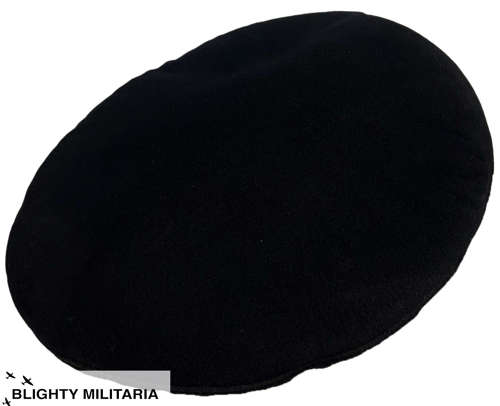 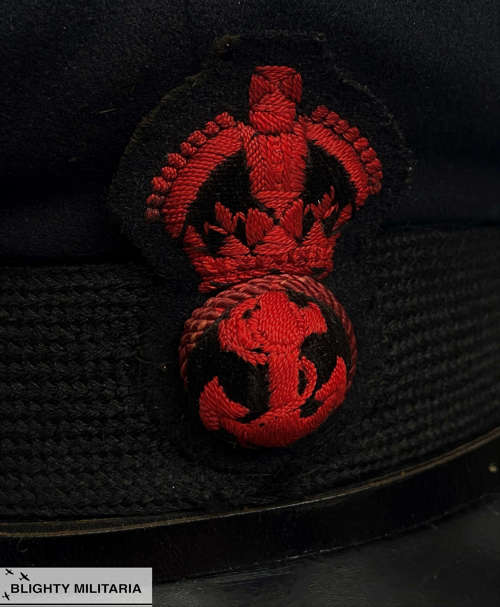 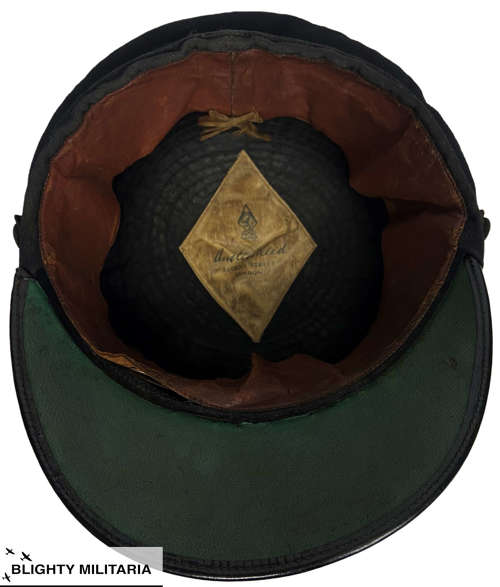 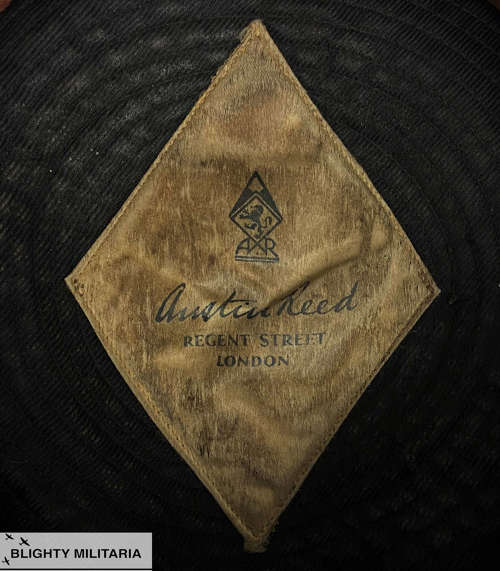 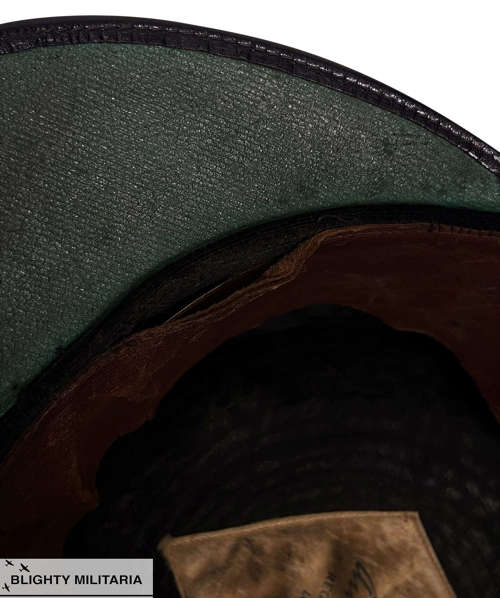 This cap belonged to a Class III rating who served with the Royal Australian Navy and his jacket will be listed shortly. It is a British made example and identical to those worn by members of the British Royal Navy.

The cap is an early example and may be of pre-war manufacture. Typical early traits include the deep leather sweatband which is fitted to the interior, the padded top with circular stitching and the green underside of the peak. The cap is also fitted with a pre-war pattern cap badge which is heavily padded and another indicator of manufacture date. The crown of the cap is padded and both the peak and chin strap are leather.

Inside the cap the original maker's label is still present and features the name of Austin Reed along with the graphics used during this period.

The overall condition of the cap is very good with some signs of age and wear. It displays very well on the whole with no serious flaws. There is a small area where the stitching has come away at the headband which is illustrated in the pictures.

Altogether a fine example of this rare to find cap!