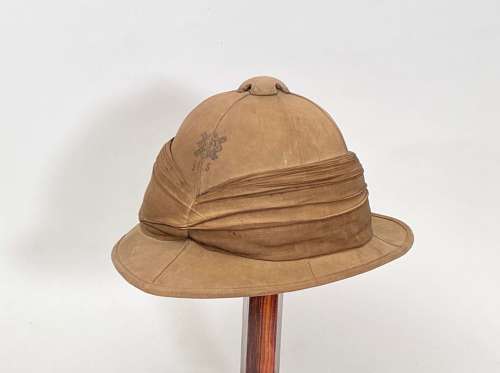 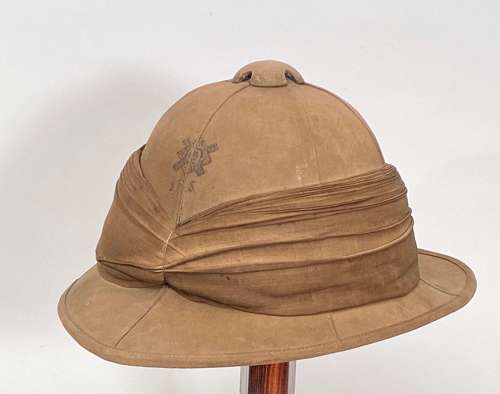 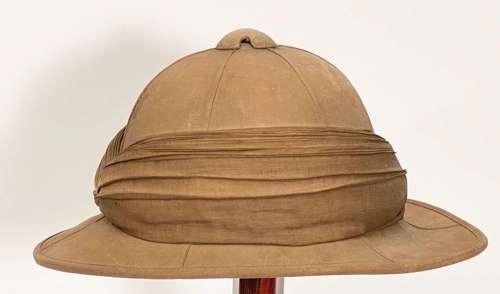 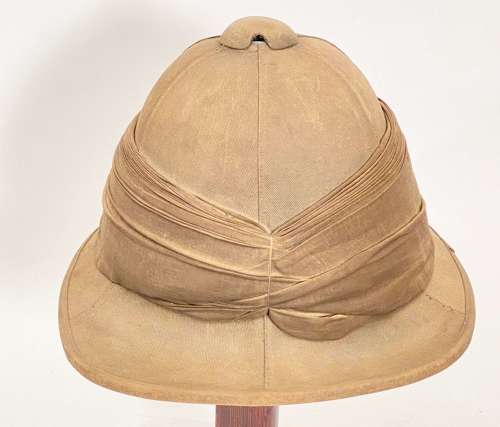 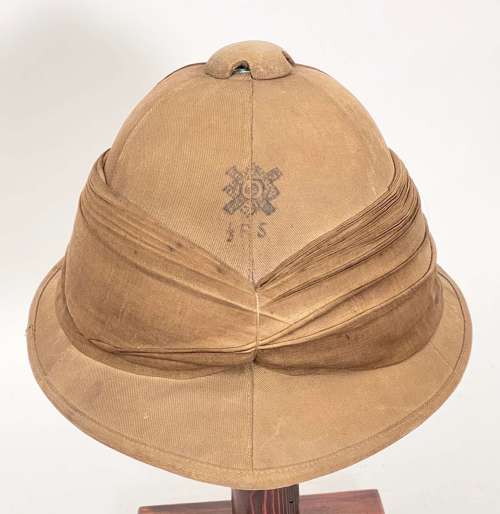 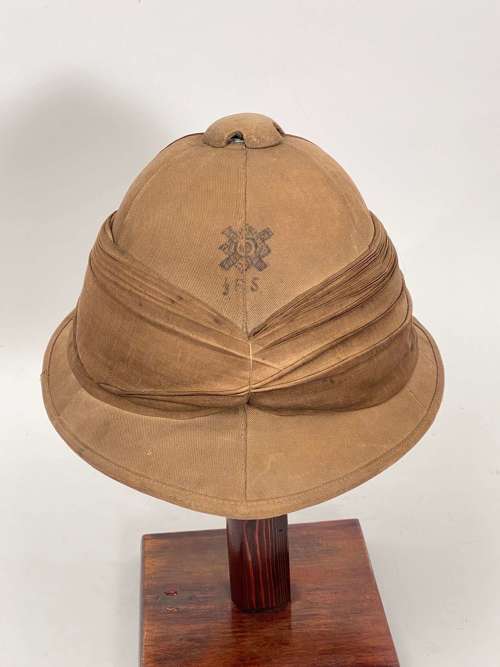 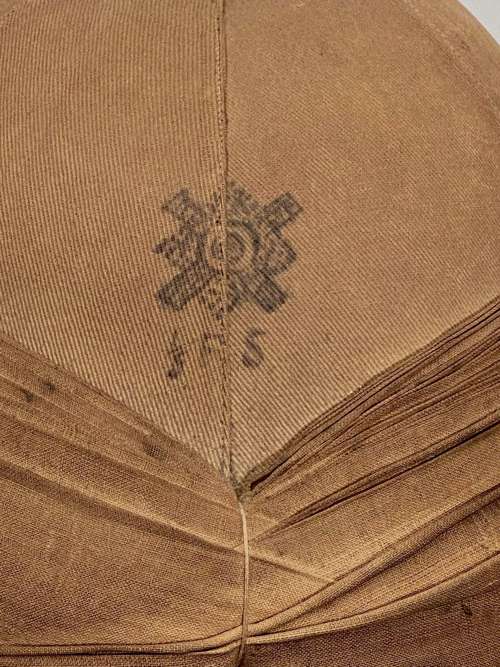 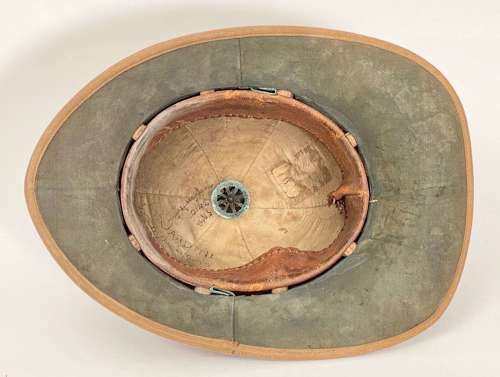 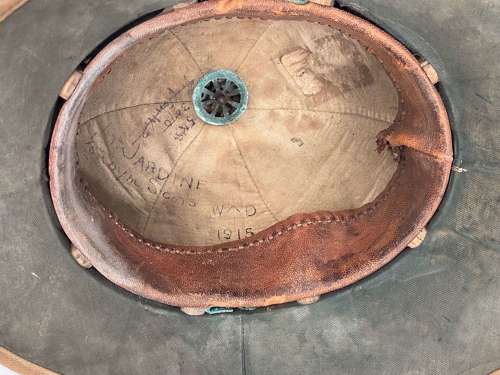 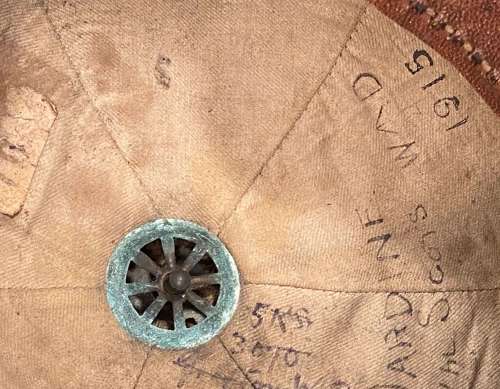 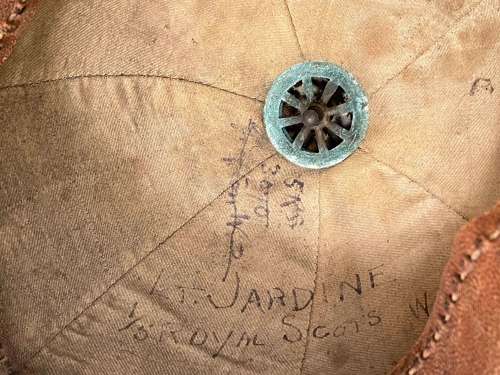 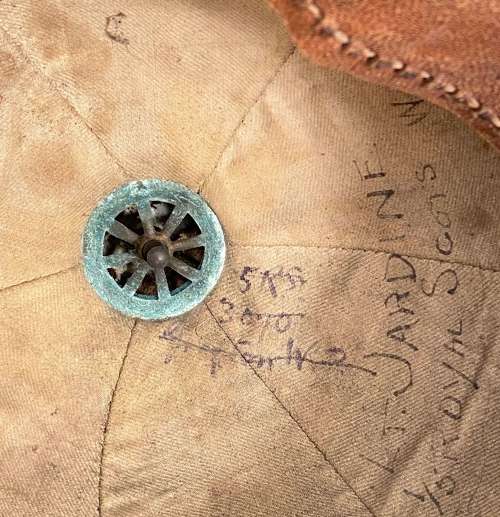 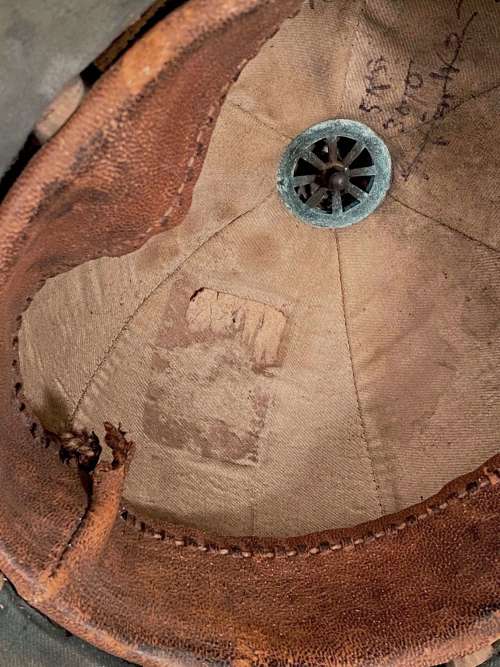 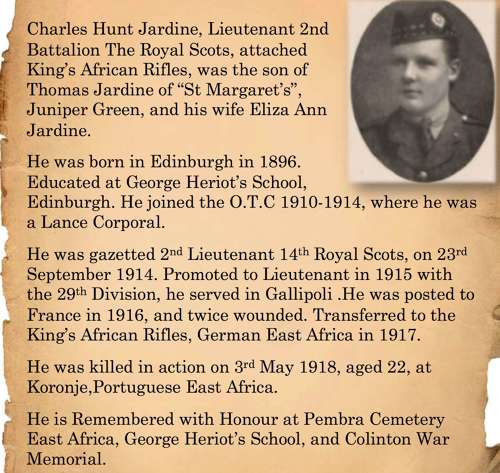 A good and historical regimental example, worn by Private William Percy Grafton who was Killed in Action at Gallipoli and was then used on the Gallipoli beaches by Lieutenant Charles Hunt Jardine, who would survive the campaign, the trenches of France and Flanders, only to be Killed in Action whilst attached to the King’s African Rifles in East Africa.

This issue pattern "Sun" Helmet retains original thick pagri, to the front an ink Royal Scots cap badge with 1/5 RS below. The interior with leather sweatband and to the lining cloth a fragment of the original paper label,  an ink WD 1915 stamp. Also with ink names: “5 RS 3070 Grafton W.”  This has been crossed out and a second name LT. JARDINE 1/5 ROYAL SCOTS can be seen
Chinstrap absent. Otherwise good untouched dusty condition

3070 Private William Percy Grafton from Edinburgh was a pre war Territorial having served with the 1st / 5th Bn Royal Scots, he rejoined in December 1914. He embarked with the Battalion on the 23rd May 1915 and landed at Gallipoli. He was Killed in Action on the 28th June 1915.

Lieutenant Charles Hunt Jardine was originally commissioned into the 14th Bn Royal Scots a New Army Reserve Battalion on the 23rd September 1914 he is confirmed as serving with the Royal Scots at Gallipoli. Being evacuated and posted to France in 1916 he was wounded on two occasions. Recovering in 1917 he wast attached to the Kings African Rifles and posted to German East Africa, I assume his old sun helmet was once again used as remaining in his personal kit. On the 3rd May 1918 he was Killed in Action at Koronje Portuguese East Africa