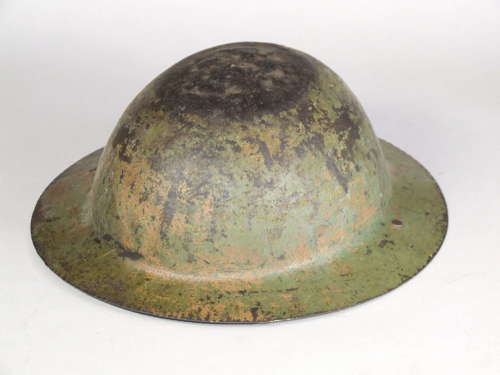 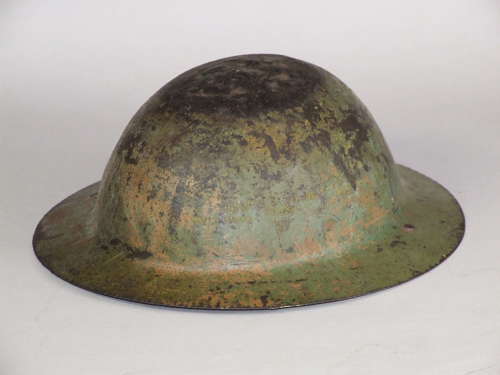 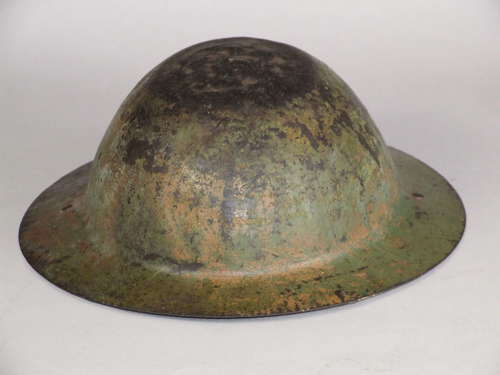 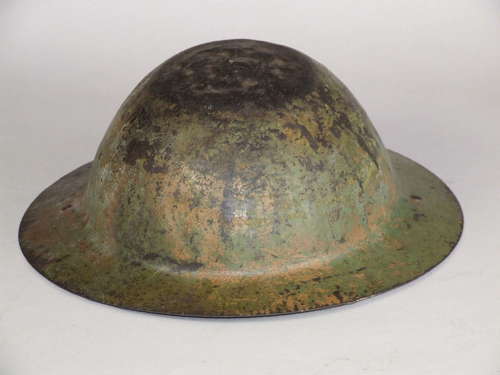 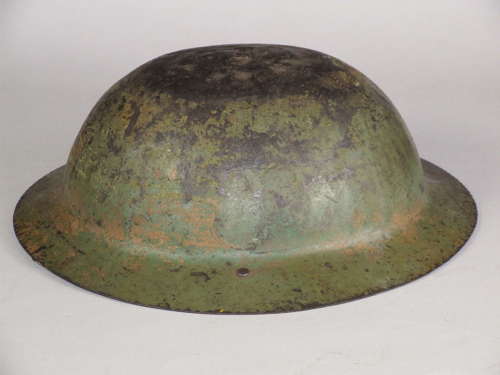 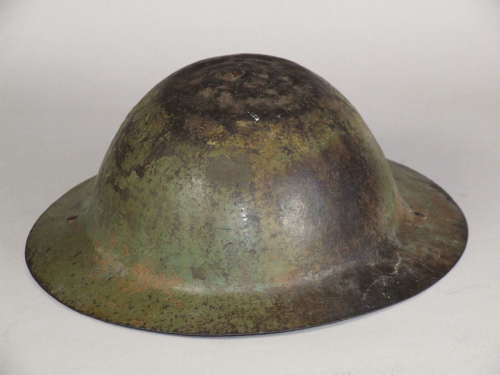 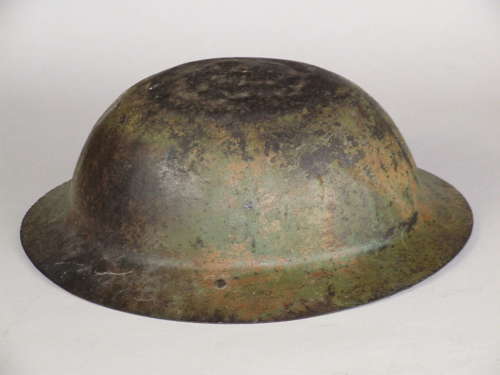 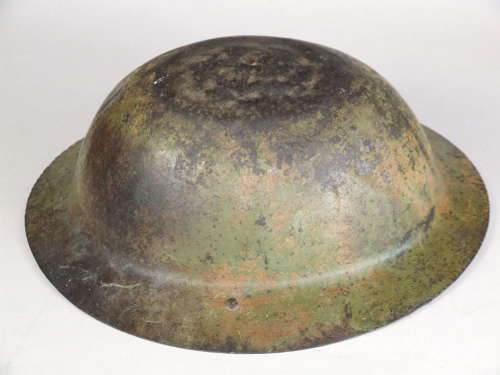 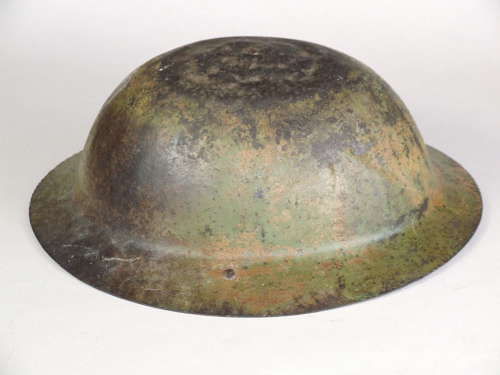 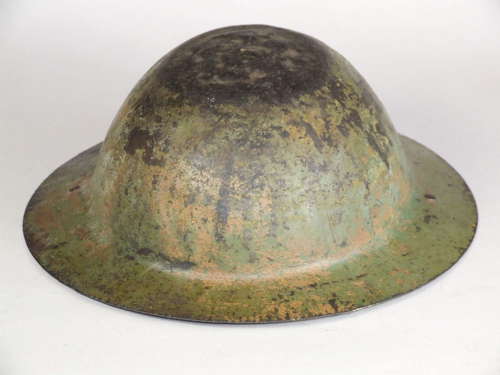 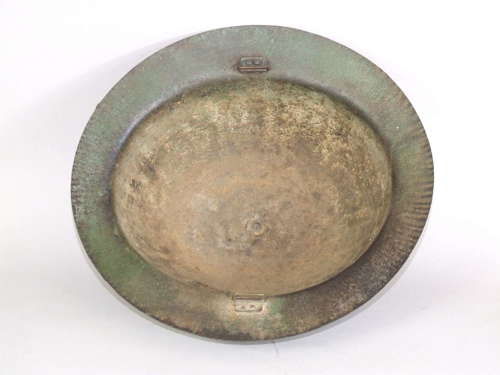 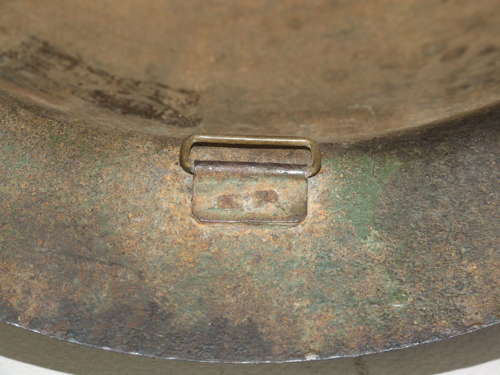 Whilst it is true this WW1 raw edge Brodie Helmet is very service used and devoid of its liner and chinstrap, the example here is much rarer than the norm in that it is a “War Office” First Pattern Brodie of very early manufacture. Of great significance, it still retains its seldom seen 1915 Brodie conceived Camouflage Paintwork.

In September 1915 the British Army trialled two types of raw edge shrapnel Helmet invented by John Brodie, the Type “A” and the Type “B”. Both experimental helmets were trialled with a very distinctive Camouflage Paintwork especially created by Brodie himself for his Helmets. This special camouflage consisted of irregular swathes of Apple Green and Light Tan paint with then occasionally the odd minor bit of Pale Blue paint added.

The Helmet trials led to the “War Office” Pattern Brodie Helmet being adopted by the British army in October 1915, this in essence was the Type “A” trial helmet but manufactured in a stronger steel.

First Pattern Brodie Helmets are usually recognised by collectors from their pattern-specific “tongued” liner and two piece chin strap, both of which are absent here. One can however still easily distinguish this to be a First Pattern raw edge Brodie from its narrow chin strap bales. By 1916 the chin strap bales, a known weak point, were made stronger by enlarging the width. These improved wider chin strap bales were then formally taken up by the subsequent MK 1 Brodie Helmet in mid 1916.

What makes this First Pattern Brodie even rarer than usual is the fact it retains Brodie’s special Camouflage Paintwork inherited from the Type “A” & “B” trial Helmets. This was only done on the early runs of the “War Office” First Pattern Brodie, dating this particular Helmet to the autumn/winter of 1915.

By1916 to simplify manufacture Brodie's special Camouflage was abandoned and just the solitary Apple Green coloured paint employed on War Office First Patterns. By mid 1916 this then too was abandoned as deemed too reflective and a darker grey/green matt paint mixed with sand used instead. This new darker matt paintwork was also ordered to be overpainted on Helmets already issued, this only adding to the extreme scarcity of surviving examples of Brodie’s early Camouflage Paintwork today.

The Helmet has suffered considerable service paint loss and denting to the crown, however aside from this it is in good condition overall with much of the special early Camouflage Paintwork still evident. It is marked FS 8 to the inside rim, this the steel manufacturer’s code and standing for Thomas Firth & Sons of Sheffield who were very first firm to provide the stronger steel for these Helmets in 1915.

Other items in Helmet accessories & spares

View all in Helmet accessories & spares