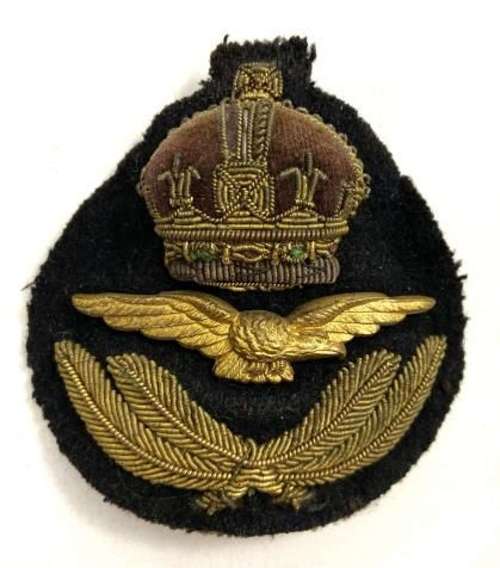 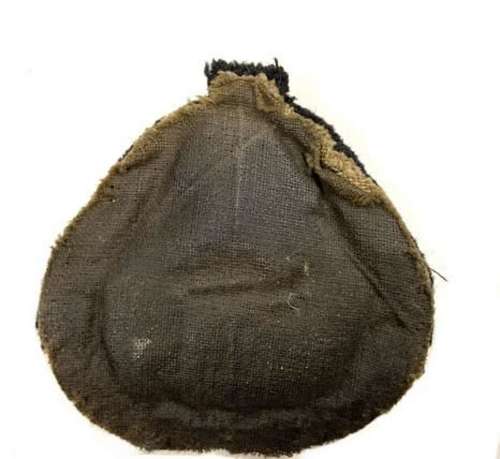 An early original example of the RAF officers cap badge as worn on the front of the peaked cap.

This badge is a instantly recognisable as an early example by its shape. Rather than the standard pattern seen throughout the Second World War which is straight cut above the brass eagle, this early example features a constant curve.

The badge is in good condition with a small amount of wear to the bullion as can be expected from a badge of this age. Overall it displays well.

A nice early badge which would be ideal for the Battle of Britain collector!