A scarce example of the Mk1* steel helmet, the precursor to the MKII developed from 1937 into the outbreak of war.

The basic principle involved recycling Great War helmet shells and refitting them with newer MkI liners and sprung chinstraps in order to meet the ever increasing demand for helmets. The Mk1* helmets varied greatly from the rimless War Office/ 'A' pattern shells to the later war rimmed 'B' pattern shells. Some shells were re-fitted with new chinstrap mounts, while others retained their factory fittings with straps being retrofitted with wire and sometimes string.

This example was built using a shell marked H V with 53 below. This indicates it was made by William Hutton & Sons with Vickers steel from around 1917-18. The shell was repainted and fitted with a MkI Vero made liner dated 1938, with the addition of new mounts and a sprung chinstrap. This helmet was likely assembled from parts around 1937-38.

The original dark green paint can be seen in places inside the shell from its Great War era finish. The service brown repaint was likely done at the time of the late 1930s assembly, given the finish to the chinstrap mounts. The next layer of paint is a standard khaki green finish with light texturising, this was a standard repaint for frontline service BEF troops from 1939-1940. The textured khaki green is limited to the top of the helmet and not underneath the rim, giving a clear picture of its various finishes. On either side is evidence of the removal of a pair of unit flashes, that have been rubbed and scratched off. This was possibly a unit order removal or perhaps re-issue. The flashes are unfortunately unidentifiable, though the outline appears to be a tall tree shaped flash with some traces of red paint in places. A service number has been scratched into the inside of the rim, it is difficult to make out but appears to read '5222'. It is not known which issue this is from. The overall finish to the outer shell retains around 85% of the original finish and is certainly pleasing to the eye.

The liner has some surface cracking from use but is in solid shape retaining all cushion pads and tightening string. It is marked Vero 6 3/4 1938 and is the early MKI crown type. The chinstrap is the early webbing sprung type, unusually bearing evidence of light 97 shade blanco to the fabric coverings.

Overall an excellent opportunity to obtain a scarce and short lived MK1* helmet, that have become increasingly hard to obtain. 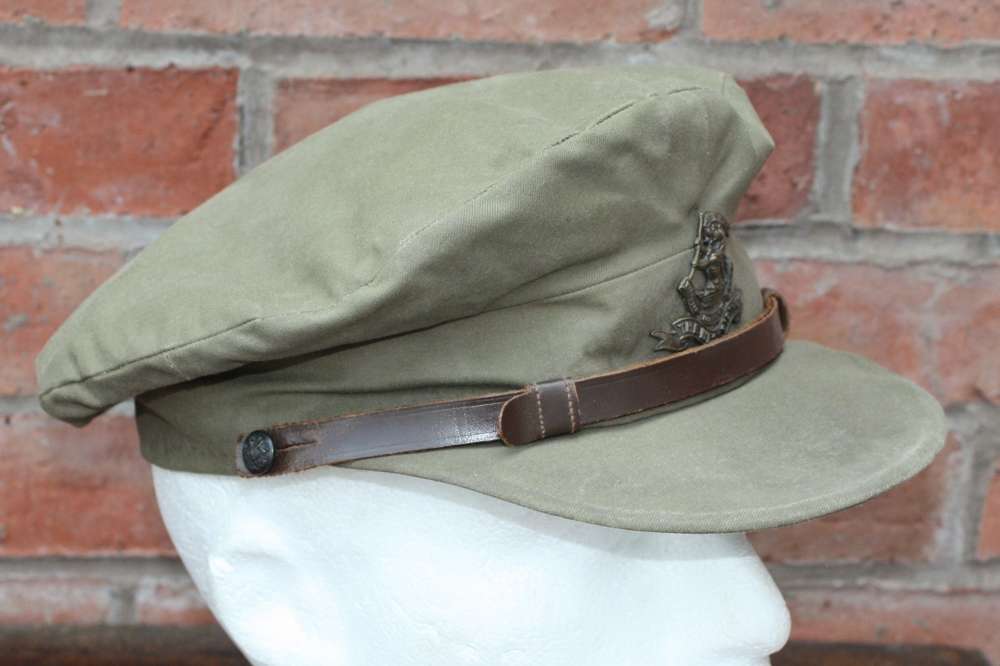 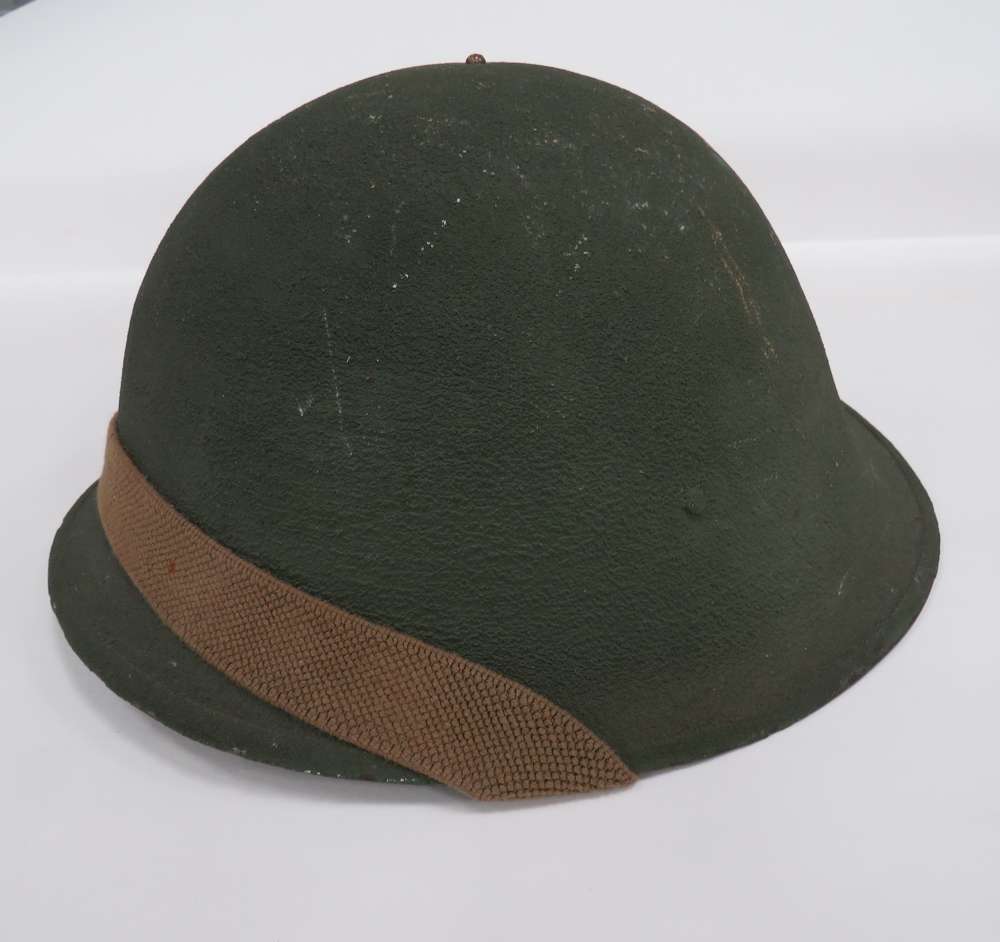 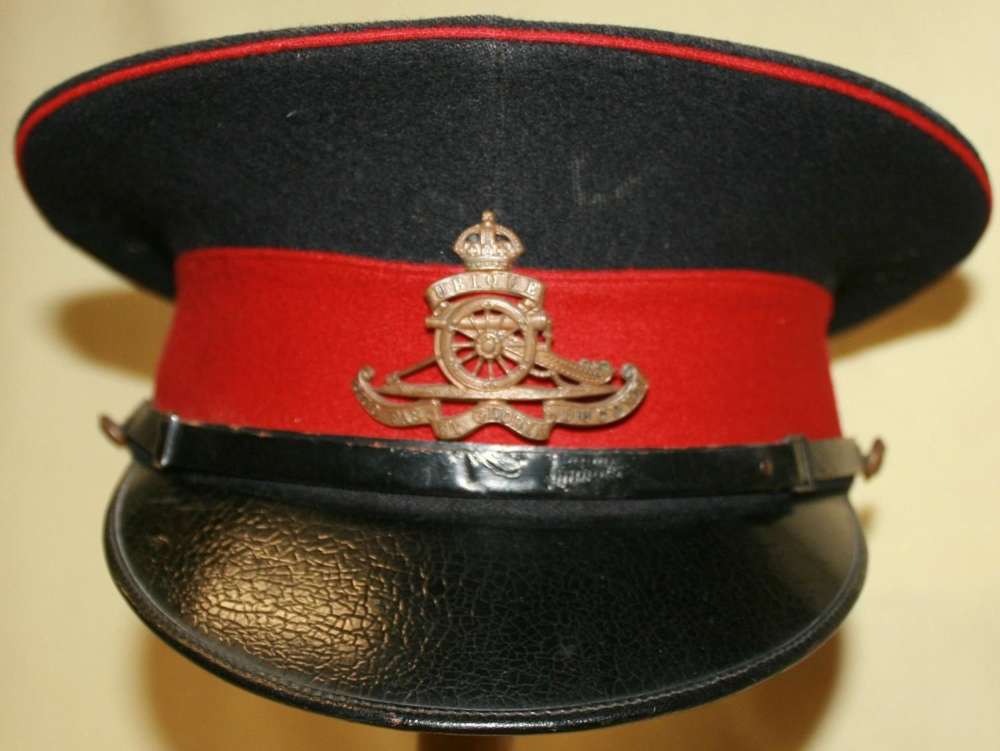