A fantastic, honest example of the late war rimmed steel helmet as used by all British and Commonwealth troops, dating to around 1917. This example has clearly been worn by an officer, owing to the handwritten name 'LIEUT MILLER' on the inner part of the chinstrap attached to the liner.

This helmet was made by 'James Dixon & Sons Ltd' of Sheffield, using 'Edgar Allen & Co Ltd' Sheffield (steel (heat/batch number 115). It was likely assembled sometime in 1917, owing to the addition of the rim but pre-dating the use of the 'rubber doughnut' liner cushion seen in 1918. The shell has had a wartime dark green texturised repaint over the original factory brown finish, this being a very common practise throughout the war. The textured paint has now worn down over the years from handling, yet still retains its colour and feel for the majority. There is some light denting to the top as the pictures show, this is only light and is only to be expected with a field used helmet. The paint has some minor loss in places and some chipping to the rim, though there is large proportion of original finish remaining. The outer shell has what appears to be dried mud staining, indicating extensive field use. I would say that there has not been any effort to clean this helmet up, therefore it has a very honest and original patina.

The chinstrap bales and top rivet are in good solid shape, with the liner and chinstrap remaining firmly in place. The oilcloth liner is very pliable and has little evidence of dryness and cracking. the crown pad is also in very good shape, reamining thick with only some minor thinning to the centre. The red War Office Brodie ink stamp remains clear and largely legible. The chinstrap itself has some surface cracking/ flaking yet remains firm. 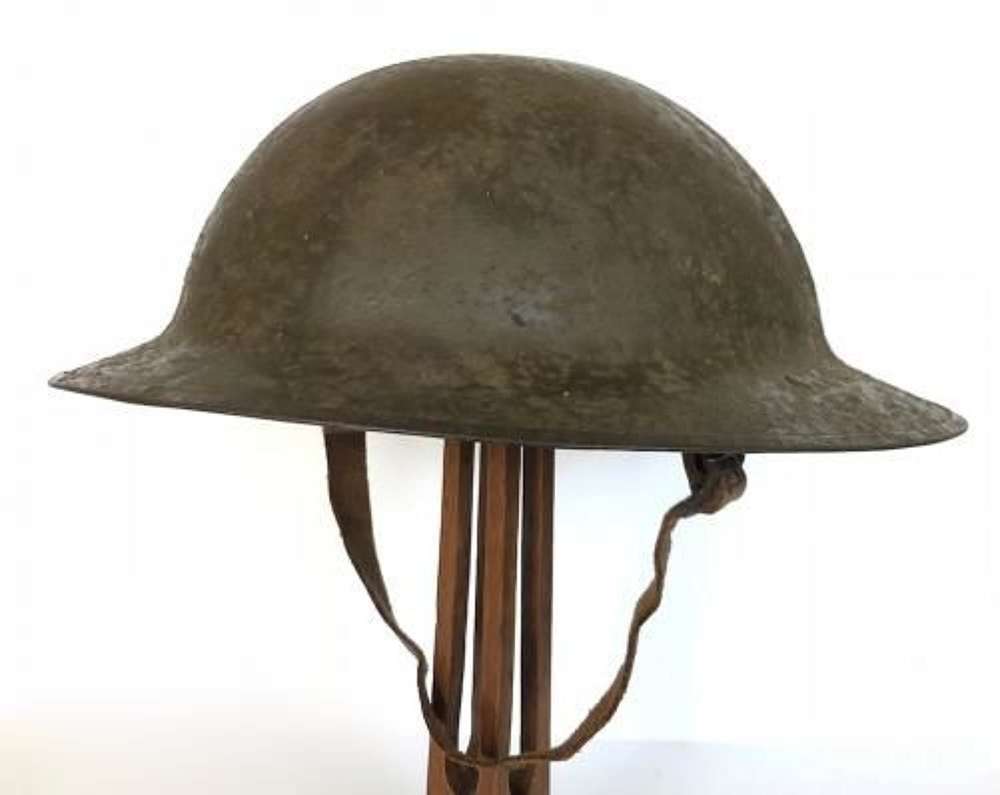 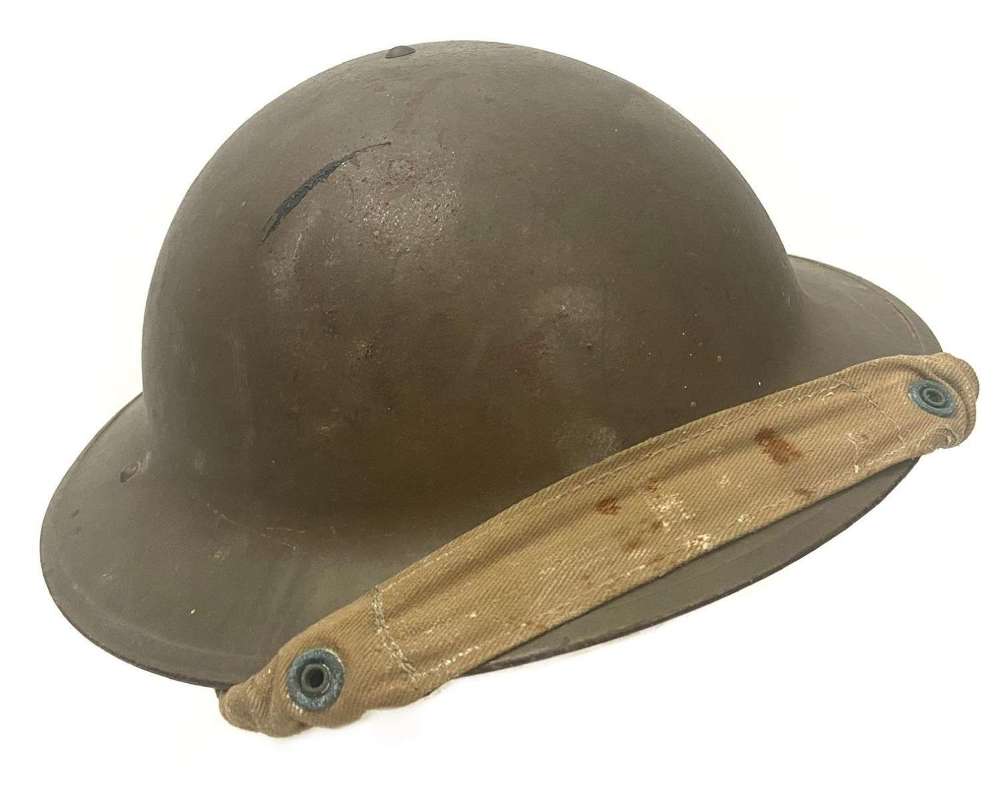 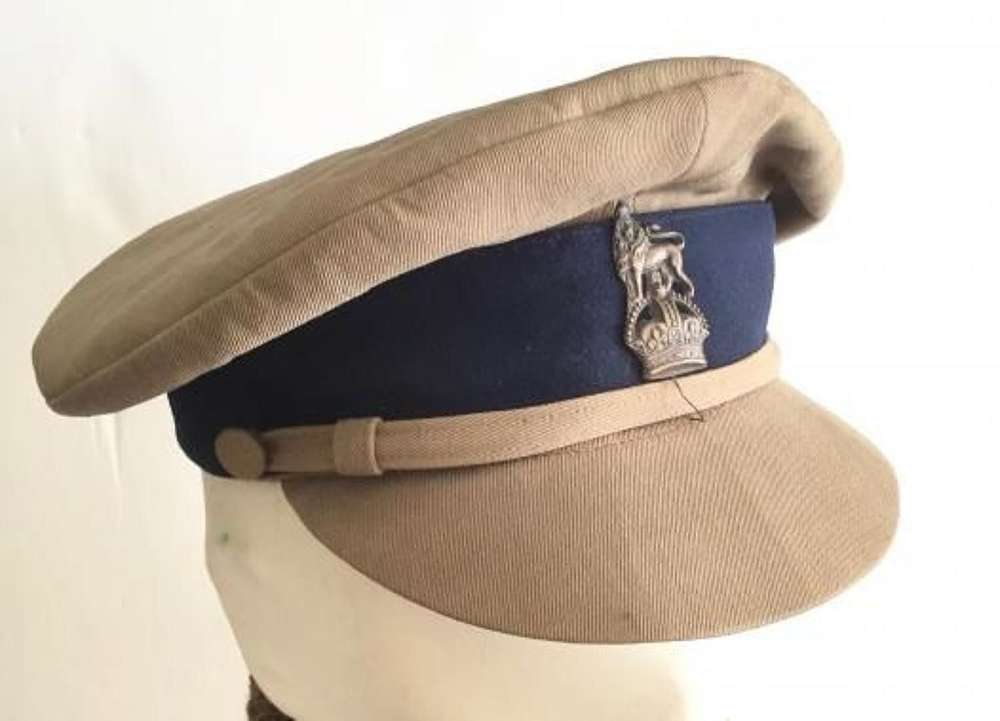