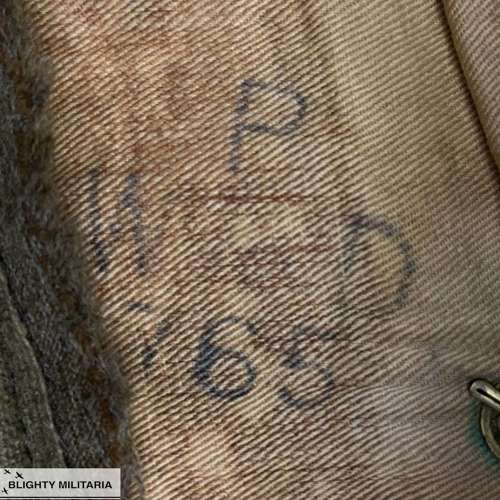 The maker marking and size are no longer present inside the cap although the War Department acceptance stamp is and is surmounted by the letter 'P' which denotes 1941 as the year of issue. There is no size marked but it is approximately a size 7 1/4 and measures 11 1/4" along the opening when laid flat.

The cap is in good condition as can be seen in the pictures. There are some signs of wear and there is some soiling to the interior.