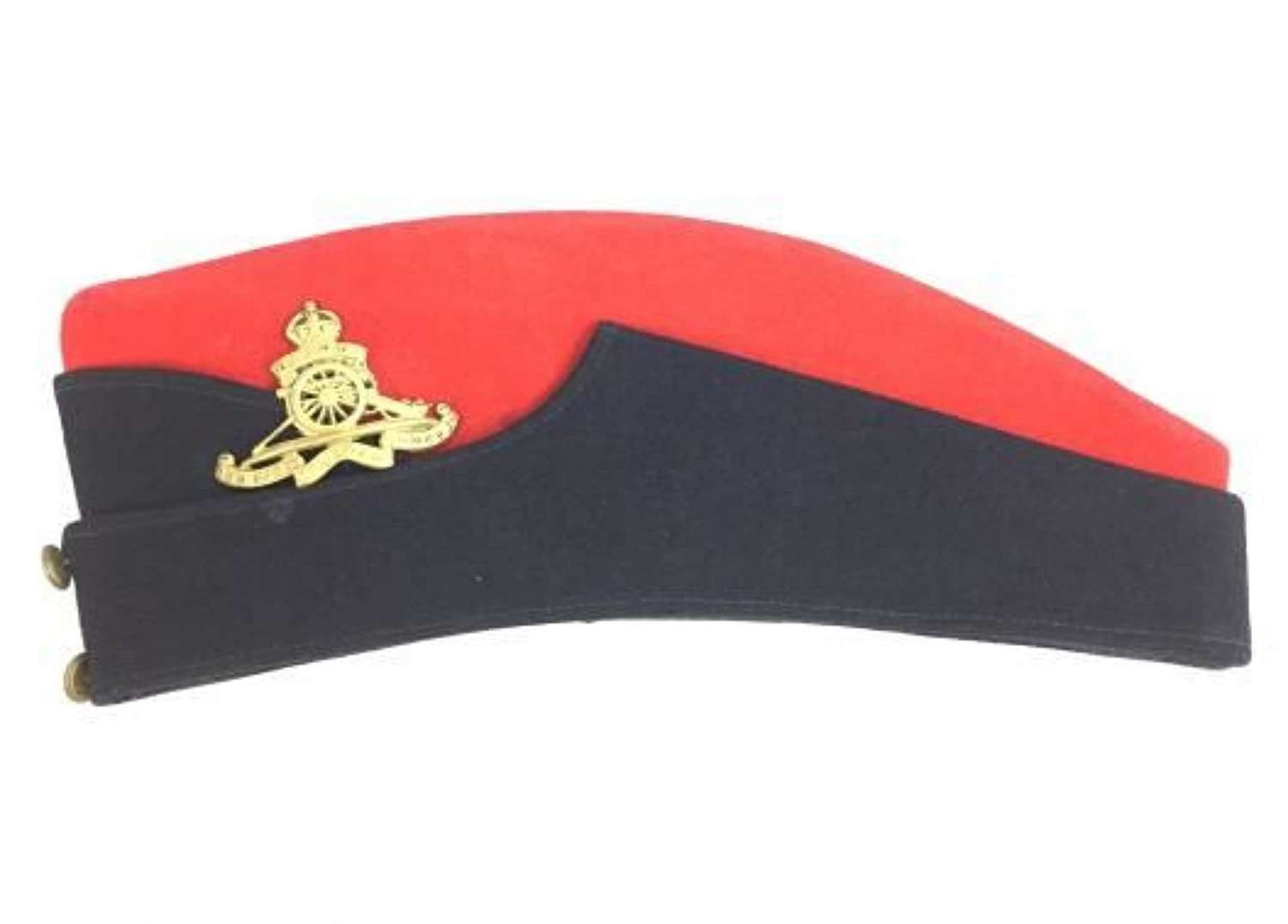 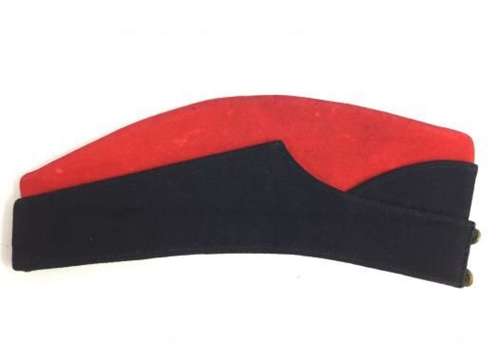 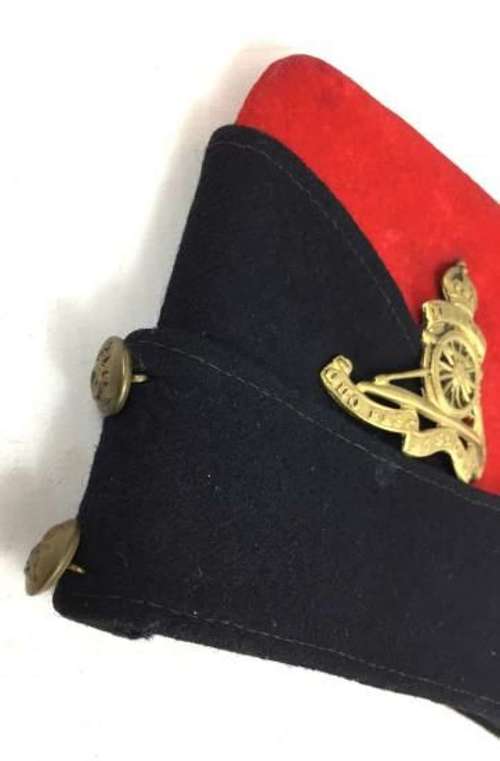 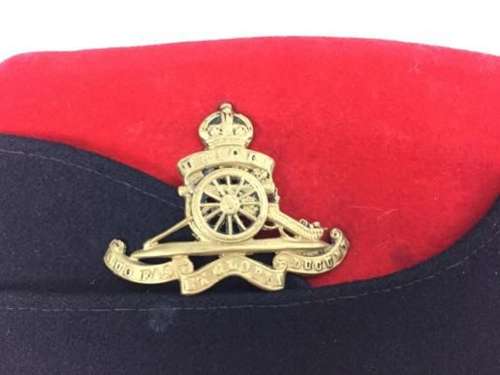 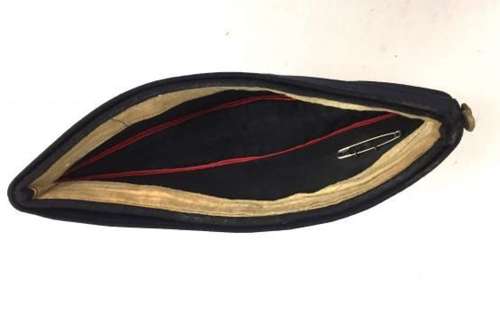 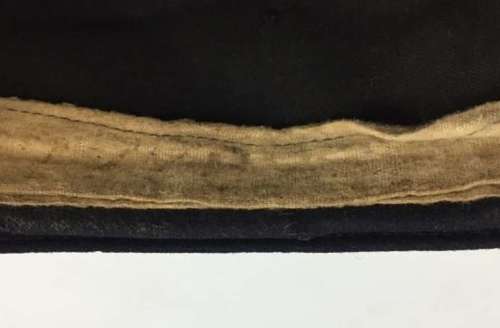 These caps were popular in the inter-war period and were worn with the No.1 blues uniform as well as with the standard Service Dress uniform on special occasions. They also saw limited use throughout the Second World War and made a nice alternative headdress when walking out or similar.

This example looks to date from the pre-war period judging by the interior. The corse lining used for the sweatband is typical of early headwear but it could easily have seen later use in WW2. The headband also shows traces of having a regimental number stamped onto it which is again typical of earlier items.

An original brass Kings crown cap badge is fitted to the cap and is held on by a safety pin concealed inside the hat. It is common to find such devices used to hold cap badges on and it is quite possibly the original badge to the hat. Two brass Royal Artillery buttons can be found affixed to the front of the cap.

The condition of the hat is reasonable although it does show various signs of age, particularly around the red section of the hat which has some discolouration to it. Light moth tracks are also visible to the outside of the hat.

All in all, a good pre-war hat. The price reflects the condition but it would none-the-less make a nice addition to a WW2 collection or similar. 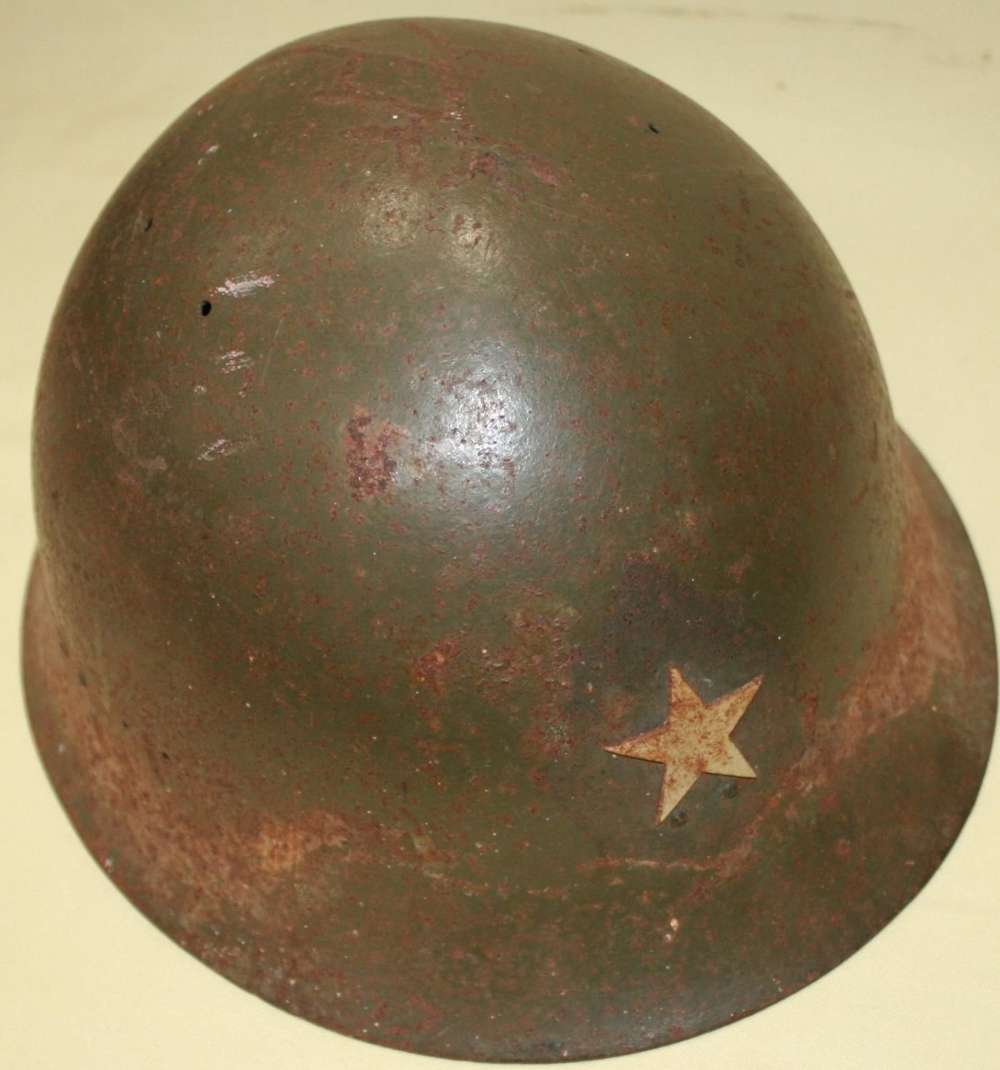 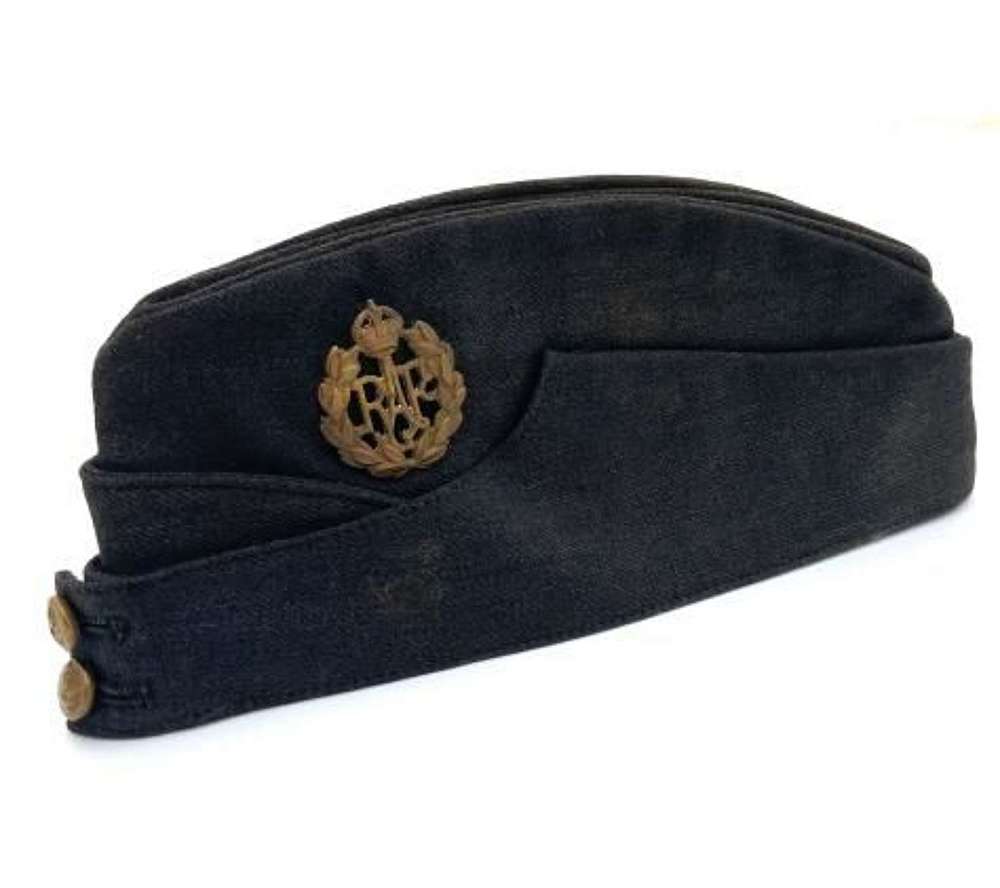 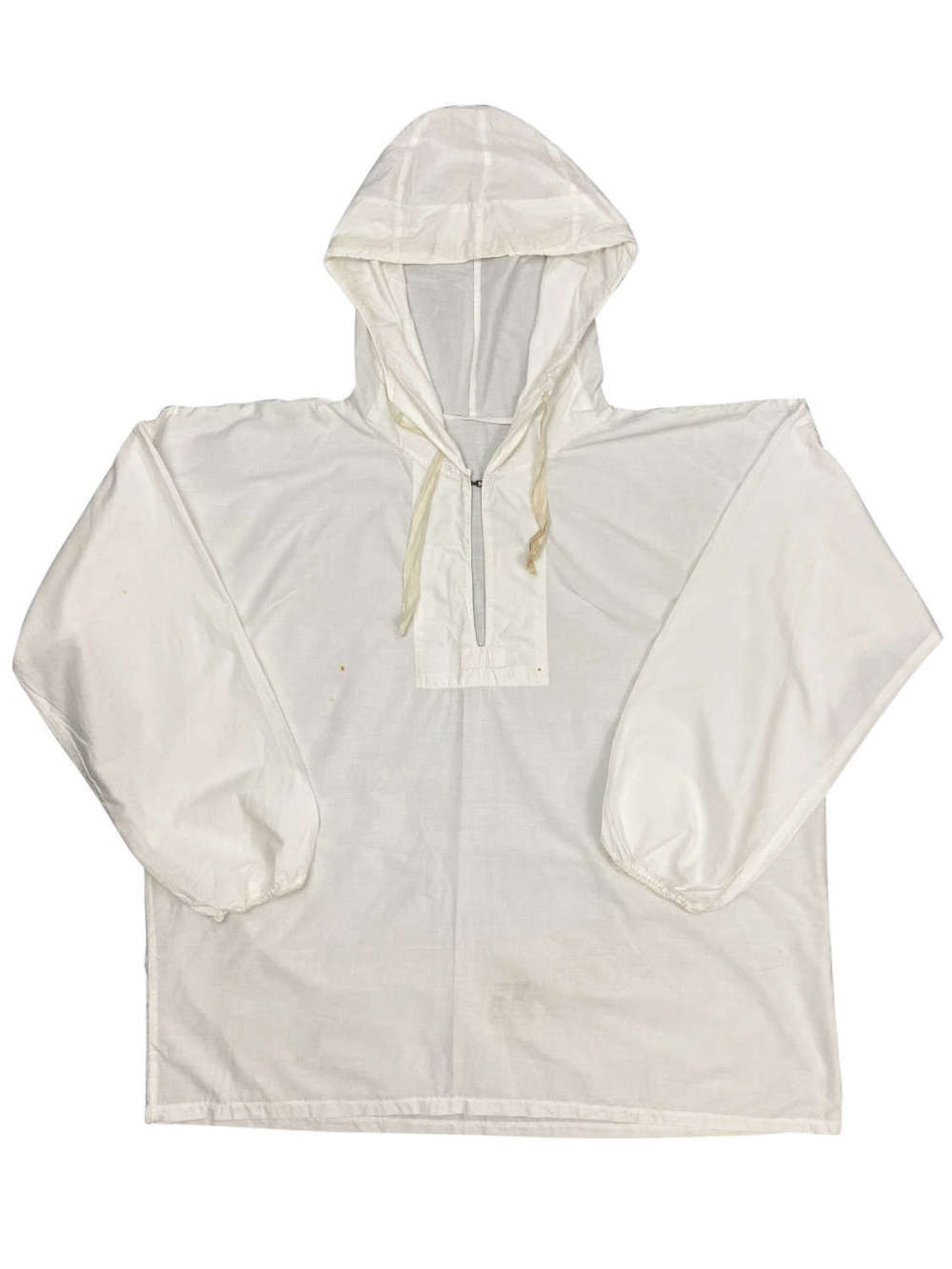 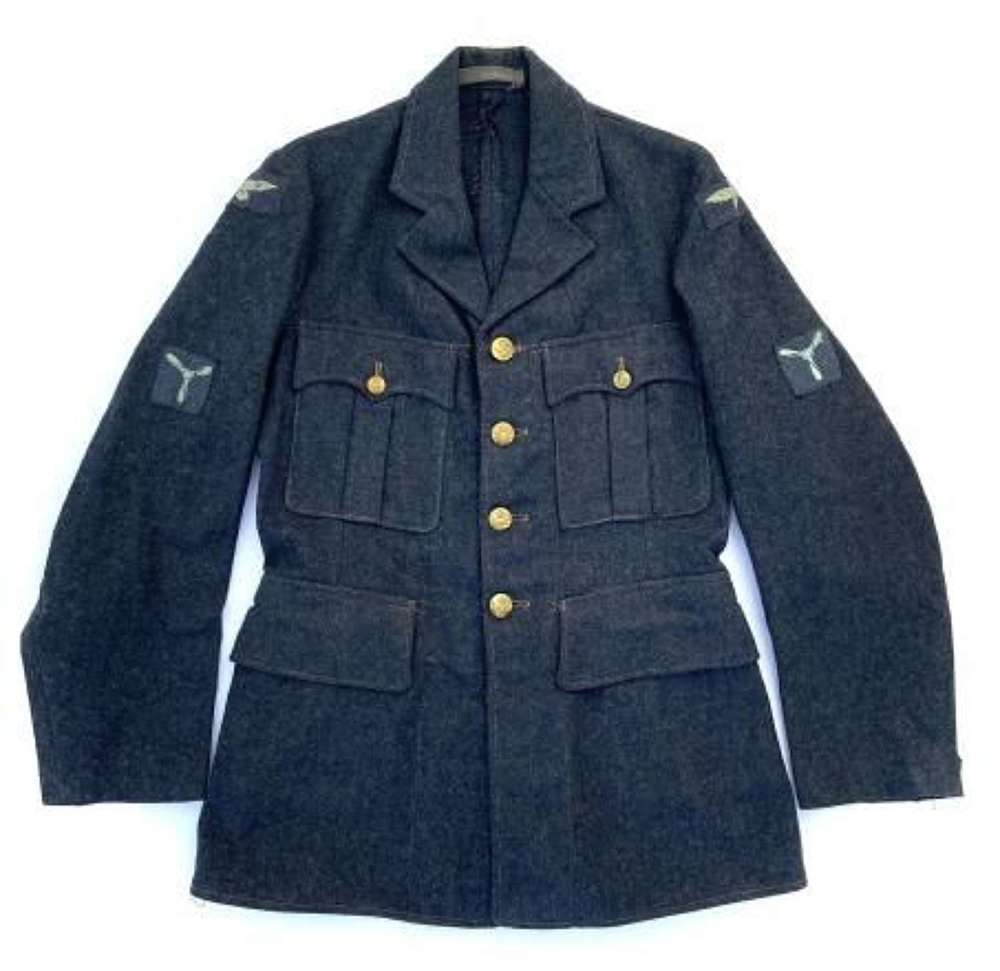 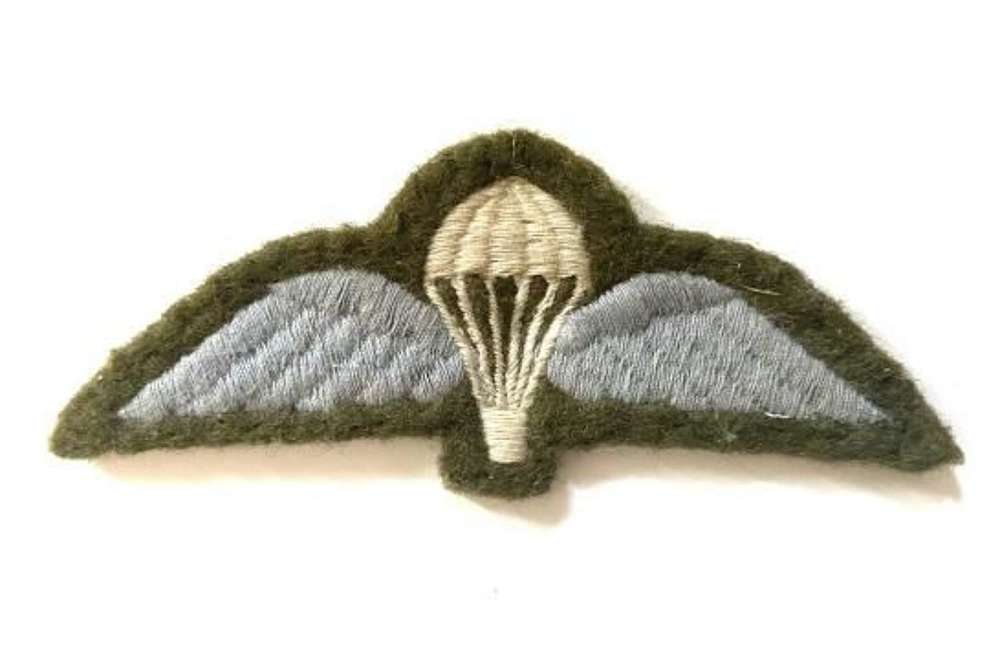 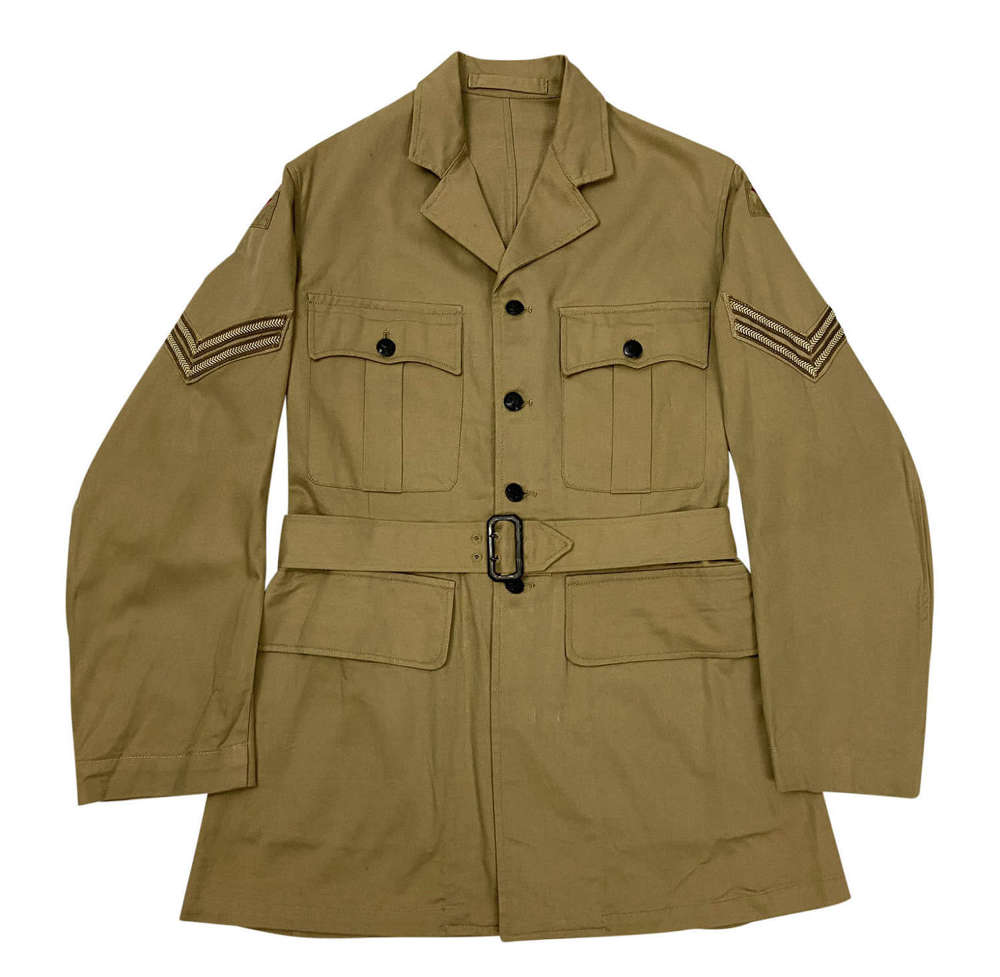