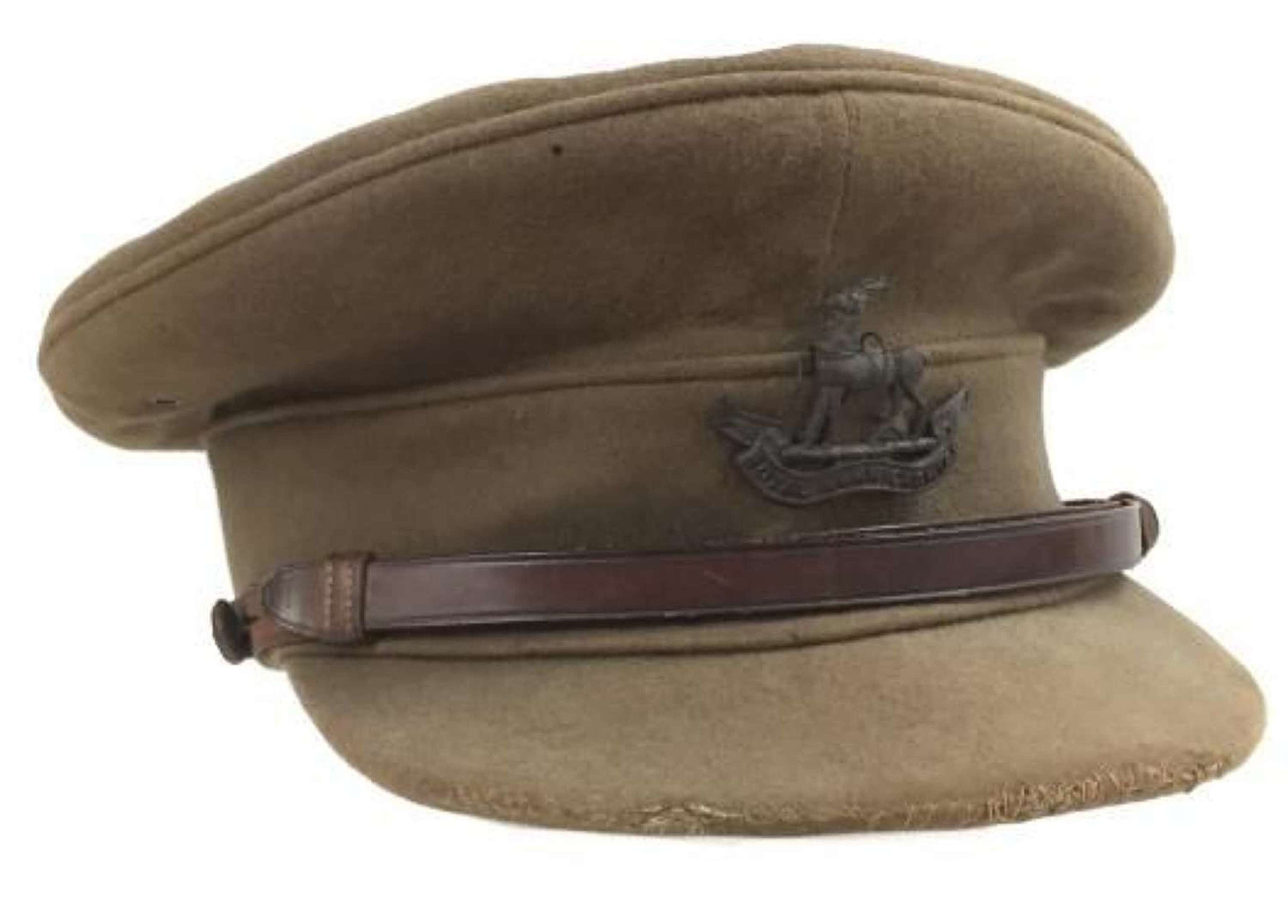 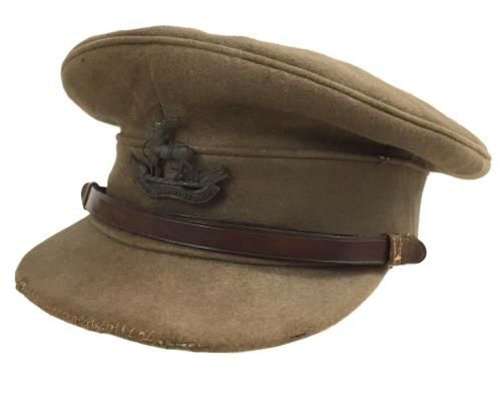 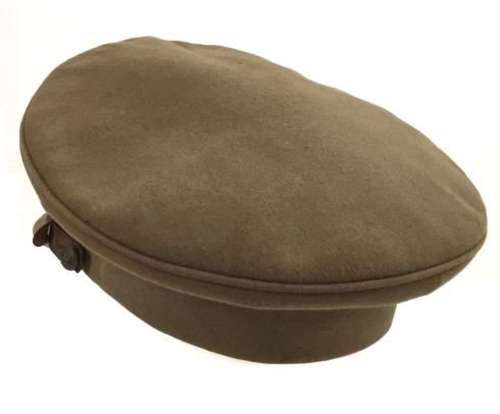 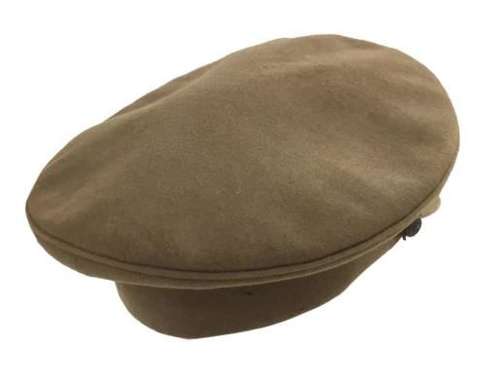 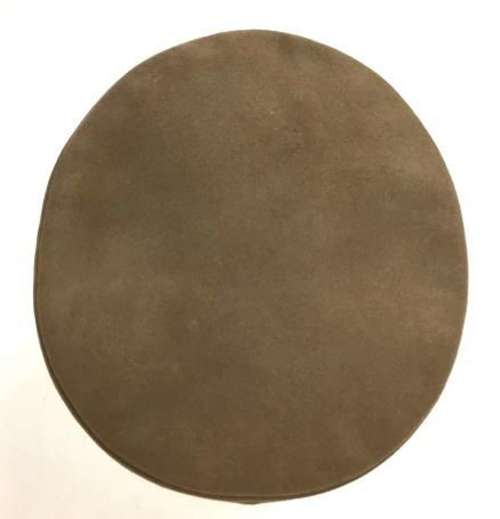 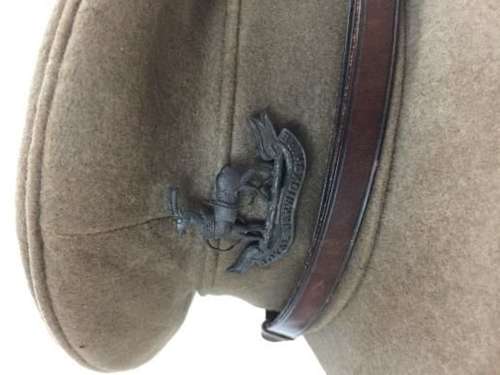 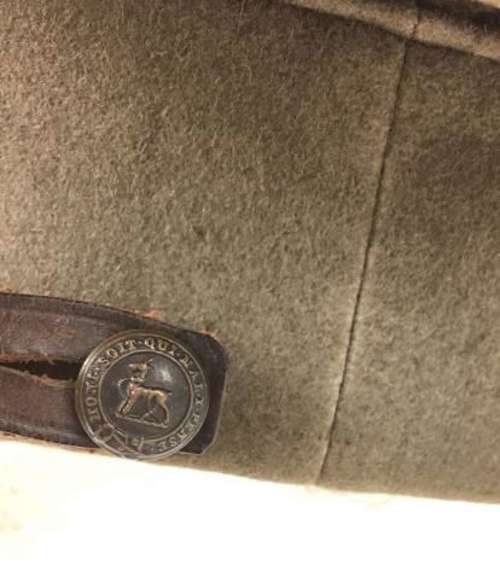 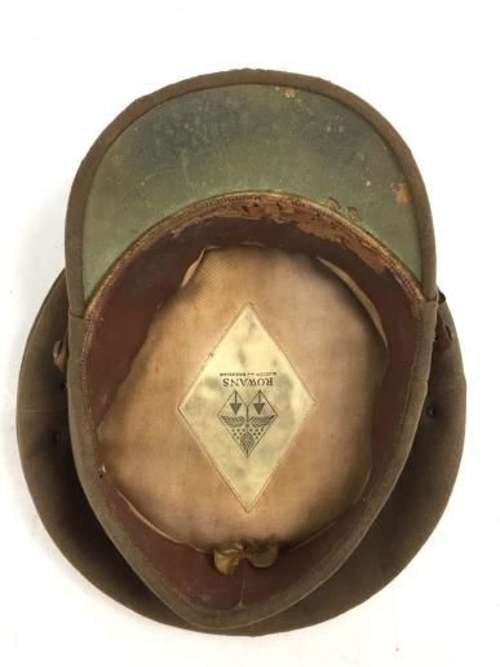 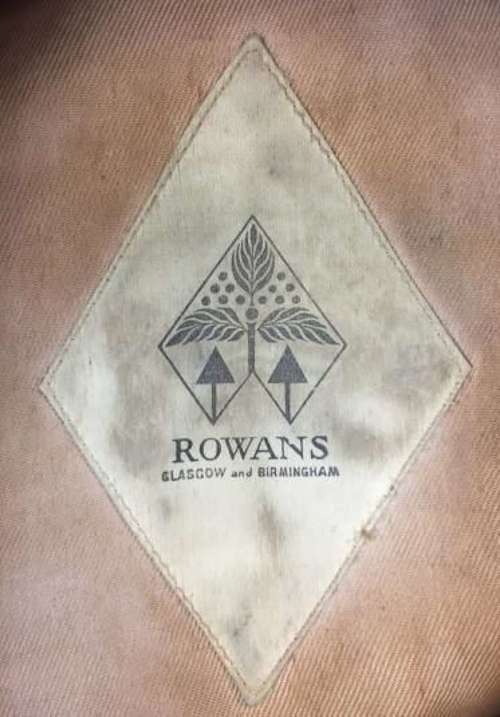 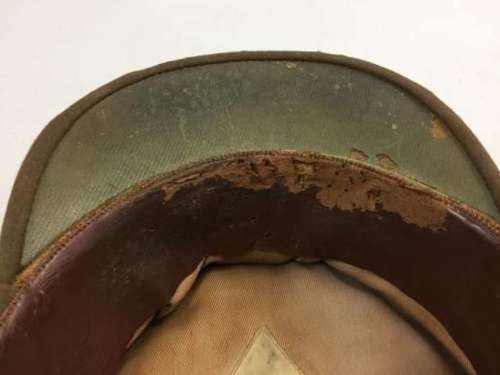 The hat retains its original makers label to the interior which reads ‘ Rowans, Glasgow and Birmingham’ which ties in nicely with the regiment the hat is attributed to. The leather sweatband is still intact, although with some damage; and is a good wide example as one would expect to find on an early manufactured cap.

The hat is around a size 7 and certainly no bigger. It fits a display head and presents well as the exterior condition is fairly good. The edge of the peak is very worn however and has a period repair along the front edge. The leather sweatband also has some damage as previously mentioned and there are the usual signs of wear and age. Please study the pictures as they form part of the description.

Overall a nice original hat to a county regiment. A very honest example which would make a great addition to a collection without a doubt. 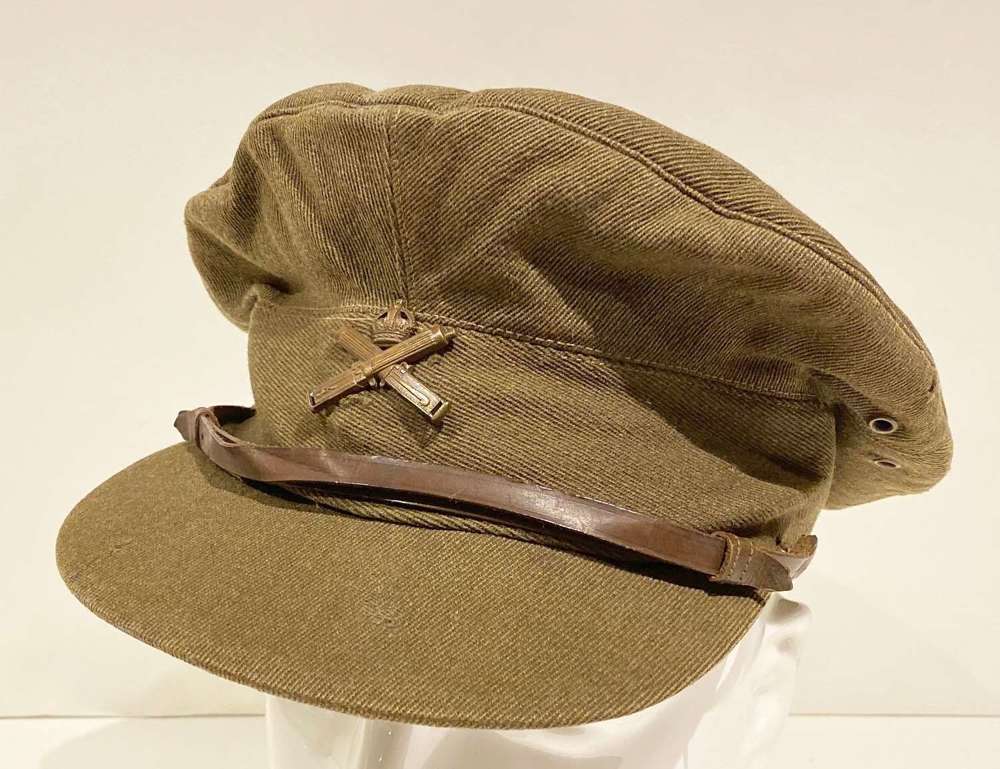 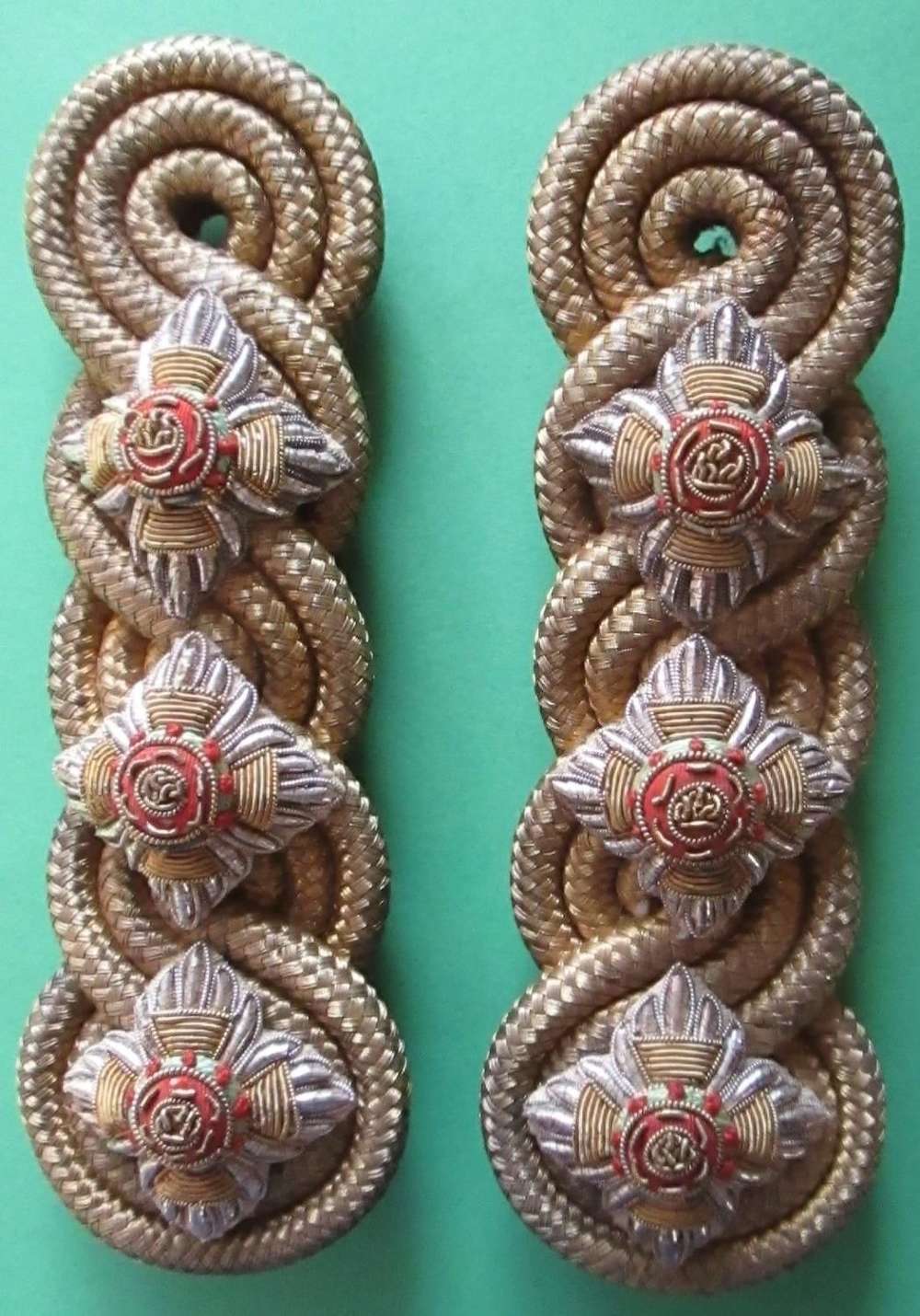 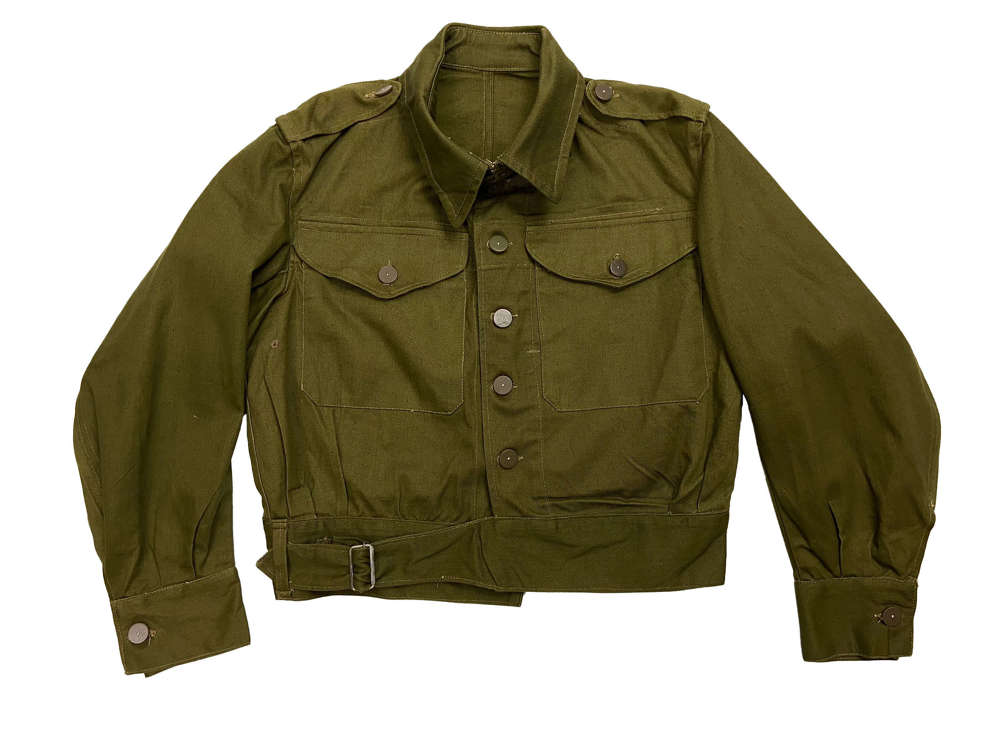 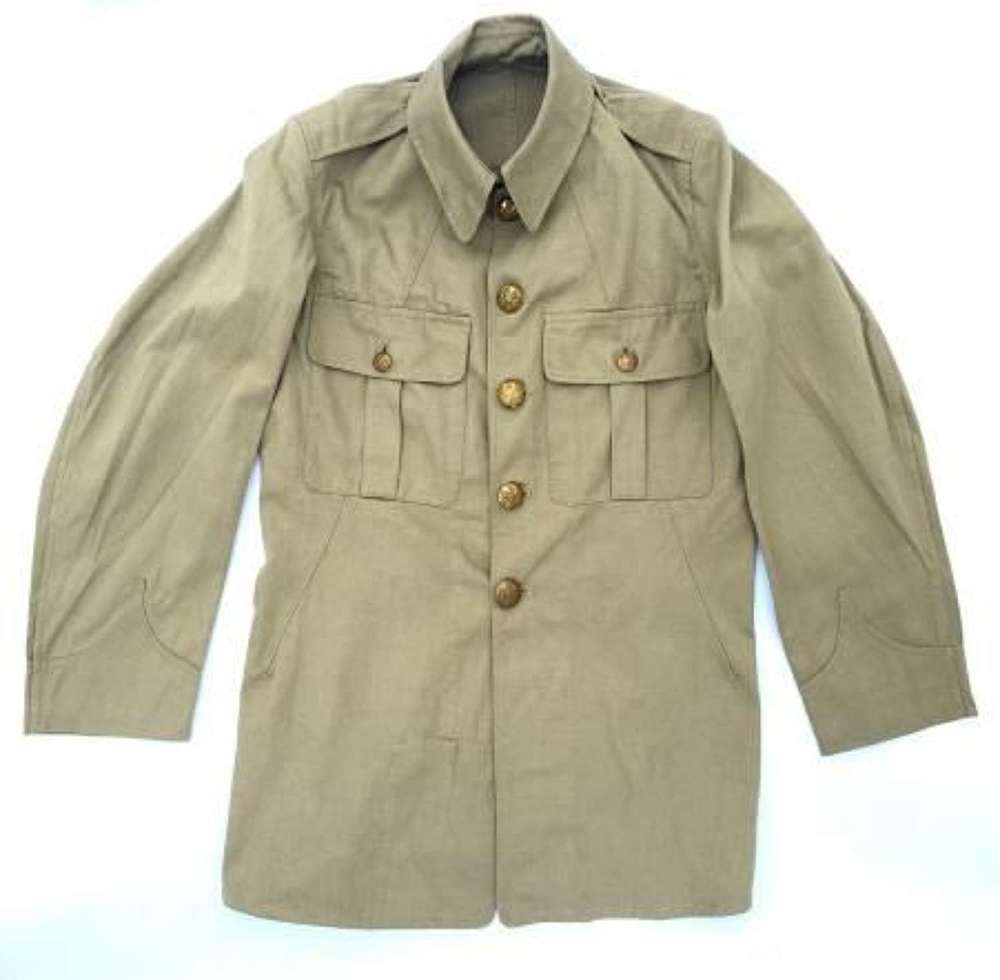 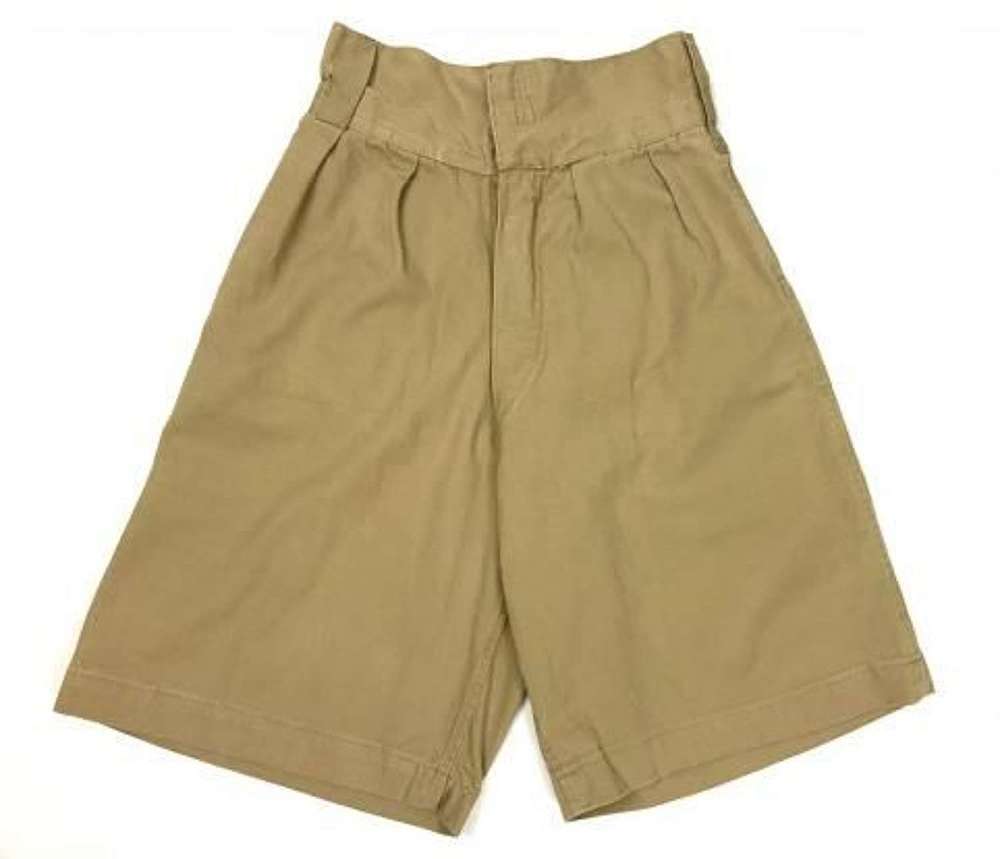 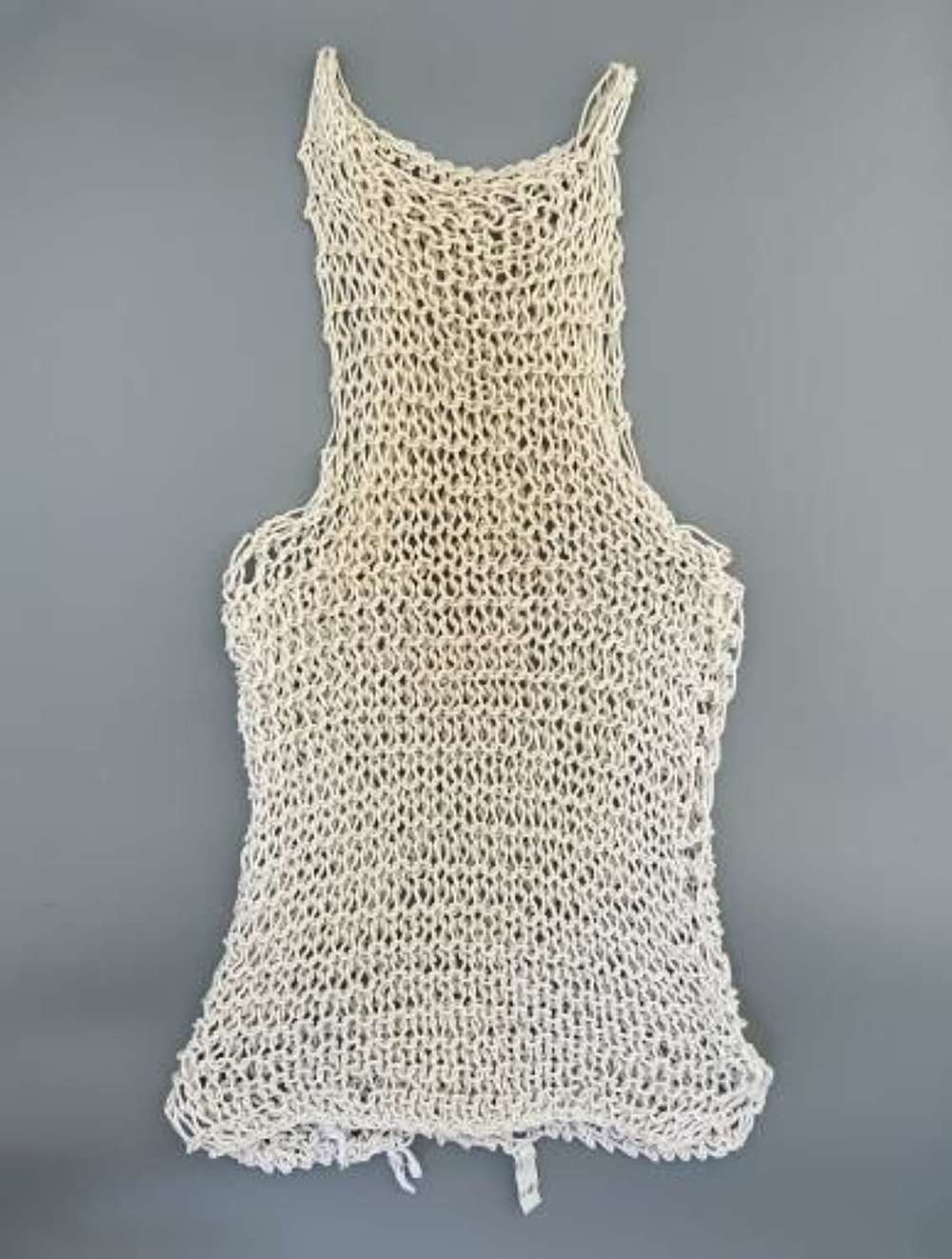