Unusual example of the British General Service helmet plate, belonging to an RSM of the Royal Artillery who served during the Second World War.

The crown appears to have been replaced with a staff crown, where it had likely broken off. The only other explanation was that this was a Queen's crown plate, that was converted into a King's crown for unknown reasons.

The brass itself is free from verdigris and has not been over-polished, it remains a very attractive plate. 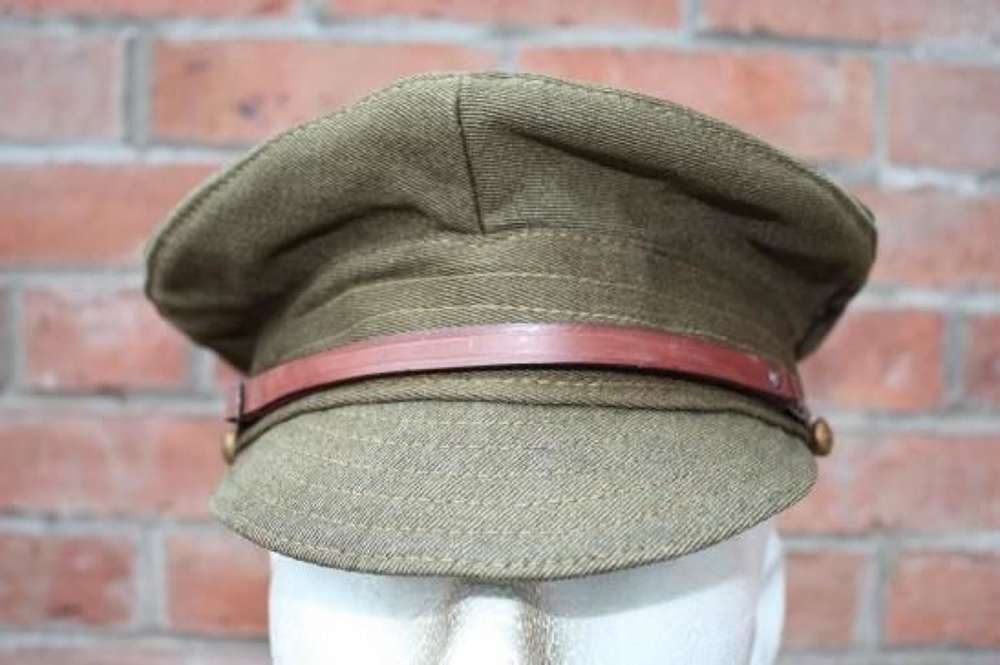 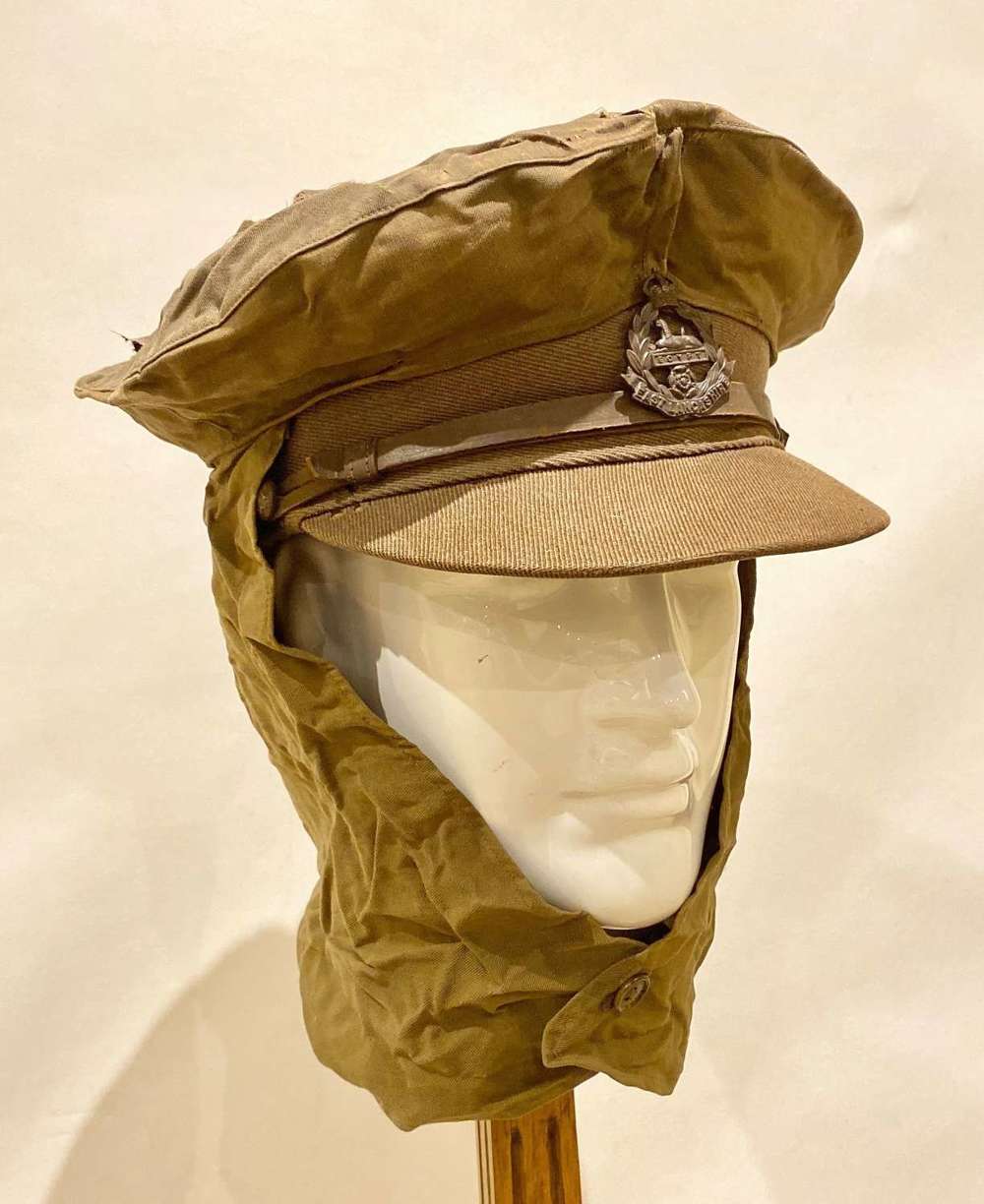 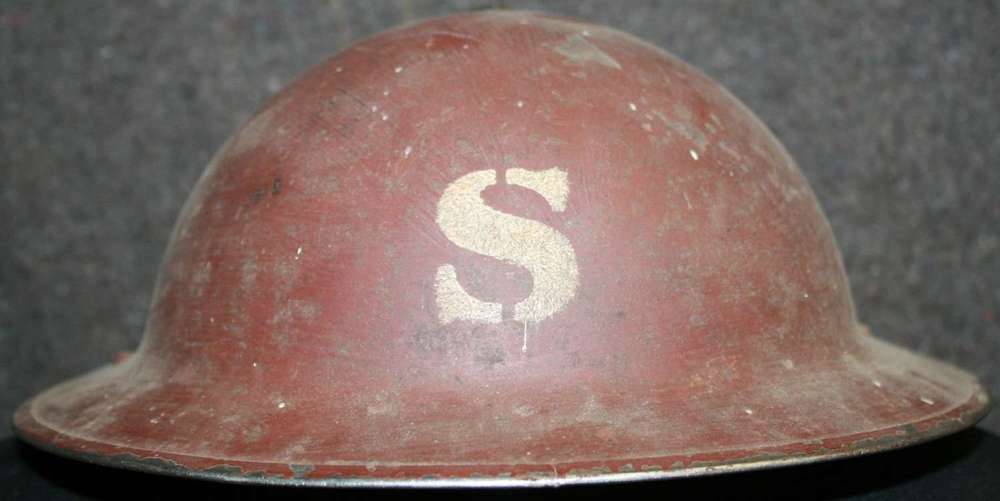 A WWII BRITISH HOME FRONT HELMET WITH A S TO FRONT