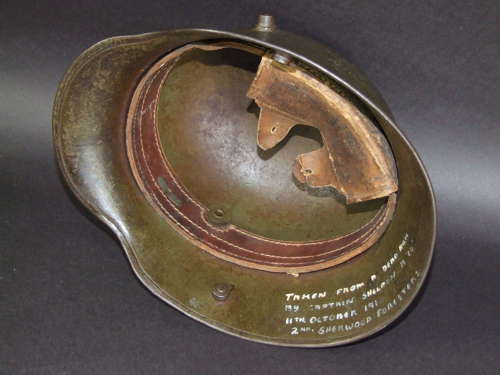 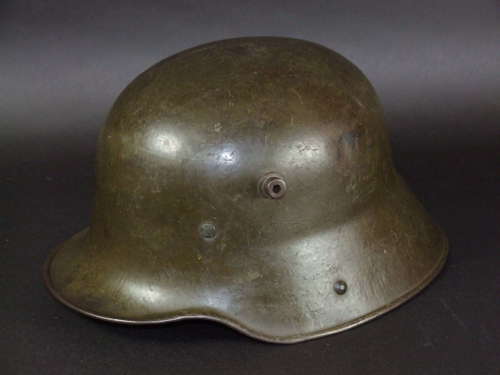 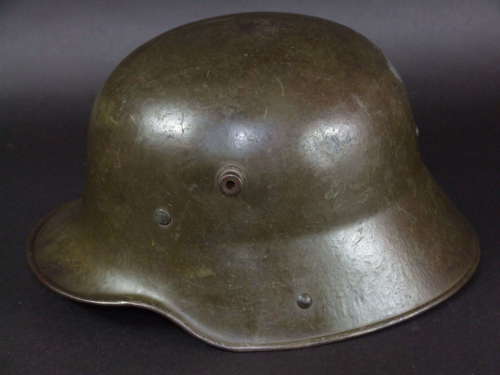 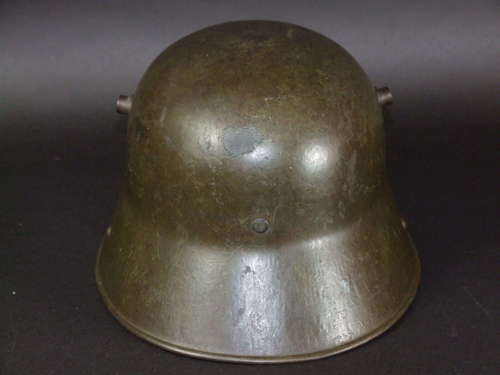 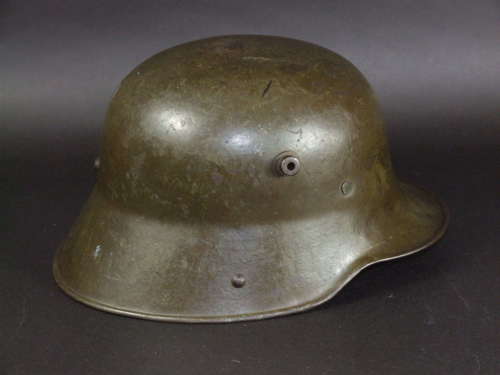 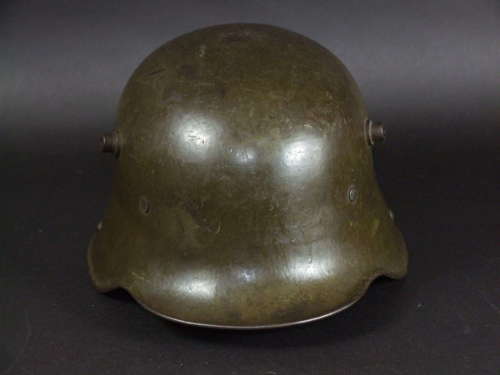 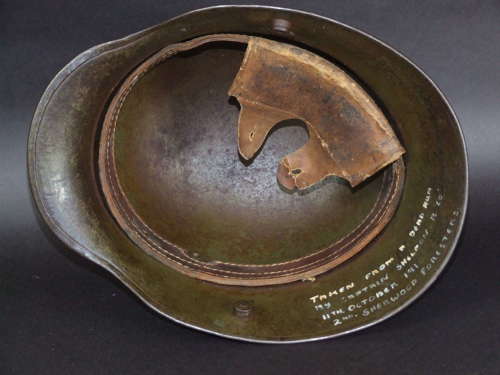 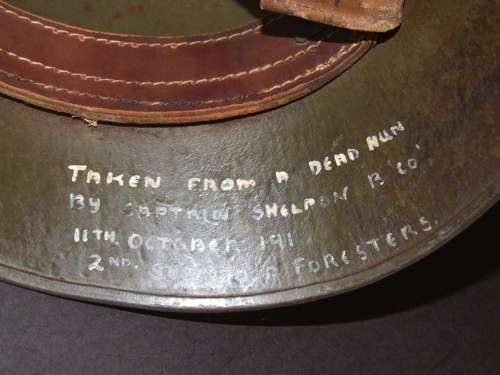 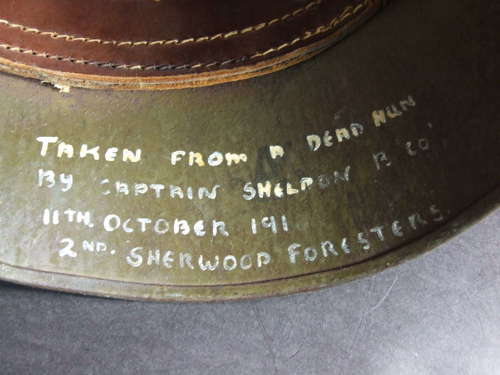 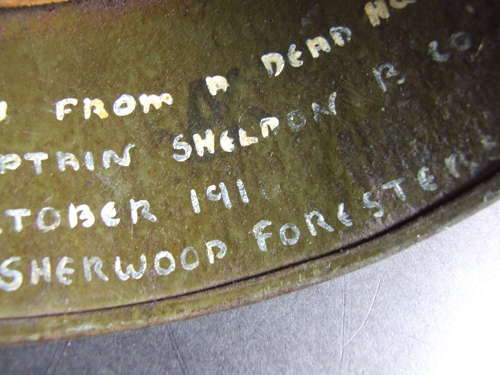 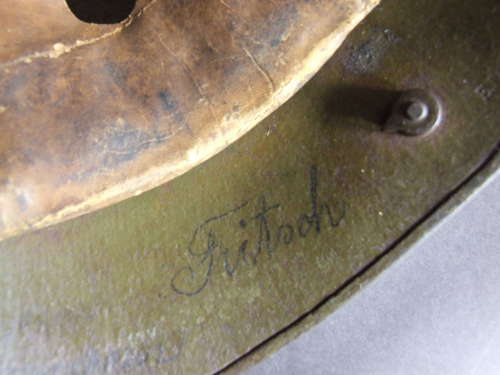 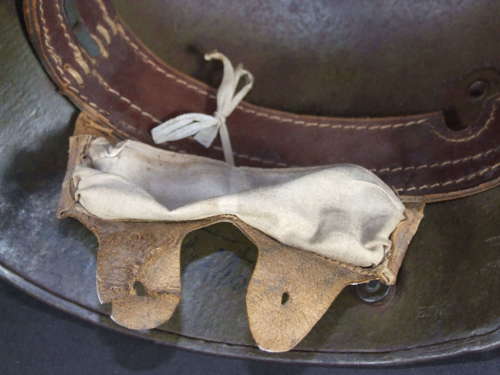 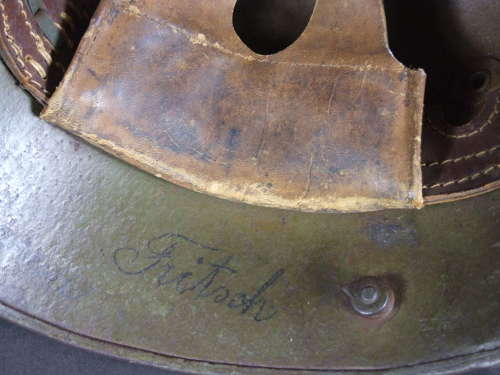 More research is of course needed but and early possibility is Acting Captain Joseph Sheldon MC whose gazette entry reads:

“ Gazette Issue 31583. Bar to the M.C. With reference to the Awards conferred as announced in the London Gazette, dated 8th March, 1919, the following are the statements of services for which the decorations were conferred. On the morning of 18th September, 1918, in front of St Quentin he distinguished himself in a most gallant manner. Under very heavy machine-gun fire he led his company through the wire and attacked the enemy in Douai Trench, later, the advance being held up, he reorganised the survivors of all companies in his vicinity and consolidated the captured ground. Later again he went out himself under heavy machine-gun fire and succeeded in gaining touch with the battalion on his left.”

The helmet shell is in very good condition with virtually all the original factory paint in place. On the back of the shell is a small patch of rubber which has become affixed. Inside, the rim is stamped ET64 and in addition to the inscription are two names, the most obvious appearing to be FRITSCH. One possibility may be Unteroffizier Friedrich Fritsch who was killed a few days earlier on October 2nd 1916 near Saint-Quentin.

Two of the three pairs of liner tongues are missing.

The Filibusters. The Story of the SBS Signed by 25+ Veterans