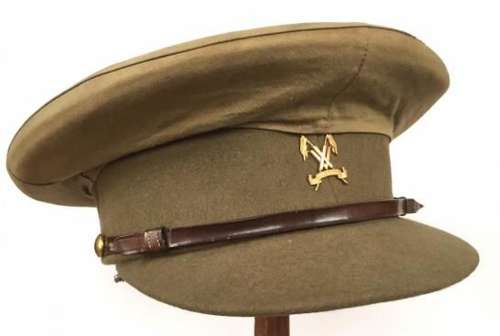 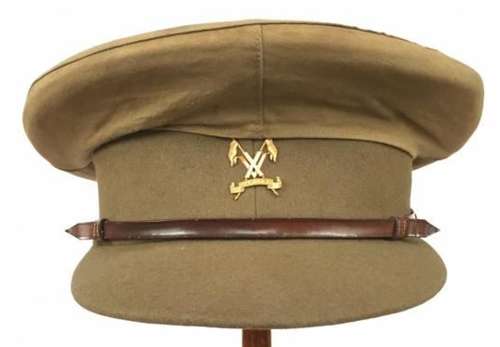 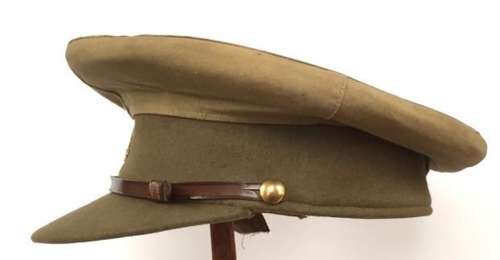 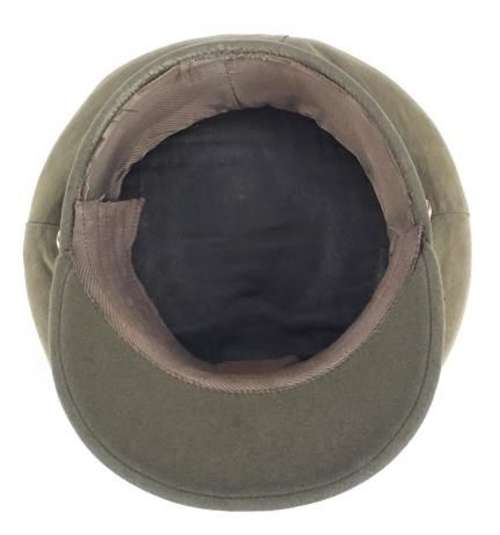 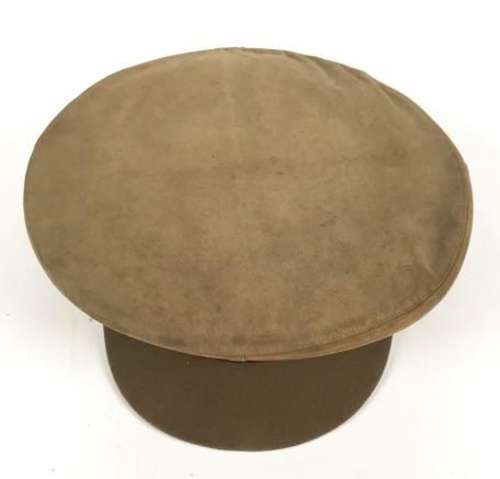 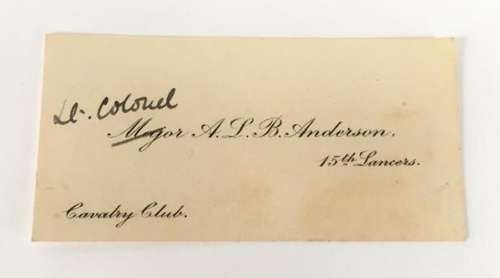 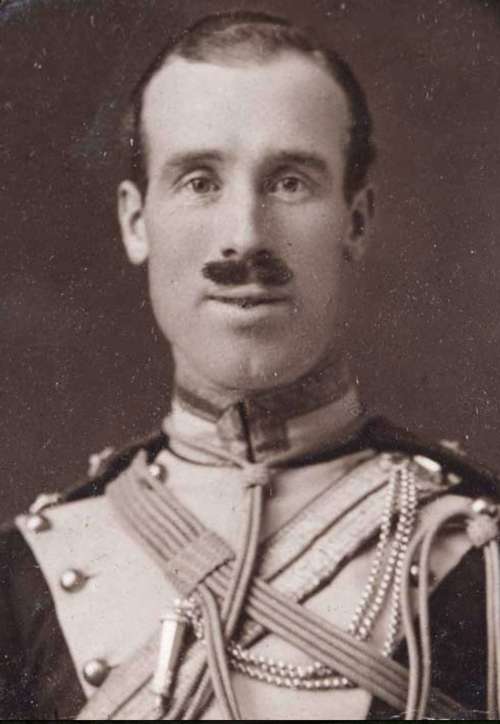 A superb example of the pattern made of doeskin material and worn by Lt. Colonel A. L.B. Anderson of the Regiment. The cap is complete with gilt regimental badge, ball pattern buttons and correct Great War period pattern polished thin brown leather chinstrap. Part of the cotton sweatband has been removed by the Colonel for wearing and also bears initials "ALBA.". The cap retains original khaki cotton cover. Very Good Condition. ... Accompanied by calling card

Portrait is a digital image only

Lt Col Arthur Louis Brunker Anderson served with the Connaught Rangers and later the 37th Lancers before transferring to the 15th Lancers in 1922.
The imperial war museum hold a copy of his diary entries and photograph album. He served with the the 1st Battalion Connaught Rangers on the Western Front ), November 1914 - December 1915, and saw action near Bethune, Givenchy, and in the line at Rue de Cailloux, moving to the Ypres Salient (April 1915), he was present at the attack on the Langemarck road by his Brigade during which his Battalion had to endure a chlorine gas attack, and also took part in the Battle of Festubert, and the Battle of Loos, leaving France in December 1915 he was posted to Mesopotamia (7th Indian Brigade, 3rd Indian Division) and was involved in the diversionary actions designed to raise the siege of Kut.