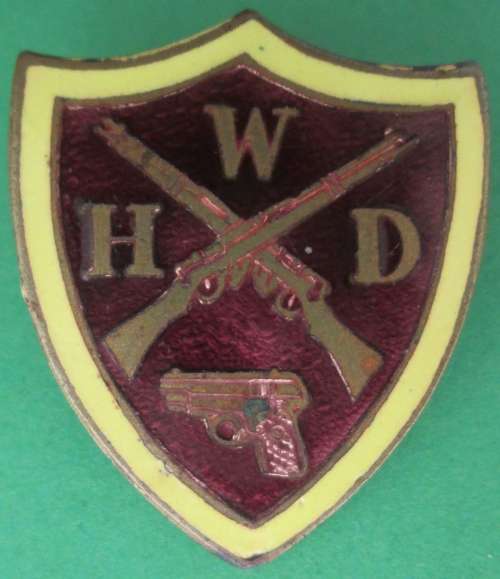 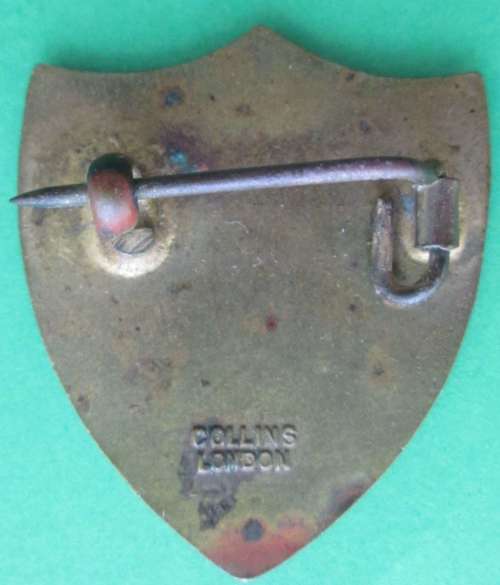 Please fill in the form below to request a delivery quote from Britton's Badges.

Simply fill in the below form to get in touch with Britton's Badges regarding this item.

Original WWII period shield badge for the Women's Home Defence. Brown and cream enamel with a gilt edge, crossed rifles,WHD letters and a pistol below, with the maker's mark on the back. ( Collins London).

Women's Home Defence was an unofficial organisation founded by mp Dr Edith Summerskill who believed women should be allowed armed roles in the home guard. The War Office thought it socially unacceptable and it was only in 1943 they let them join in a supportive role. They were then known as Women's home guard auxilliaries. There were by then about 250 units some of which did allow women to train and drill with the men off the record.

Other items in Home Guard Badges

View all in Home Guard Badges

View all items from Britton's Badges

A RAIL TRANSPORTATION FORMATION SIGN FOR THE ROYAL ENGINEERS

A PAIR OF QUEEN'S OWN HUSSARS SHOULDER TITLES