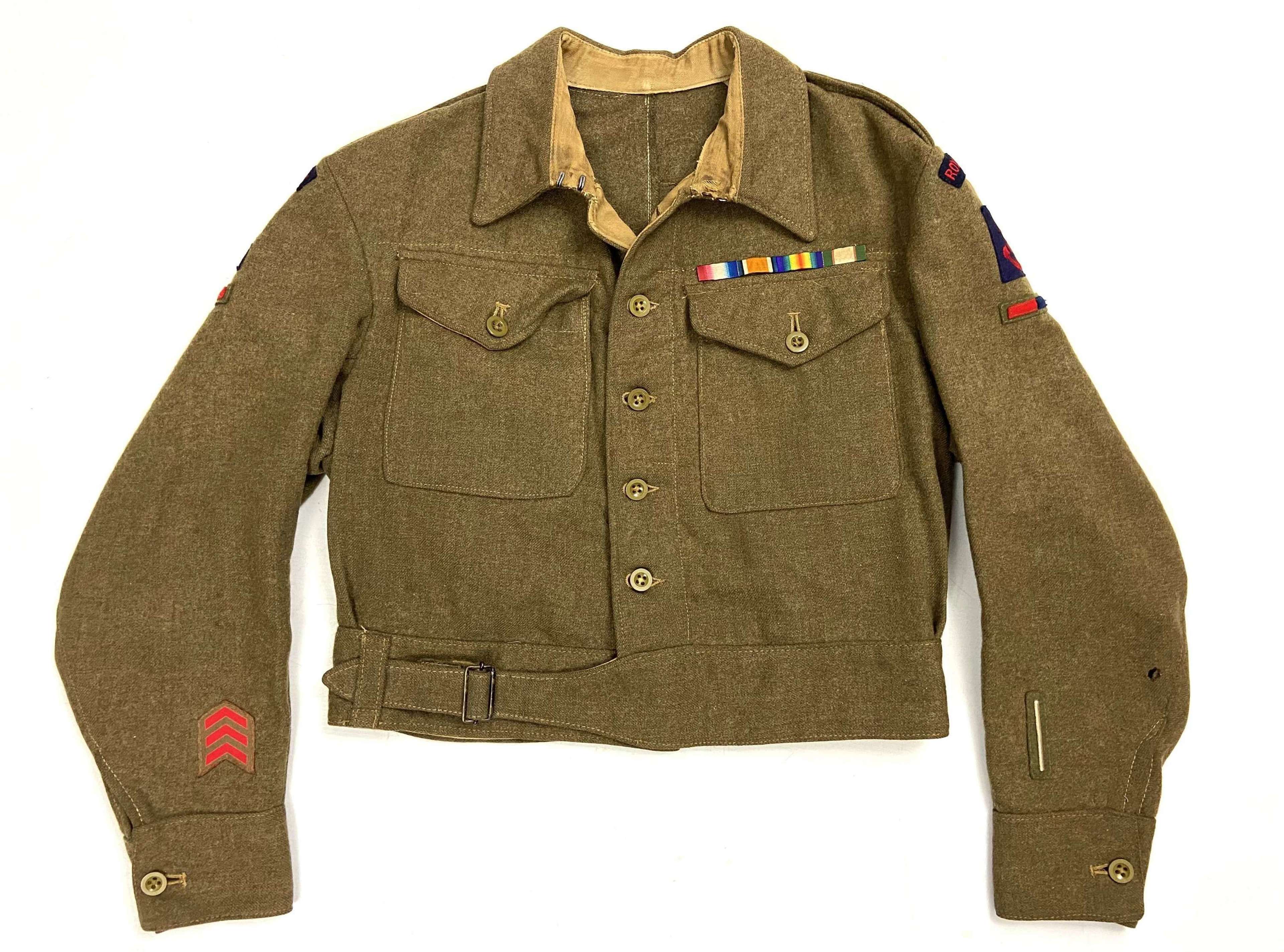 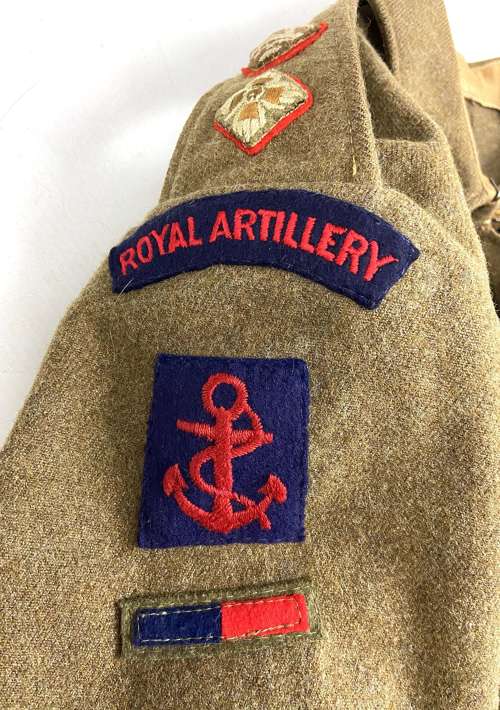 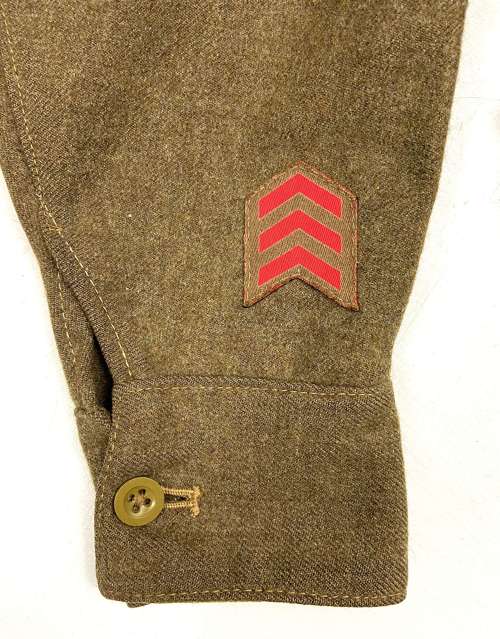 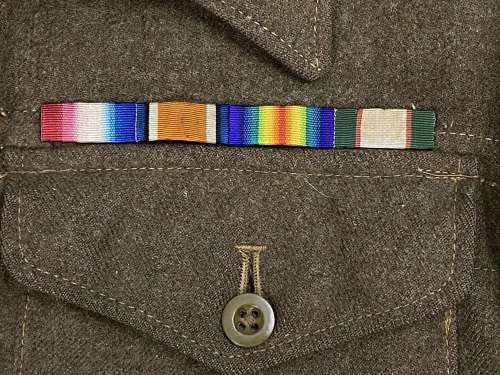 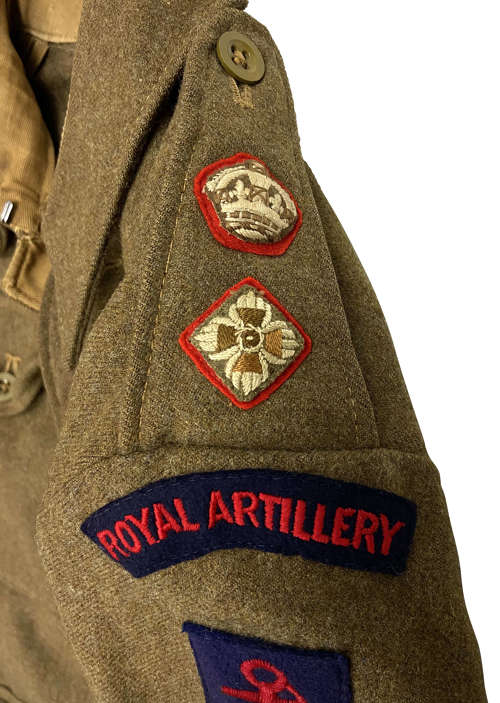 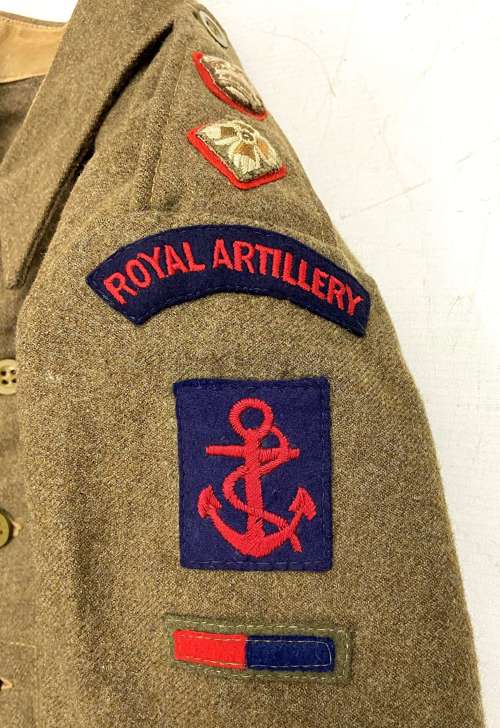 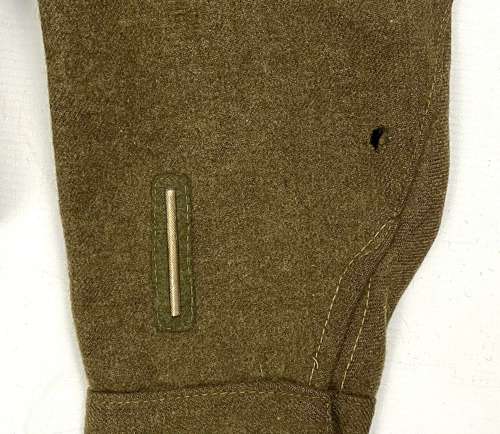 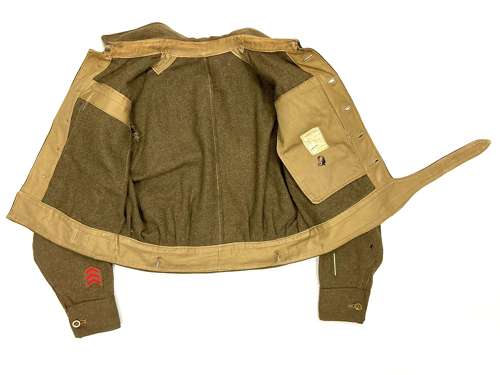 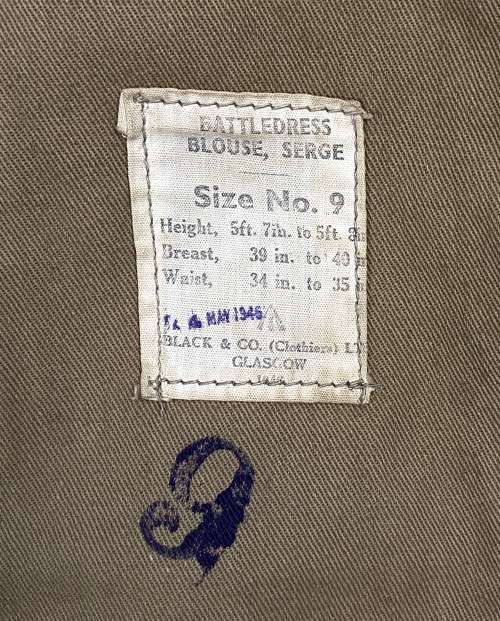 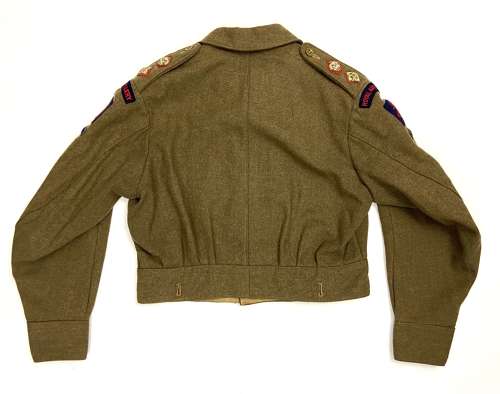 The sleeves feature embroidered Royal Artillery shoulder titles, Orkney & Shetland Divisional formation flashes and Royal Artillery arm of service stripes. Great War medal ribbons are sewn onto the chest whilst a wound stripe is fitted to the left sleeve. A printed long service badge is fitted to the right sleeve and features three chevrons, denoting three years service. The epaulettes feature khaki pips which have been backed with scarlet as was often done during the war rather than wearing the fully coloured versions introduced after the fall of France.

Inside the jacket the original label is still present and states the size as No.9 and the manufacturer as 'Black & Co. (Clothiers)' of Glasgow. The War Department broad arrow marking is present as is the date which appears to be 1945 although it is hard to read. There is also a purple issue stamp which again appears to state the year of 1945 and the month of May.

The jacket is in good condition and overall displays very well. There is a hole to the left sleeve and various signs of wear and use. Overall it displays well.

A nice original wartime pattern jacket with some interesting insignia. 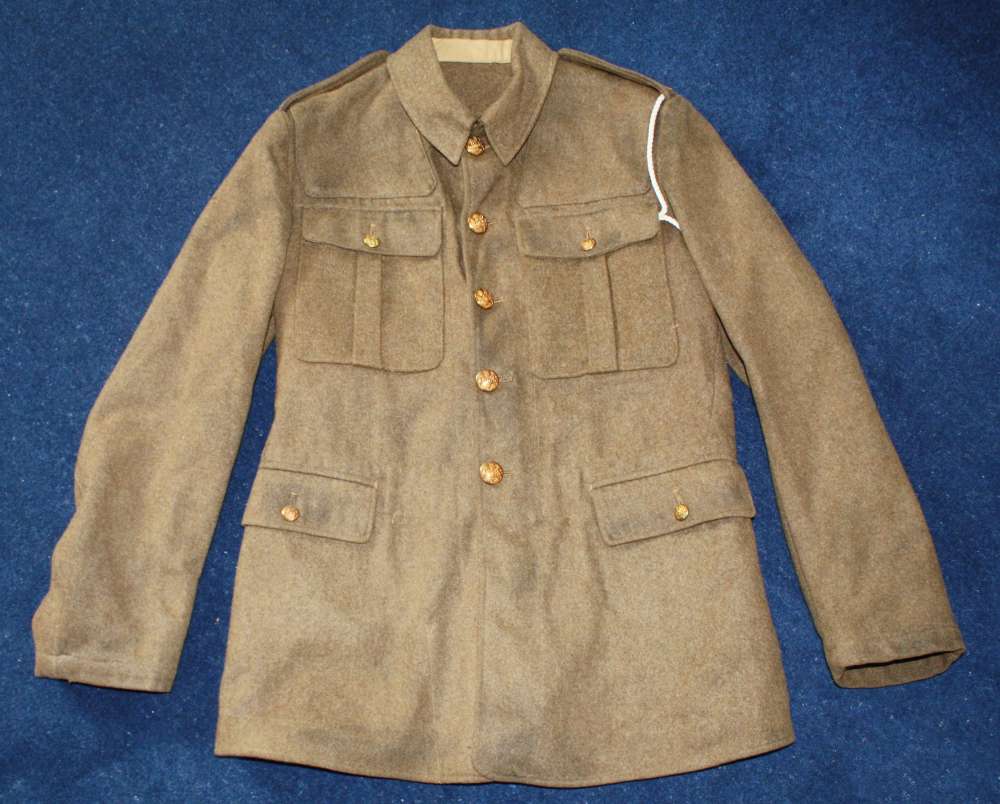 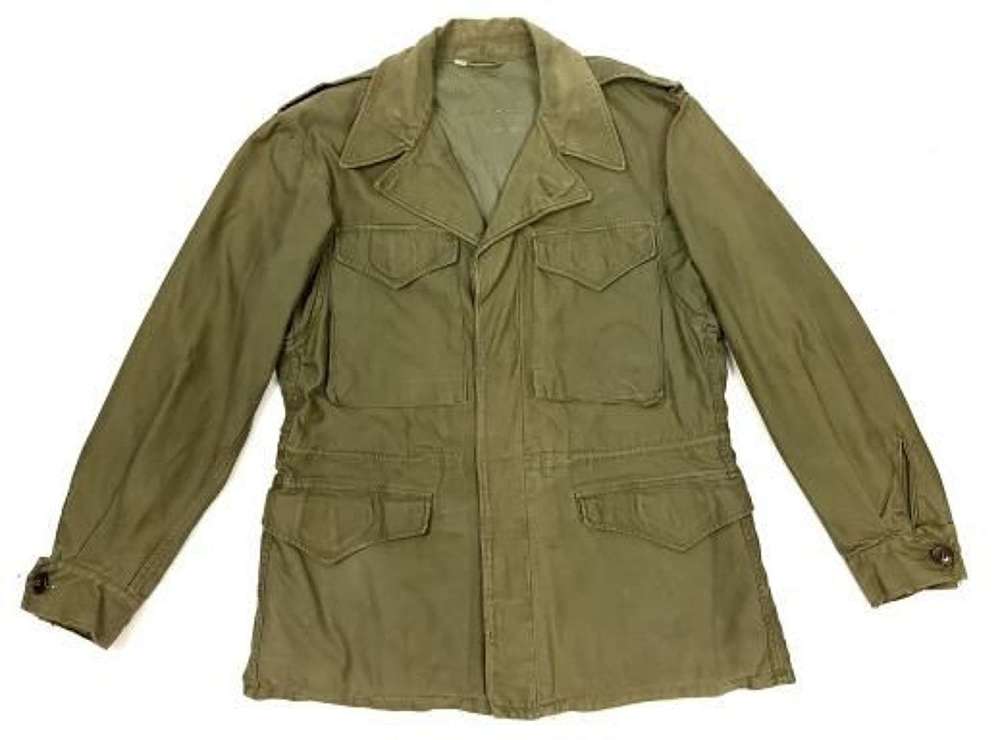 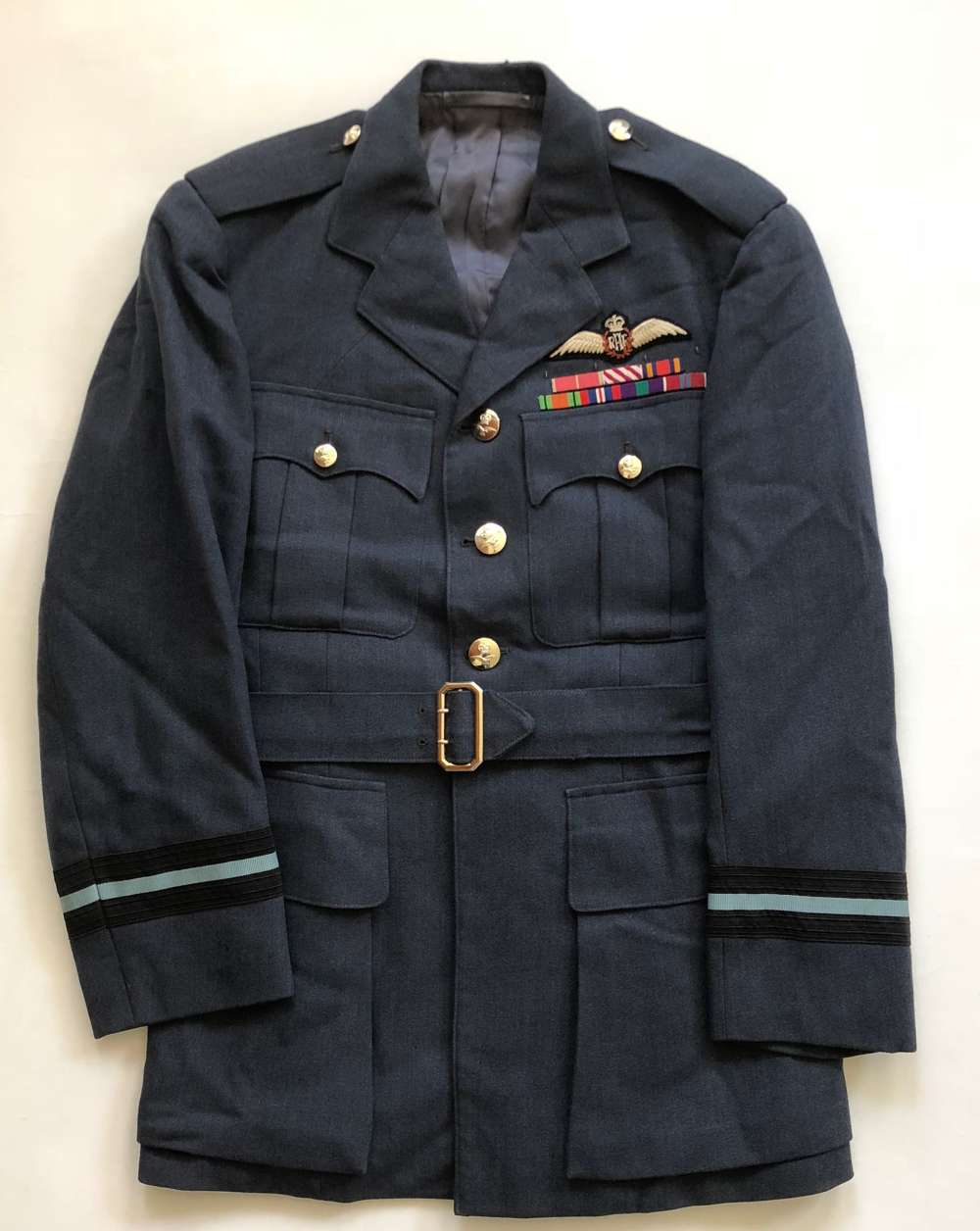 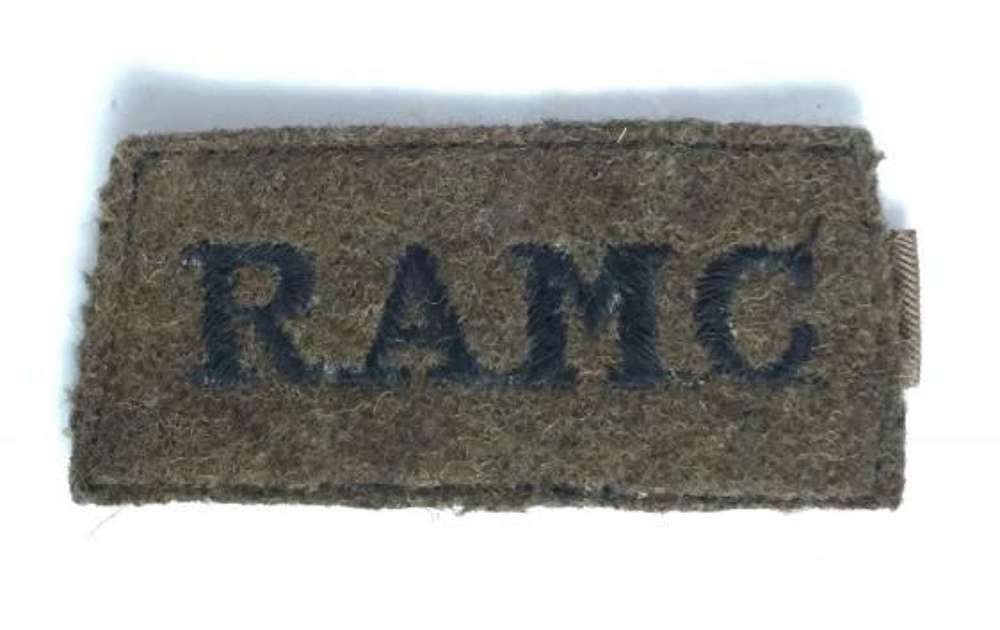 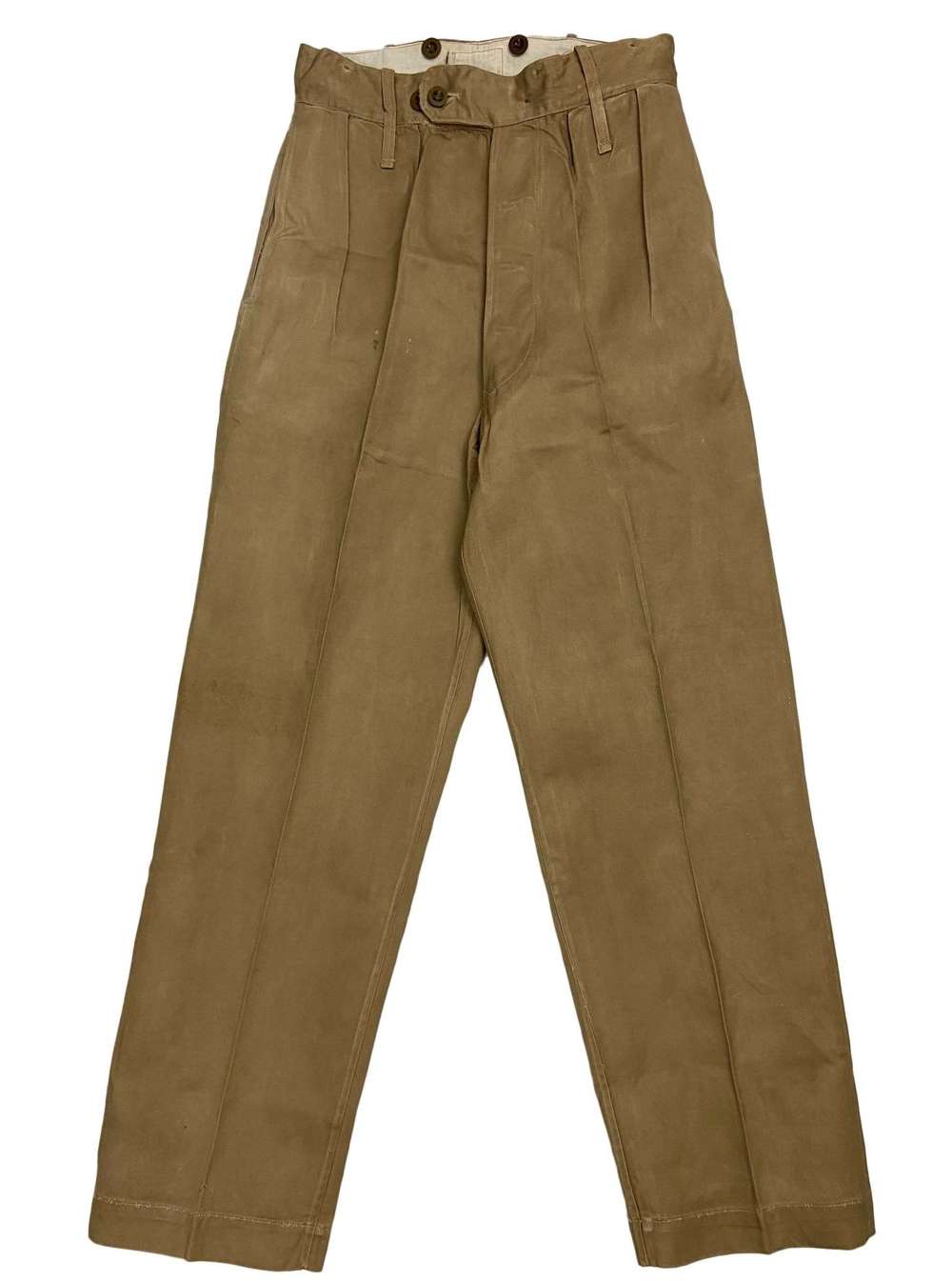 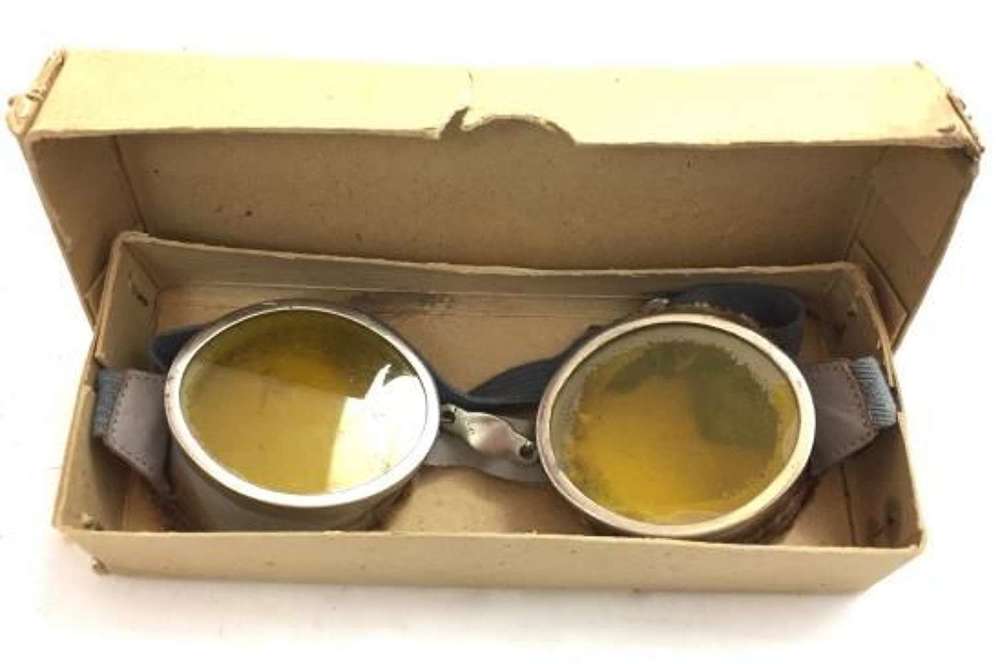 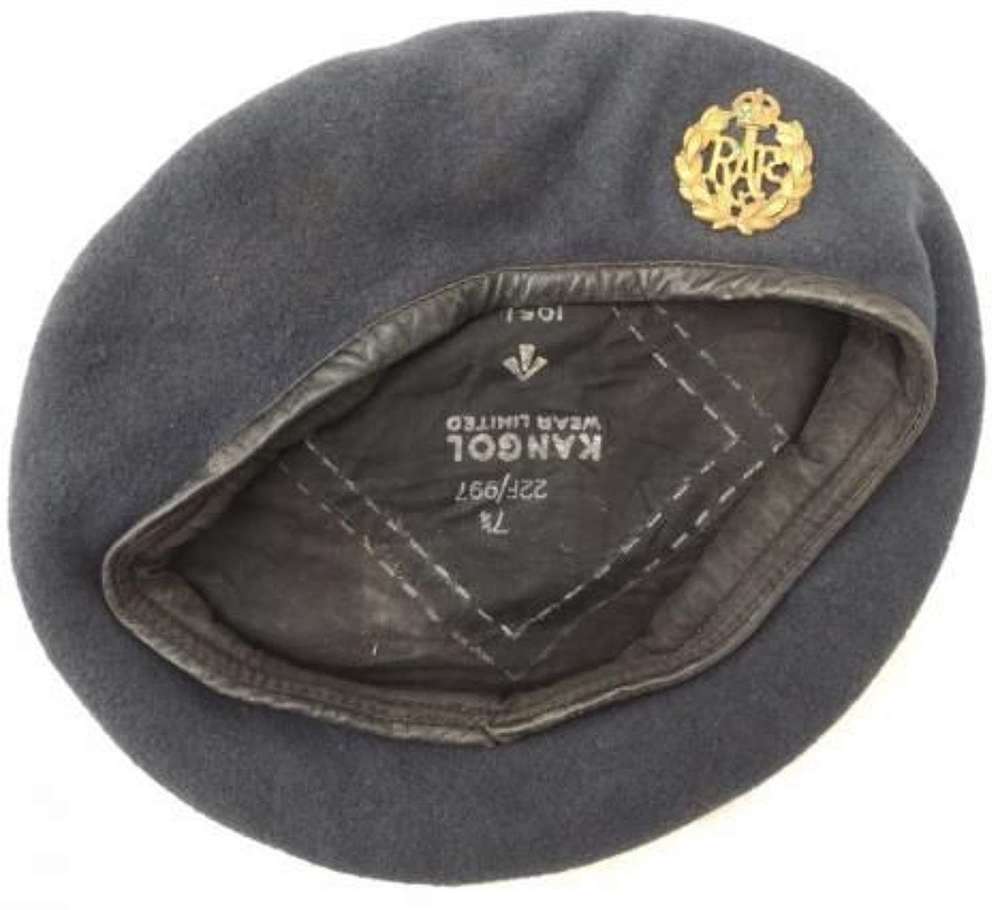