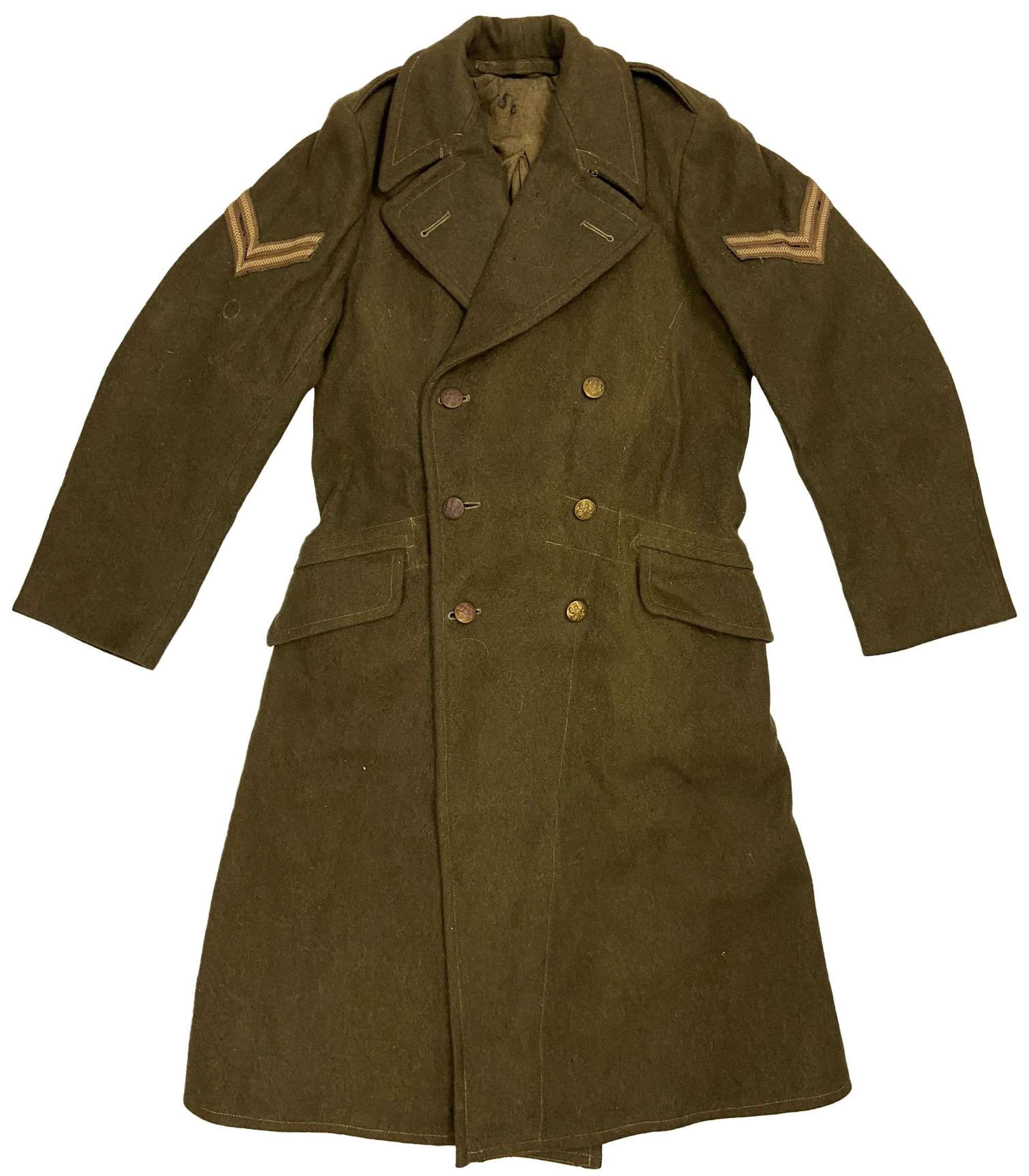 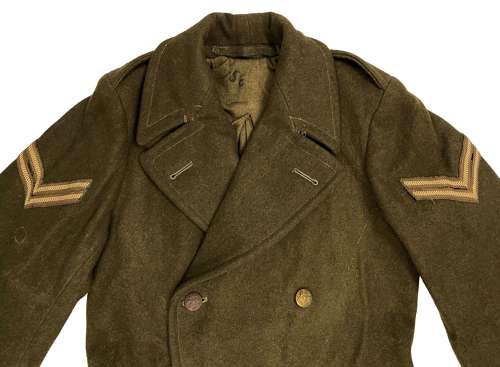 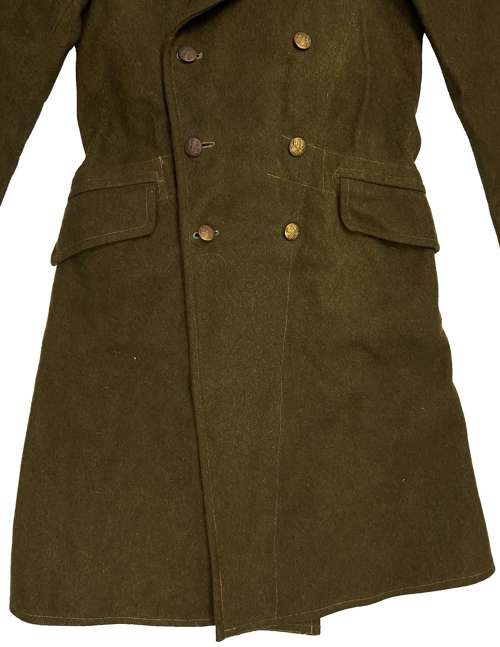 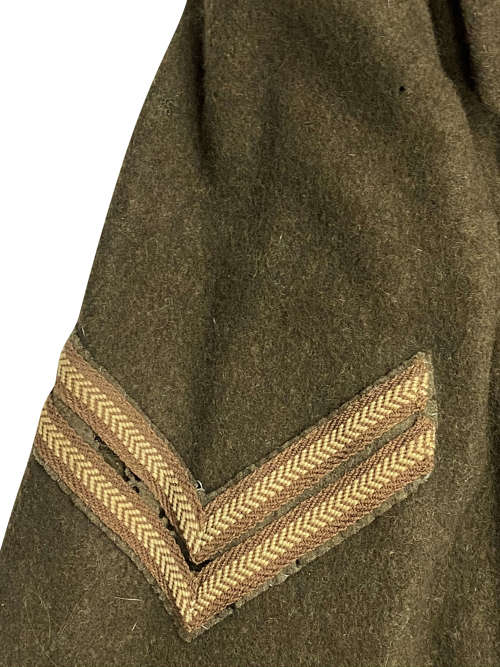 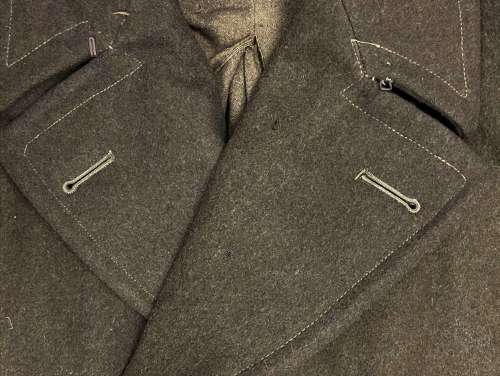 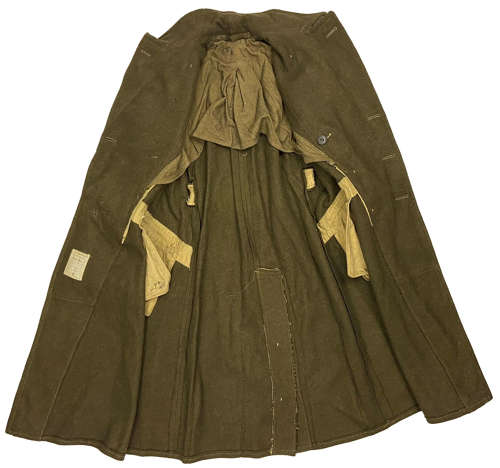 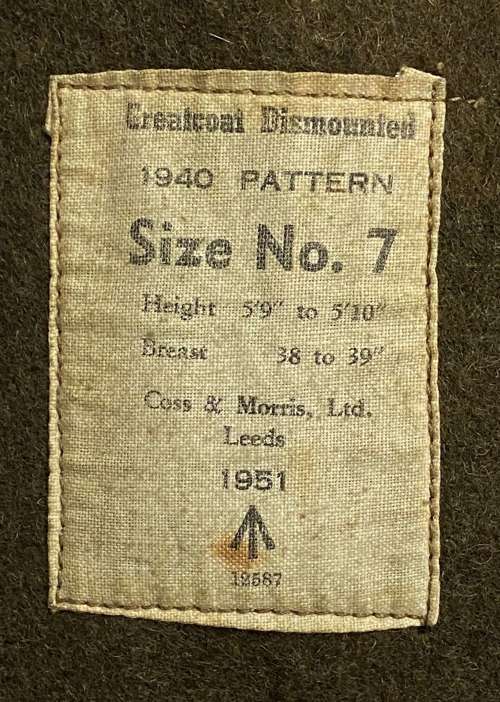 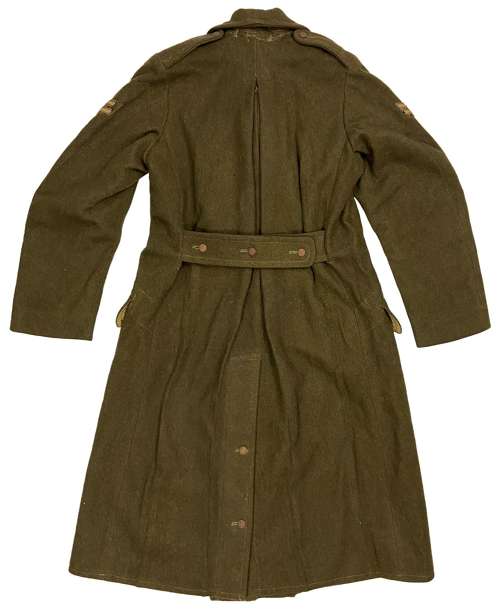 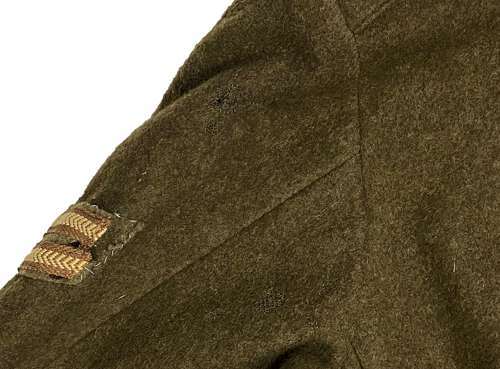 An original 1940 Pattern (Dismounted) Greatcoat as used by the British Army during the Second World War dated 1951.

Whilst this example is post-war dated it is identical to those worn during the Second World War. Being dated 1951 this would have been one of the last of this pattern that was produced before the 1951 pattern went into production.

The coat is made from the standard khaki coloured blanket wool serge used for greatcoats during this period. It features a half belt to the rear and a full set of brass kings crown buttons.

The coat retains its original issue label to the interior which bears the War Department broad arrow mark as well as the 1951manufacture date. The coat was made by 'Coss & Morris, Ltd' and is a size No. 7.

The coat is in reasonable condition as can be seen in the photographs. There are some signs of age and wear and some limited damage. Some of the brass buttons have faded and there are a few areas of light mothing as shown in the pictures. The condition is reflected in the price.

Whilst not the best example ever, this coat would suit a WW2 collection or re-enactor well.