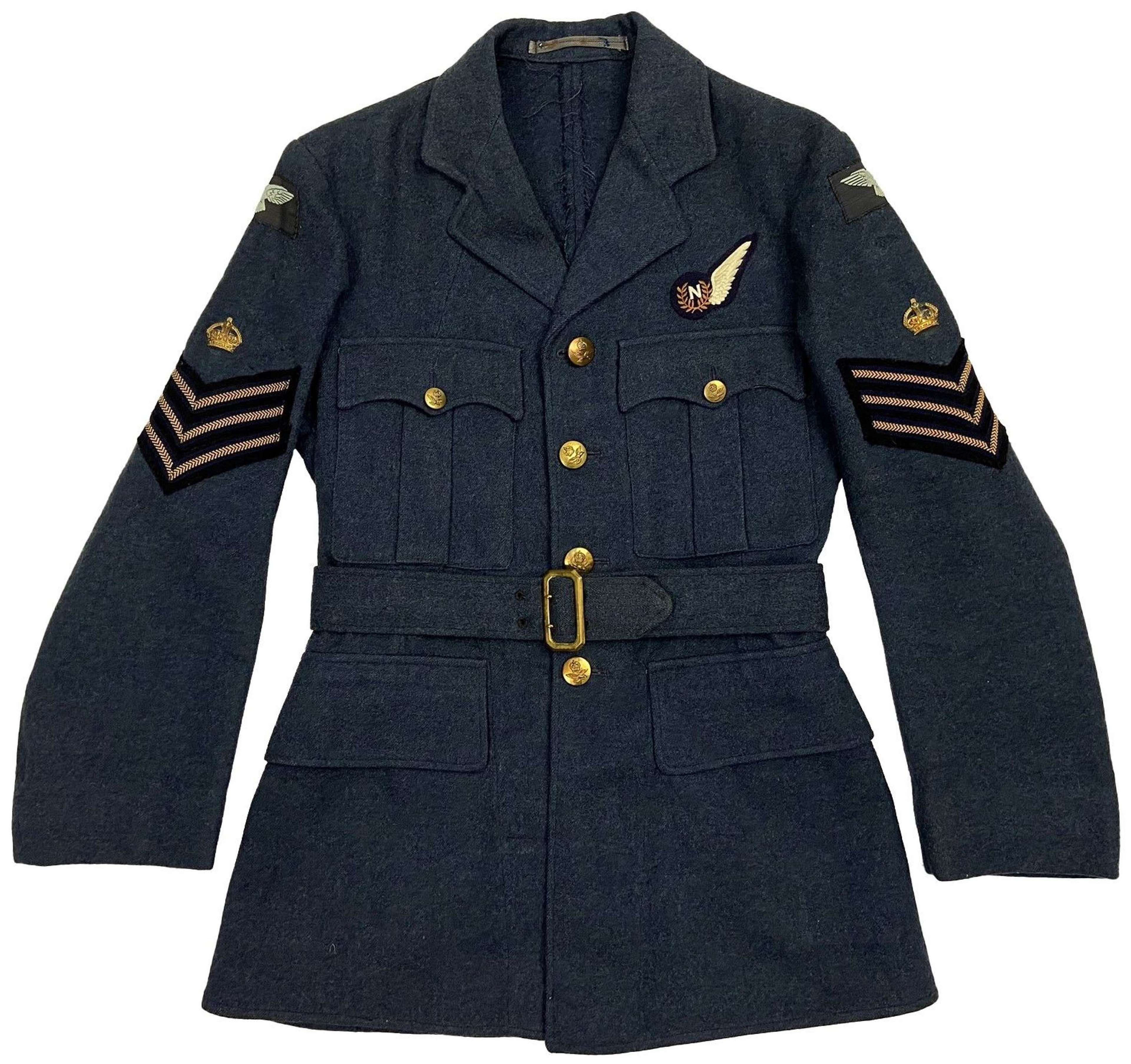 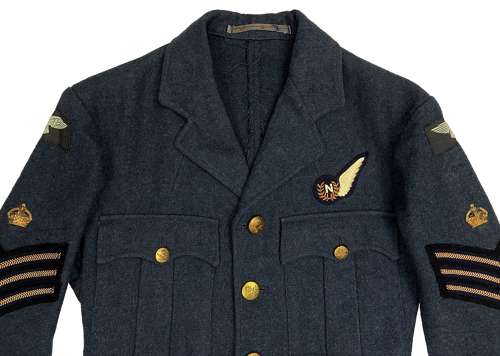 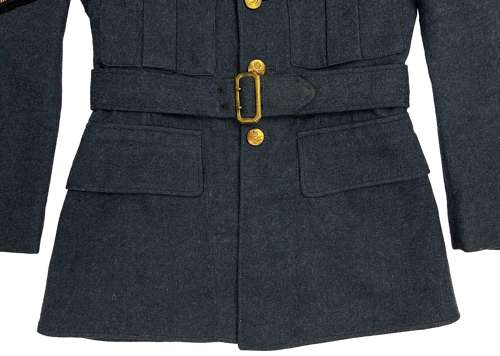 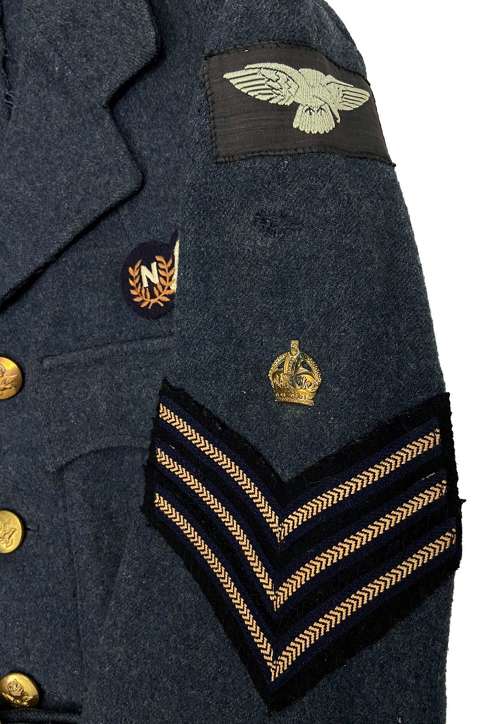 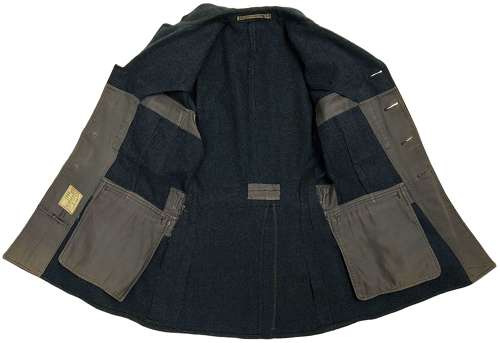 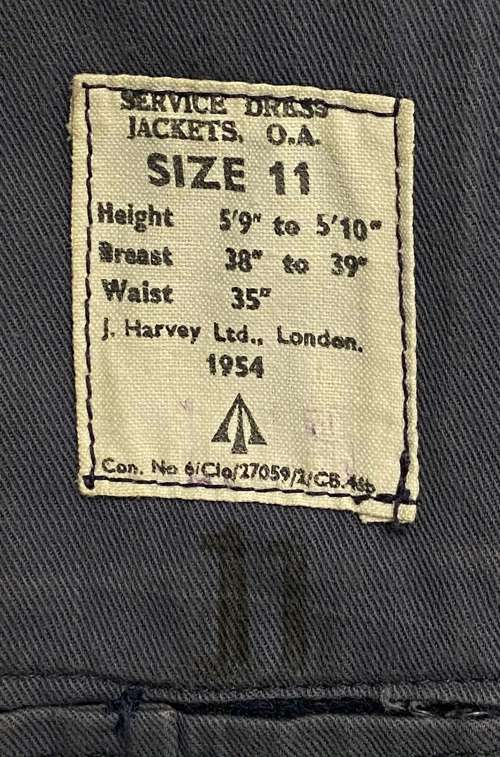 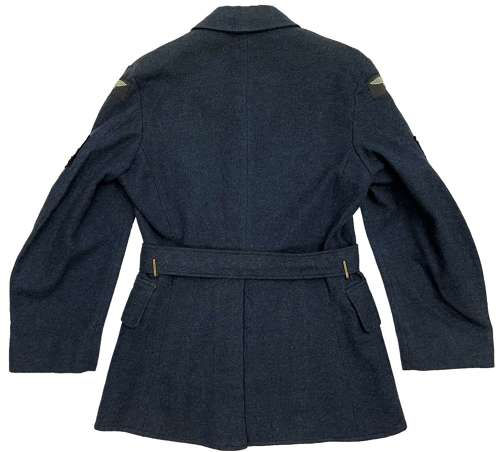 An original 1954 Dated RAF Ordinary Airman's Tunic which has been badged to represent a Sergeant Navigator in WW2.

This pattern of tunic was introduced into service with the RAF in the 1930s and saw issue throughout the Second World War. Whilst not stated on the label, this is a 'simplified' example which was introduced in 1940, replacing the earlier pattern with French cuff.

The tunic is made from the standard RAF blue coloured wool serge and features a full set of Kings crown brass buttons. The original belt is still present as is the brass belt buckle. Whilst the tunic is dated 1954, it is the same pattern as used during WW2 and has been fitted with original WW2 period semi embroidered eagle badges and brass sergeant crowns. Sergeants stripes and a Navigator brevet have also been fitted making for a very believable looking wartime tunic.

The tunic is in nice condition as can be seen in the pictured. It is still a deep blue coloured and has not been washed or faded out. The overall appearance is very fresh and bright and this is complimented by the insignia. There is a small repair to the left sleeve which can be seen in the pictures. This has been very neatly done and is only noticeable on close inspection.

All in all a nice looking tunic which would make an ideal stand-in for a wartime example. 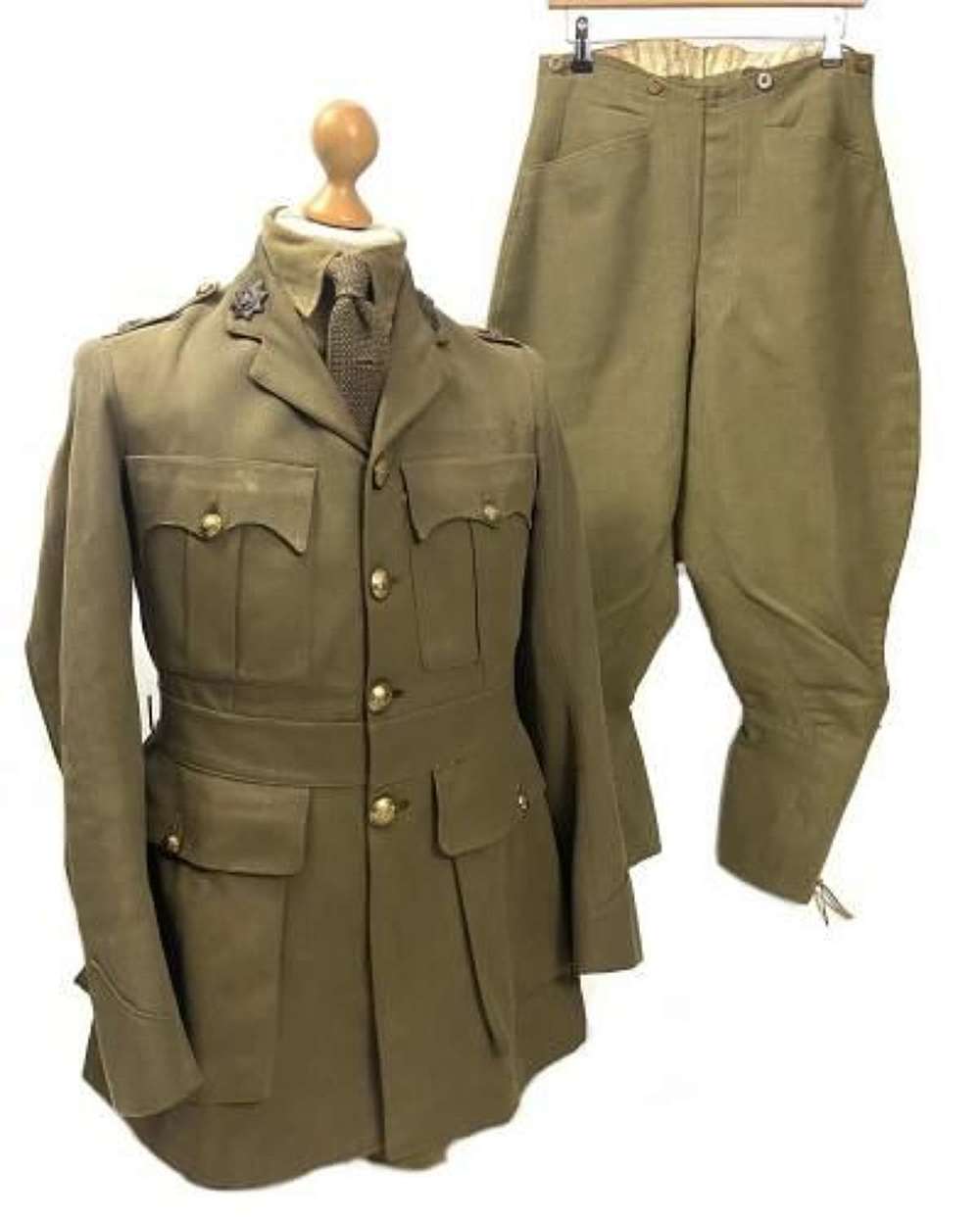 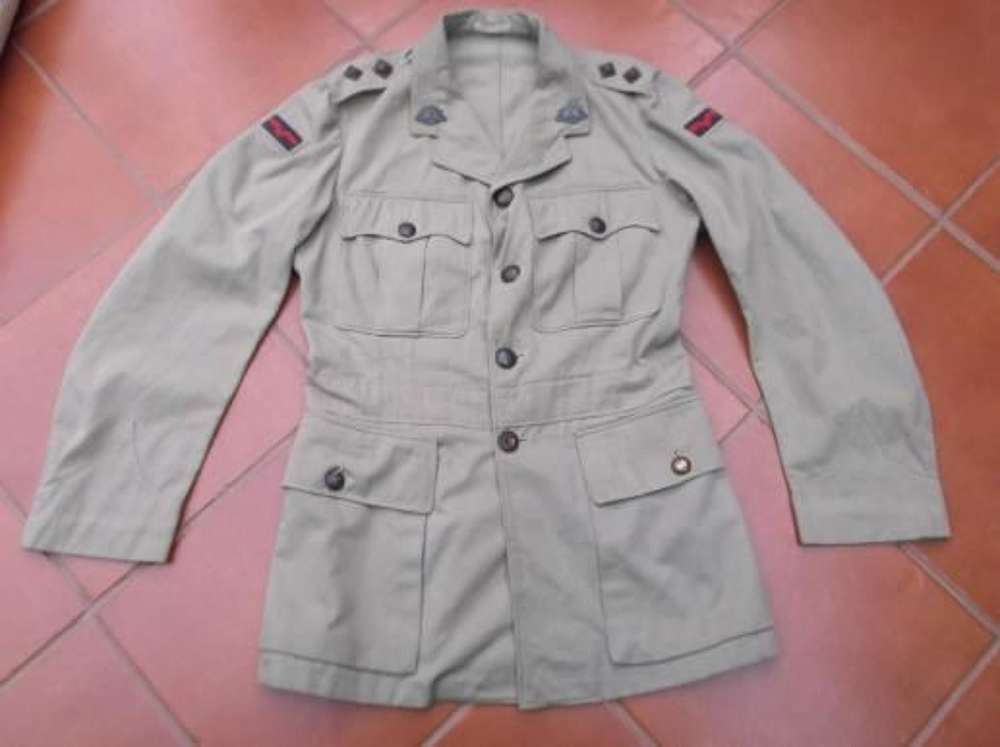 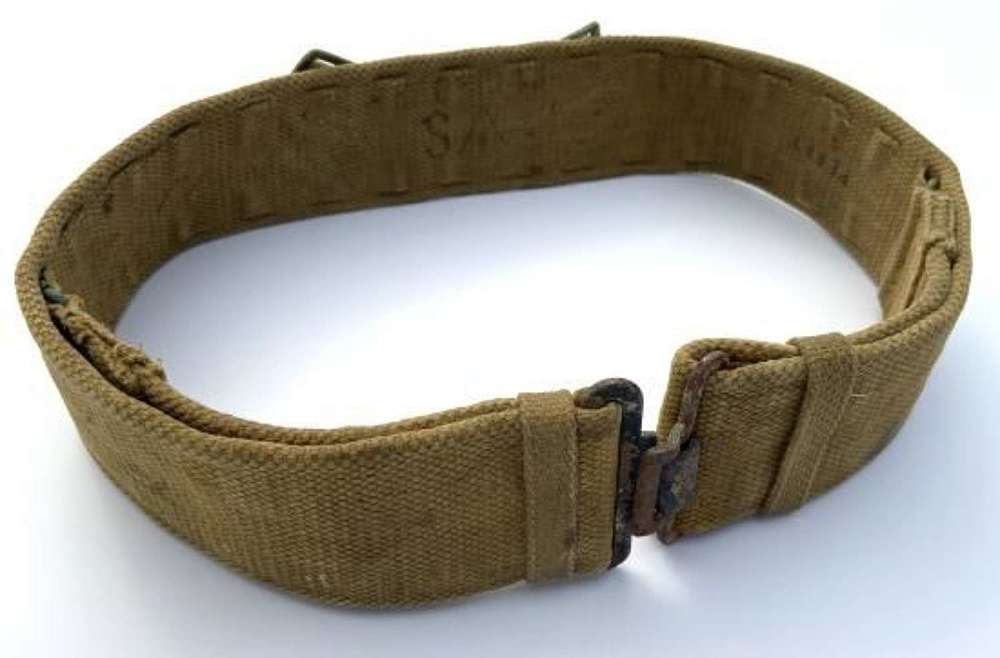 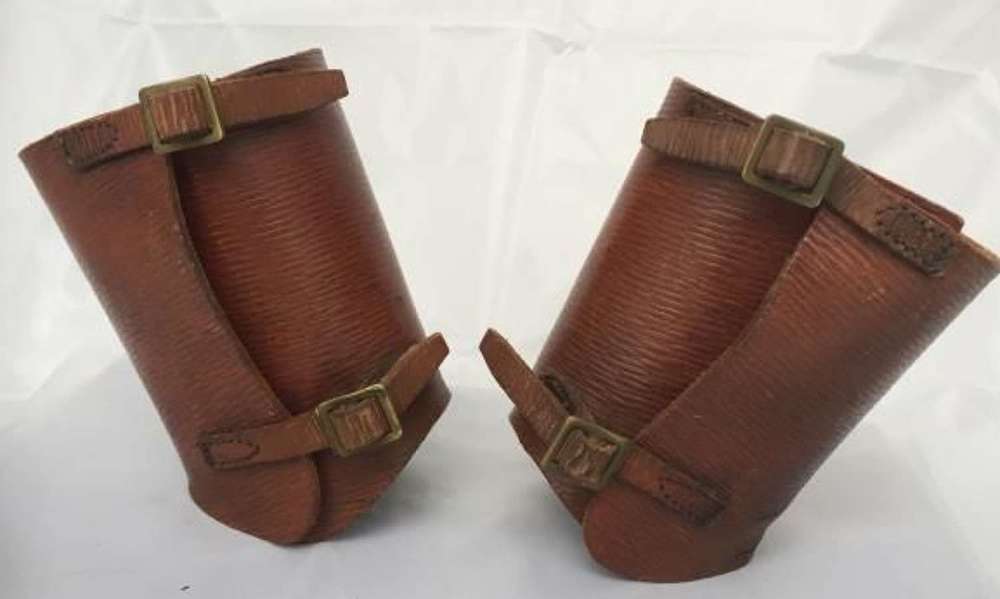 Leather 1939 Pattern Ankelts as used by the Home Guard 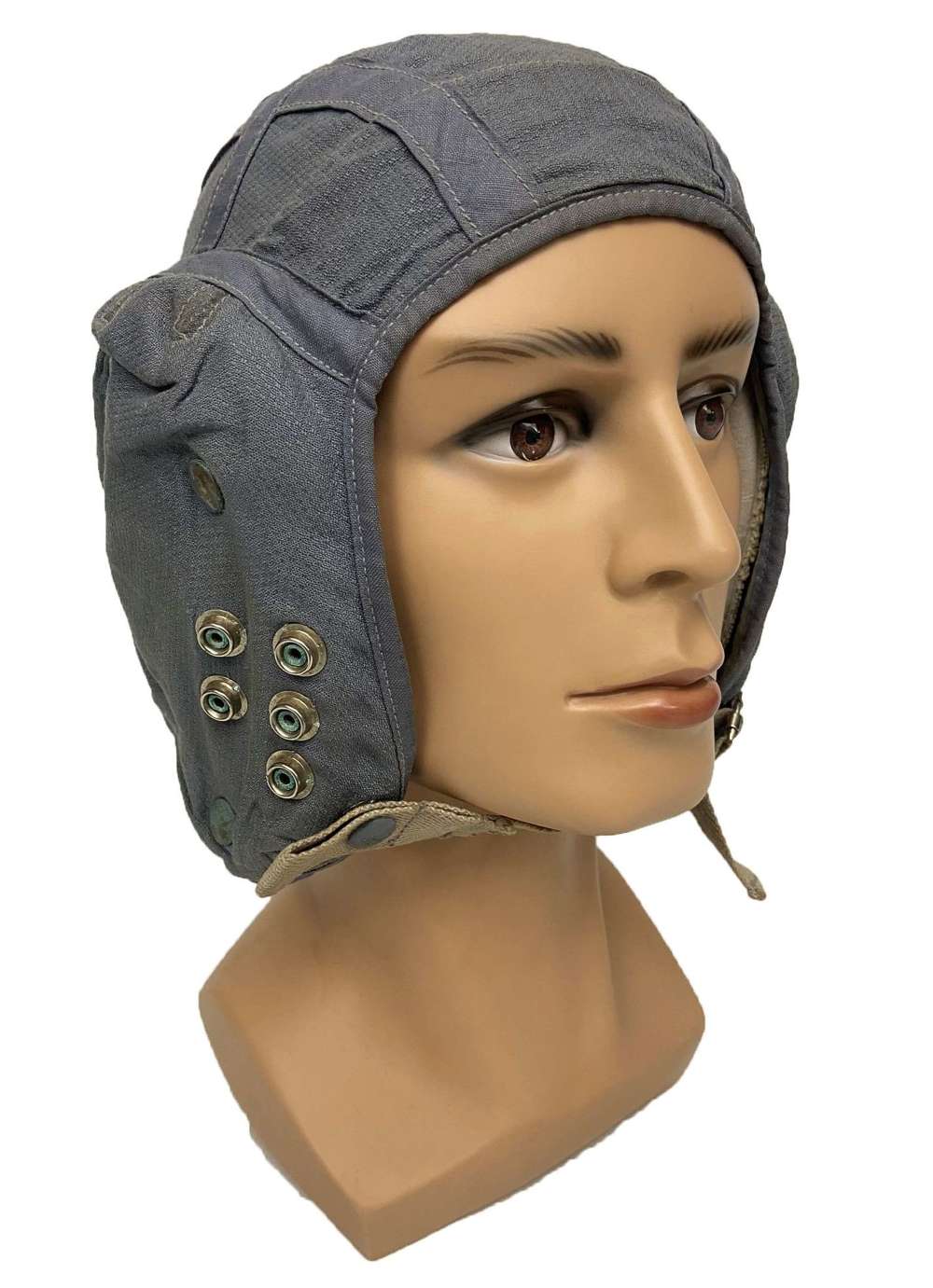 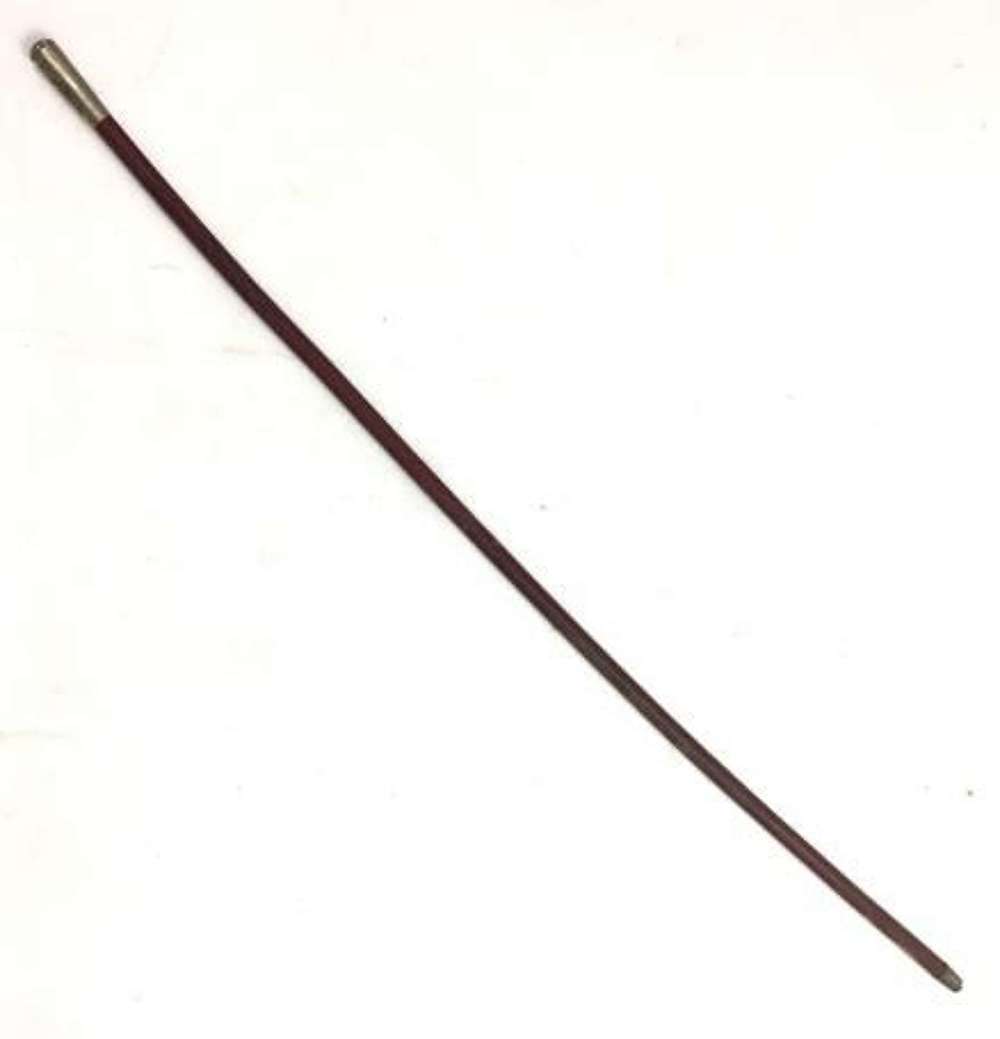