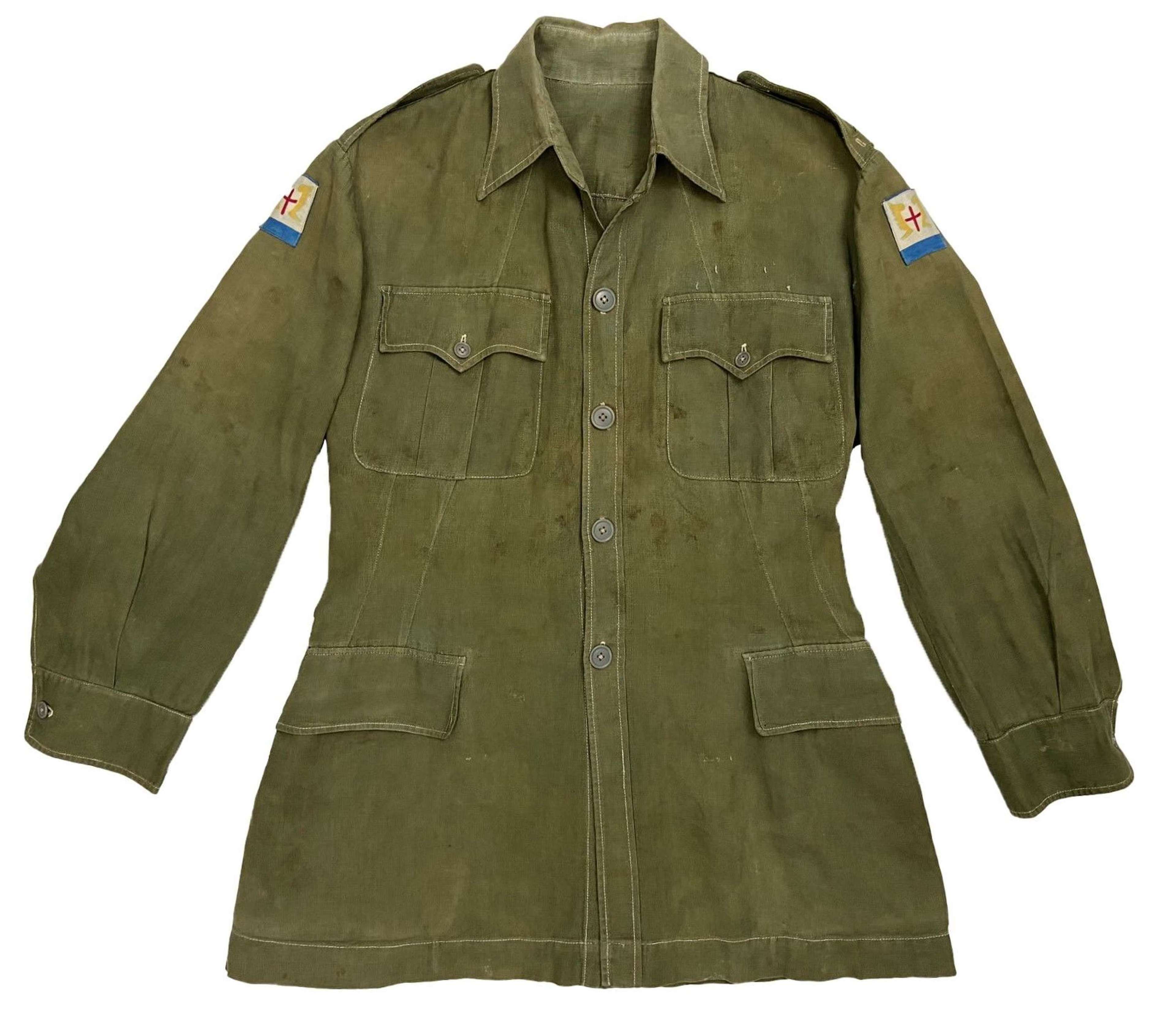 This jacket is typical of those worn in the 1940s and 1950s by British soldiers serving in the Far East. It is made from cellular cotton, often referred to as 'aertex', which is a lightweight breathable fabric ideally suited to the tropics. It is soft and pliable making it easy to wear and features pleated breast pockets with pointed flaps, lower flapped pockets, long sleeves with barrel cuffs and epaulettes. To each upper sleeve is a formation badge which was worn by Allied Land Forces South East Asia (ALFSEA) in 1944 which then became HQ South East Asian Land Forces (SEALF) in 1946. In 1947 the designation changed again to GHQ Far East Land Forces (FARELF). Whilst the jacket could date from the 1940s it was more than likely made in the 1950s.

The epaulettes feature four stitched holes each which would suggest that the original owner was a Lieutenant or Lieutenant Colonel.

The tunic is in worn condition as can be seen in the pictures. It is still very wearable and displays well but may have small issues commensurate with age. Please take time to study the pictures provided.

A nice original Jungle Green tunic which is very wearable! 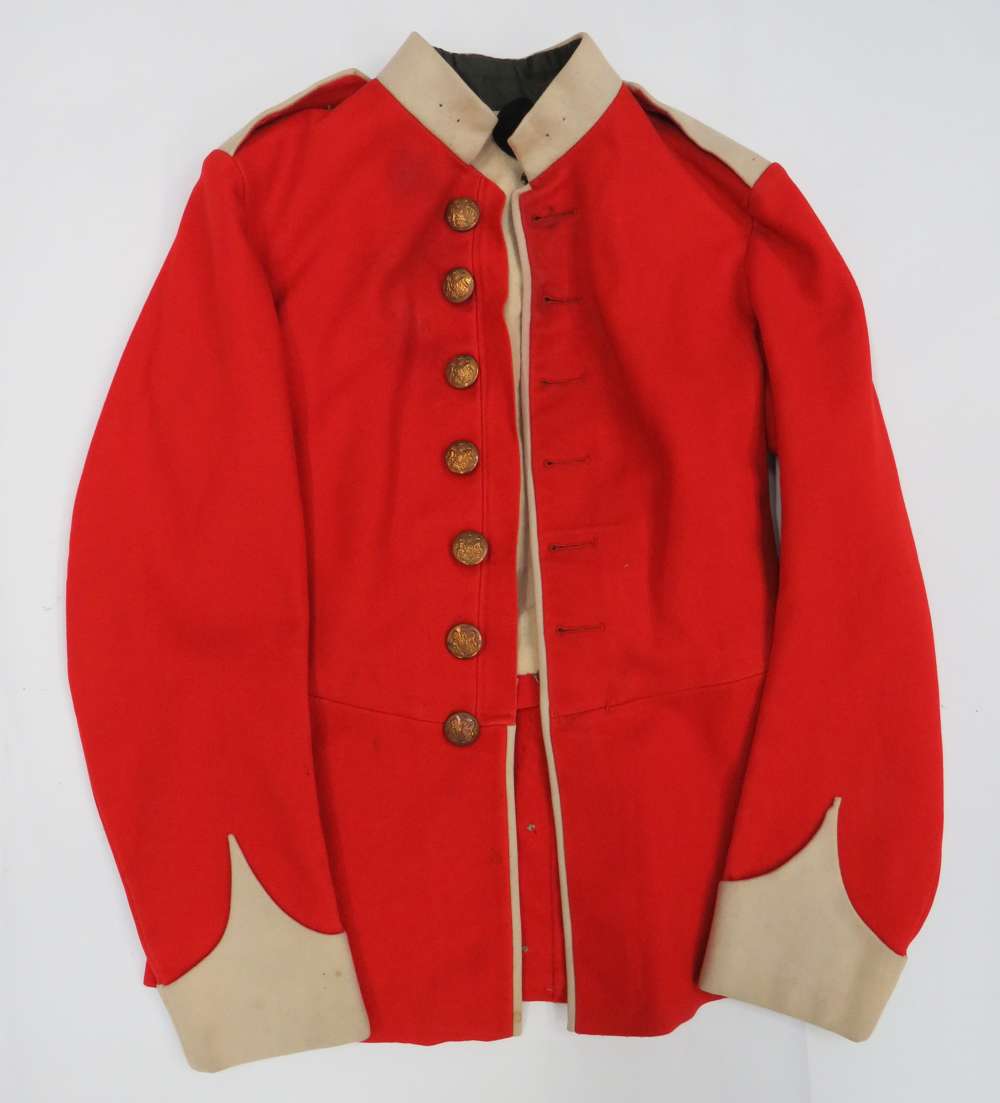 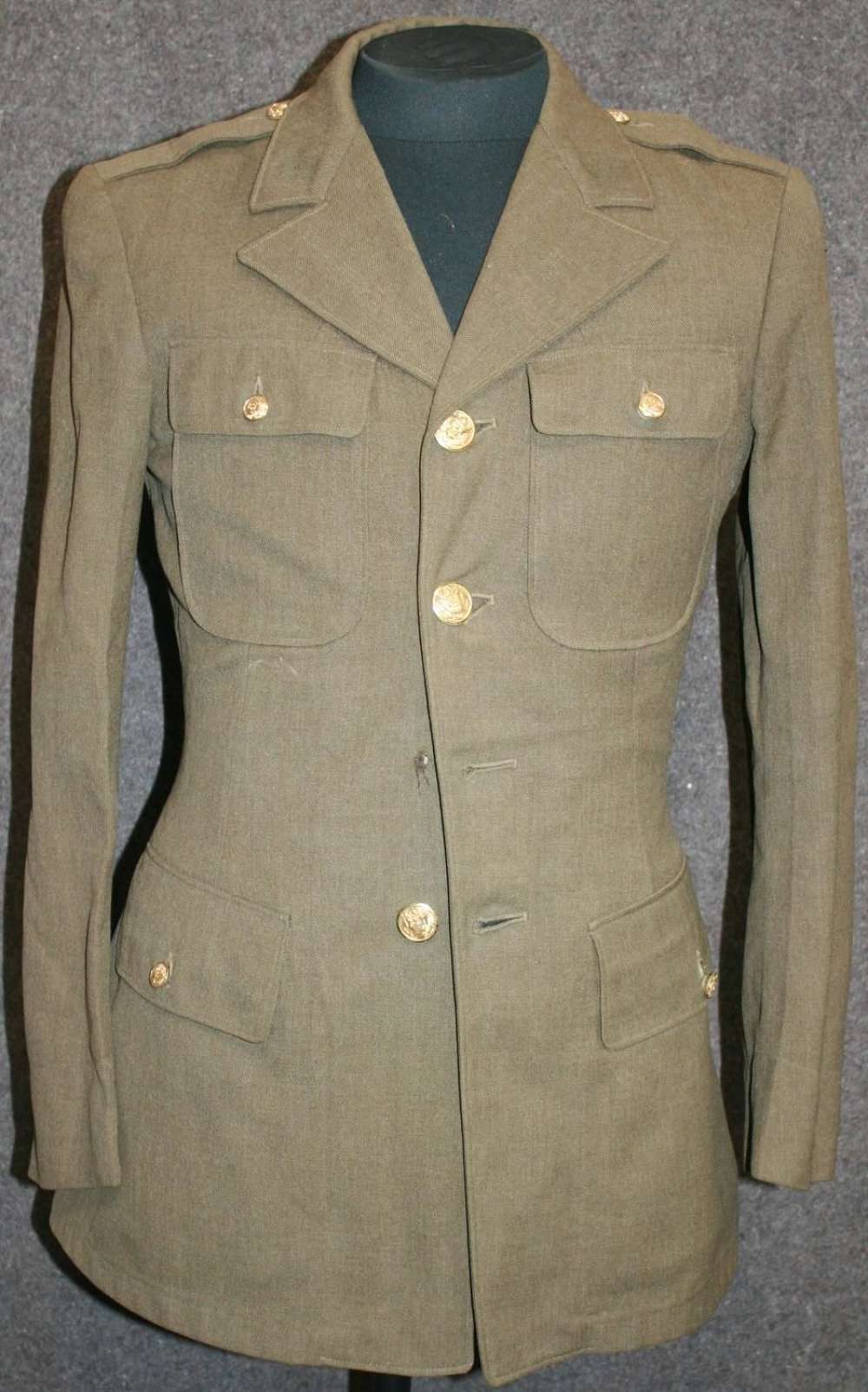 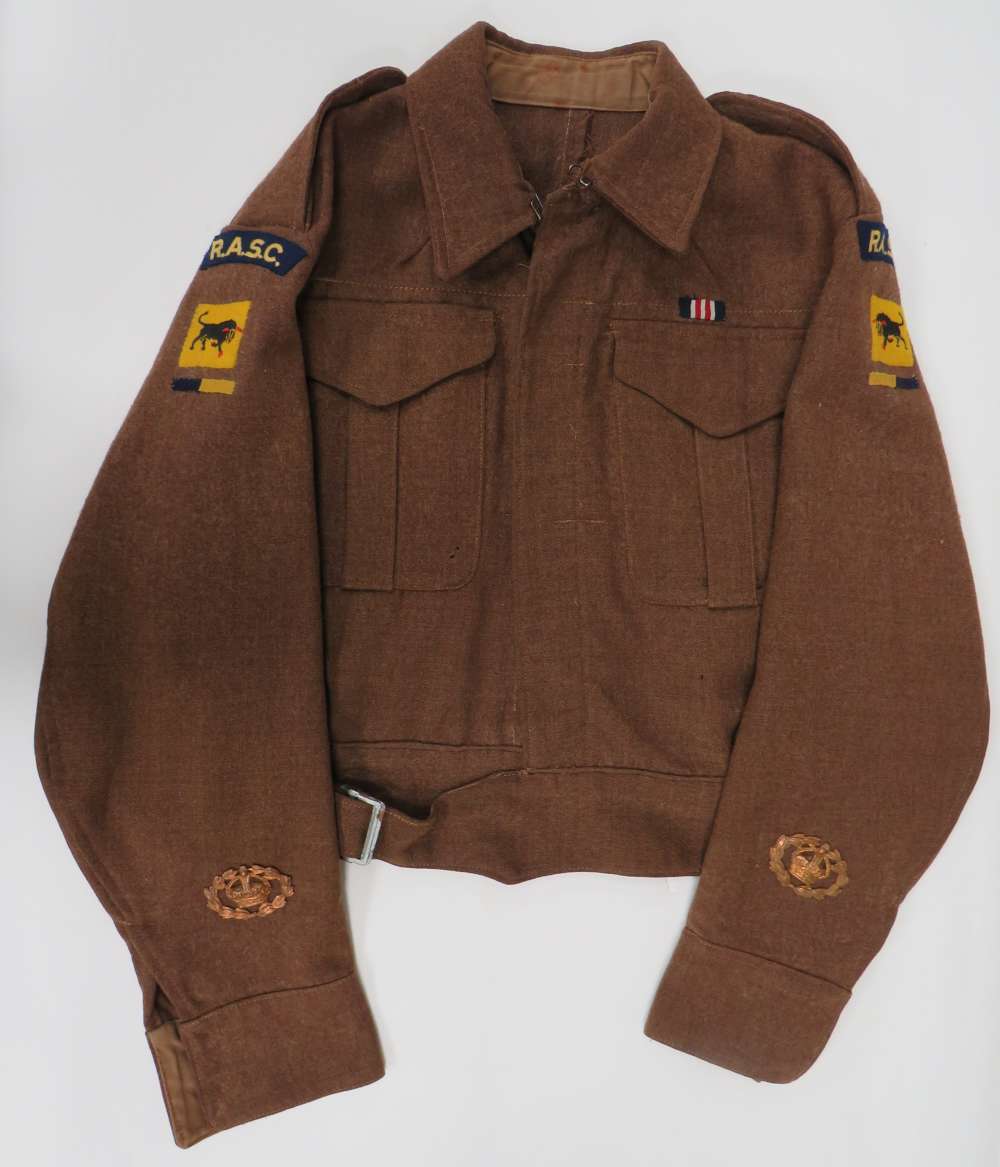 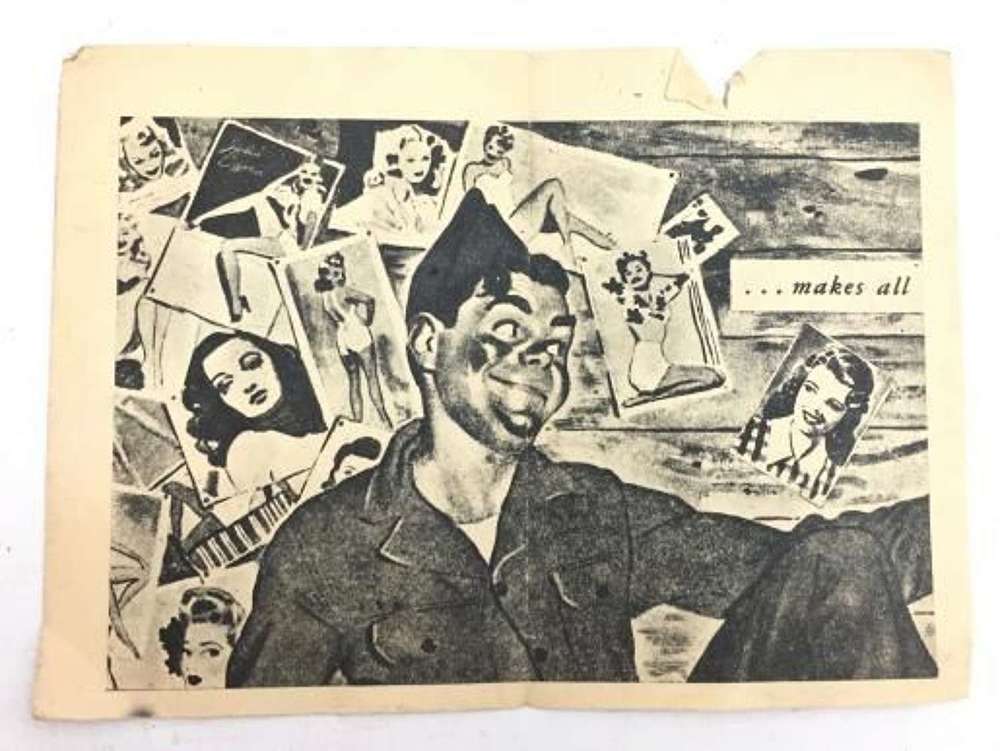 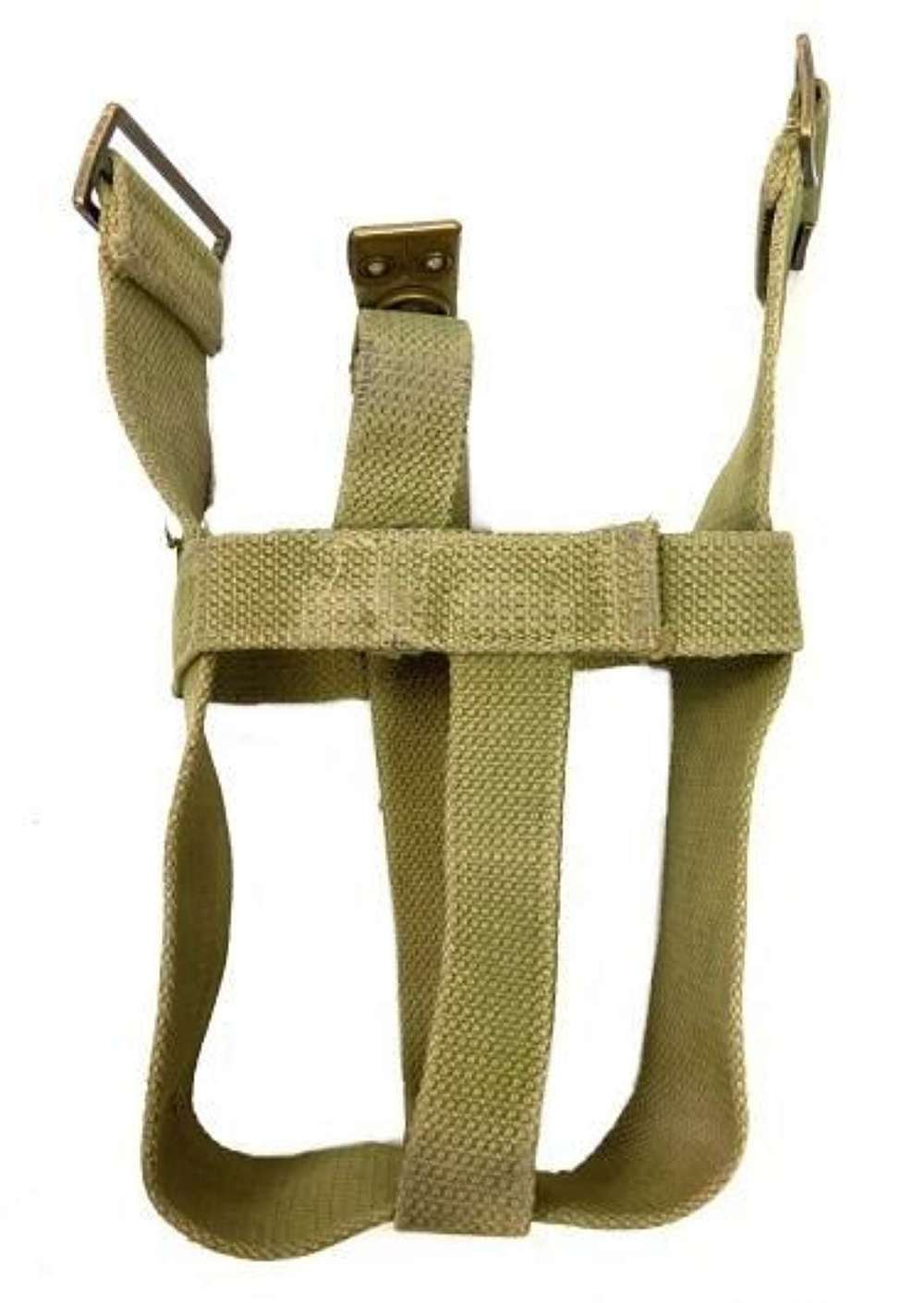 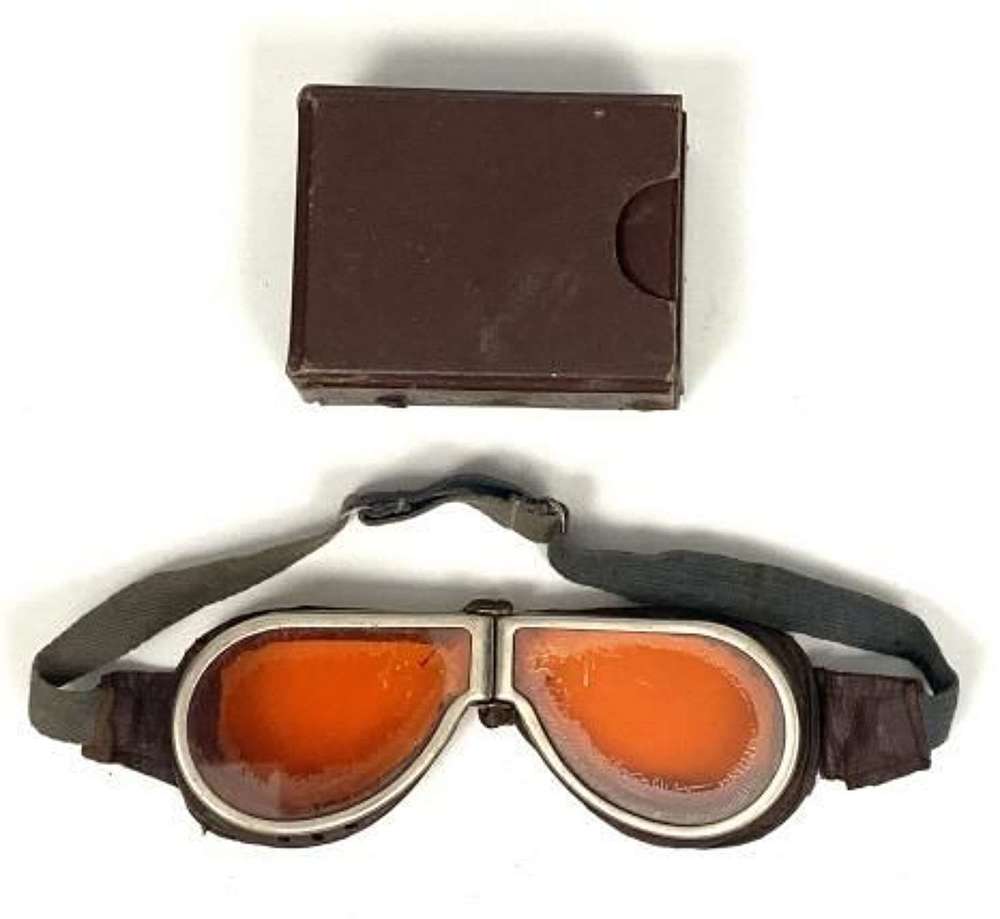 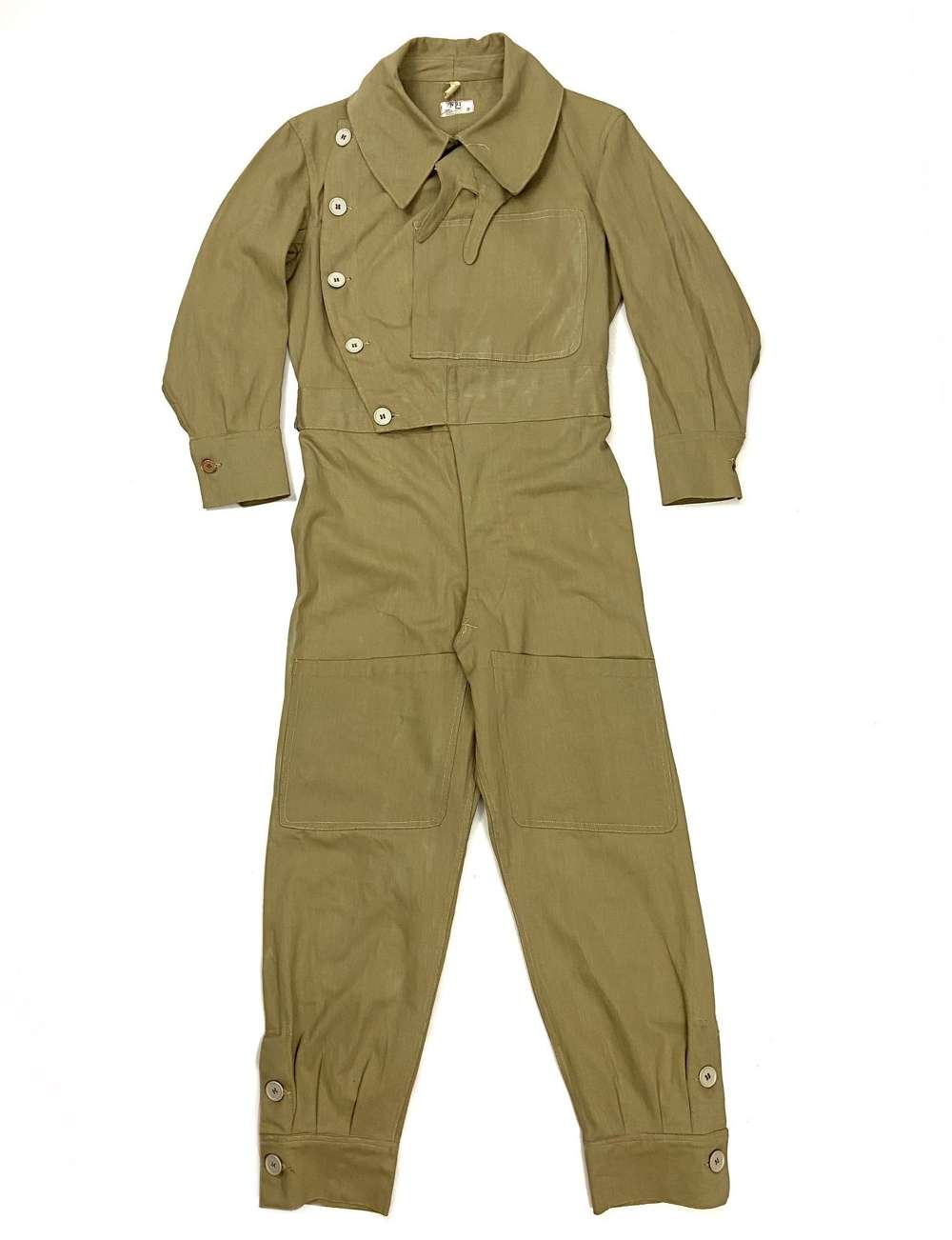