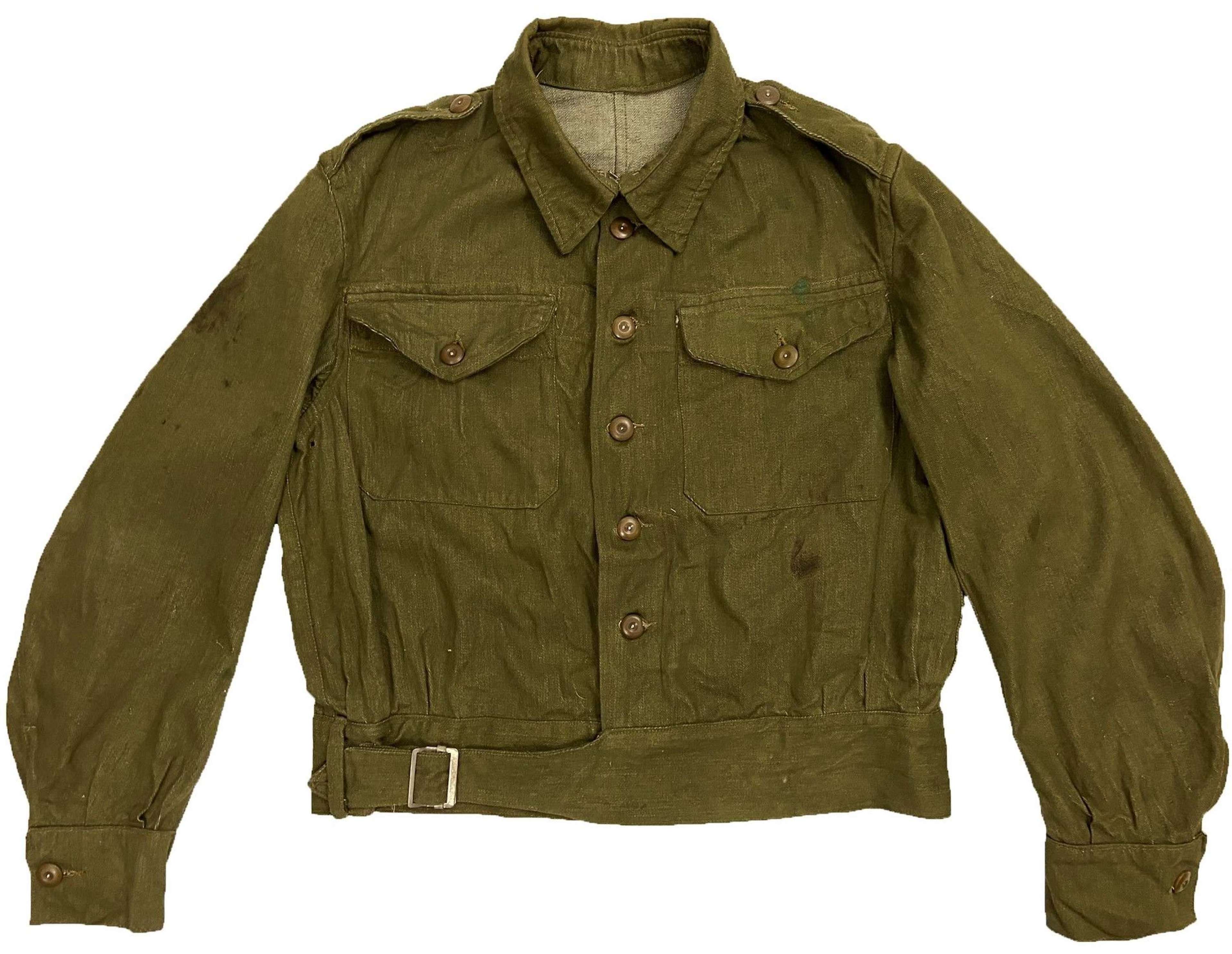 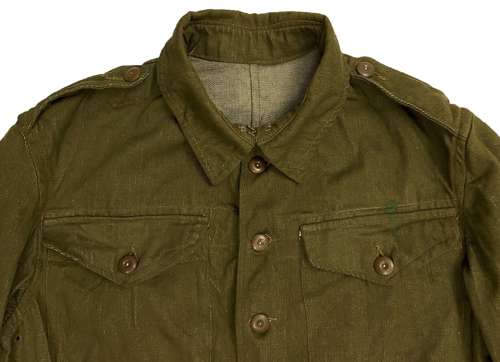 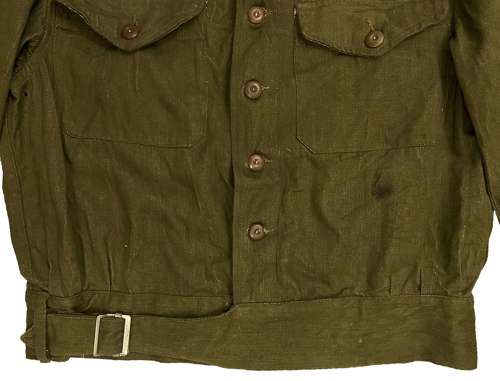 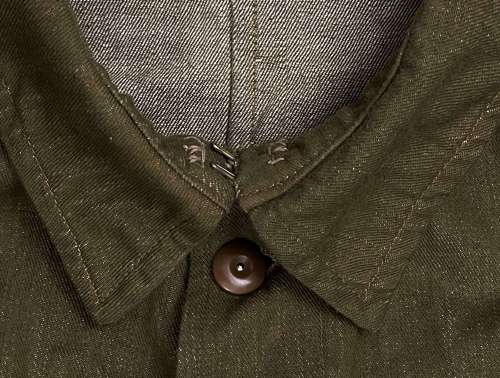 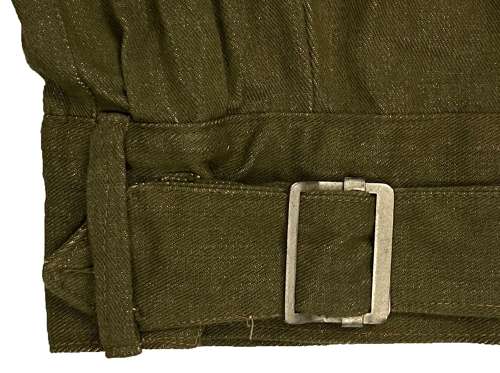 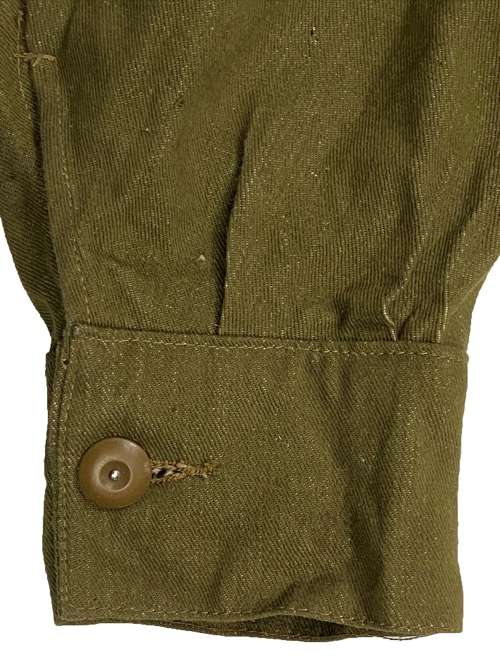 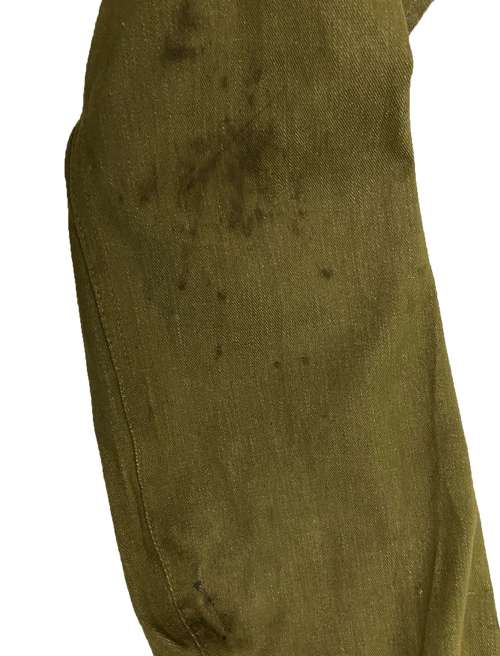 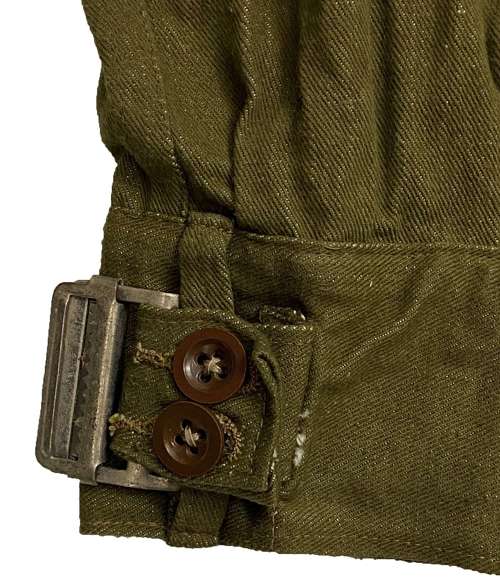 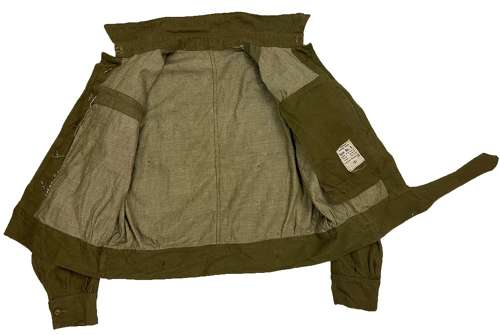 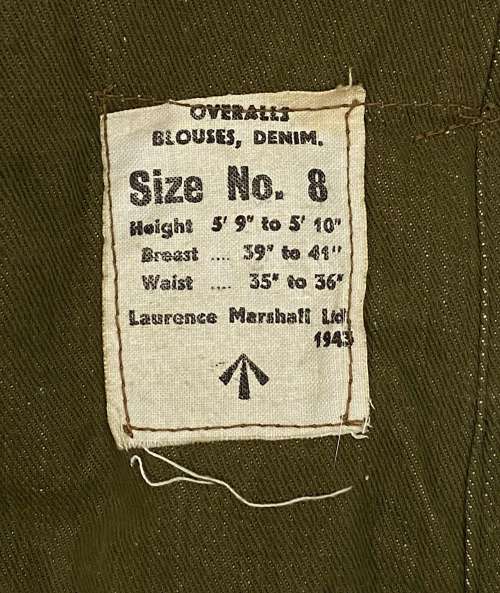 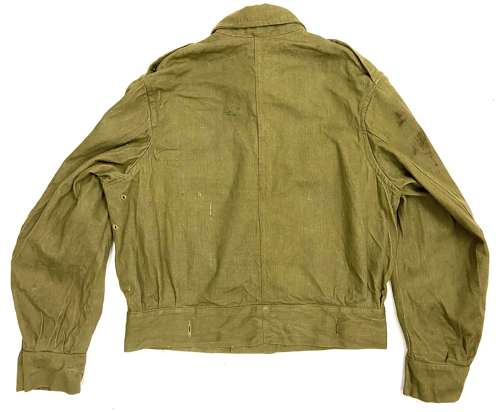 The jacket features a full set of chocolate brown coloured revolving shank buttons which are all held in place with the correct brass split rings or pins. At the waist a steel buckle is fitted and is held in place with two chocolate brown coloured plastic buttons. The jacket is made from a noticeably more green shade of denim than used on post-war jackets.

Inside the jacket the original label is present and is bright and legible. It bears the title of 'Overalls Blouses, Denim' and the size as No.8 which will fit up to a 41" chest. Below this the 1943 date is present as is the War Department broad arrow marking. The manufacturer's name is also present and reads 'Laurence Marshall Ltd'.

The jacket is in good condition for its age with only limited signs of washing and use. It has clearly been issued but is still very wearable and displays well. The jacket has a very fresh look but does have some marks to the left sleeve as shown in the pictures. This is of course a 77 year old pre owned piece of vintage workwear and therefore may have small issues commensurate with its age.

A nice, hard to find war dated example of a British Army Denim battledress jacket in a larger, wearable size.