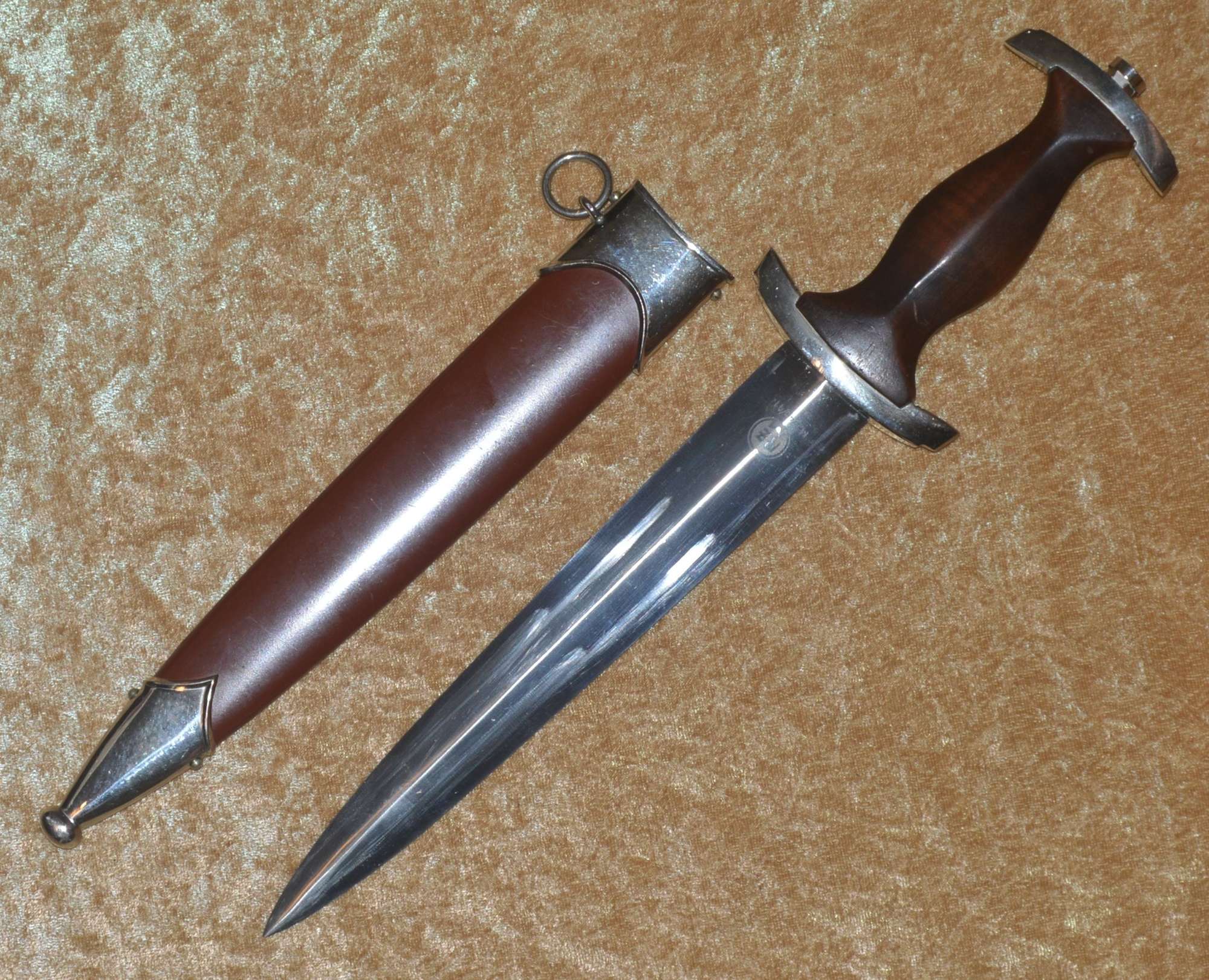 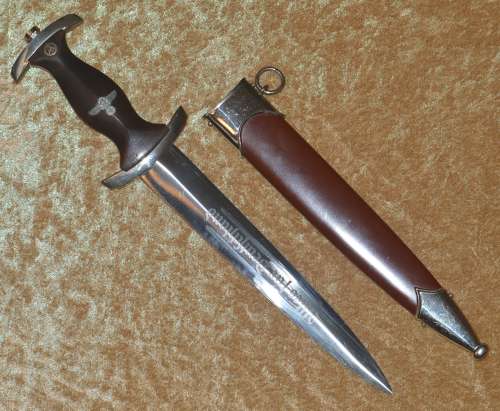 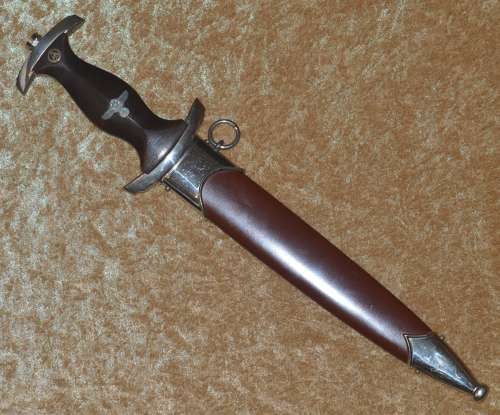 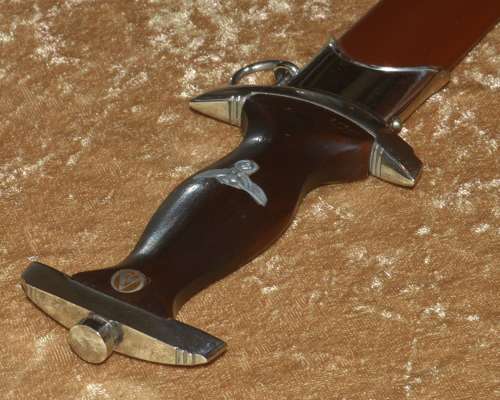 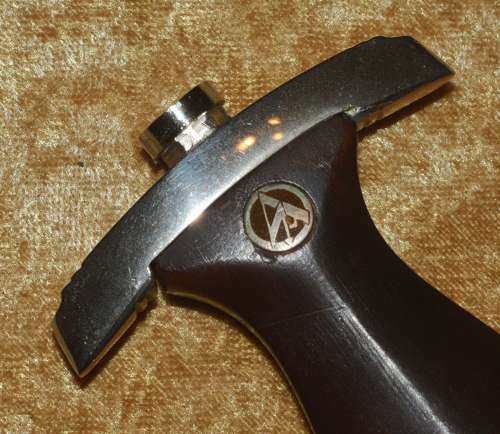 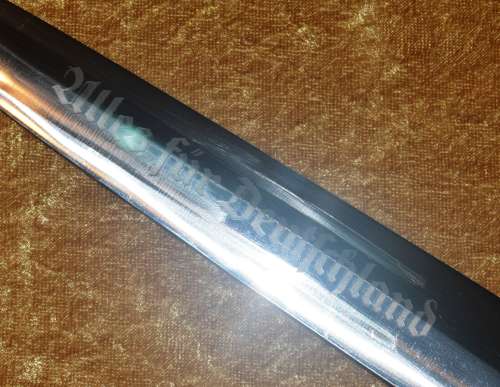 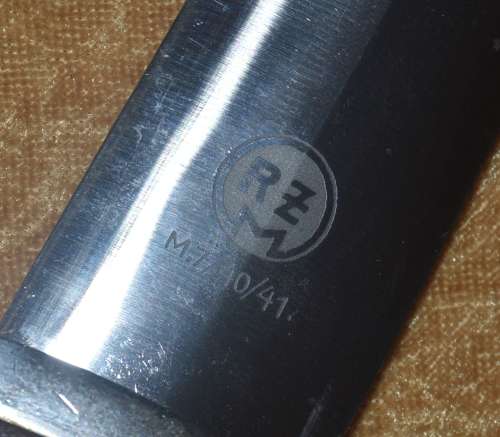 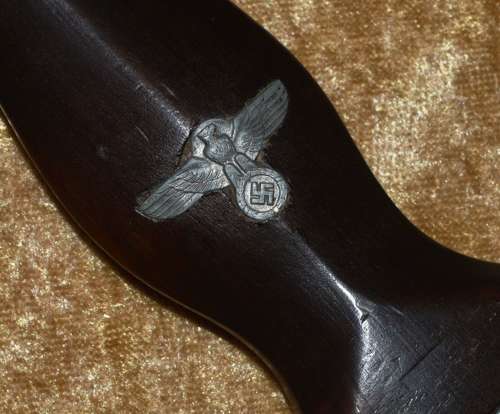 Introduced in 1933 to wear with the iconic "brown shirt" uniform of the SA “Sturmabteilung”
(Storm detachment).  The SA was the Nazi Party’s original paramilitary group which helped
Hitler rise to power and remained active until the end of WWII.  By the end of 1933 the SA
boasted membership of more than 3 million men, though it was much reduced in size and
power after “The Night of the Long Knives” where much of the leadership, including its
powerful head Ernst Rohm, were executed. This later manufactured example bears the
etched code “RZM/M.7/40/41.” on the blade for Hartkopf & Co. of Solingen.  While perhaps
not as good quality as early examples, the later examples are actually more scarce since
the SA had lost most of its power and membership by this time.   Featuring bright
unsharpened blade, crisp acid-etched "ALLES FUR DEUTSCHLAND” on one side and the
RZM code on the other; mild drag marks from scabbard.  Brown painted scabbard with no
dents and bright nickel-plated fittings. Nickel-plated crossguard and pommel; dark brown
wood handle with inlaid aluminum grip eagle and enameled SA emblem.  Shows minor
storage wear; tight crossguard and pommel and excellent nickel silver fittings. 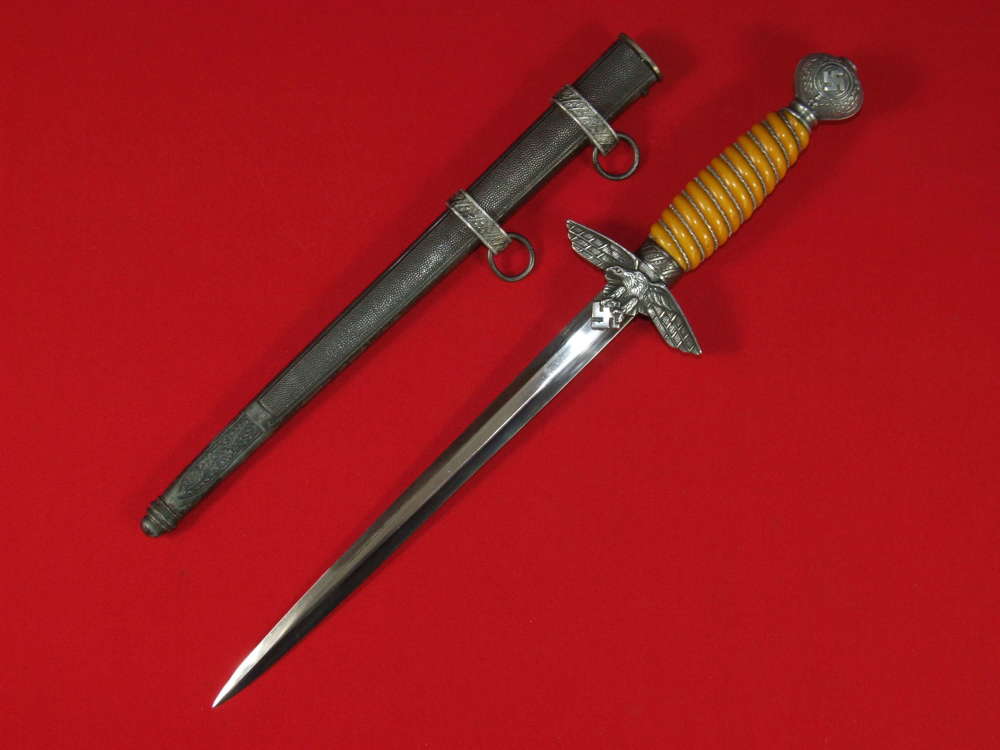 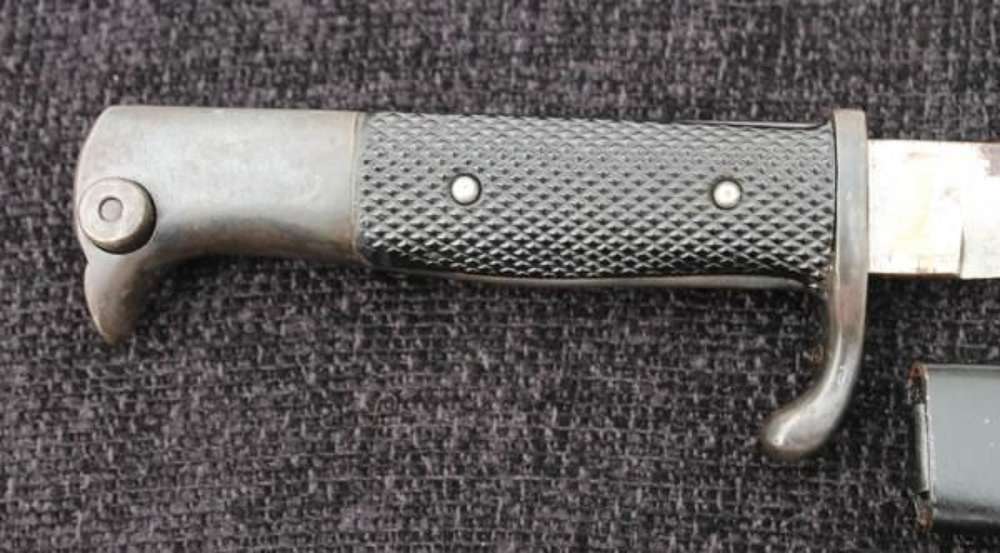 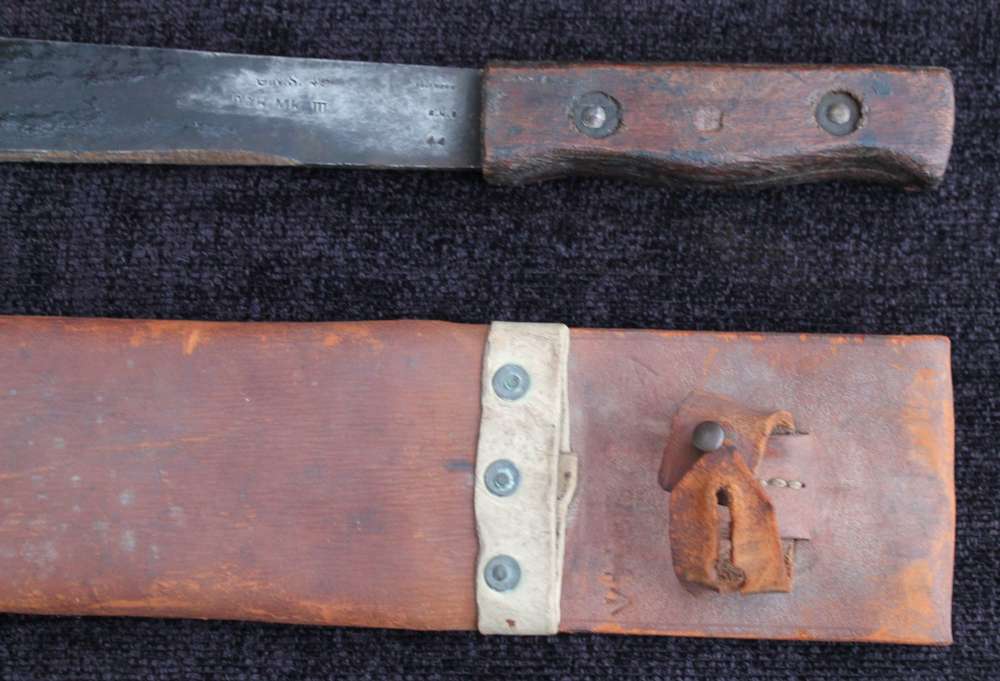