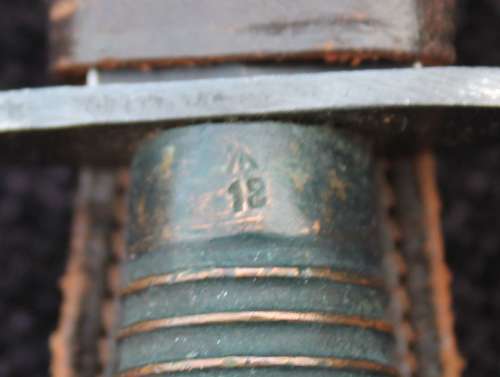 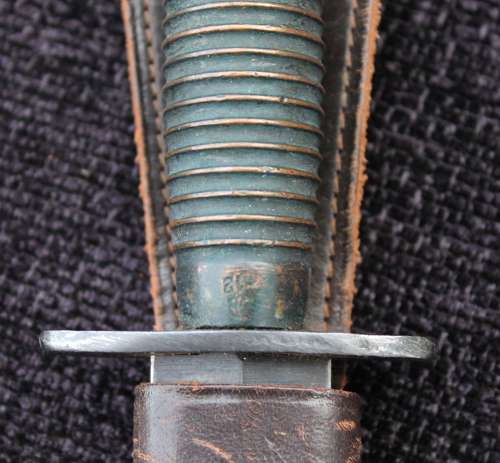 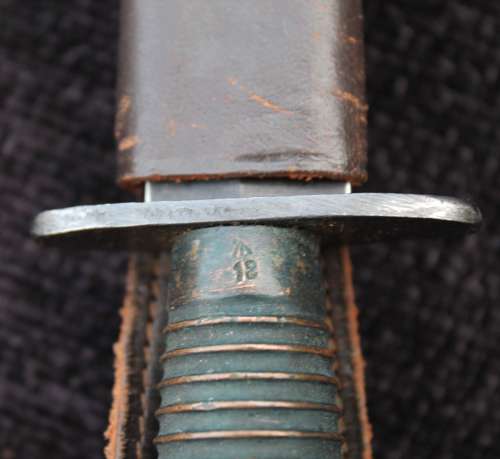 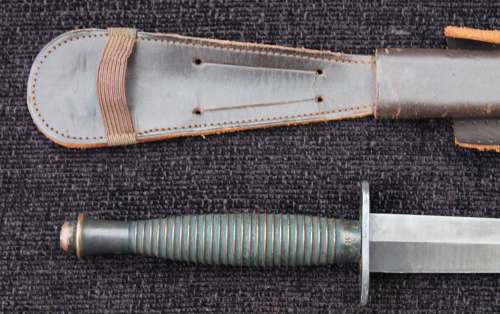 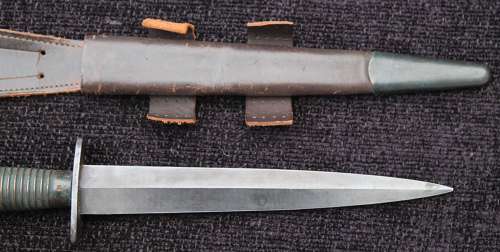 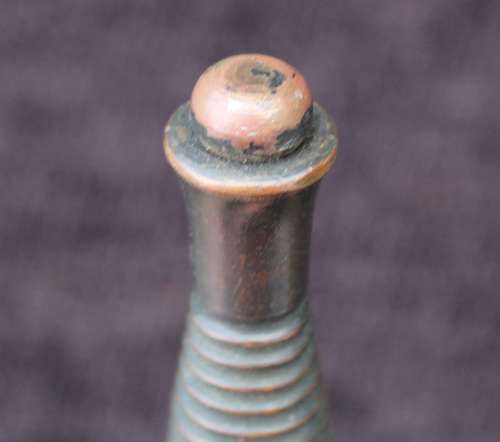 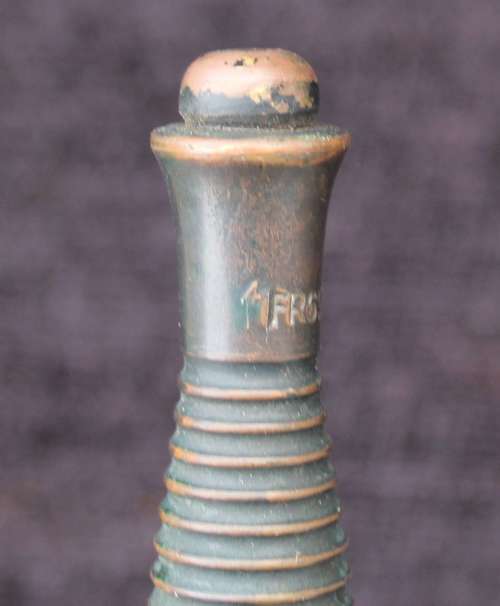 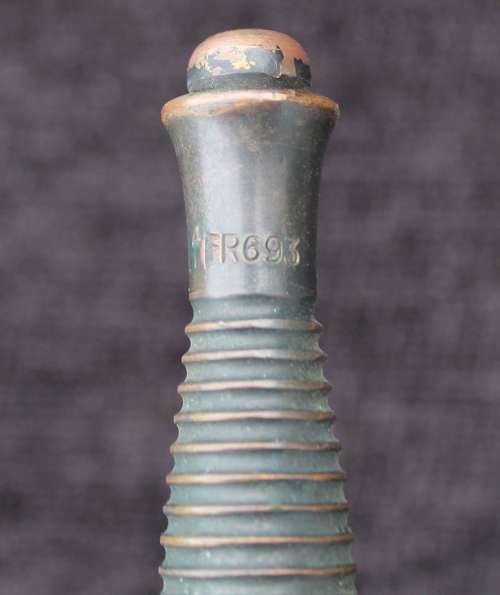 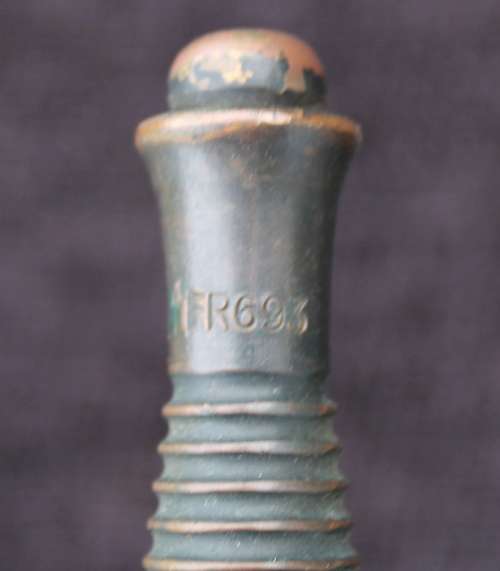 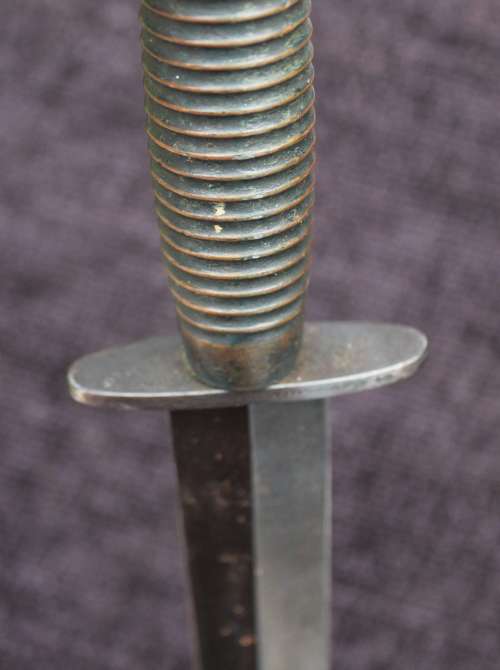 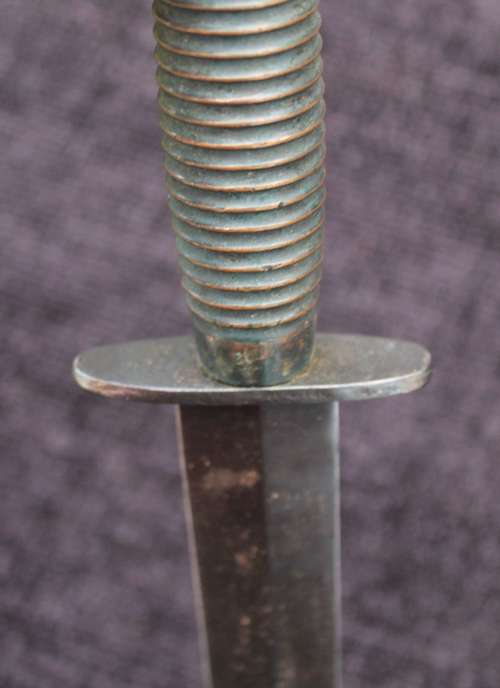 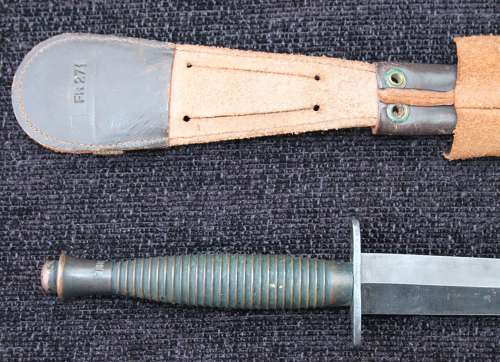 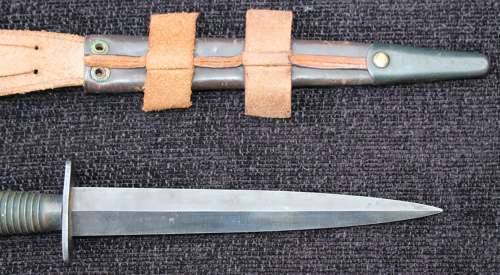 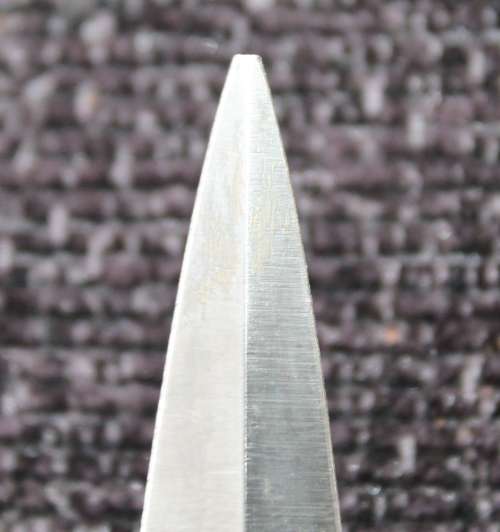 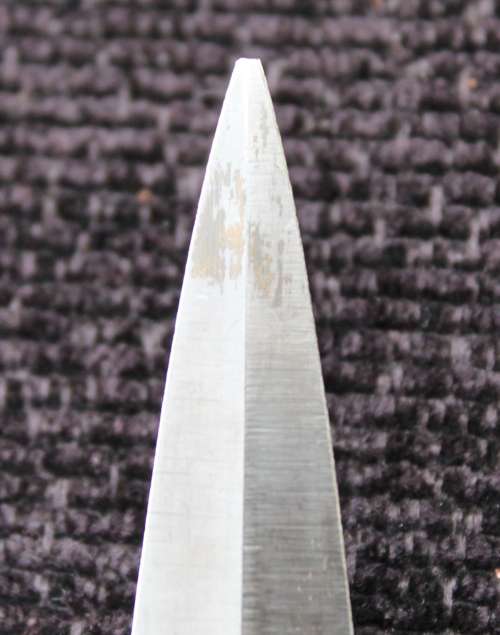 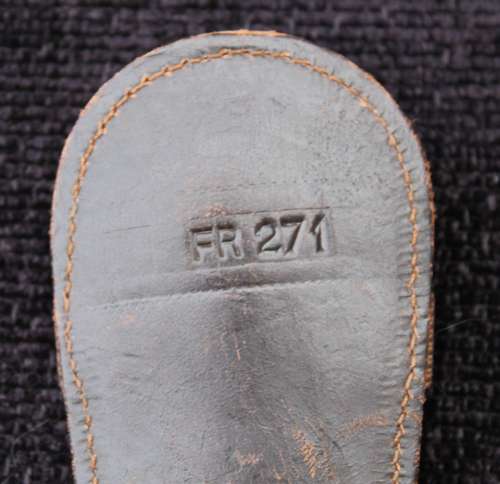 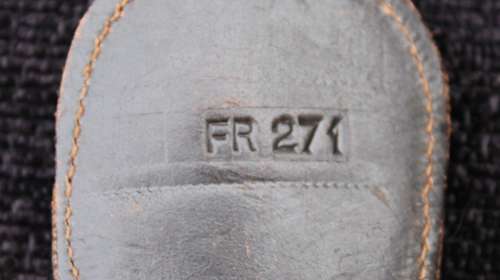 An unissued or very lightly used knife from WW2 which was deemed good enough to be retained, marked, and placed into stores for future issue.

This 3rd pattern carries a pommel inspection marking of "/|12" and a mould number "4". It retains a good amount of original finish. It untouched since it was discovered, so a gentle clean would bring out the best in it. It has been marked to the pommel with the store code "FR693"

It has a blade length of just over 6.75 inches. The blade shows light sharpening, and has a small areas of old grease. The very point of the blade is missing, leaving a "chisel" tip.

The sheath is a correct wartime produced example, in very good condition. It retains its original elastic, which maintains most of its elasticity. Tabs are present, but "rolled" from storage. The rear is marked FR271.

At least one of these knives is known by me to have made its way to the Falklands in 1982. Whether it was acquired or issued from store however is a matter for further debate.

A very good example of a scarce FS variation, which would be hard to upgrade.