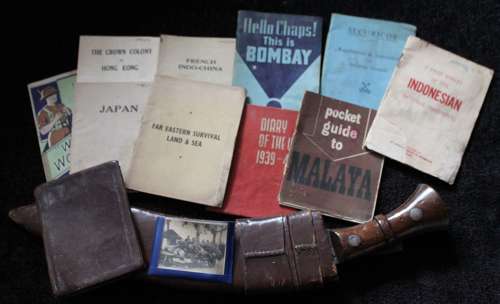 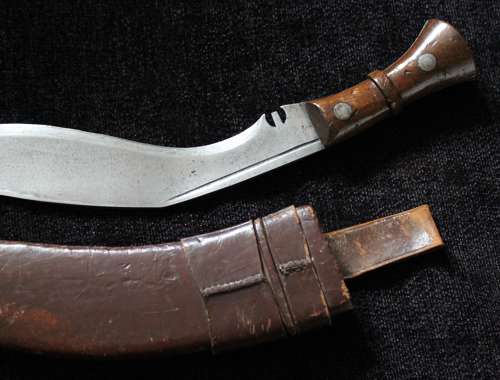 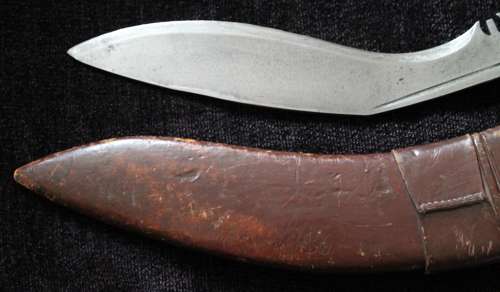 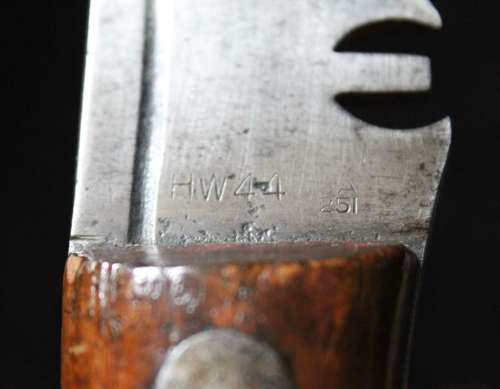 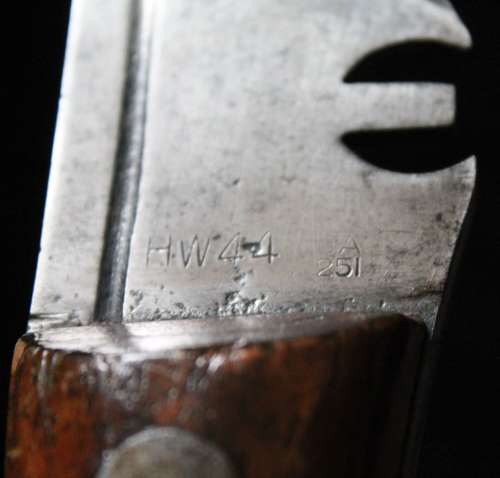 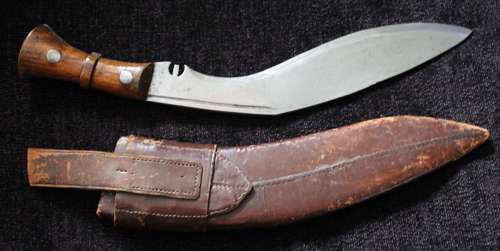 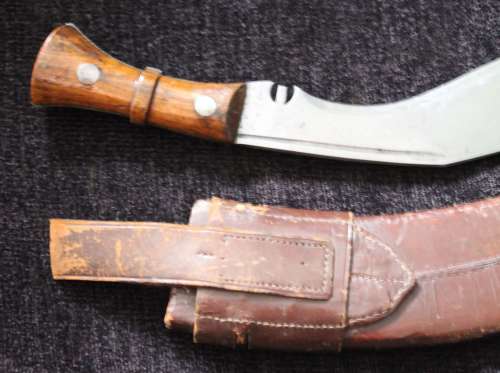 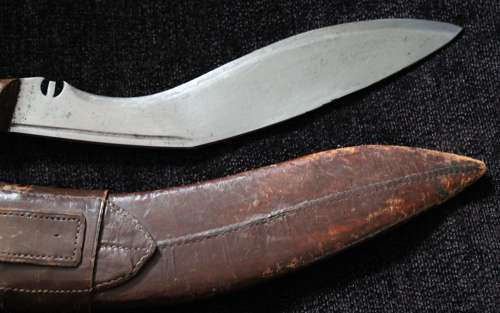 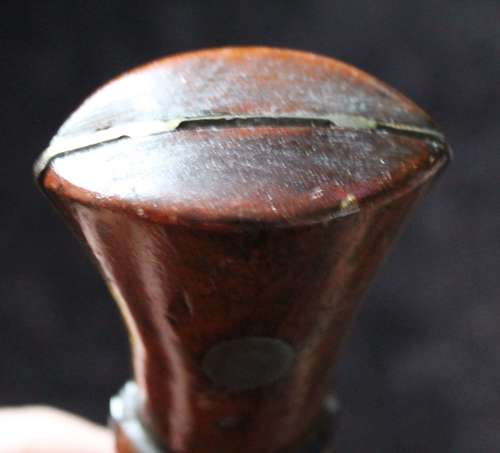 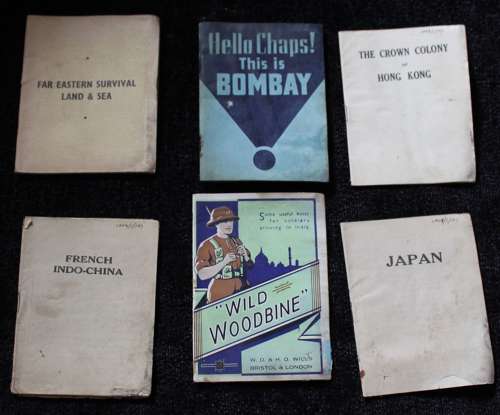 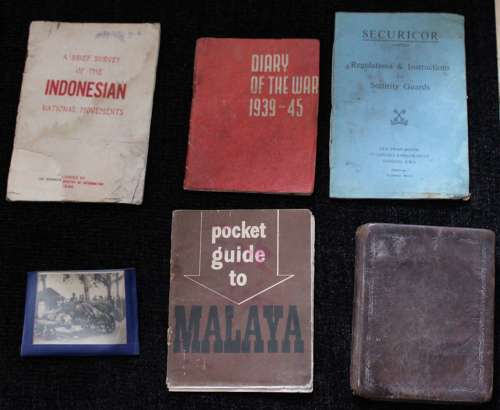 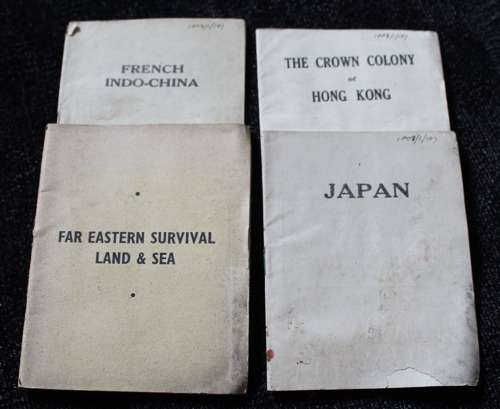 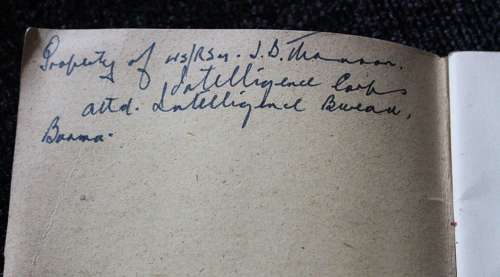 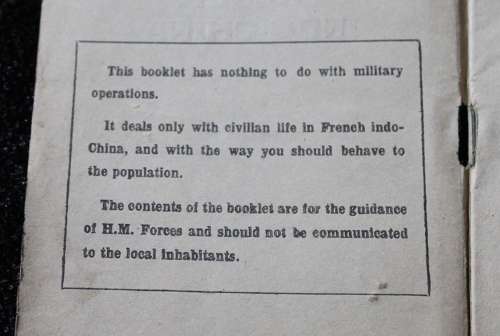 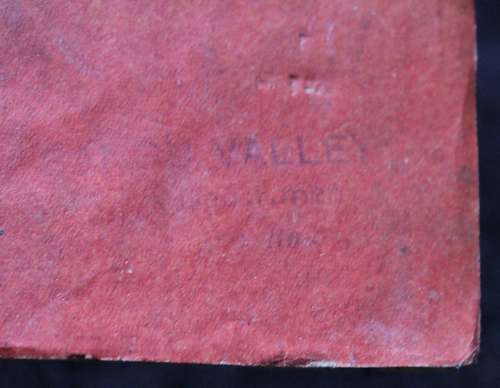 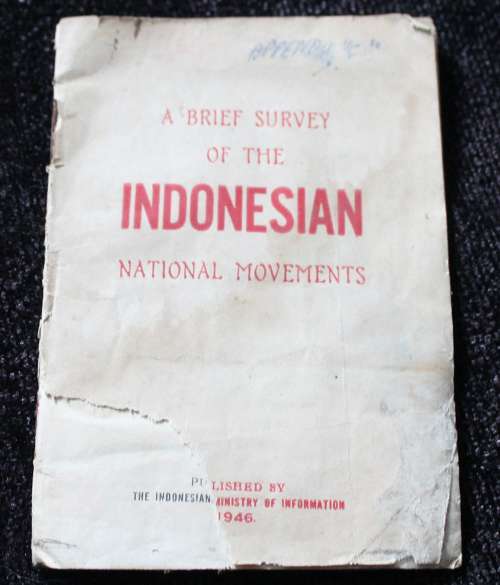 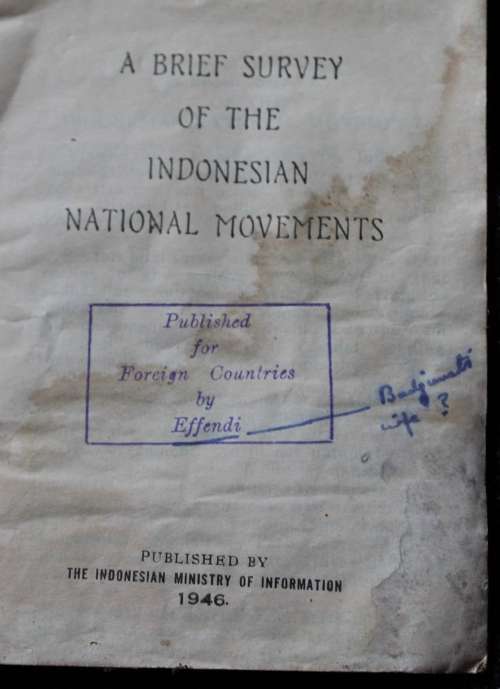 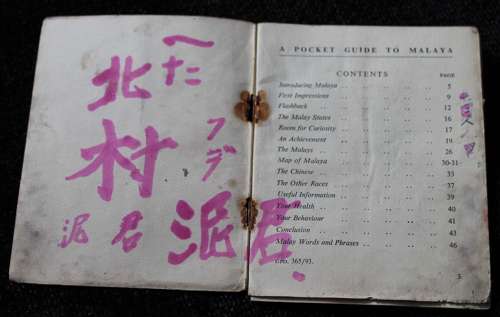 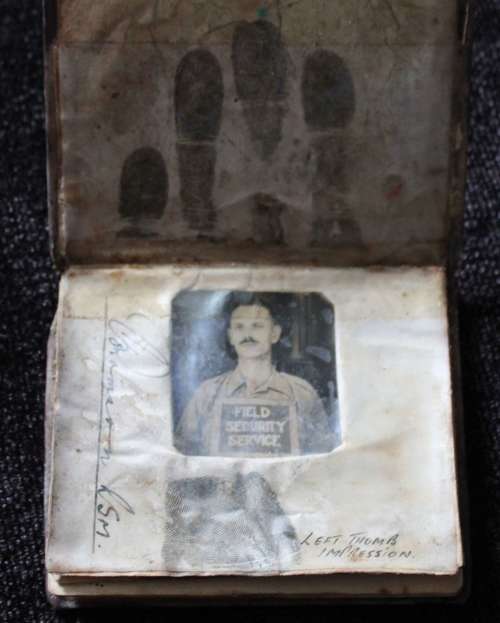 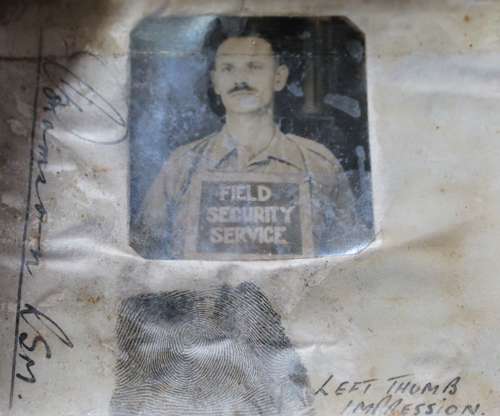 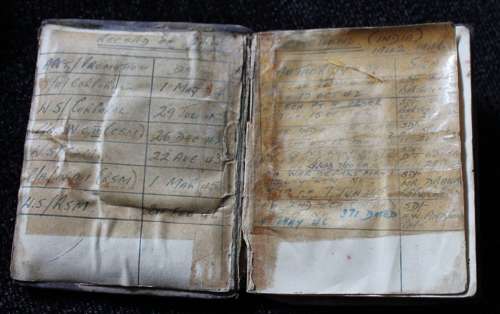 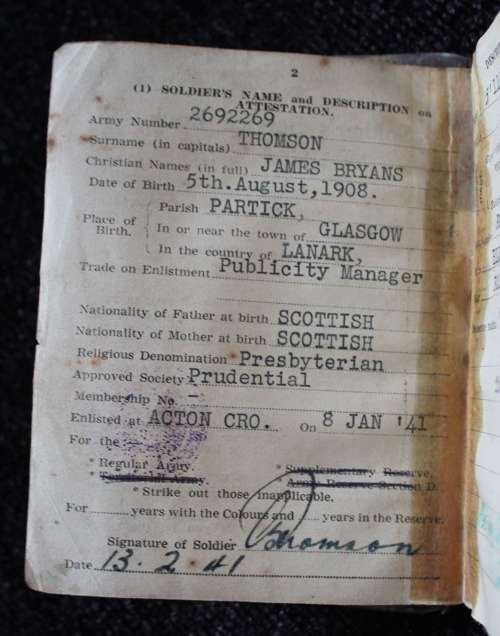 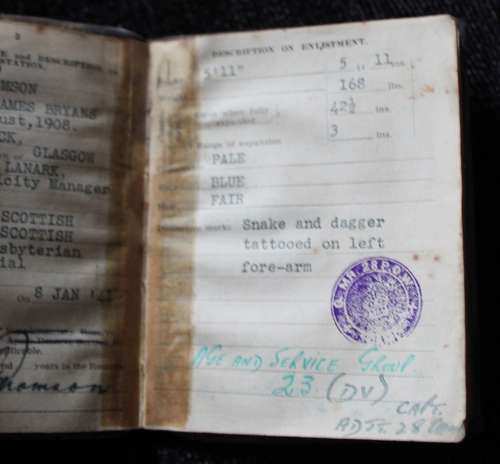 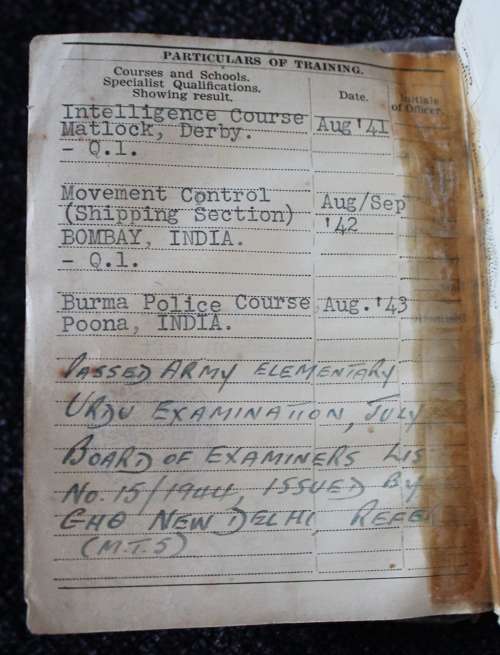 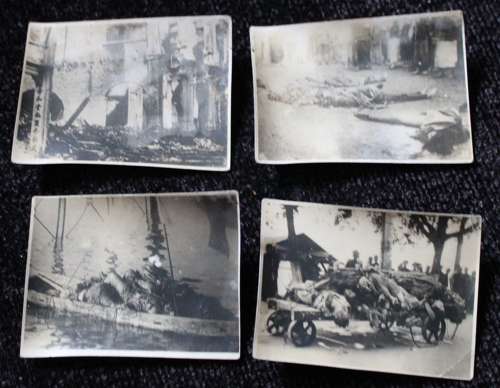 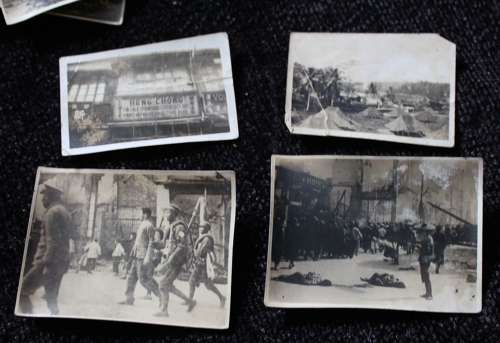 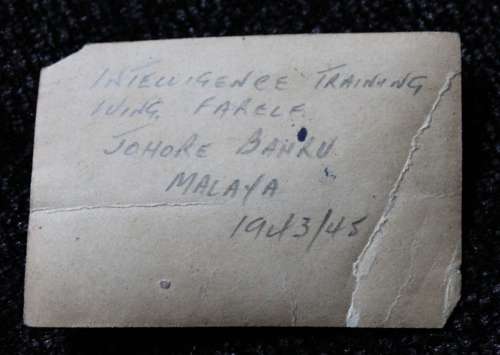 An interesting kukri and document grouping belonging to RSM Thompson of the Field Security Service, and Intelligence Corps, stationed in Burma. He also seems to have had a connection with the Intelligence Training Wing, later the Jungle Warfare School in Johore Bahru. It is known that the Field Security services were responsible for both civil and military security, they had links with Special Service Brigade, who, alongside commando units, were placed on "Special Duties".

Comprising a very nice field carried MK III issue kukri, maker marked "H.W. 44" with SA inspection marking. The butt cap has been professionally removed, likely to save weight when carried, a sensible modification which I have seen on other provenanced Burma carried pieces.

The blade shows signs of service sharpening and use, but is generally very good. The timber grips are also in good condition, free from splits or chips. Slight movement in the grip, likely a loosening of the rivets over the years. Could be remedied if desired.

Housed in a brown leather scabbard with frog loop.

There is also RSM Thompson's leather bound identification dated 1944, featuring his hand print, and his photograph in uniform. This has some old taped repairs, but still yields details of his training and promotions. I must say he looks a rather tough customer, and obviously a bright and capable soldier.

The rest of the grouping comprises eight rather graphic photographs showing dead Japanese, and other wartime scenes. There are also verious wartime pamphlets and information booklets, which were obviously used/acquired by Thompson during the course of his various duties.

An interesting character, and well worthy of some further research.