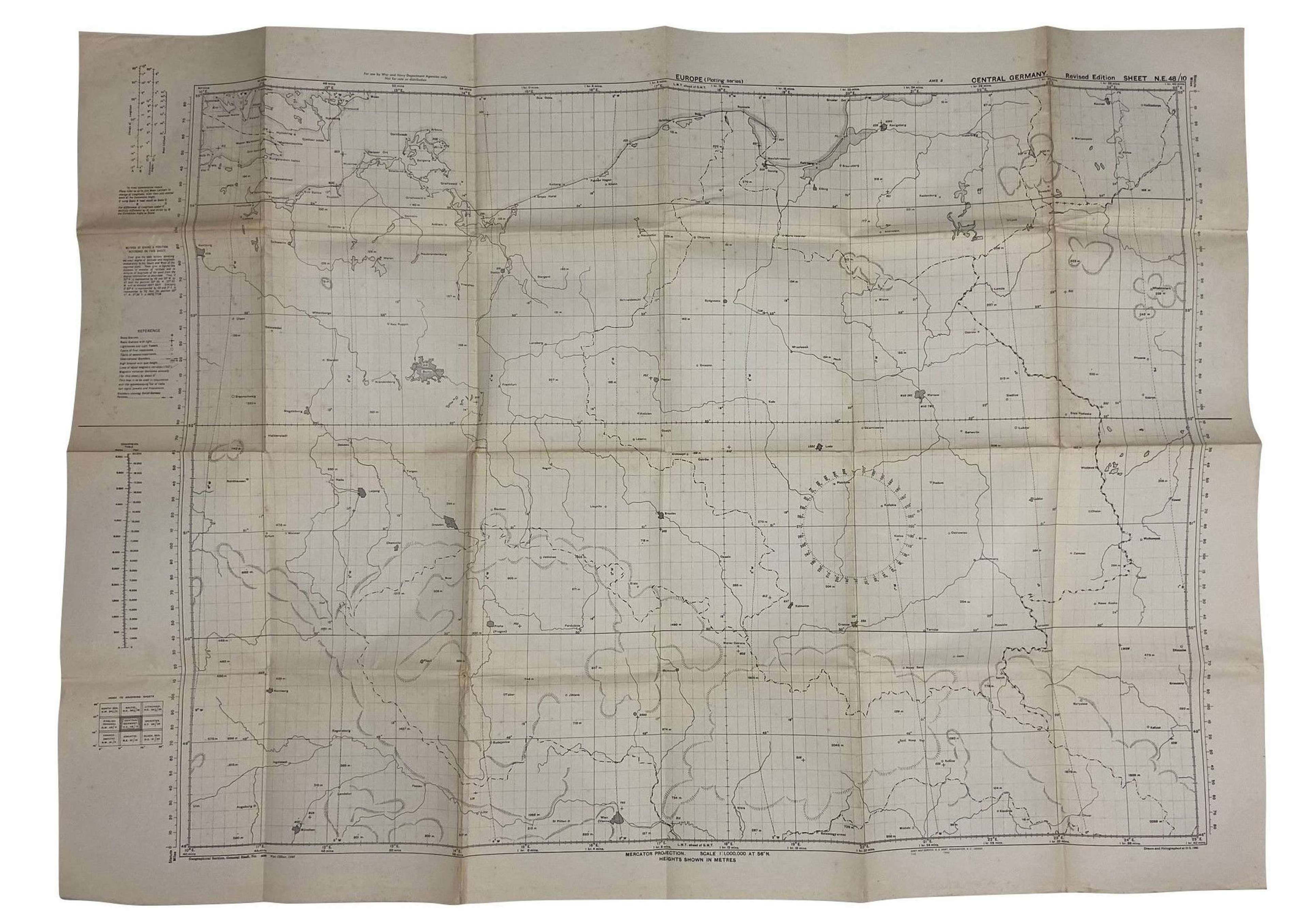 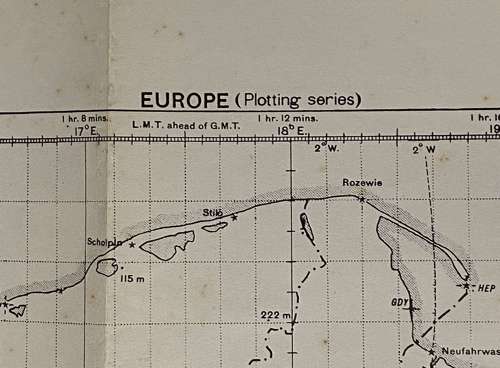 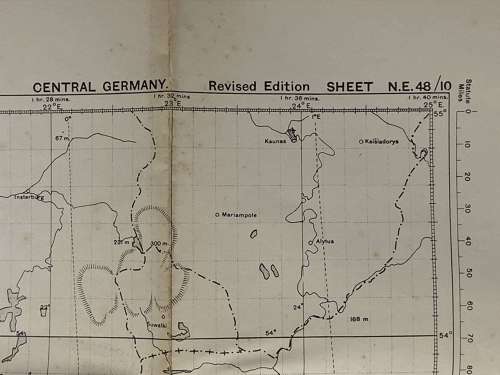 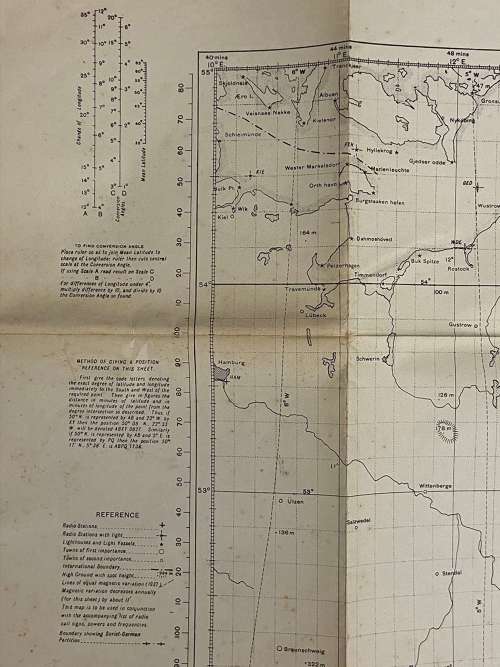 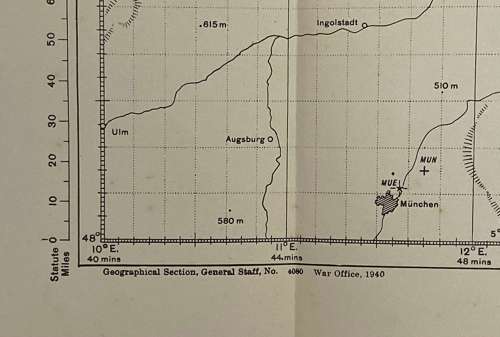 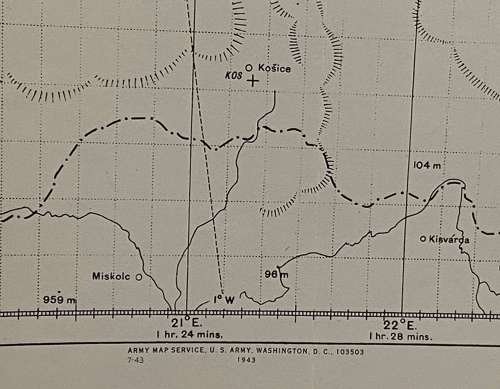 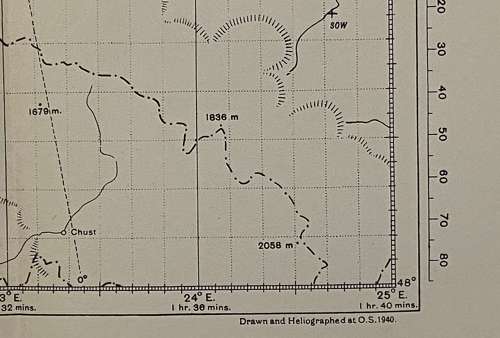 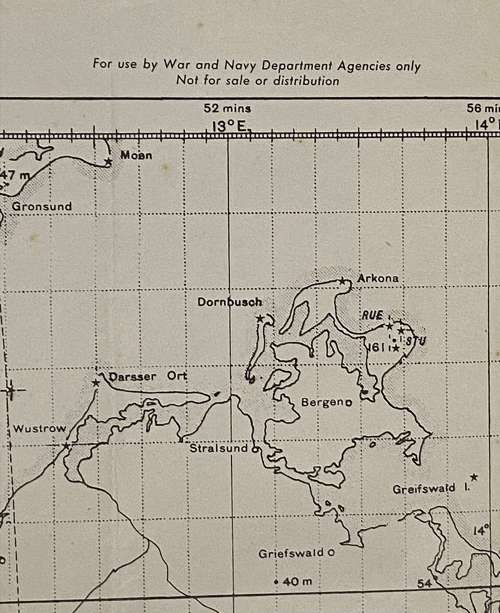 This map belonged to Flight Sergeant Cash who was a pilot during the Second World War. The map is a United States Army Map Service Plotting Map of Central Germany and is dated July 1943.

The map is in good condition for its age with various signs of wear and use. It is far from perfect but displays well.

A nice original wartime dated map which has RAF history! 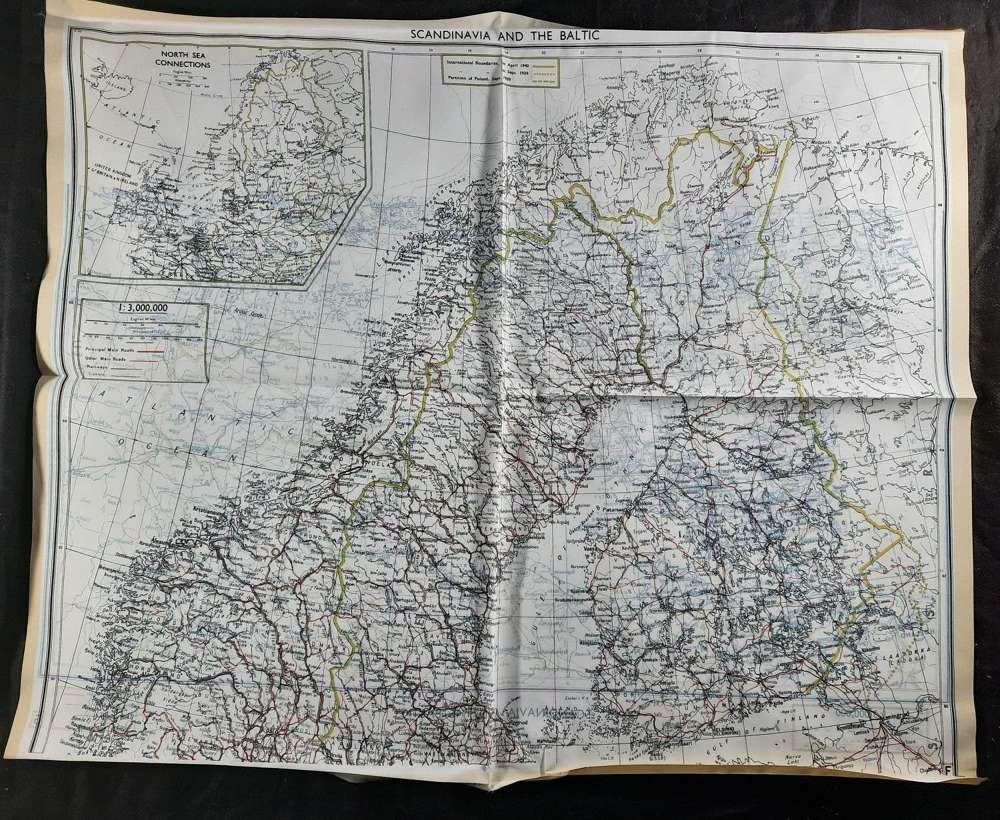 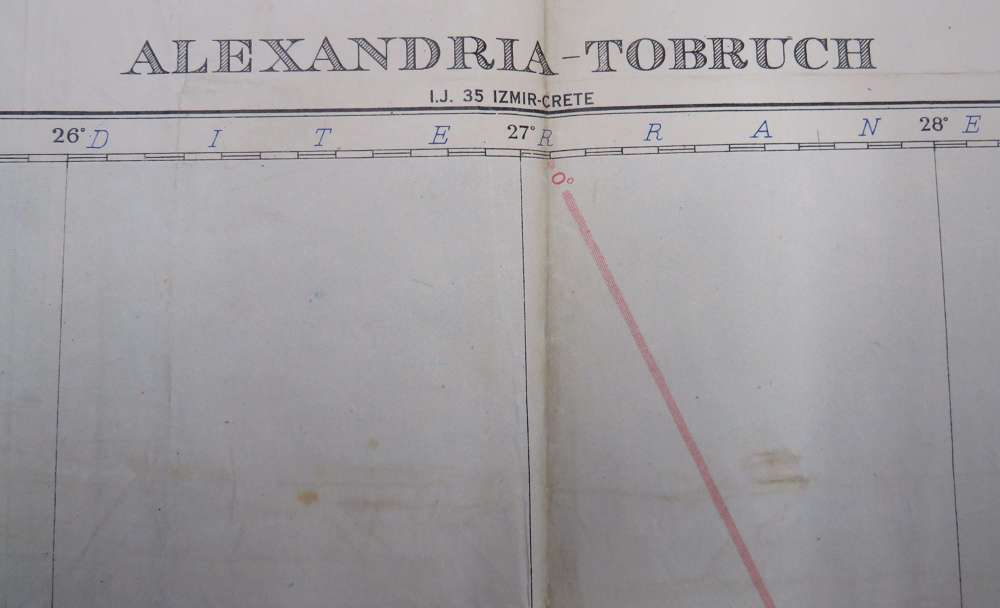 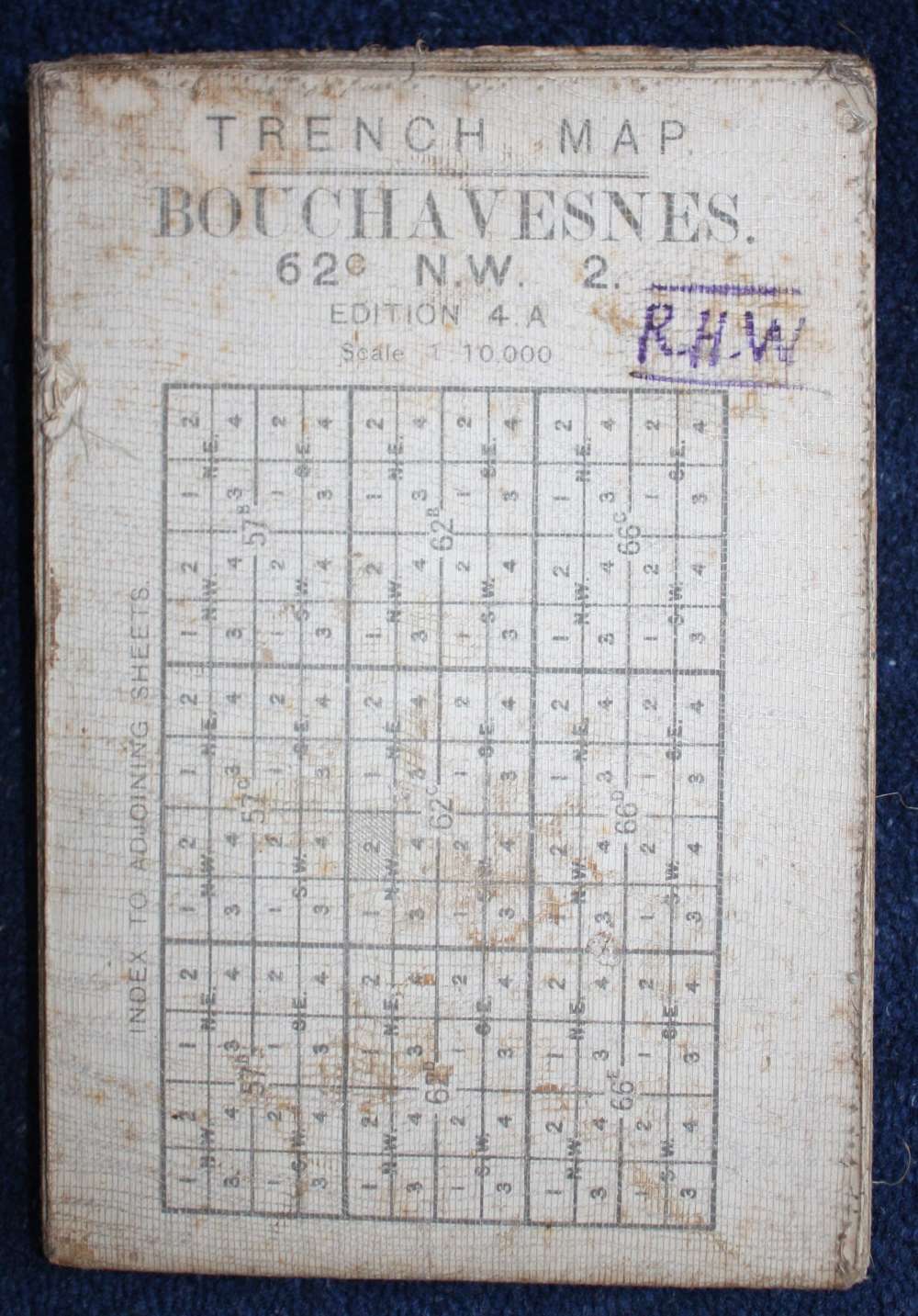 Original 1941 Dated Royal Artillery Webbing Plotting Board Case by 'ME