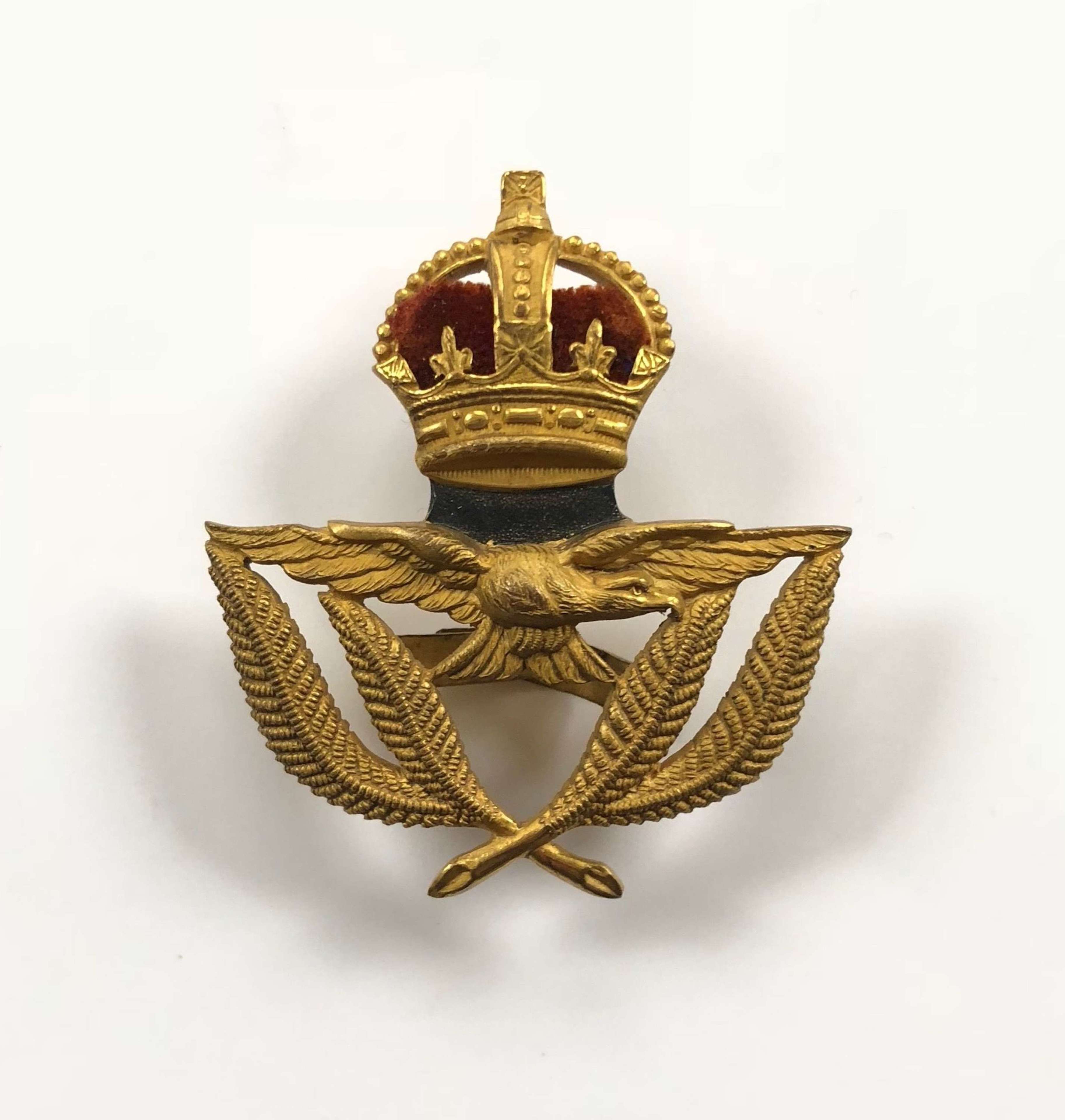 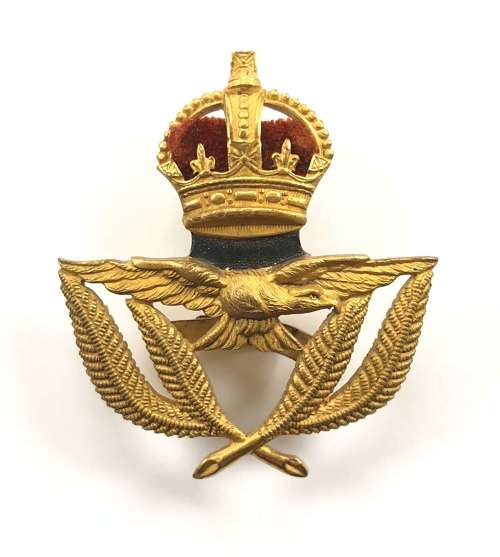 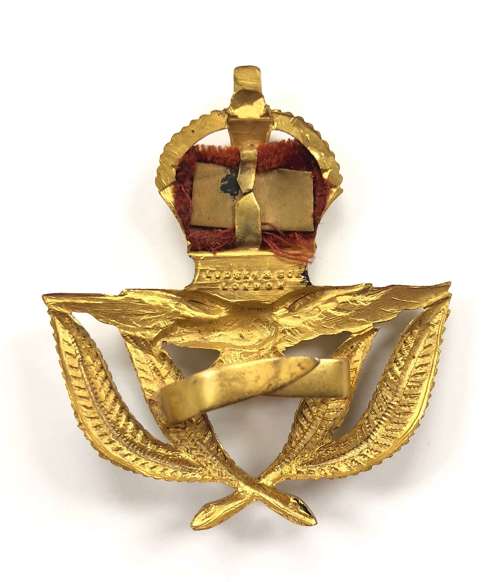 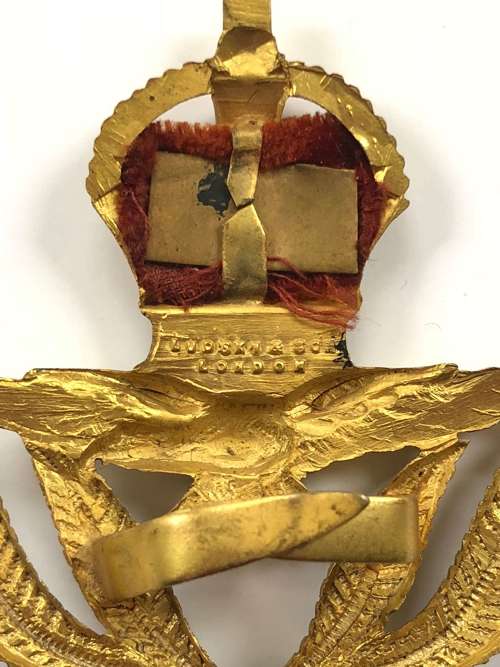 A very rare example of the 1st pattern RAF cap badge introduced to be worn by Second Lieutenants only and worn by Second Lieutenant Bryant Lillywhite, late 16th London Regiment.
This gilt metal cap bade with crimson velvet to the cushion of the crown. The reverse with thick blade fitting and embossed maker’s details of “LUDSKI & SON LONDON”. Gilt bright and fresh.
See item 19308 for 2lt Lillywhite’s biographical details.

On the creation of the RAF on the 1st April 1918 this pattern of  all metal badge was intended to be worn by newly commissioned Second Lieutenants along with gilt rank bars. This example with the early feature of blades and the maker Ludski. Within a short time the badge was changed for the more standard cloth backed pattern and the rank bars were removed.
It is interesting to note that in the book “British Air Forces 1914-1918” Book 2 by Andrew and Peter Cormack he illustrates this badge being worn by a Second Lieutenant and describes it as “RAF War Economy Cap Badge” Not to be confused with later Warrant Officer Cap Badges.

Other items in Other RAF Badges

View all in Other RAF Badges 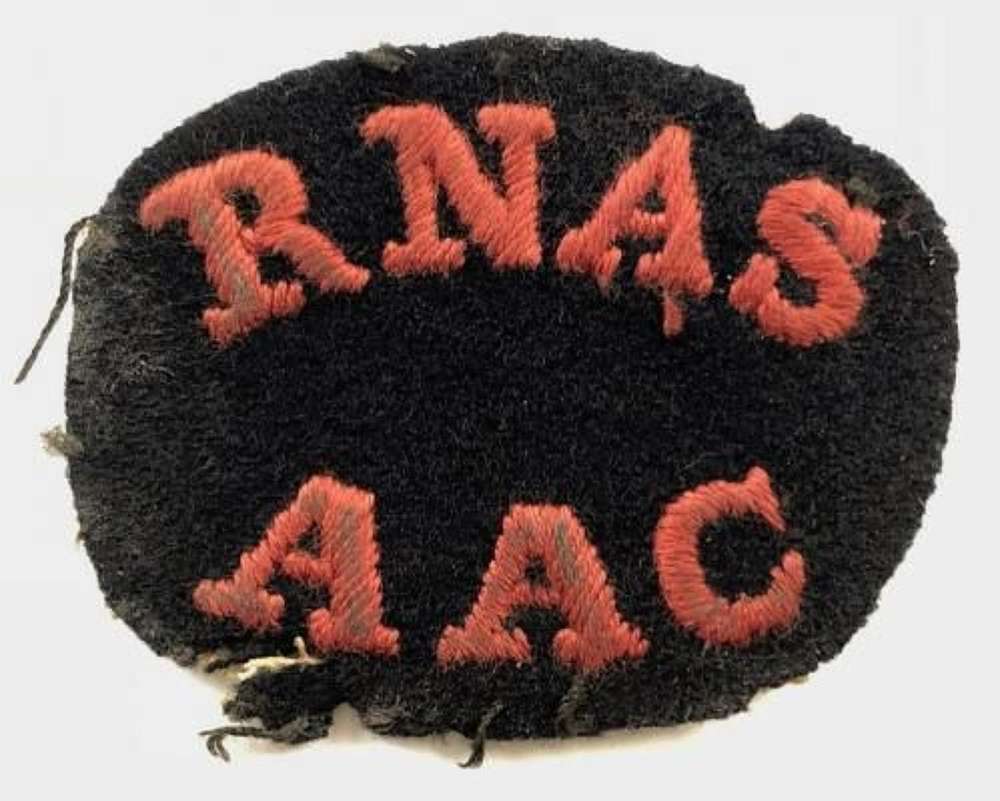 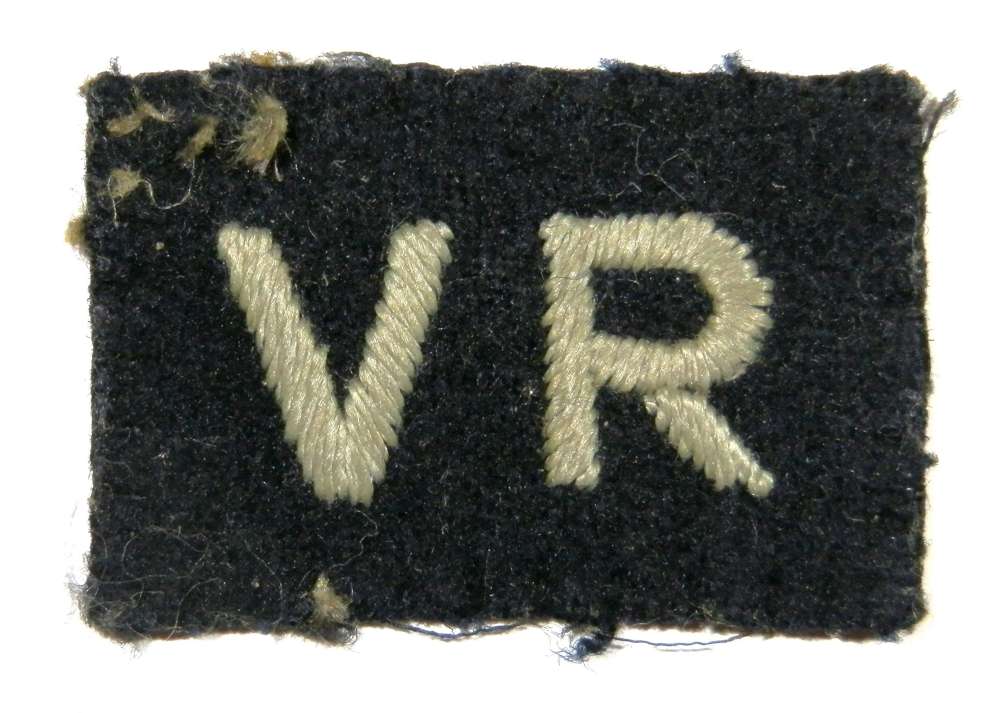