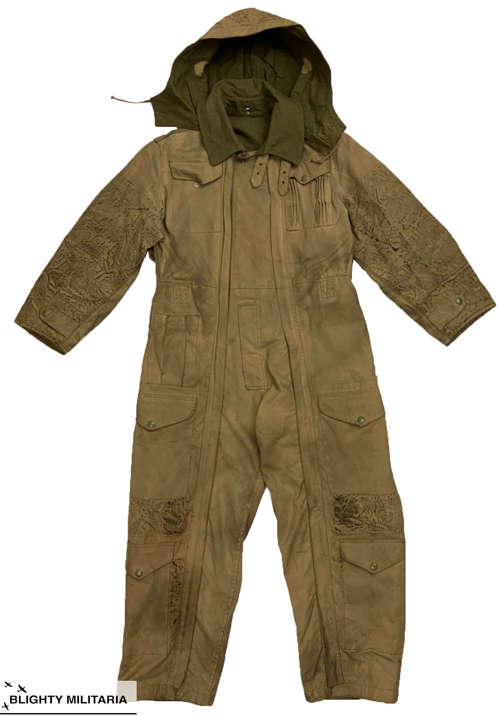 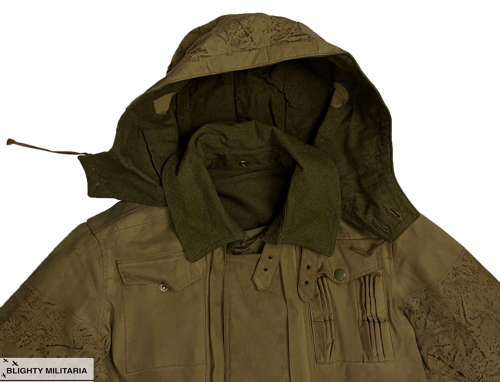 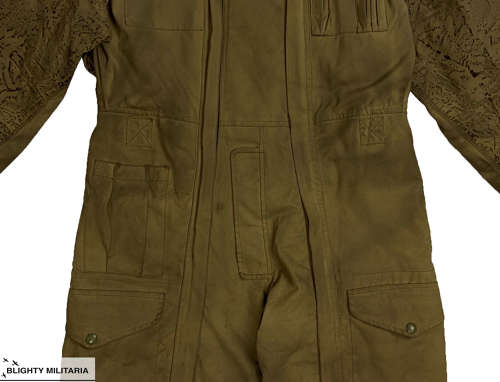 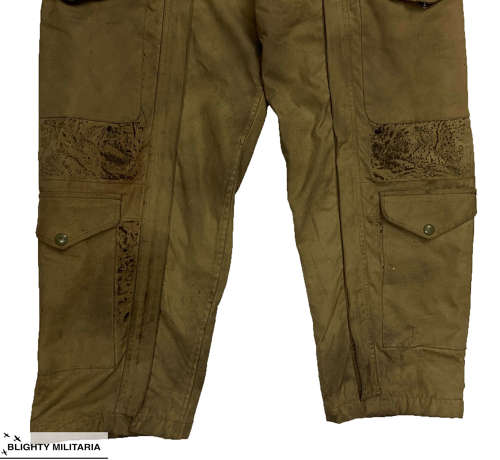 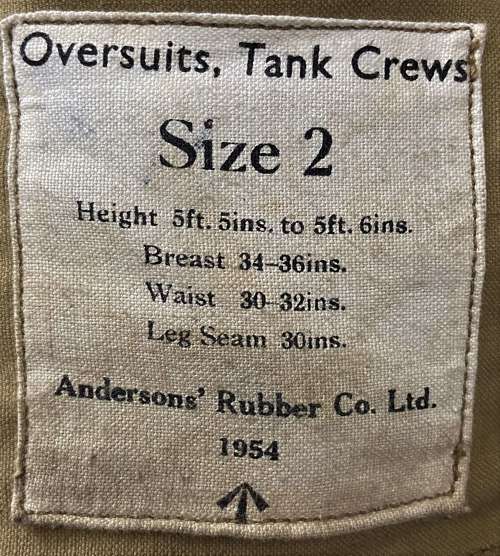 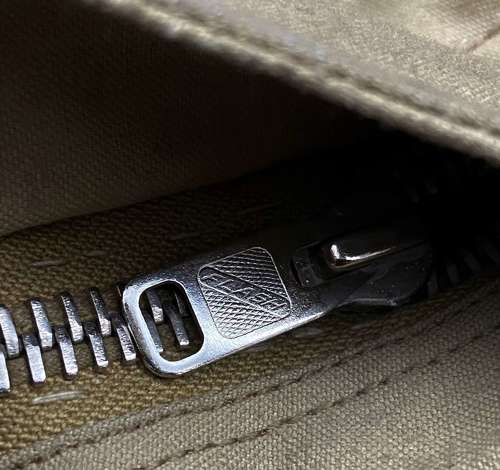 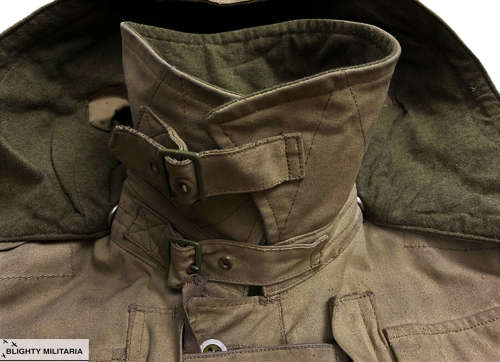 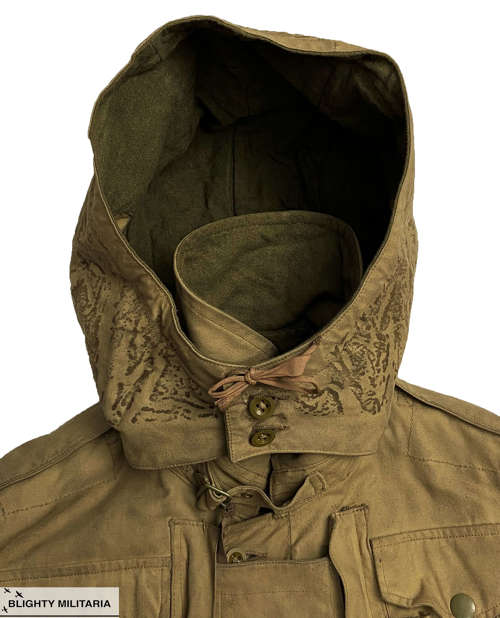 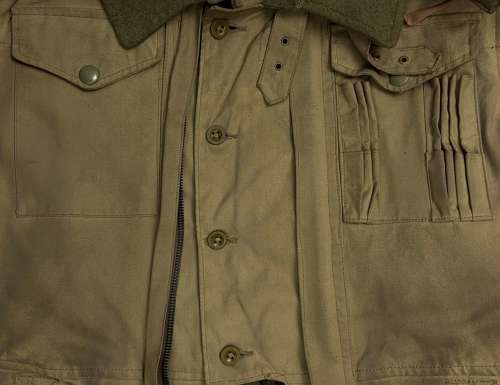 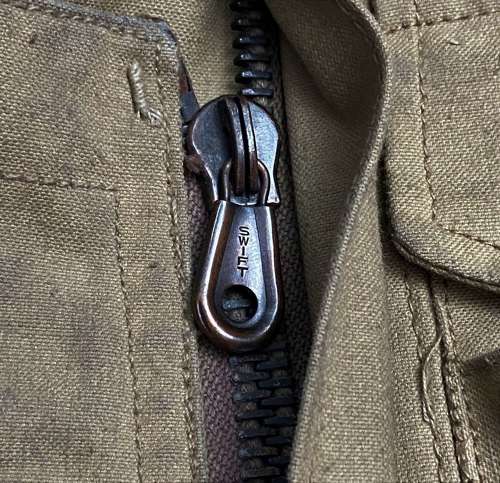 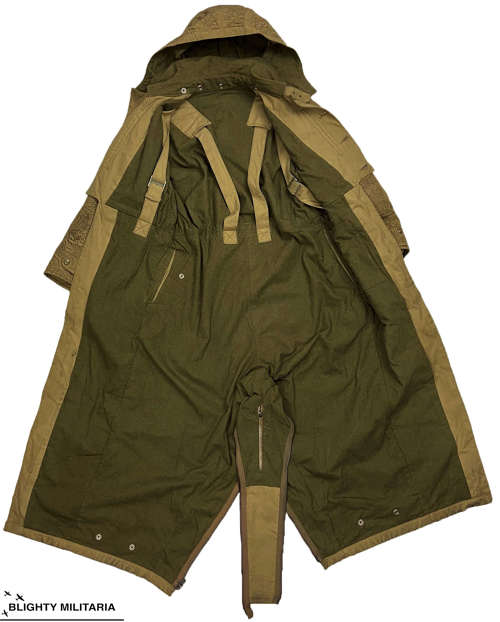 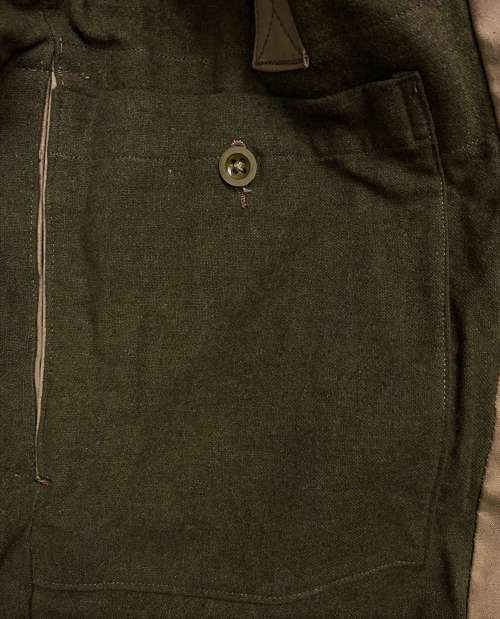 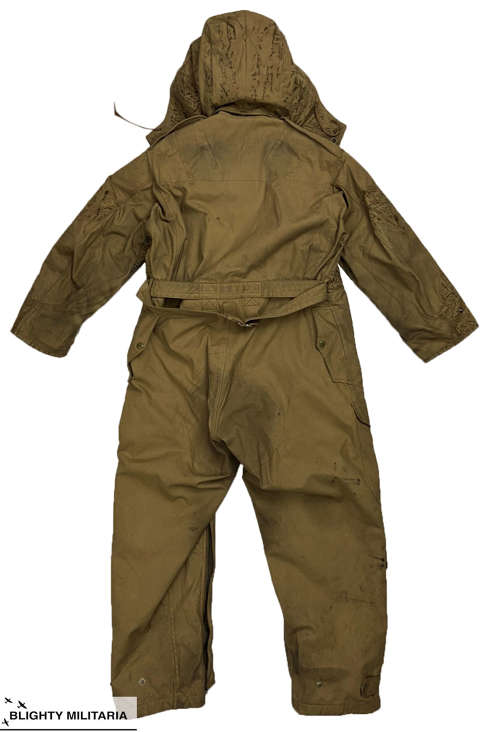 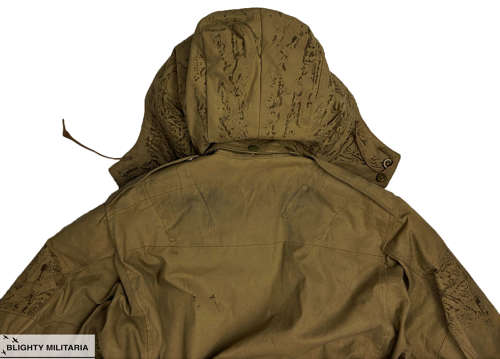 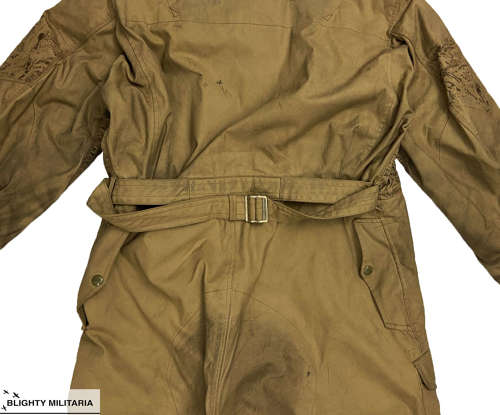 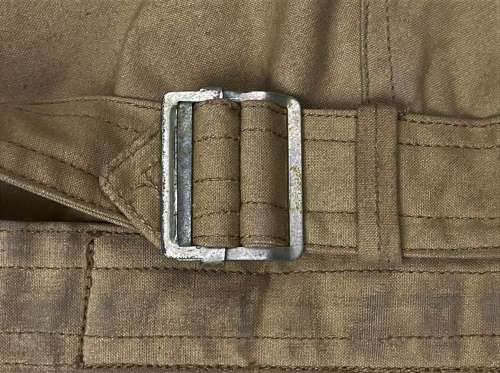 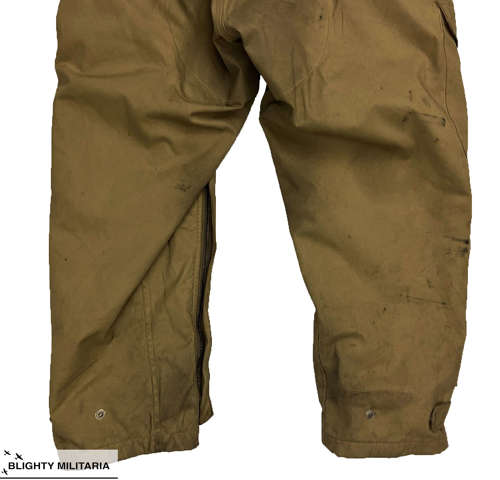 This pattern of tank suit was worn by various armoured units in the later part of the Second World War and during the post-War period. They were issued to British Troops in the winter of 1944-45 to a variety of armoured units and feature heavily in photographs of the period. They were often referred to as 'Zoot Suits' at the time and in the post-war years as the 'Pixie Suit'. They also saw issue post-war and manufacture carried on at intervals; with this suit being an example. The pattern did not change after the Second World War and this later example is almost identical to wartime manufacture.

The suit is typical of tank suits and features the original manufacturer's label in the right hand sleeve. It states the size as ‘Size 2’ which will fit up to a 36” chest and a 32” waist. The label features the manufacturer's name 'Andersons' Rubber Co. Ltd', the 1954 date and the War Department broad arrow marking.

The suit features ‘Swift’ brand zippers to the front and a ‘Flash’ branded zipper to close the fly, all of which appear to function well. The waist belt fastens with a steel buckle of the same design used on wartime battledress jackets.

The suit is in good condition with various signs of wear and use. It displays well, is still very wearable and has a nice, worn in look to it. All the zips function well as do the pop studs which all retain their green painted finish. There are marks from storage which is caused by the Kapok layer inside the suit which is reflected in the price. Please take time to study them before purchasing.

All in all a nice original suit in good condition which would make a good addition to a collection or could suit a reenactor.