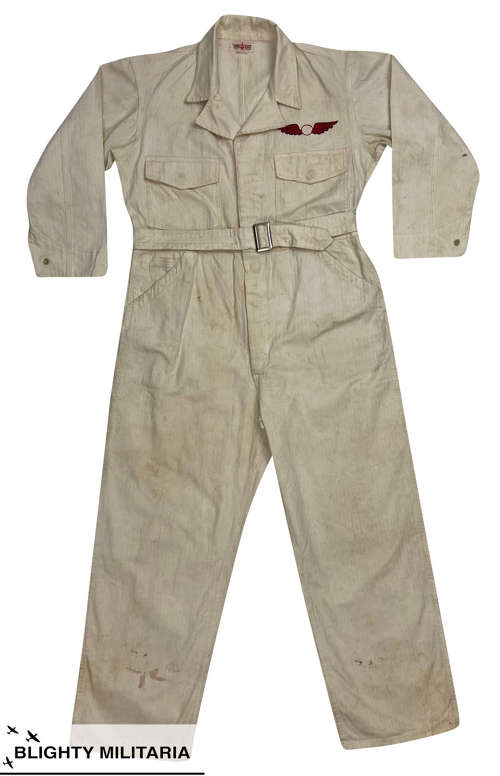 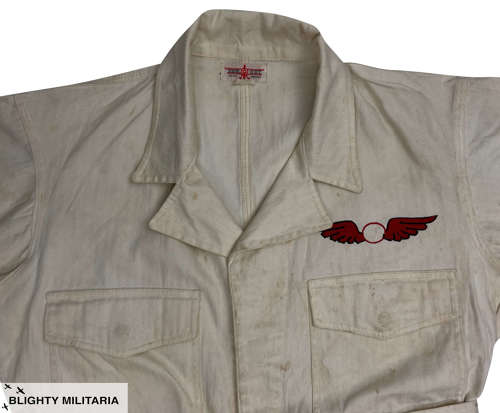 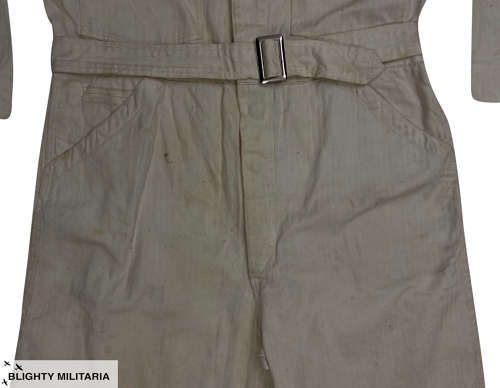 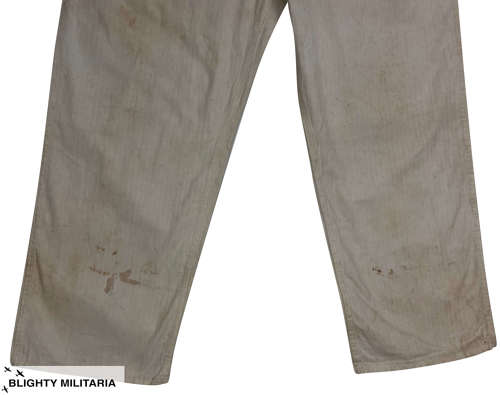 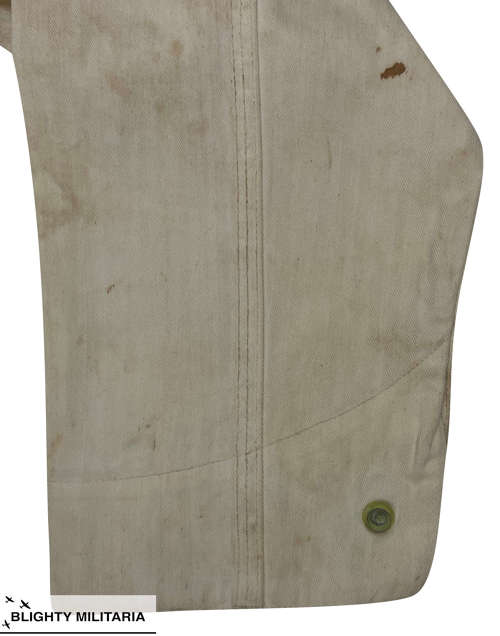 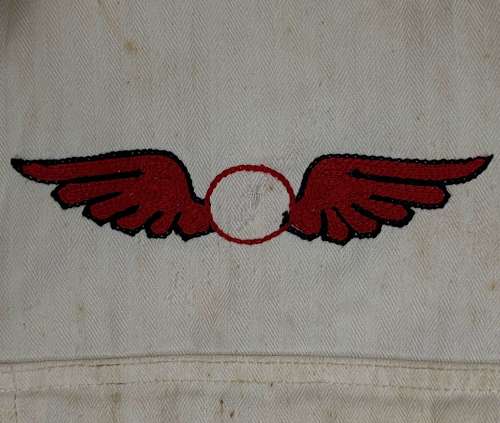 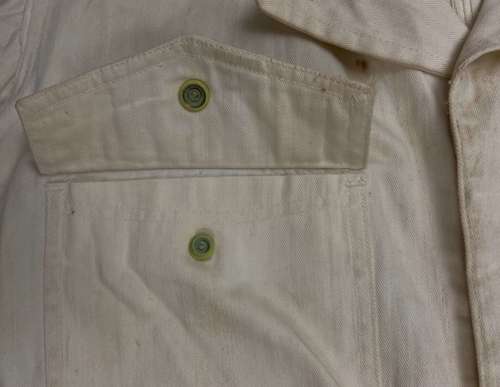 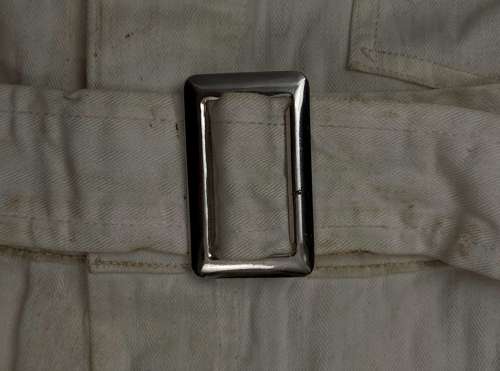 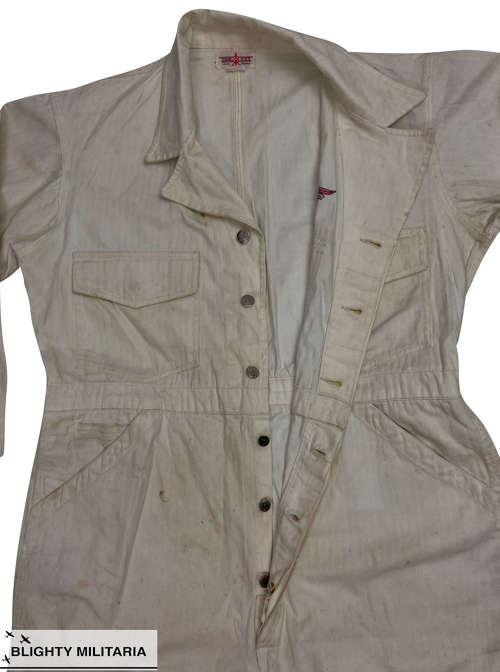 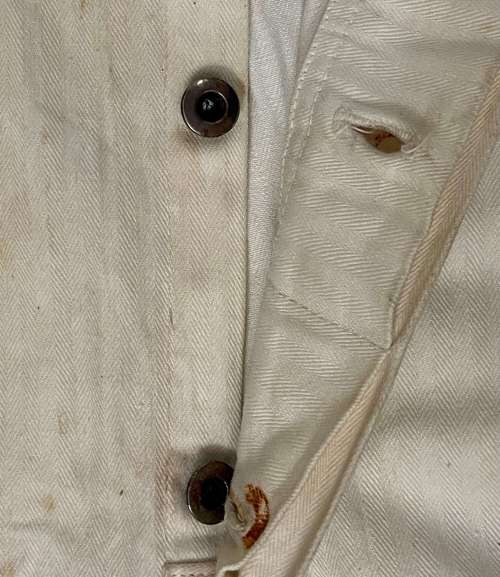 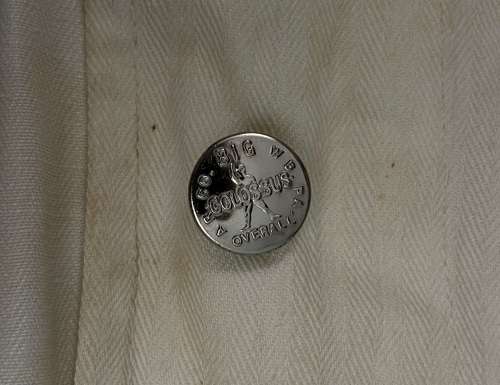 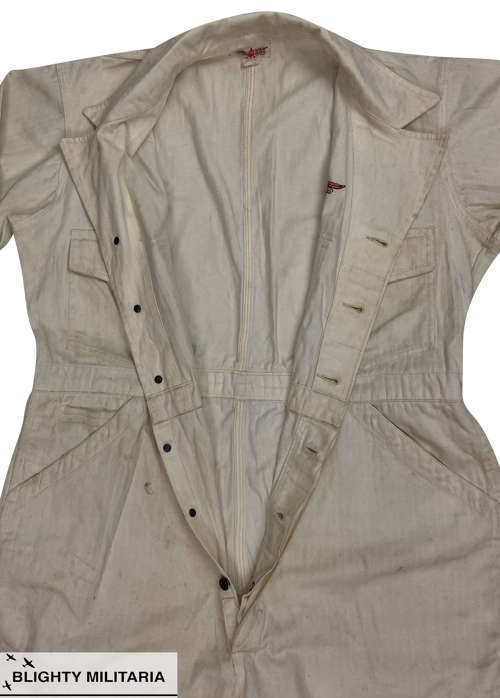 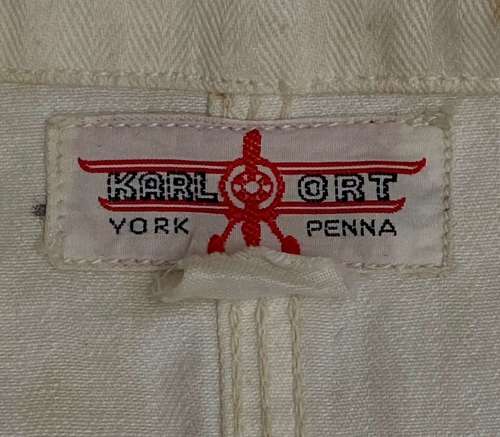 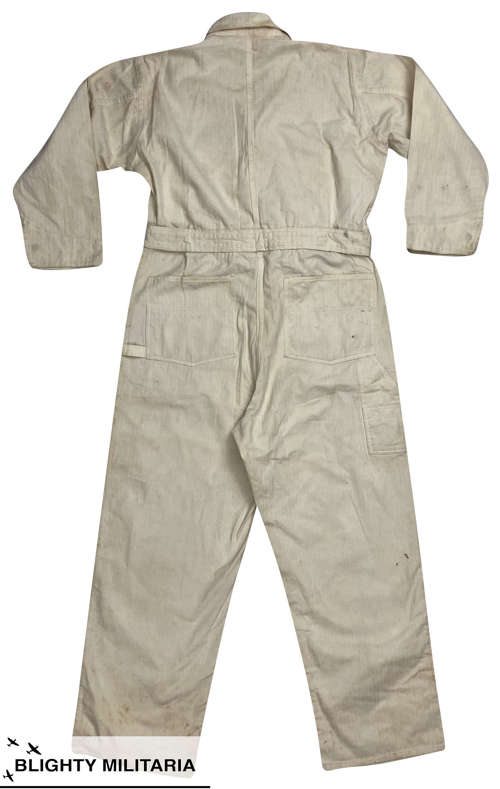 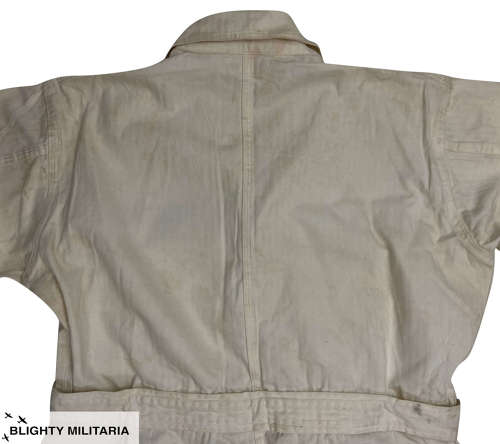 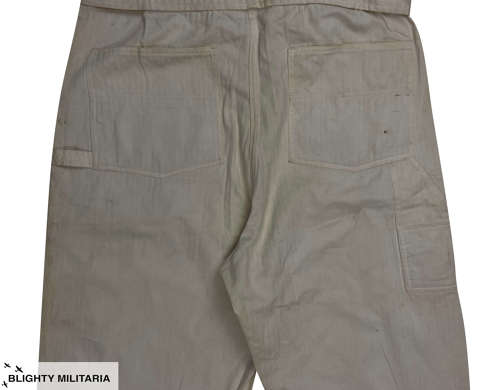 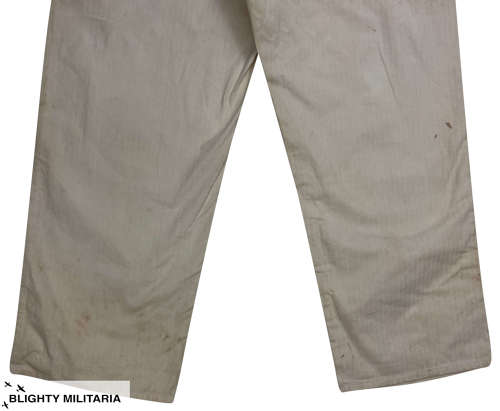 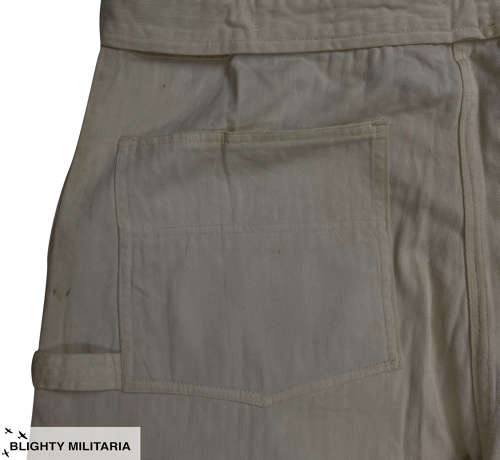 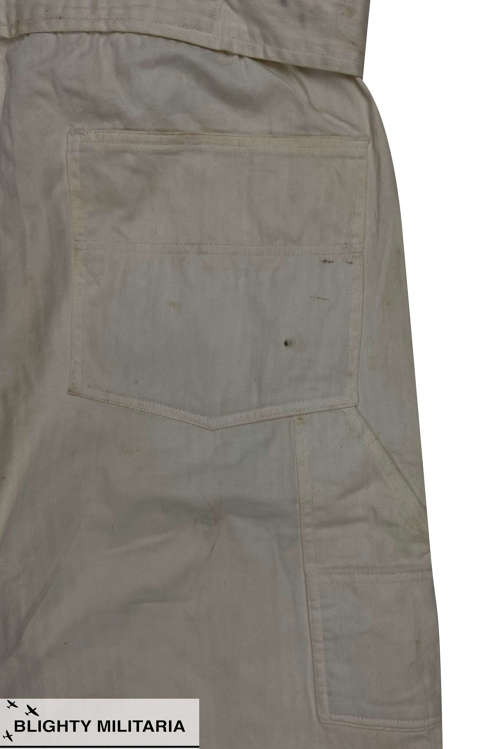 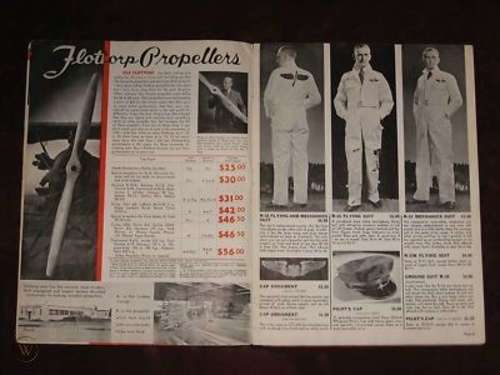 An original pair of early 1930s herringbone twill overalls made by 'Karl Ort'.

Karl Ort  of York, Pennsylvania was a prolific mail order business for flying clothing, selling through catalogues. The company was set up in 1930 and supplied a variety of clothing and equipment throughout the rest of the decade and well into the 1940s. They are a close match to a pair seen in the 1937 catalogue, so most likely date from the late 1930s.

The coveralls are made from a white coloured herringbone twill material and feature a fly front which fastens with metal buttons which are typical of those used for American workwear during this period. The buttons which close the chest are all marked 'Big Colossus Overall'. The pockets fasten with press studs and there are more studs fitted at the cuffs. The overalls come complete with their original matching belt which has a stamped metal buckle. Open slash pockets are located to the hips and patch pockets are fitted to the seat along with a spanner pocket to the side of the right leg. The overalls feature the Karl Ort winged 'O' logo to the chest which is embroidered directly to the HBT fabric in red with a black border.

Inside the overalls the original label is still present to the neck and features the classic Karl Ort logo which features a biplane graphic along with the place name of 'York Penn'.

The overalls are in good condition with various signs of wear and age. There is some staining etc but no serious flaws or damage that I can find. Please study the pictures carefully before purchasing and bear in mind that these are a pair of pre-owned, vintage workwear coveralls which may have small issues commensurate with this.

A nice pair of rare, early overalls with some great details.