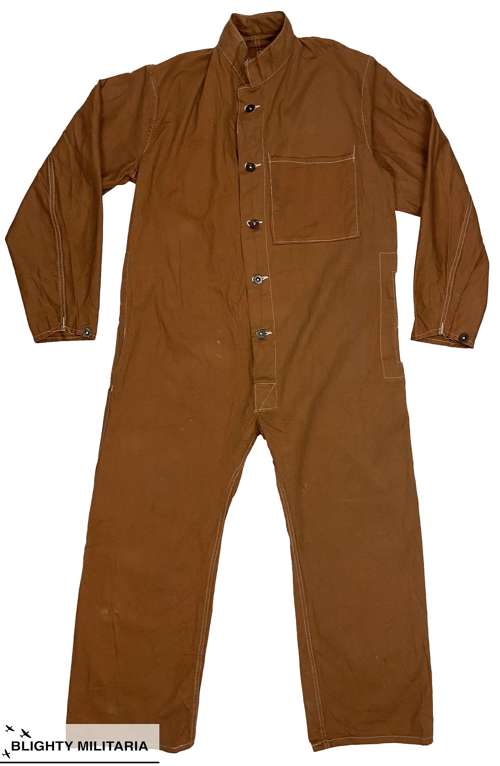 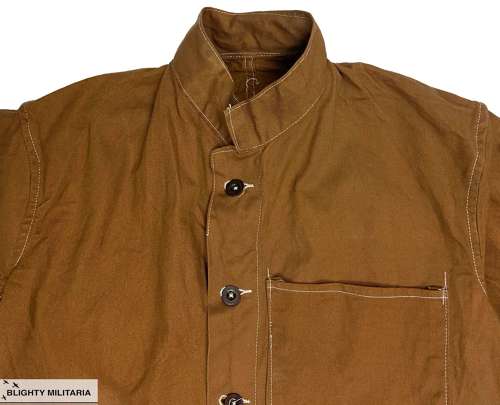 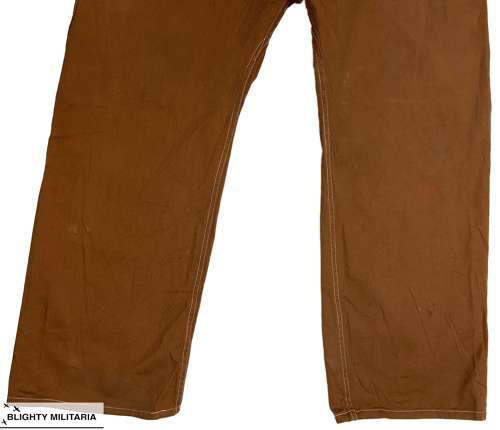 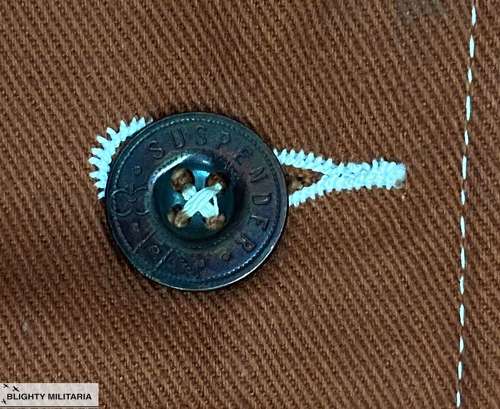 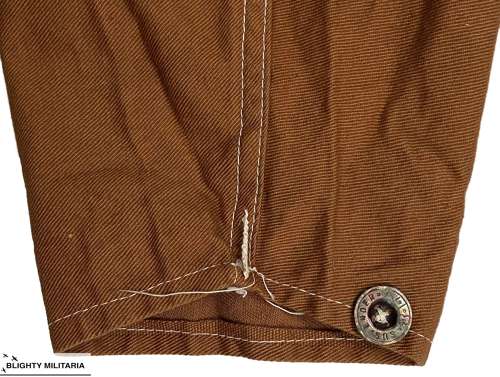 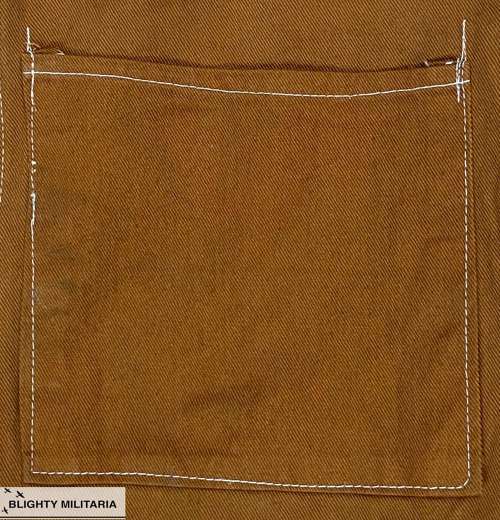 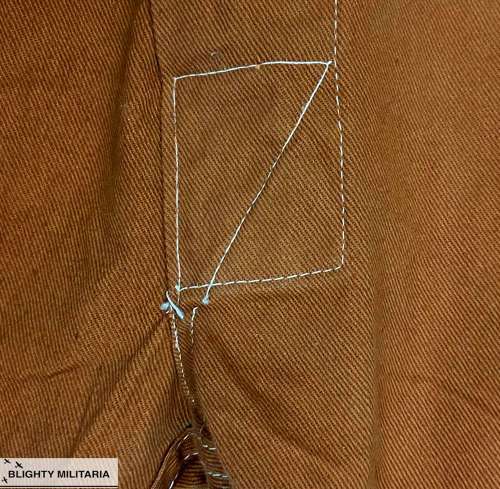 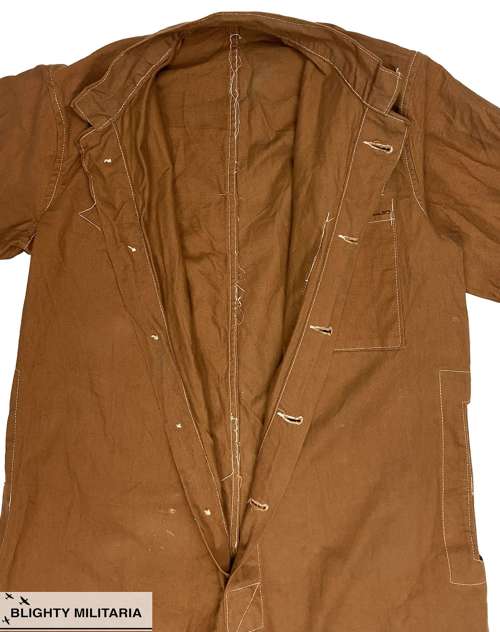 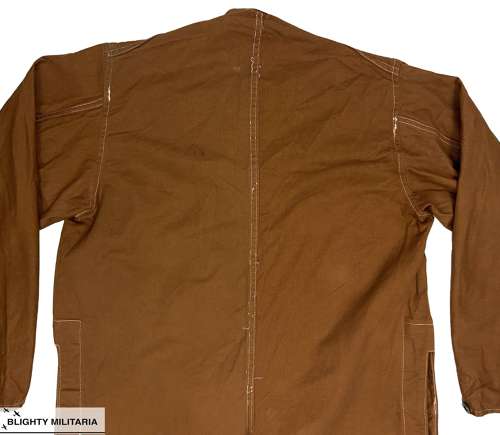 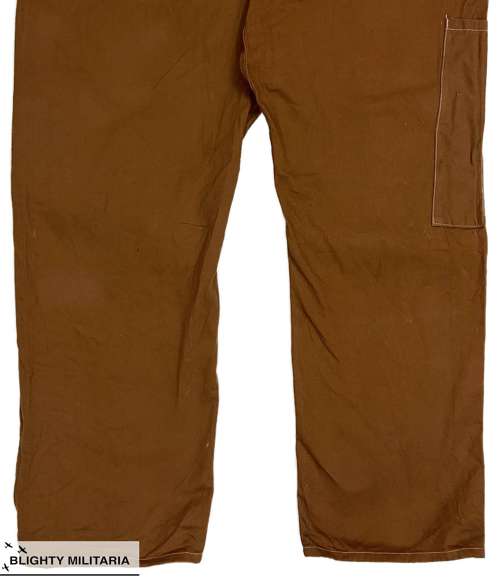 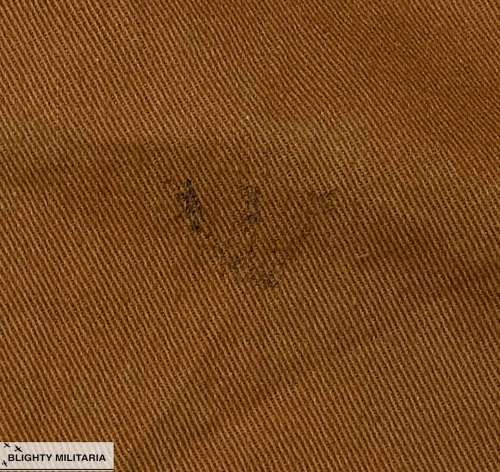 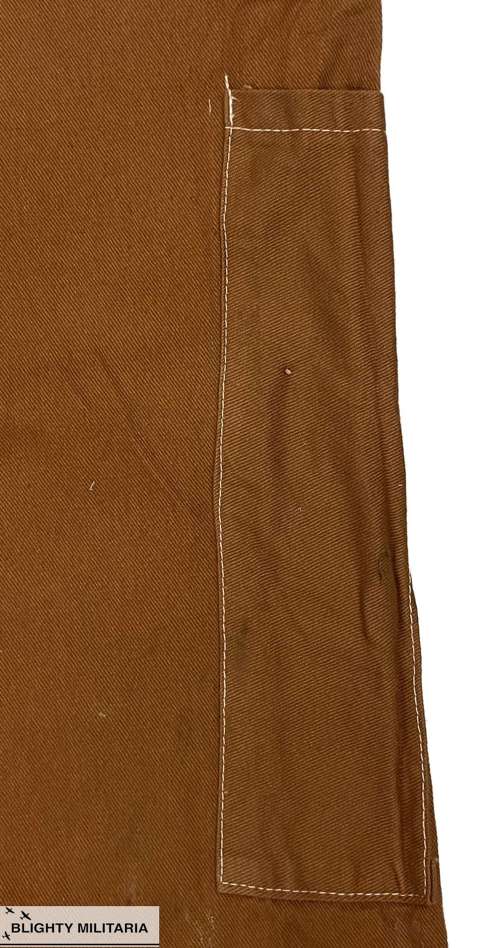 These overalls are made from a bright, orangey coloured cotton drill which is typical of cotton drill items manufactured during the First War. It is possible that they date from the Edwardian period but also may date from the inter-war period. They feature metal buttons throughout which bear the 'Suspender' brand name which is typical of early British workwear. They are of an extremely utilitarian design, featuring a fly front with exposed buttons, a single, There is a crudely applied patch pocket to the chest and there is a spanner pocket to the rear of the right leg which is applied in a similar manner. A mandarin collar is fitted which is typical of early overalls and the cuffs feature a simple button a stitched loop to allow them to be fastened around the wearer's wrist. There are no clear labels or markings, save for a War Department broad arrow in black ink which denotes these overalls as being of military issue.

It is important to remember when studying the measurements of overalls that the inside leg always appears short. This is due to the dropped crotch.

A rare pair of early British workwear overalls with some fantastic details.