A fair example of the G type oxygen mask as used by RAF and Commonwealth aircrews from 1943 onwards to replace the earlier E and E* Type Masks. This example features the texturised nosepiece and is Air Ministry stamped, indicating early manufacture.

The condition is fair, still retaining all stores stamps and copper work to the nosepiece and strap mounts. The rubber is not in perfect condition with some general discolouration and hairline cracks in some places. The worst of the cracking can be seen just below the left of the nose clip in the fourth image. The straps have lost some of their elasticity but are complete.

The microphone, wiring and connectors are in fair condition, having some wear to the metal and some verdigris to the metal ventilation grill. The chamois lining is in generally good condition.

The mask is a medium sized example, and is marked as such.

A fair example of the G Type mask and a good addition to an RAF aircrew collection. 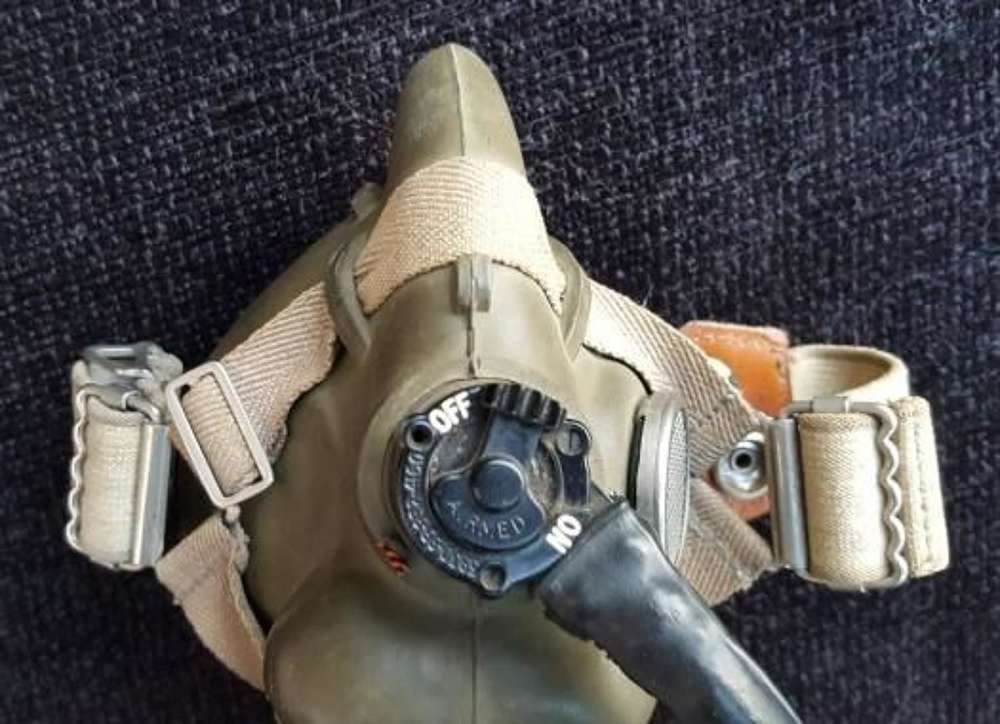