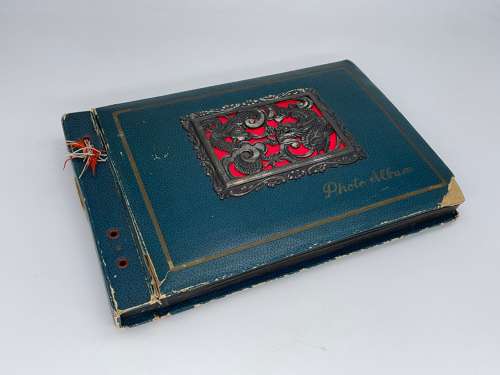 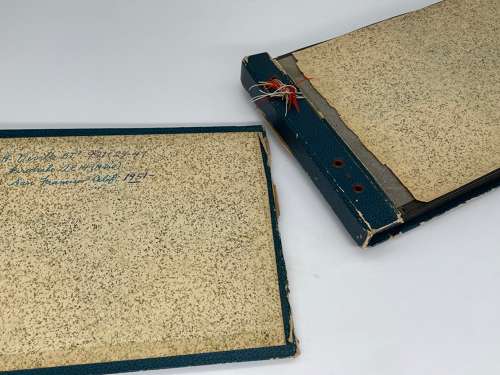 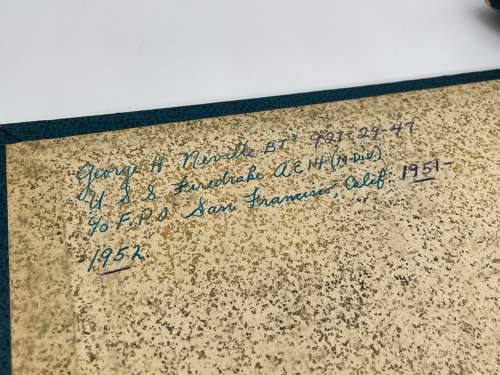 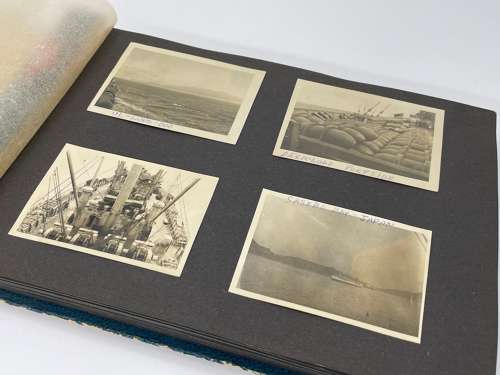 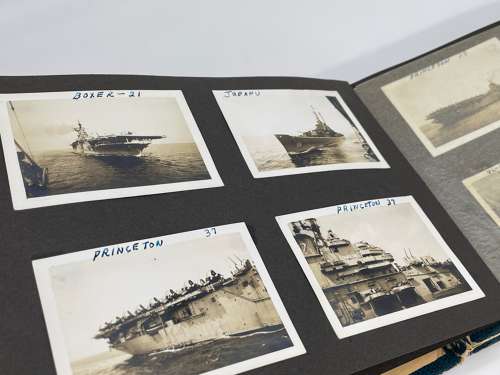 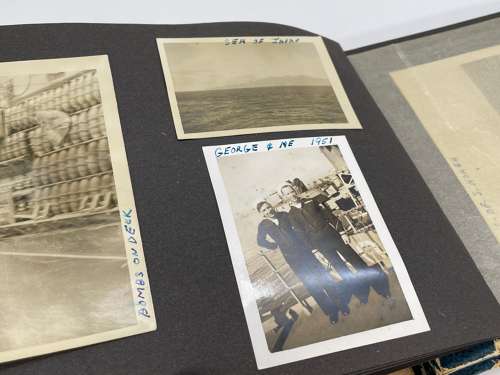 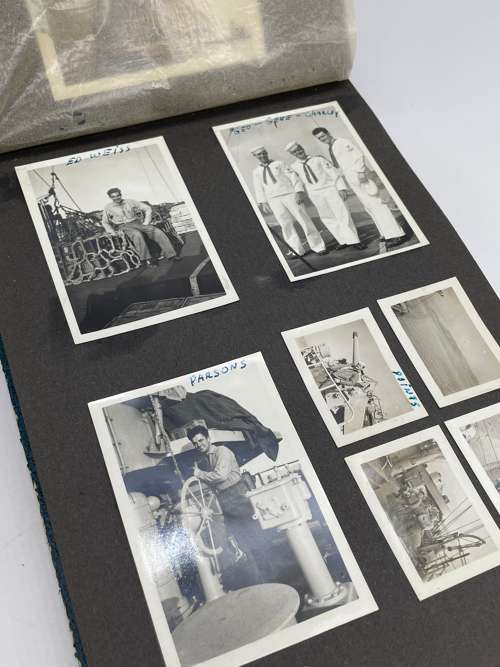 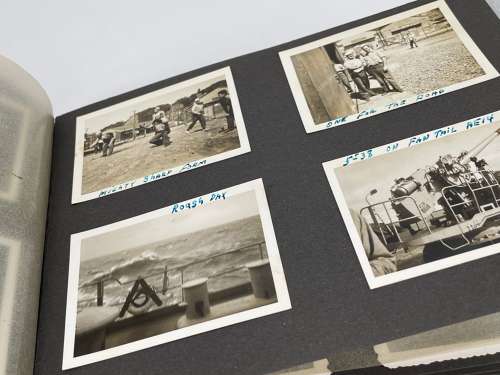 A lovely and complete photo album collection, belonging to George H Nevill BT3 (921-29-47). He served aboard USS Firedrake (AE14), an ammunition ship that saw service in World War Two, Korean and Vietnam. During Korea she undertook two tours, resupplying Navy seas in the Sea of Japan, off the Korean coast and the Yellow Sea.

The photos are in good condition generally, but the front cover has sadly come away.

In total comprises some 118 photographs, most of which are indentified.  They include shots taken at sea, showing bombs stacked on the aircraft deck, and a number of other ships they have obviously resupplied. There are a number of personal shots showing George Nevill onboard Firedrake as well as street scene shots taken in Sasebo, Japan in 1952. There are a number of 1951 dated shots, showing their transit through the Panama Canal, most likely on her initial transit from the recommissioning base in Texas to their permanent home in San Francisco.