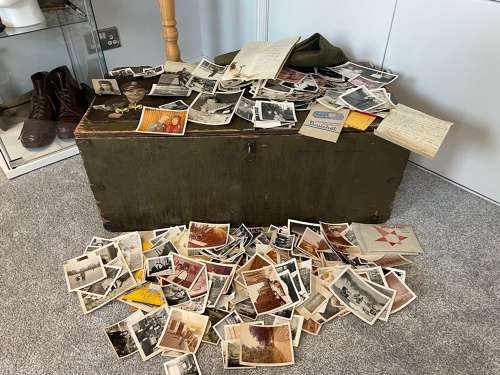 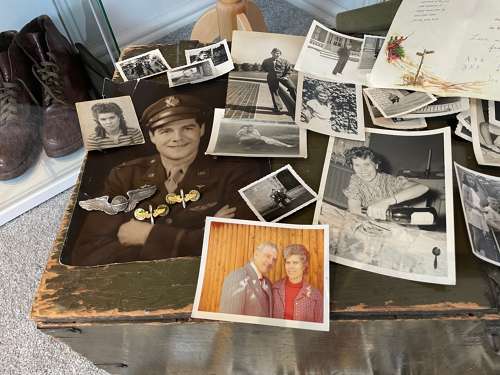 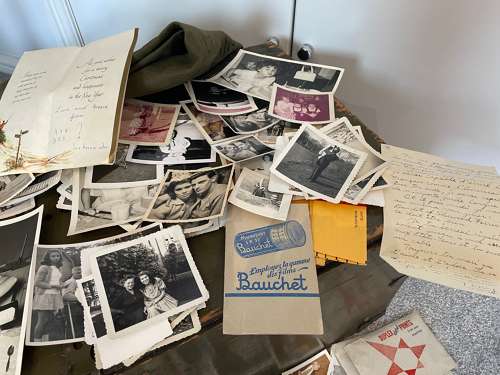 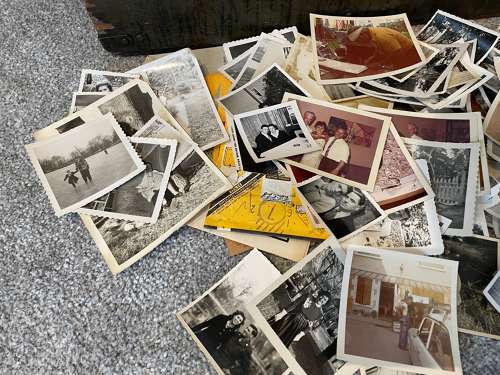 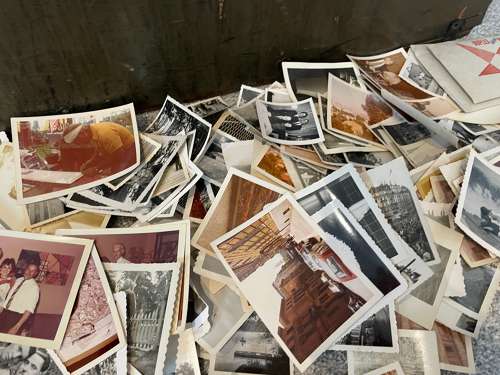 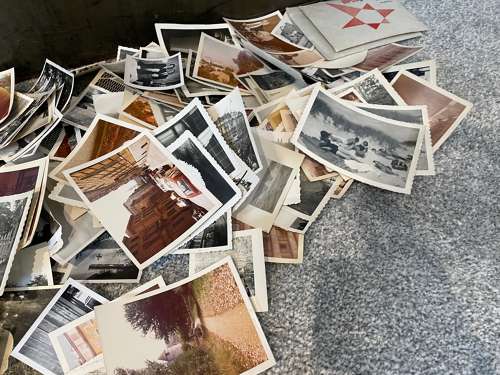 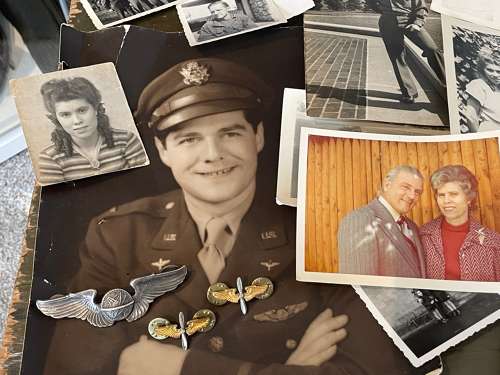 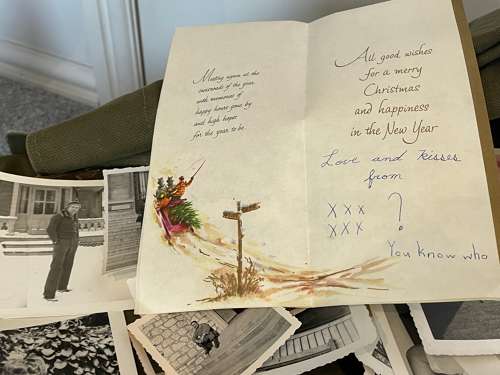 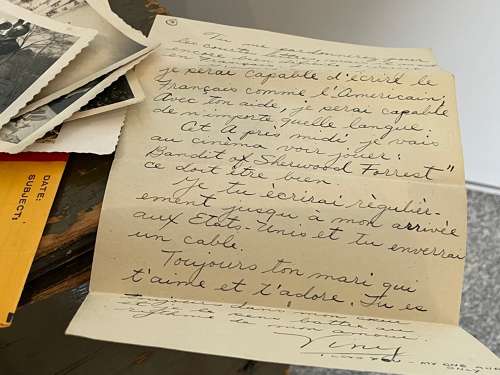 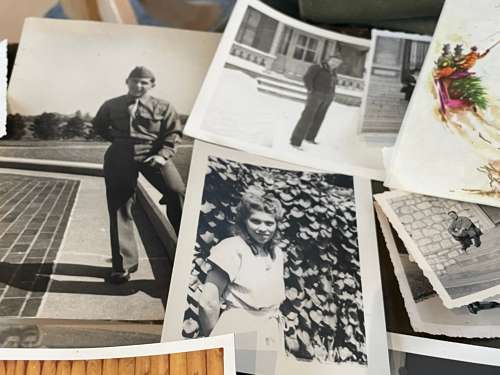 A huge grouping obtained from an estate sale in the United States.  Collected here is a lifetimes worth of photographs of a World War Two Veteran, one Vincent Ceruzzi, born 1922 in New York State and died in 2005.

I am not aware which Air Force he served with, but there are photographs of him in uniform with Navigators wings.  The wings themselves are included, being clutch back and Sterling marked. His two winged prop collar dogs are also present.

It can be said for certain that he served in France.  The photographs seem to begin during the war and there are many, many photographs of a young woman, whose name was Simone.  It seems he went back to the USA leaving her in France.  There is a love letter he has written in basic French to her.

Whilst there are no wedding photographs it seems clear that he married Simone Florency who came over to the USA.  They had children and there are numerous photographs of them growing up.  Also within the group are 1970s(?) colour photographs of a holiday to Italy, including some of the Trevi Fountain.

The latest photograph I can find is a wonderful photograph of the couple in their older age, possibly the 1980s. Sadly Simone died in 1991, 14 years before Vincent - although he did remarry.

A fantastic grouping comprising this family's entire life, and quite heartwarming.

There are no fewer than 300 photographs.

(For the avoidance of doubt, the footlocker and background items are not included).

Photo of JU88 with Squadron insignia