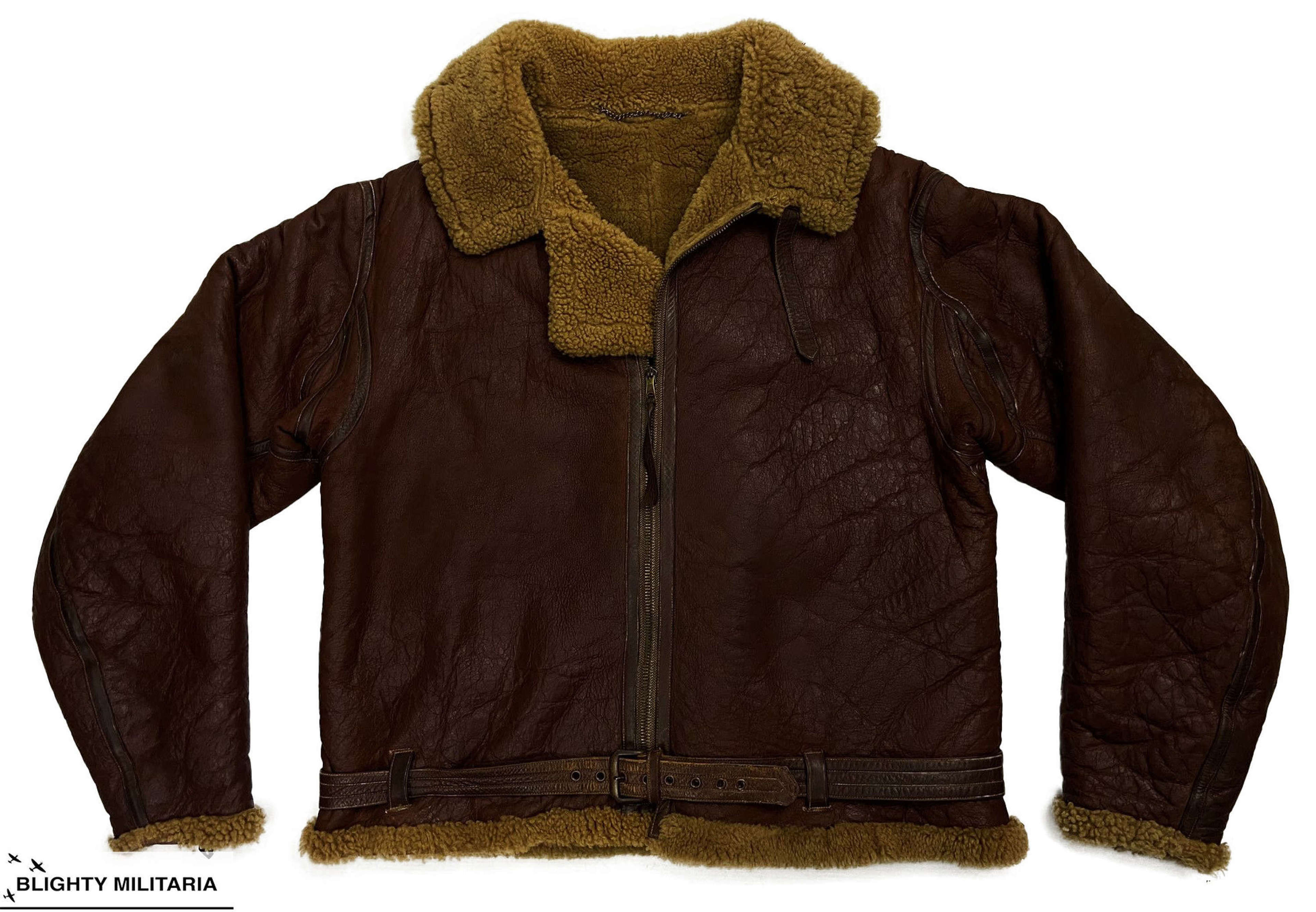 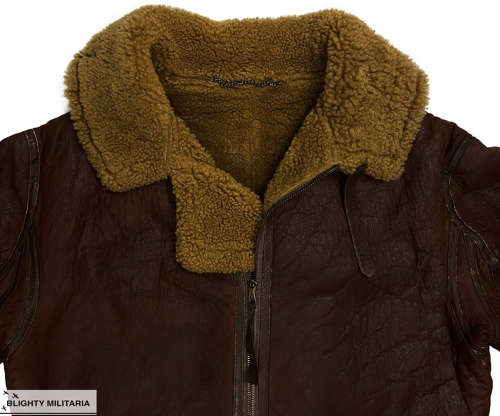 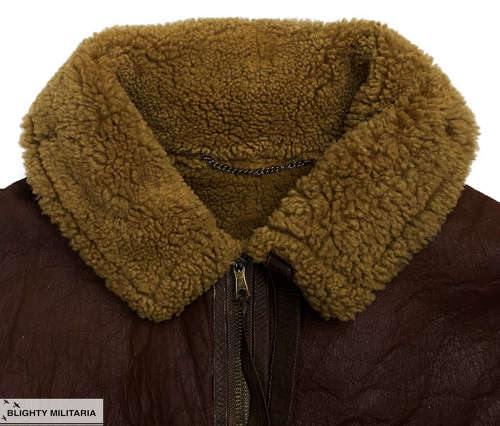 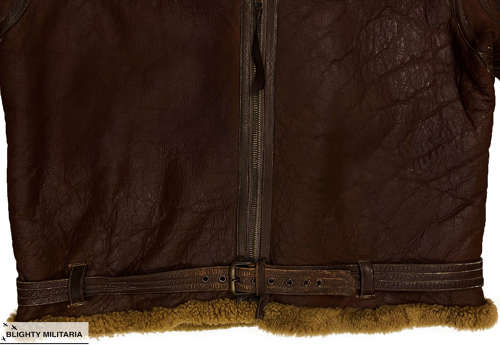 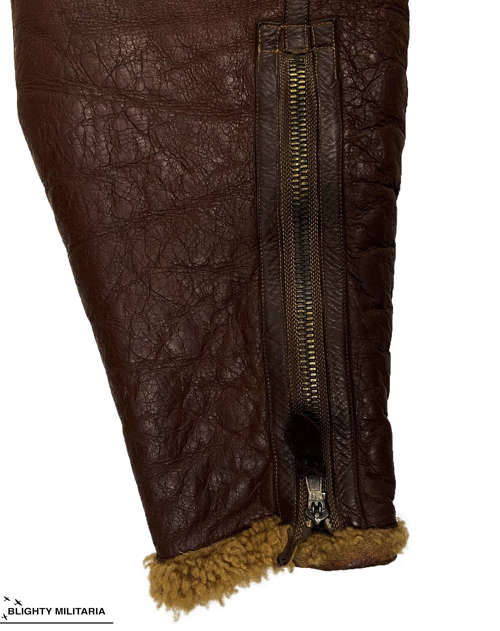 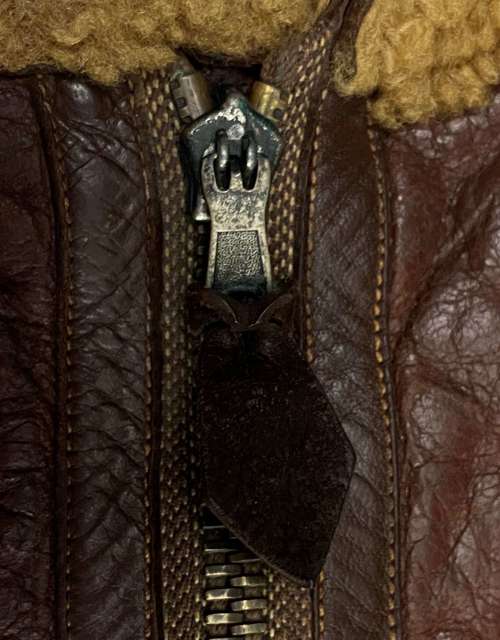 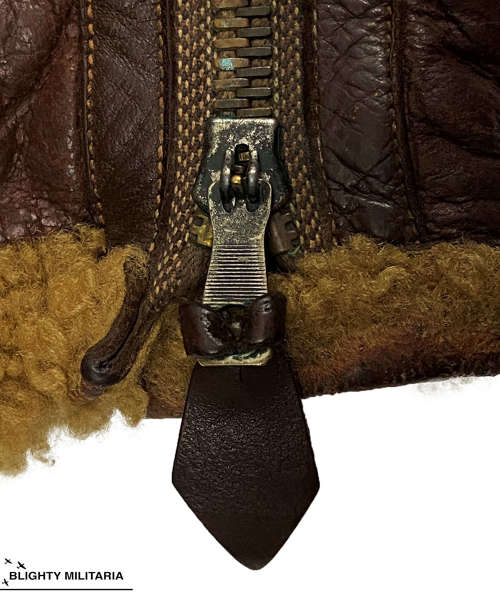 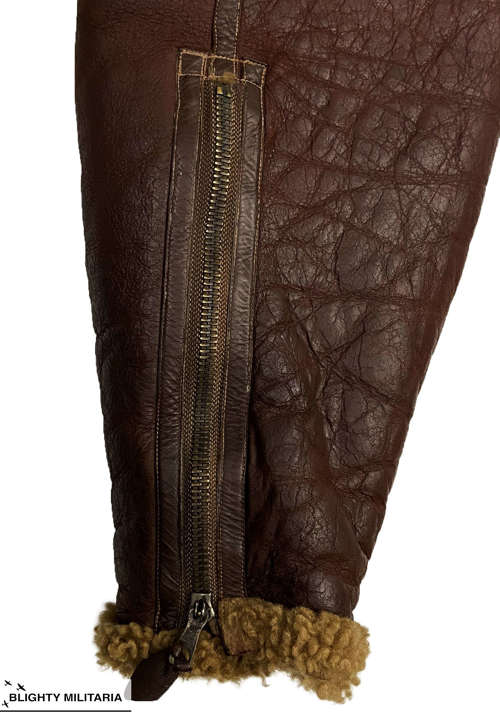 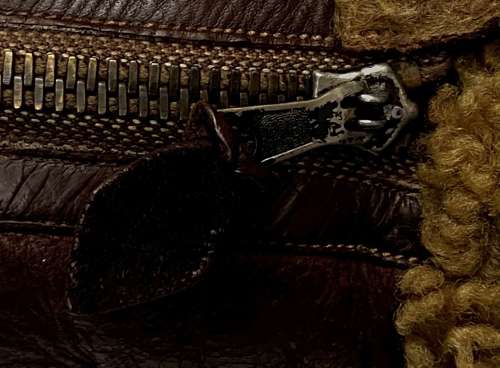 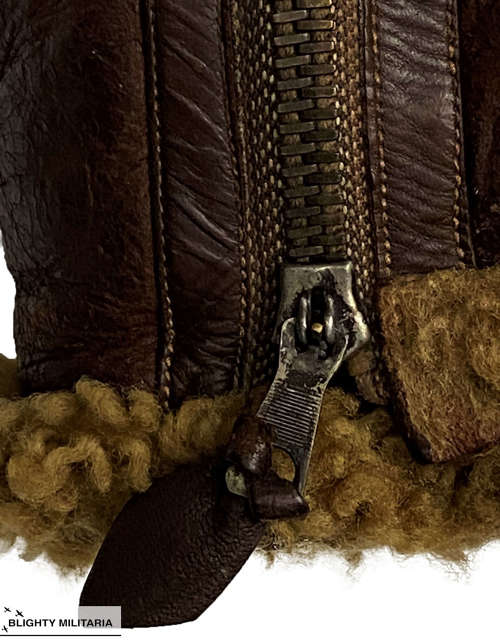 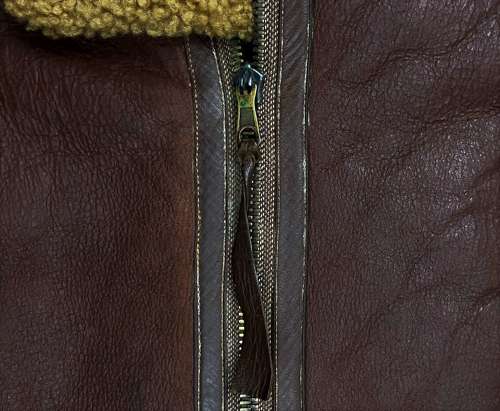 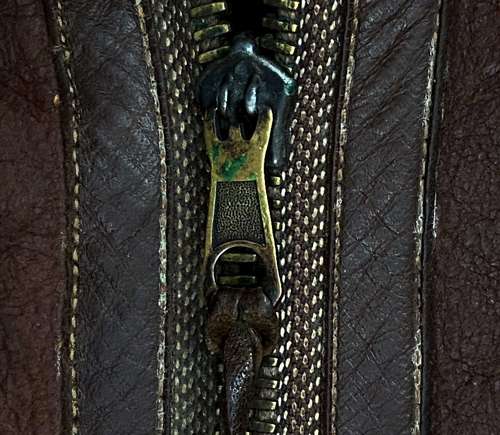 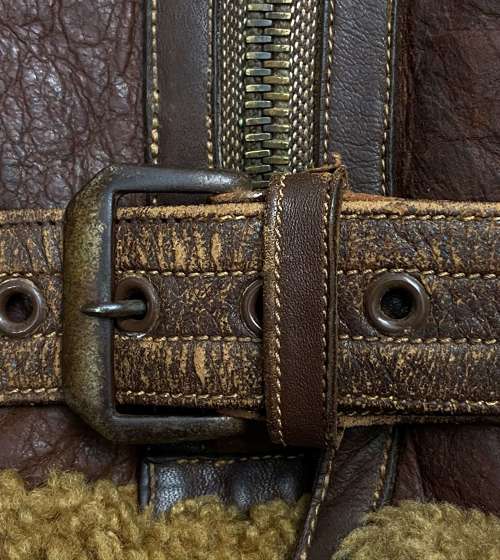 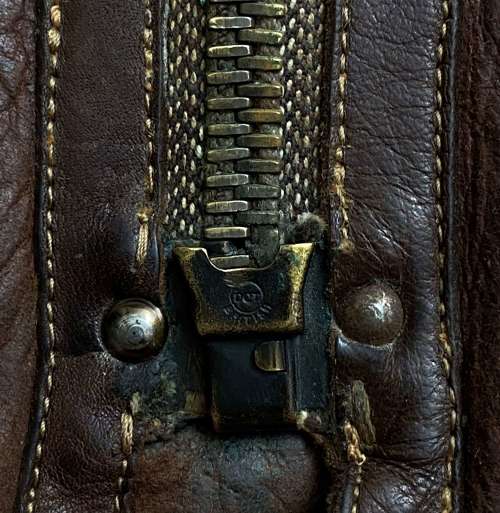 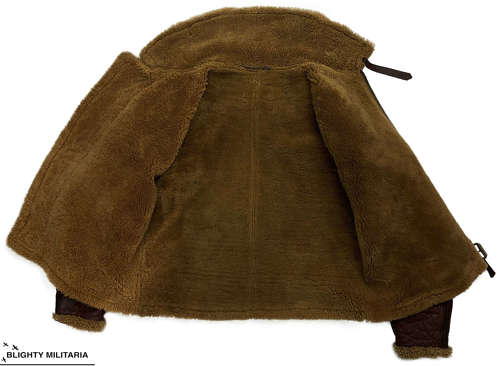 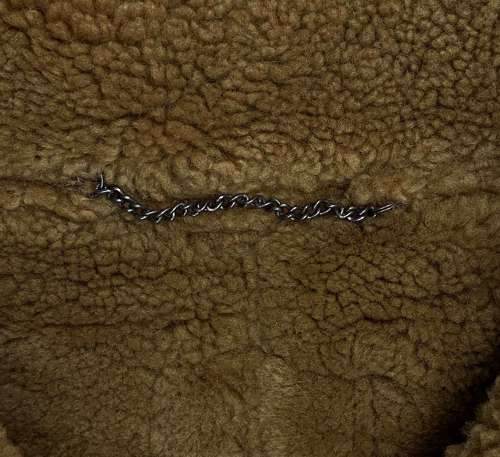 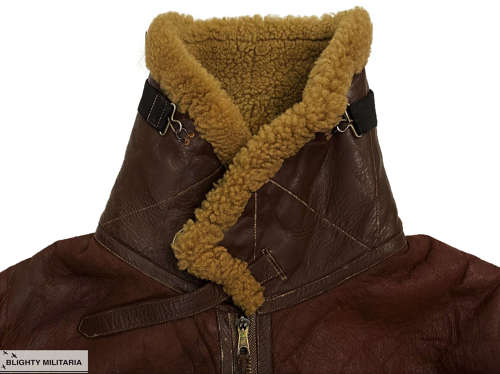 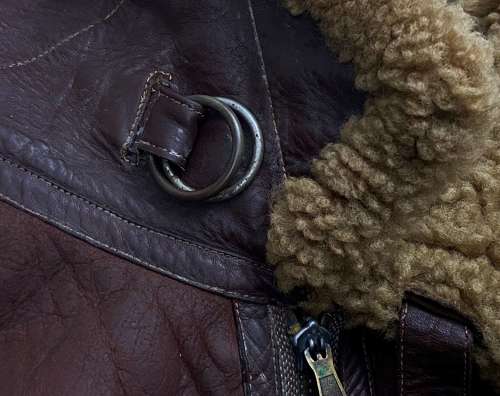 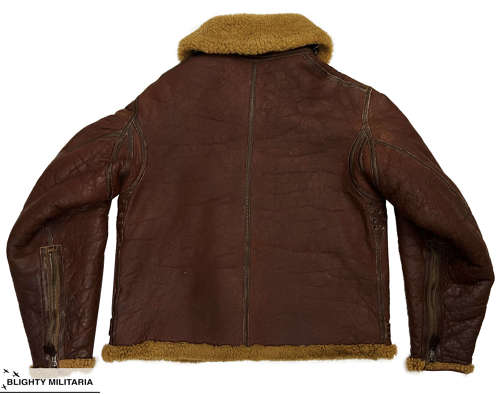 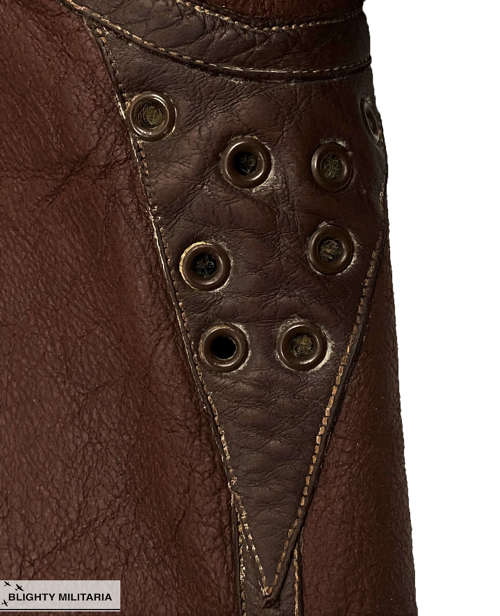 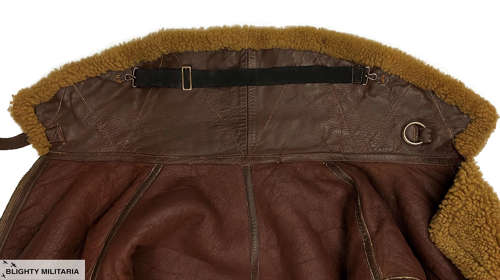 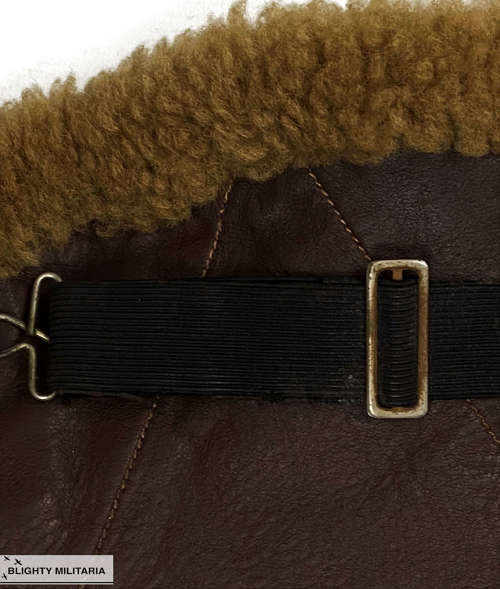 A stunning example of a pre-war RAF sheepskin flying jacket made by 'Wareings'.

In 1935 Wareings were awarded contract 22534/35/C.I by the RAF for making sheepskin flying jackets. It was the only contract awarded to them before the war and lasted from 1935 until 1935. This example features the scarce un-marked D.O.T pattern which was only used pre-war and means the jacket was made as part of this contract.

The jacket is typical those worn during the early stages of the Second World by both Fighter and Bomber Command. The rear of the jacket features a single seam which is the most obvious sign of an early war jacket. The collar is noticeably square which is a trait of Wareings made jackets, as are the wider belt loops and the style of metal hanging chain. The collar retains its leather tab and both of the corresponding metal rings are also present to the underside. The black elasticated collar strap can be found to the rear of the collar which is a great original feature as these are often missing on jackets today. The original waist belt is also still present and is in good condition as are all of the eyelets under each arm.

The main zip along with both sleeve zips are original pre-war D.O.T examples with un-marked pullers. All three retain their factory fitted leather pull tabs which is testament to the excellent condition and originality of this jacket. The bucket at the bottom of the main zipper is marked 'DOT British' and all the zips function well.

The jacket is a large size which will fit a 42-44" chest well and possibly larger depending on desired fit. These pre-war jackets were not sized in the same way as later jackets but it would correspond to either a size 6 or size 7. When laid flat the jacket measures -

The jacket is in excellent condition as can be seen in the pictures. It is still a lovely, bright chestnut brown colour as it would have been when new. The lining is also extremely good and all elements of the jacket are intact and functioning. There is a section of stitching which has been restitched along the main zip although this has been extremely well done and is very hard to see. The only real flaw is some wear to sheepskin of the right hand cuff and a small amount of tarnishing to the metal work on the collar strap. The overall condition is truly fantastic and would be very hard to better.

A very rare pre-war jacket which would suit a Battle for France or Battle of Britain collector very well. Not only is it in fantastic condition but it is also a large size. A stunning example! 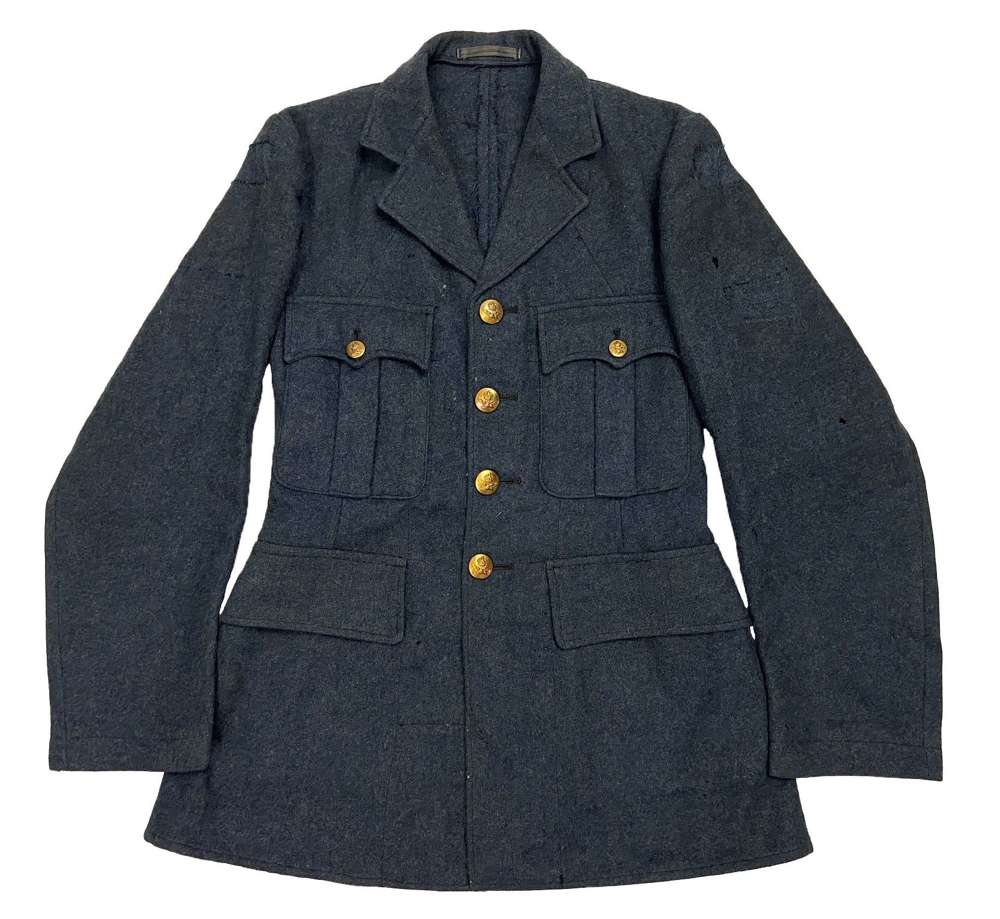 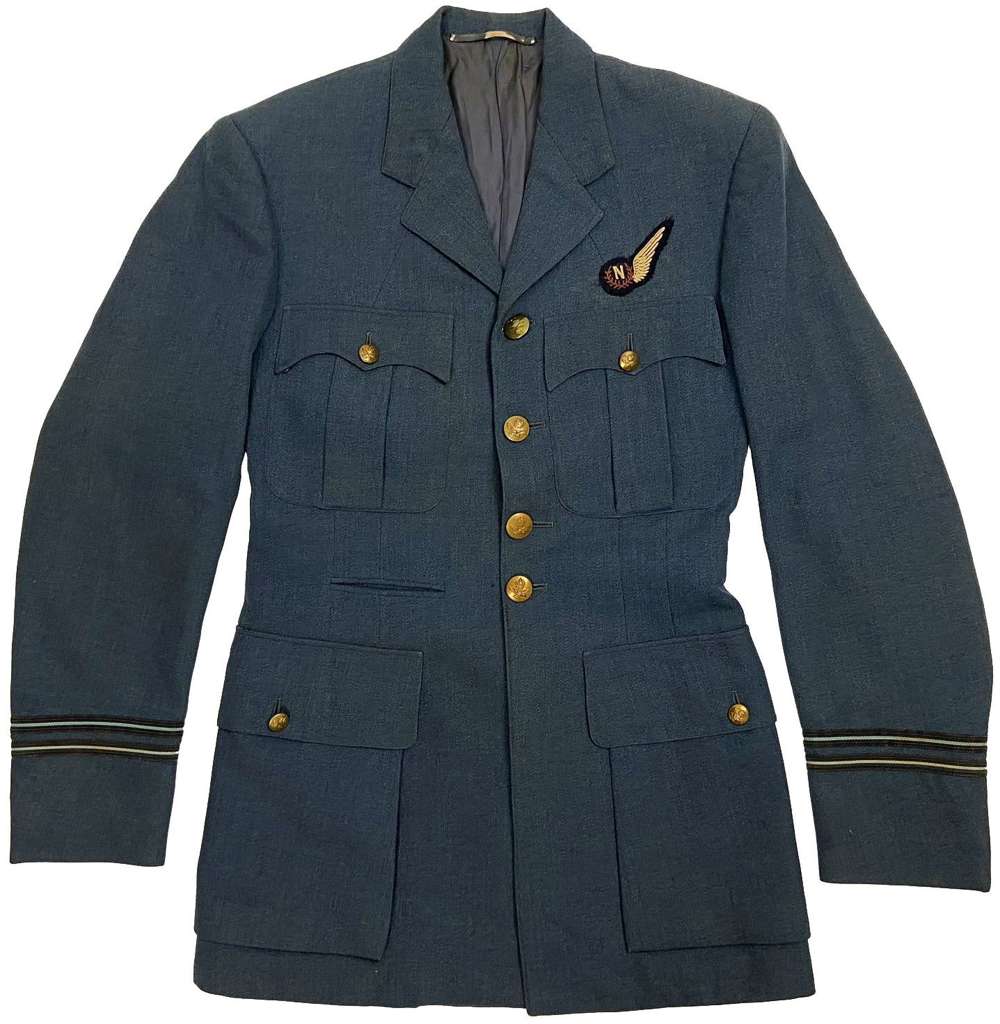 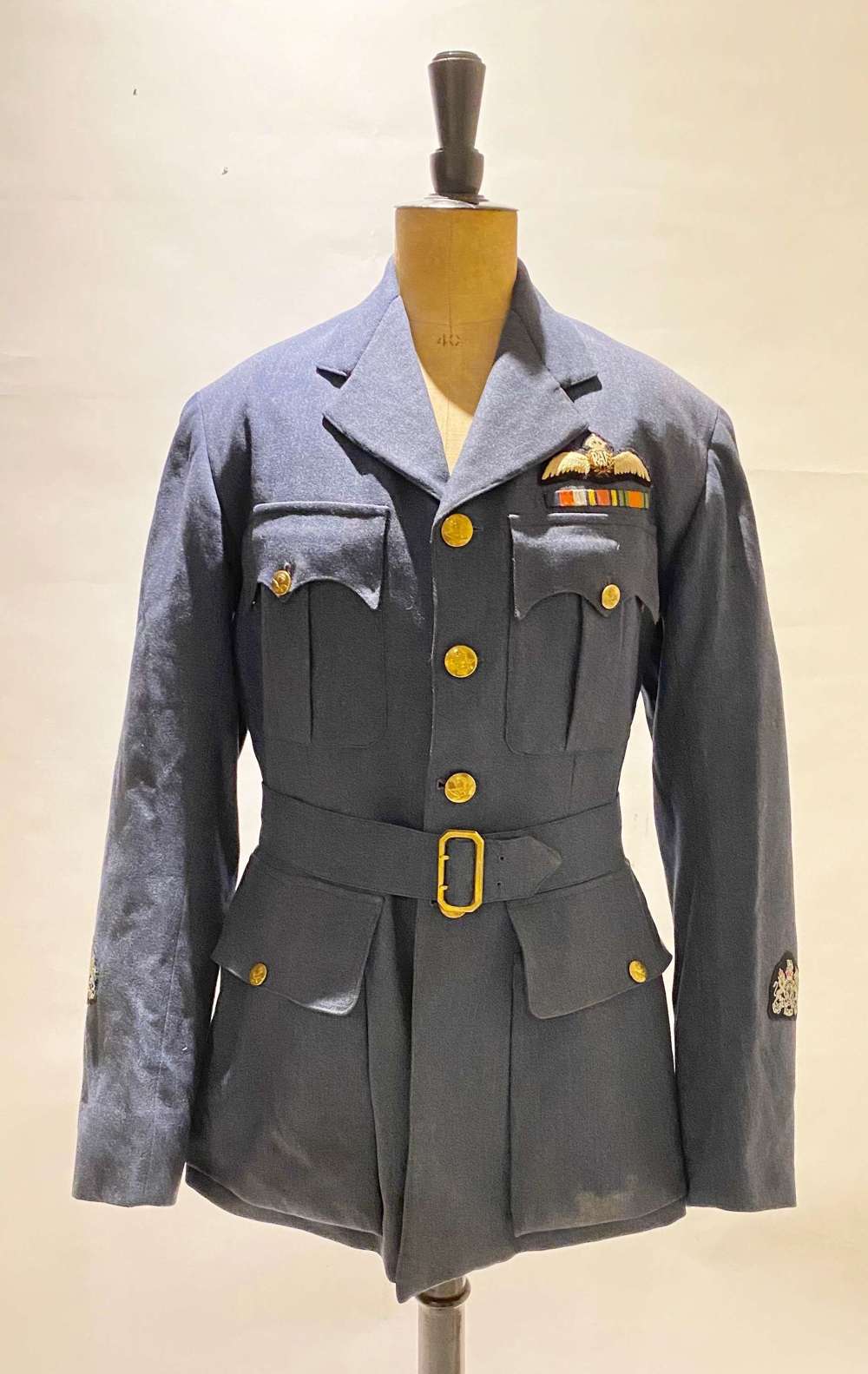