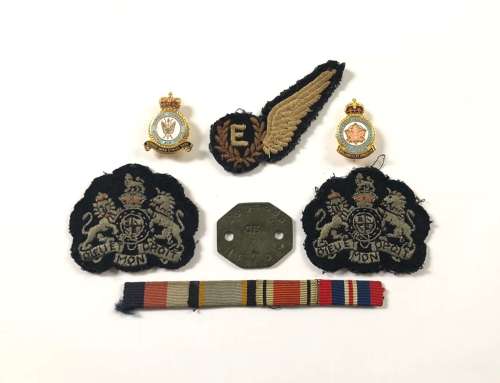 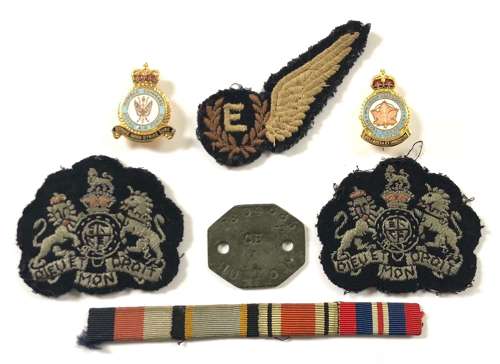 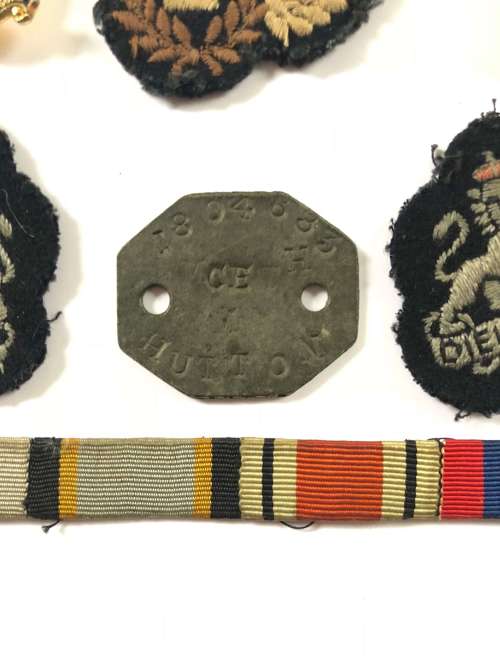 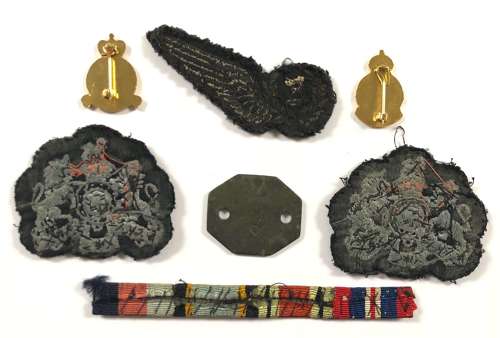 A good selection of insignia attributed to Warrant Officer Maurice Reginald Hutton who was shot down and taken POW.

These items can to me together, along with the single Engineer brevet listed separately.

Warrant Officer Maurice Reginald Hutton number indicates he enlisted at Euston after 1941. On the night of the 19th November 1943 he was serving with 434 Squadron which flew the Halifax bomber he was briefed for a operations, Took off from Tholthorpe and shot down by Flak near Dortmund. He was captured shortly after landing. He was held at Stalag 4B Muhlberg (Elbe) Germany with the POW number 263592

Other items in RAF Wings and Brevets

View all in RAF Wings and Brevets