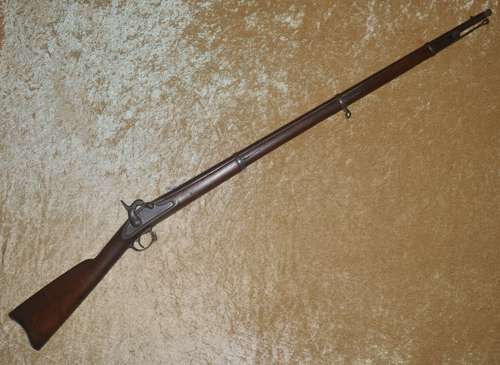 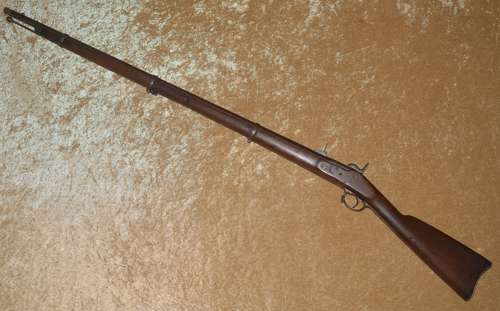 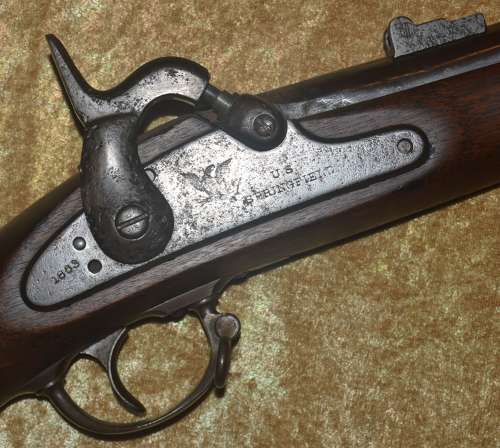 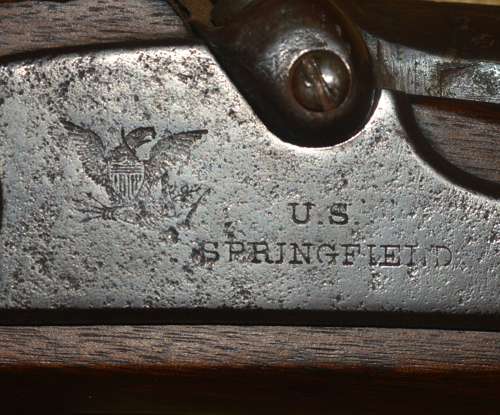 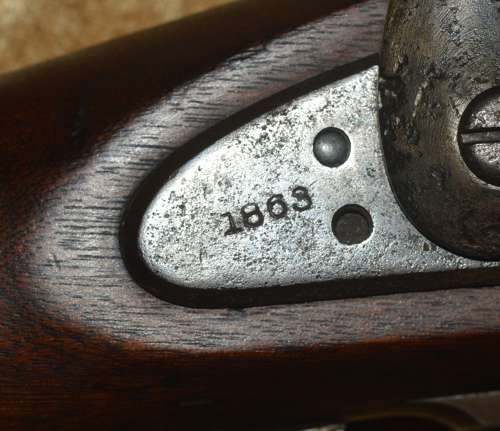 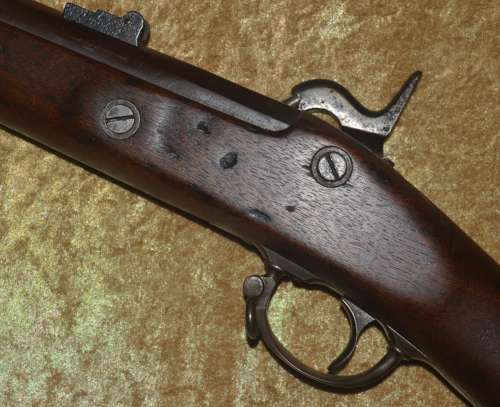 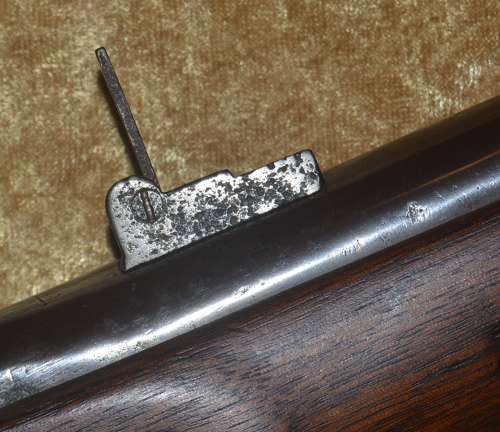 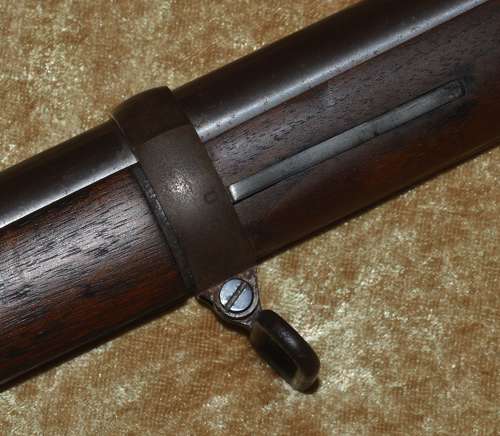 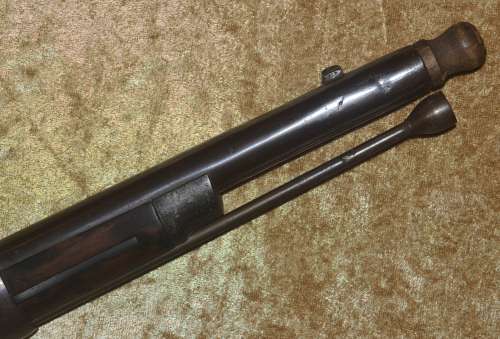 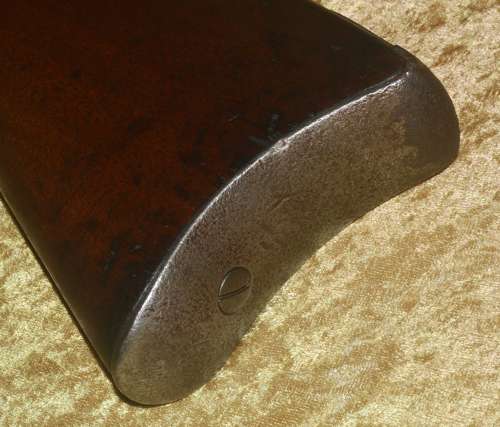 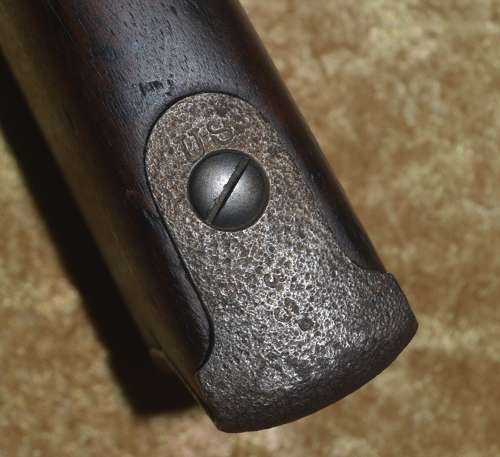 The Model 1861 percussion rifled musket was the standard infantry weapon during the
Civil War. It was produced initially at the Springfield Armory and later made by a number of
contractors.  It features a rifled 40" round barrel of .58 caliber with flip-up rear sight and
fixed blade front sight.  The lockplate is flat with beveled edges and is marked with an
eagle forward of the hammer and “U.S./SPRINGFIELD” beneath the nipple bolster.  The
date “1863" is stamped at an angle behind the hammer.  Nipple bolster with clean-out
screw.  Walnut full stock with three spring-mounted barrel bands, the middle band with
sling swivel.  Butt plate (pitted) with “US” stamped on the tang.  Barrel has been buffed and
markings no longer visible, bore rusty with worn but visible rifling; lockplate, hammer, and
rear sight pitted.  Ramrod with tulip-shaped tip; wood barrel tompion.  Overall length 56".