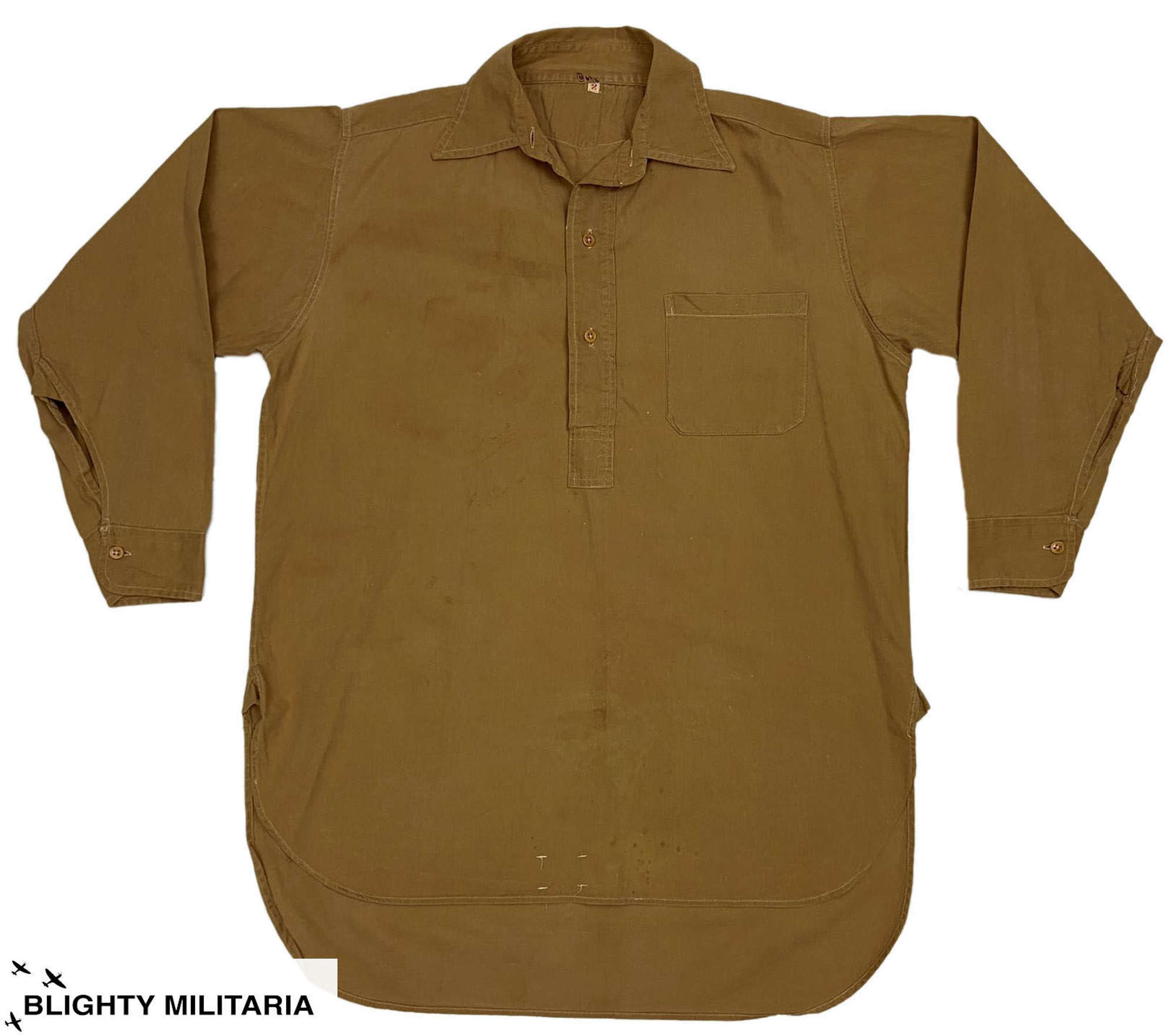 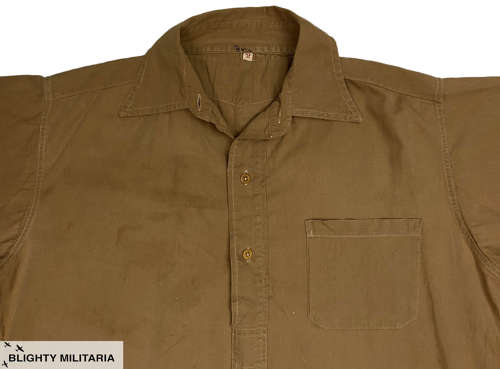 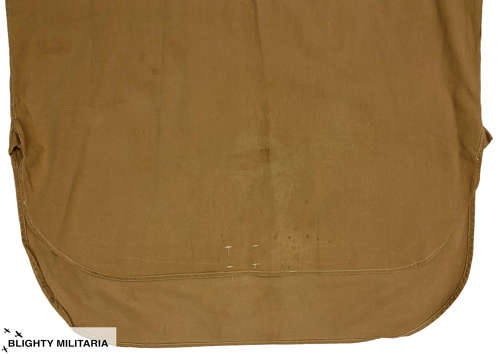 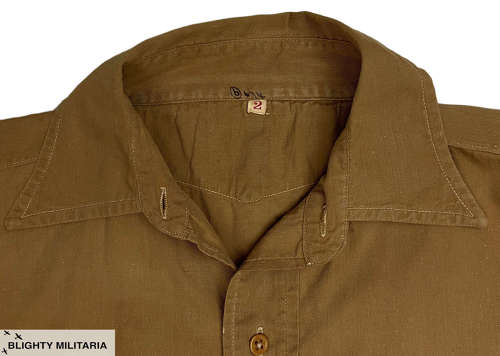 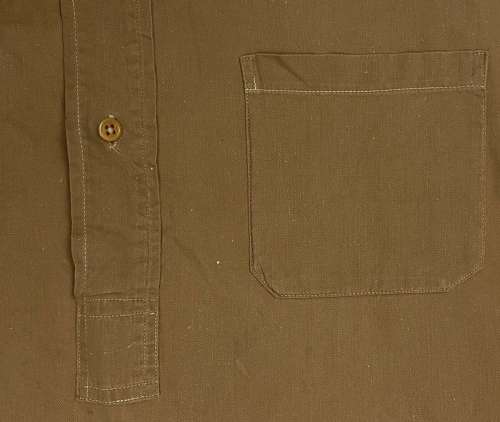 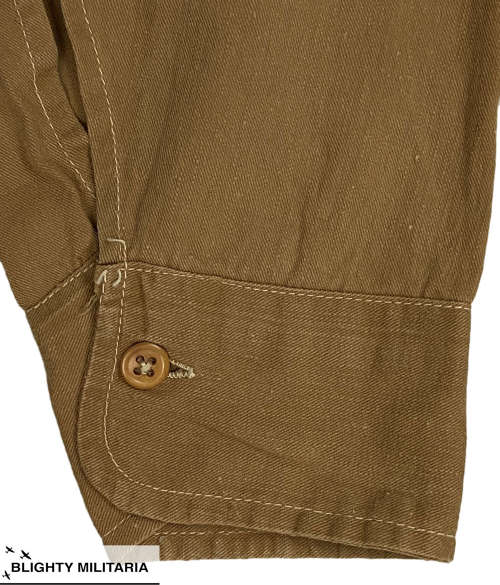 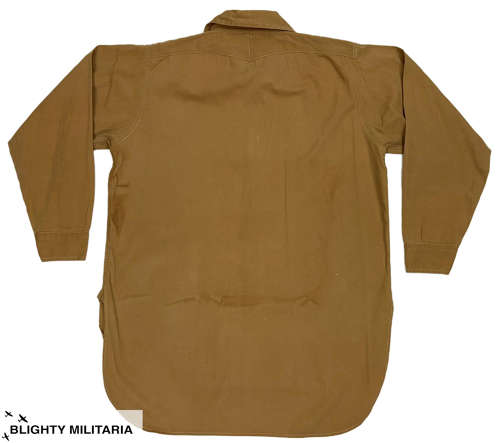 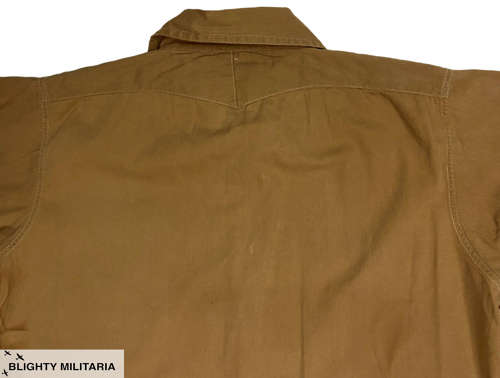 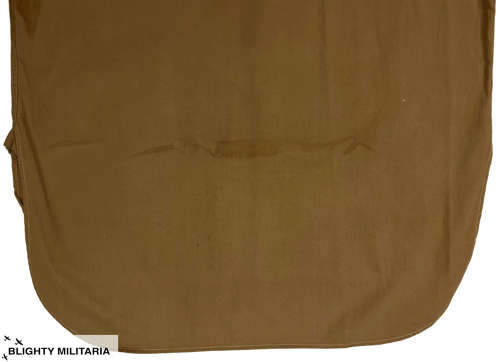 This shirt belonged to a British Army officer who served during the Second World War. It came with some of his equipment and was almost certainly worn by him as an alternative to his officers pattern shirts. It is a typical British 1940s work shirt in many ways. It is made from a reasonably lightweight cotton and features a half-placket front as was common during this period. The front fastens with two buttons and there are two button holes at the collar meaning that a collar stud could be worn. The collar is indicative of the era featuring a subtle spearpoint shape and there is a single patch pocket to the breast. Inside the shirt there is a small label with the number 2 which relates to size.

The shirt is a smaller size which will suit around a 36" chest. When laid flat it measures -

The shirt is in good condition with plenty of signs of wear and use. It has seen a reasonable amount of wear and there are various marks and stains as can be seen in the pictures. It is nonetheless wearable and does not have any serious flaws. Please study the pictures and bear in mind that this is a vintage, pre-worn shirt with some small issues commensurate with age .

A typical 1940s work shirt with all the right features! 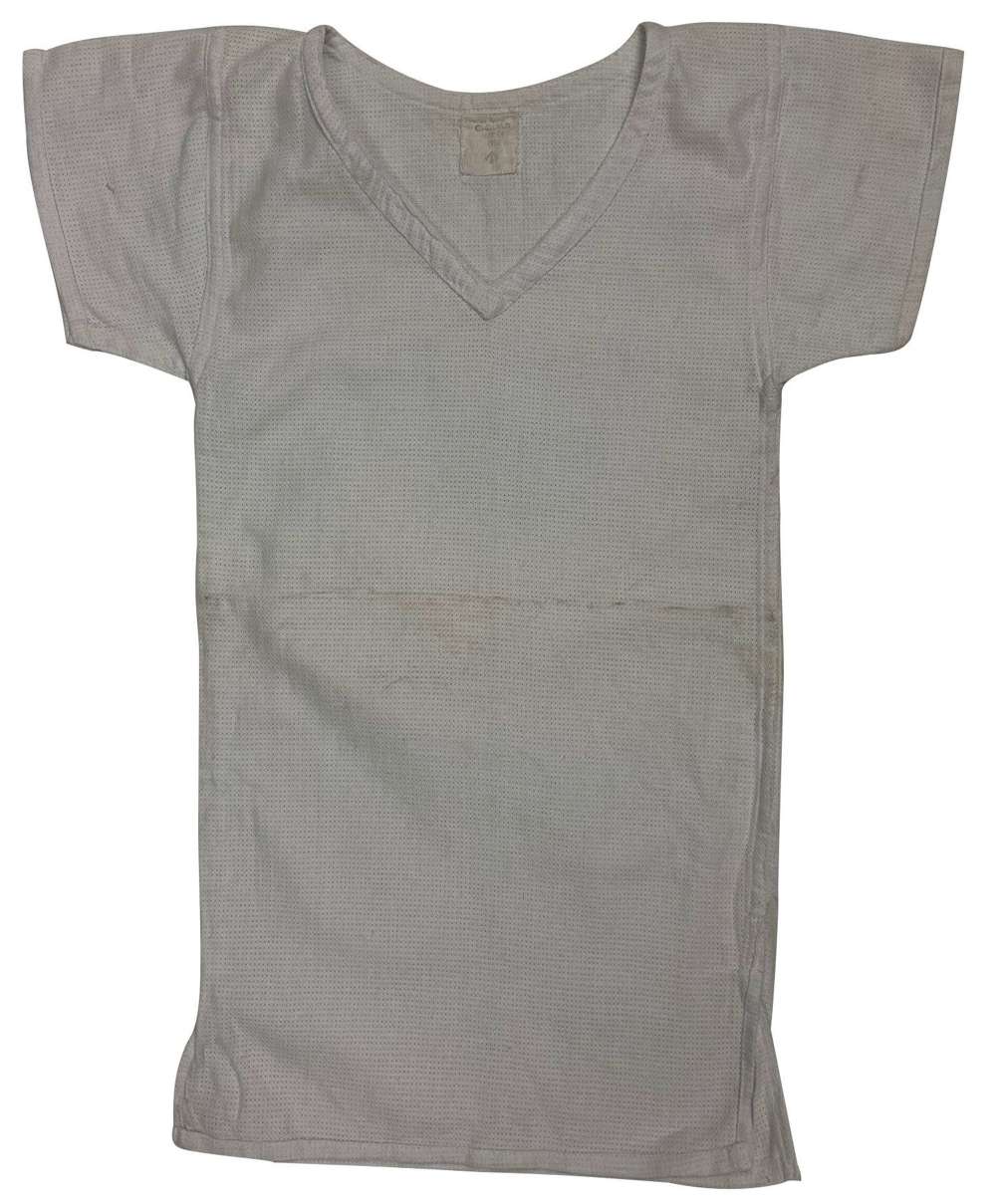 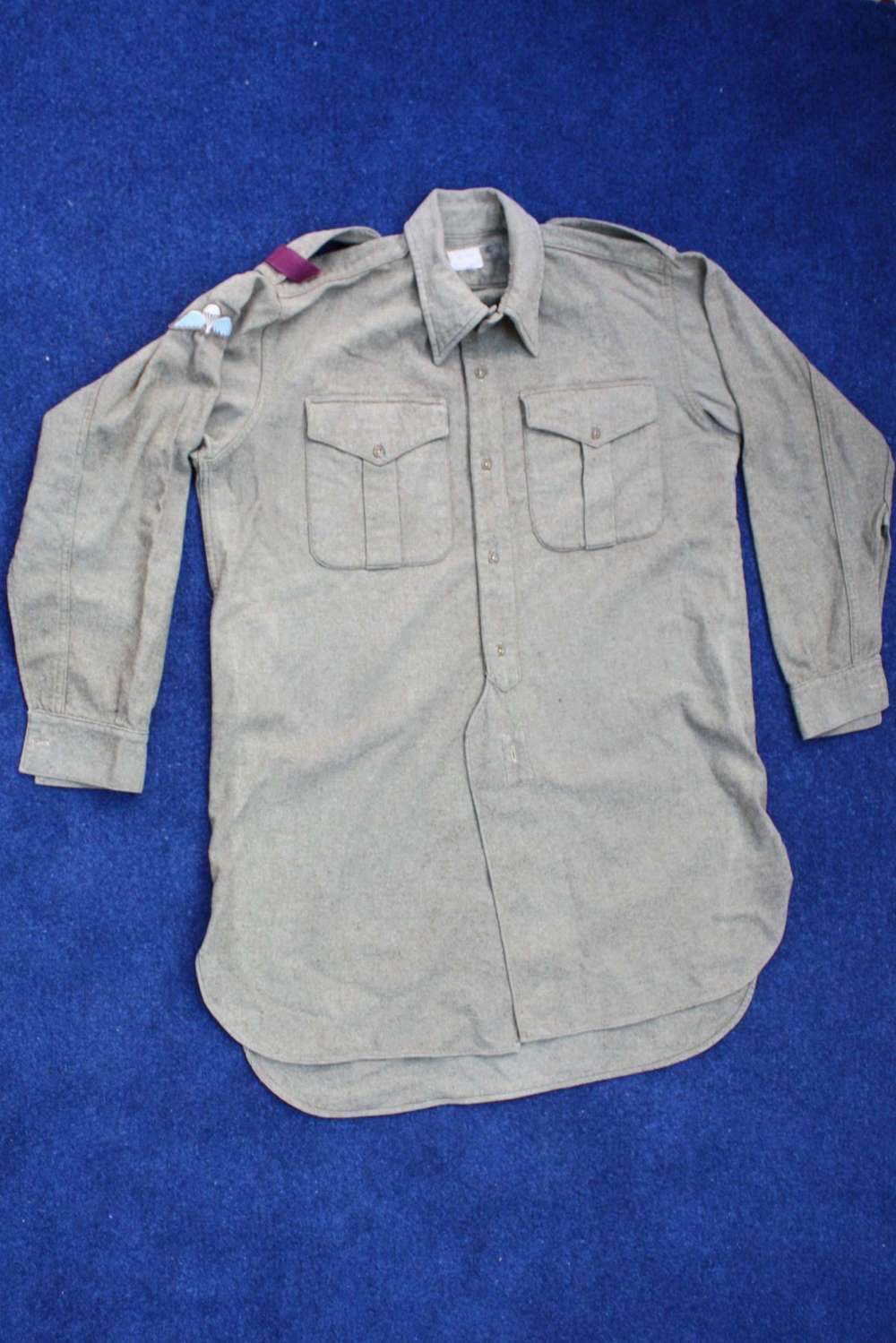 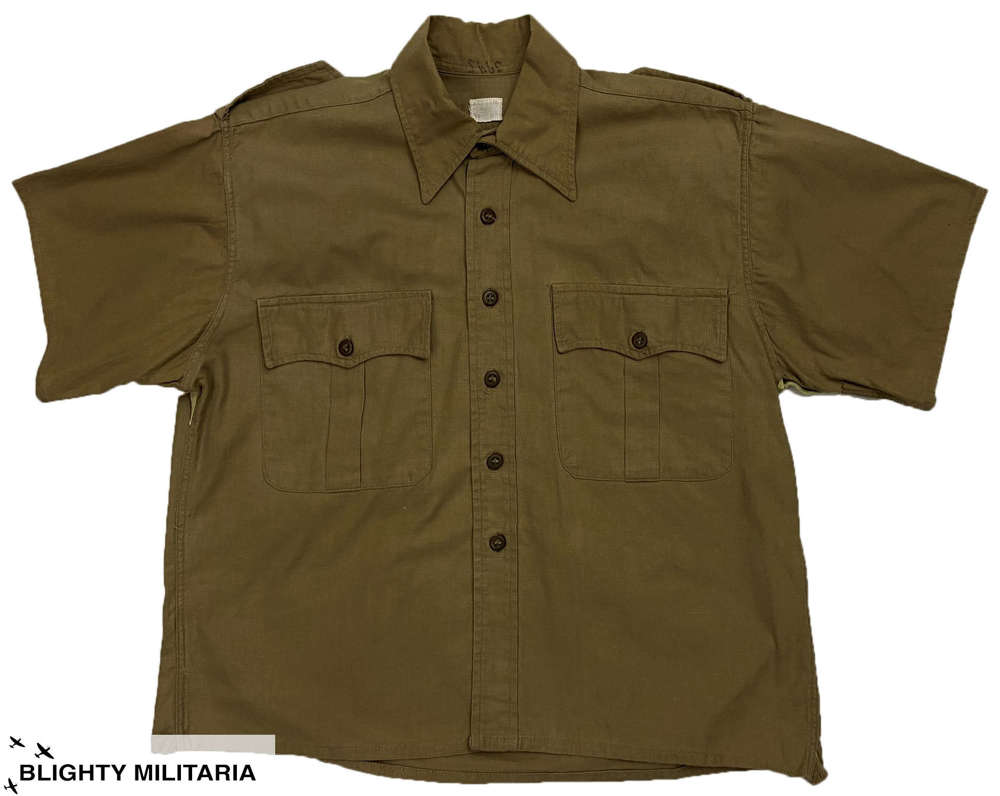 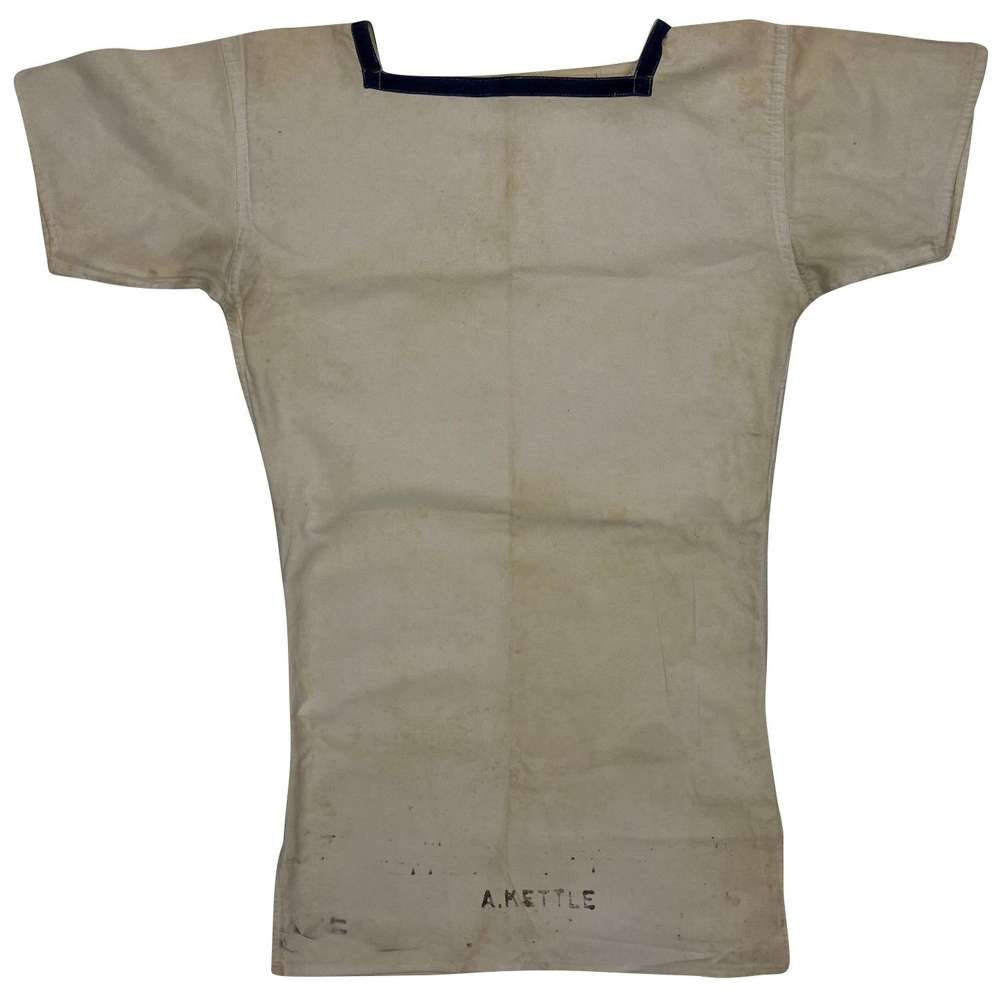