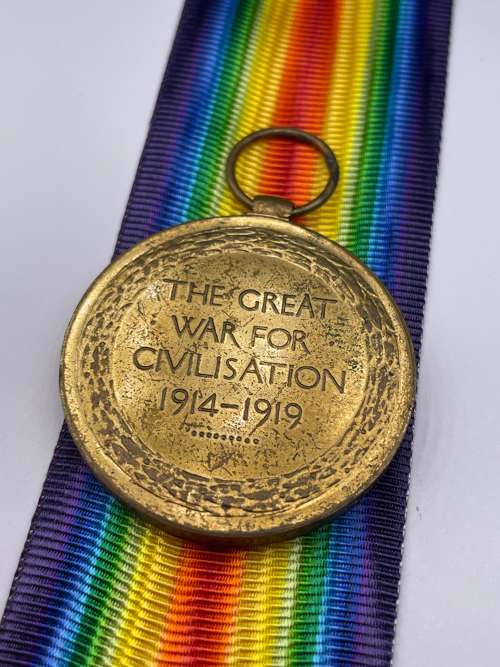 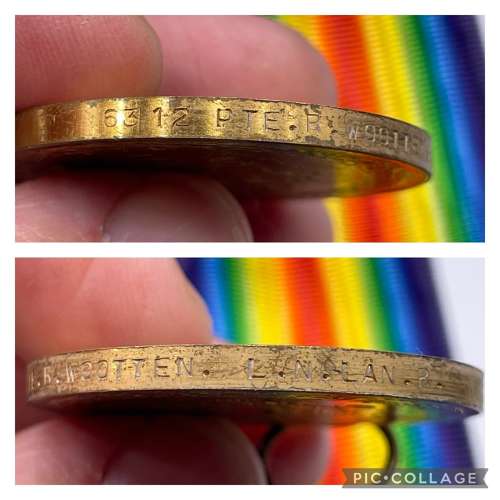 An original World War One era Victory medal with length of replacement ribbon. Slight discolouration to the front of the medal. Medal is correctly named to;

Richard Wootten was entitled to a pair. CWGC shows he was killed in action, whilst serving with the 1/4th Battalion on the 9 September 1916. He is buried at Bernafay Wood British Cemetery.

On the 7th of September, the Battalion went into the front line, occupying land between Delville Wood and stretching in the direction of Ginchy. On the day of Private Woottens death, the unit attacked trenches named Hop Alley, with the Lancashire Fusiliers moving throuhg them to capture Ale Alley.  By 1725, Hop Alley was secured but no further progress was able to be made.  Heavy German artillery and MG fire forced the Loyals back to their starting point.  22 men were killed, 125 injured and as of the end of the day, 79 were missing.