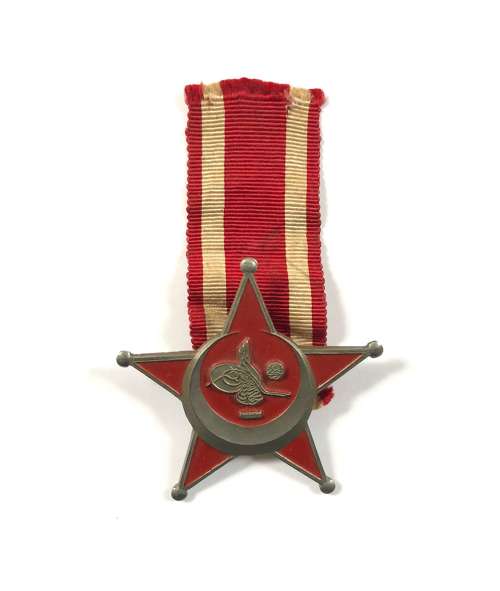 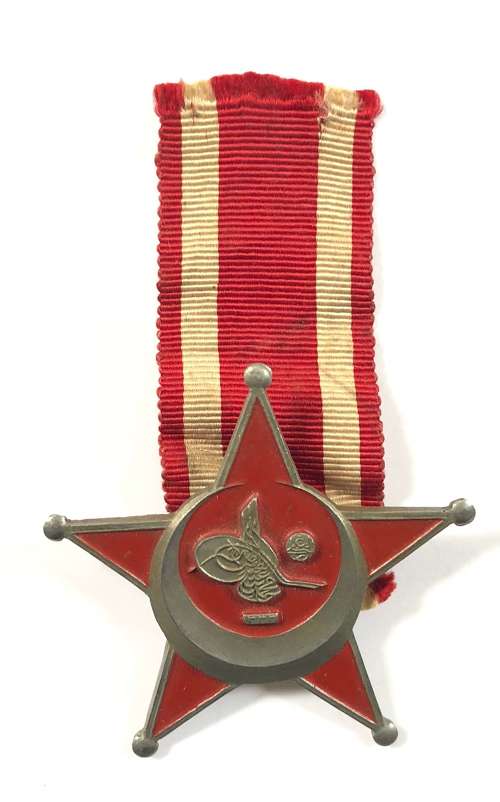 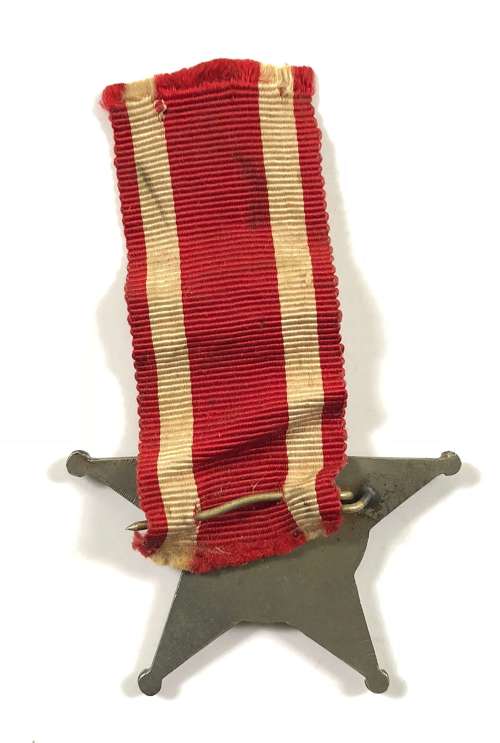 WW1 ‘Gallipoli Star’ Turkish War Medal 1915.
A very good Other Ranks example.  The five pointed star with balls to the tips, retaining 98% of the original painted finish. Mounted to the centre, a silver crescent enclosing the Sultan’s cypher and date. Horizontal pin to reverse and fitted with a piece of original ribbon.

Ottoman Empire award for gallantry in battle instituted by the Sultan Mehmed Reshad V on 1 March 1915. Awarded for the duration of World War I to Ottoman and other Central Powers troops including many German Officers.