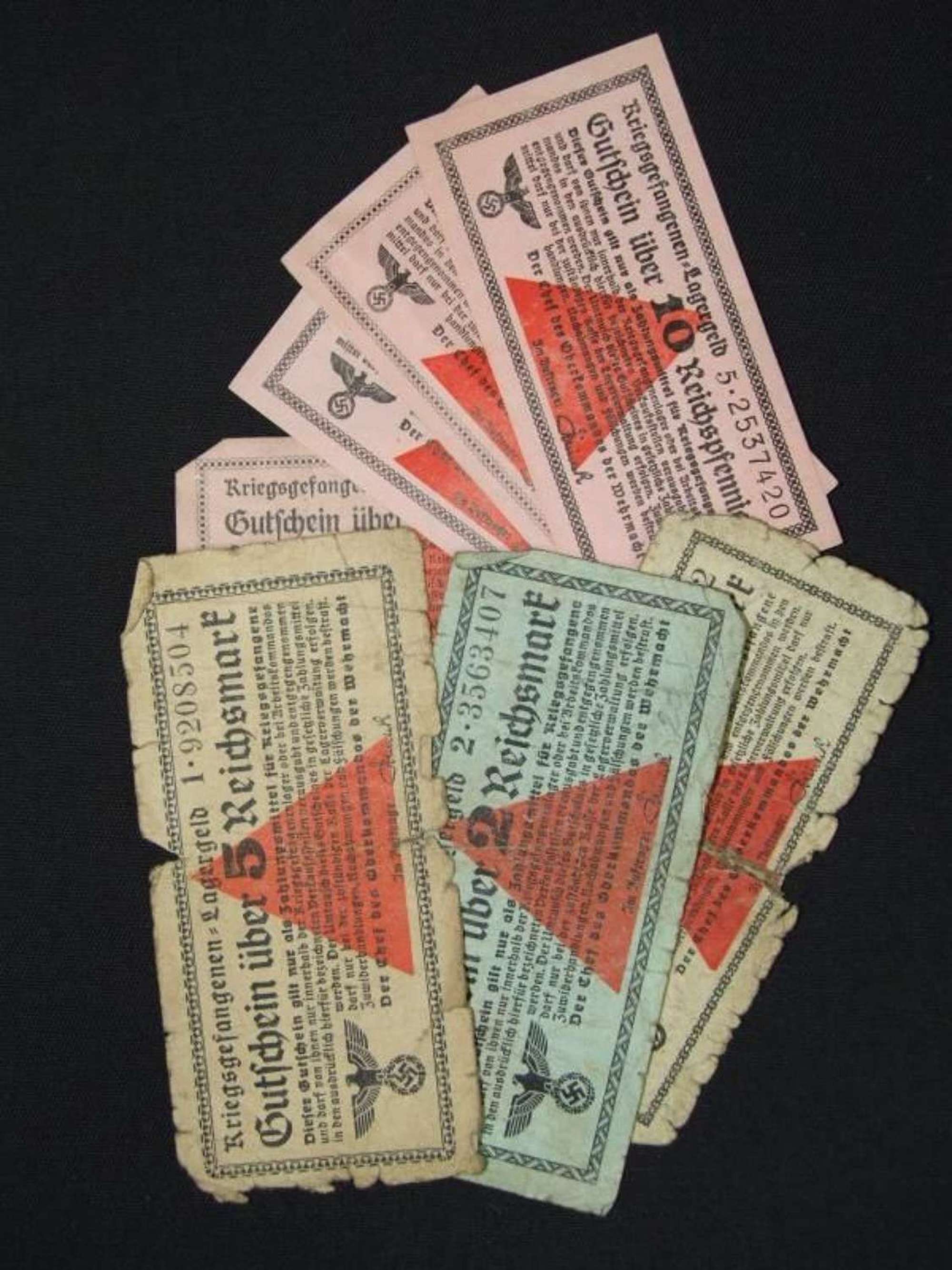 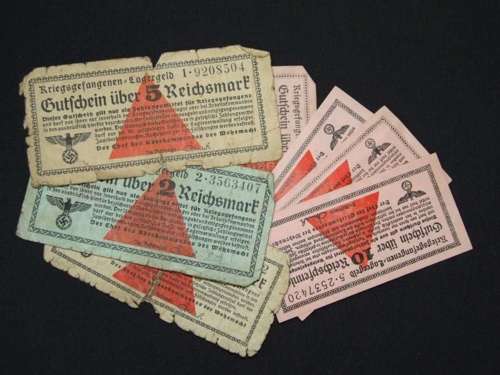 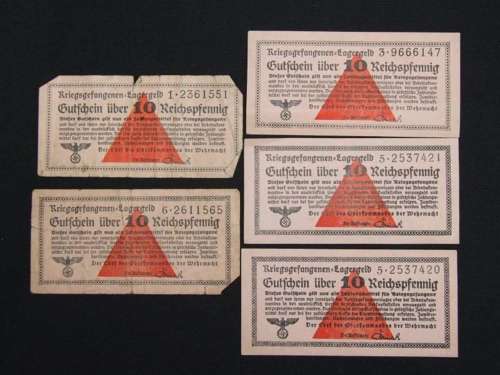 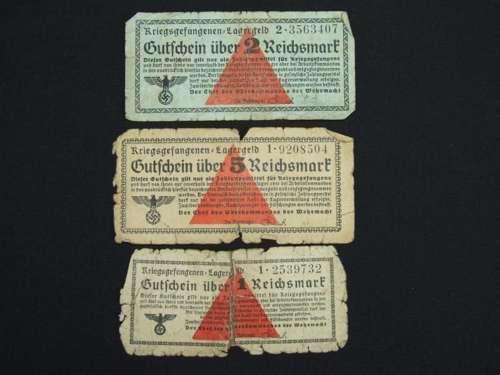 A collection of 8 Lagergeld (Camp Money) notes in three different denominations comprising:
3, 10 Reichspfennig notes in unused condition, 2 with consecutive numbers
2, 10 Reichspfennig notes in good used condition
1, 1 Reichsmark note in poor condition in two halves and period repaired with parcel tape.
1, 2 Reichsmark note in good used condition
1, 5 Reichsmark note in good, well used condition.
The Geneva Convention ruled that officer PoW's did not have to work, but other ranks were required to if asked. Those who did work were paid not with official German currency but in prison Lagergeld. Prisoners were paid at a rate, determined by their level of skill and agreement between government or private employer and Army Corps Commands. The lowest paid were farm workers, from 16 to 35 Pfennigs a day. Small industries paid 30 to 50 Pfennigs a day, while those in heavy industry received from 75 Pfennigs to 1 Mark a day. For the highly skilled and professional PoW the rate was between 2 and 3 marks a day
Many PoW's in Germany were pleased to escape the boredom of life behind barbed wire in the parent camp and welcomed the change of scenery and the money they earned at the working camps. The money often supplemented their food rations until food parcels arrived. Although some prisoners complained about working in heavy industry, where cruelty was sometimes inflicted on them, those working on the land and on farms often ate at the same table as their employer and slept in his house and became part of the family. They were often better fed than many city dwelling Germans.
Working prisoners did not receive their pay in official currency, as it was feared that if they could accumulate large sums of money through working, they could bribe guards to help them escape and then pay their way through Germany - to freedom. Instead, prisoners were paid in Lagergeld (camp money). This was paper money (often specially printed for individual camps) which could only be used to purchase goods at the camp store or credited to a prison bank account. Large industrial companies in Germany hired British and Allied PoWs from the regional Army Corps Commands to work in steel factories, quarries and coalmines. Smaller employers hired them as stevedores, garbage collectors, foresters and in small groups as farm hands. Prisoners usually lived near the place of their employment.

Other items in Stationery

View all in Stationery 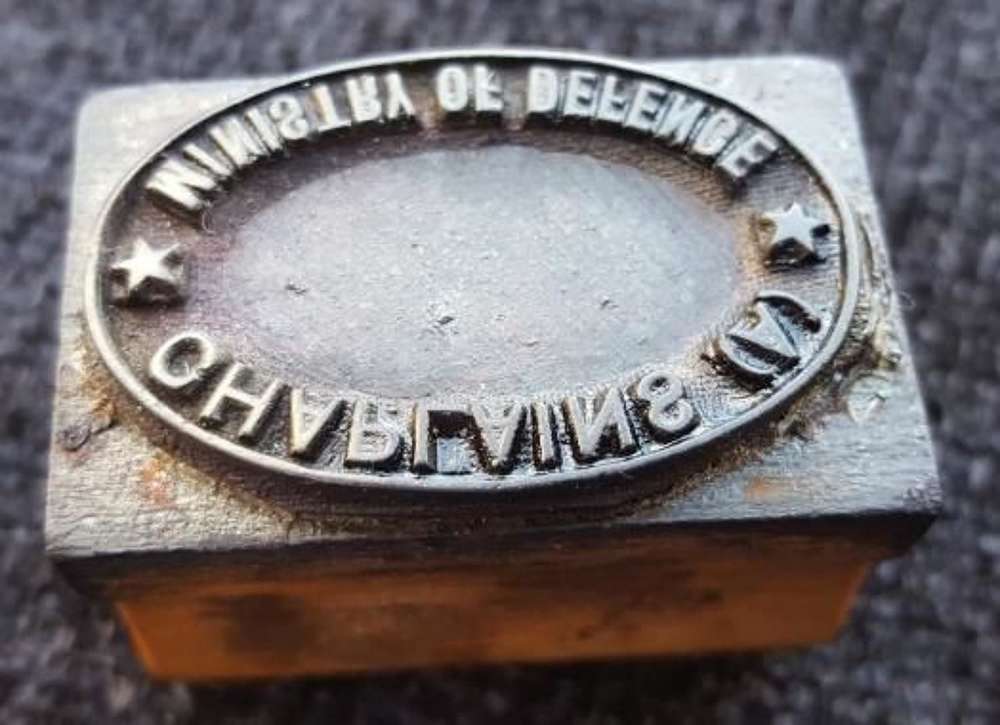 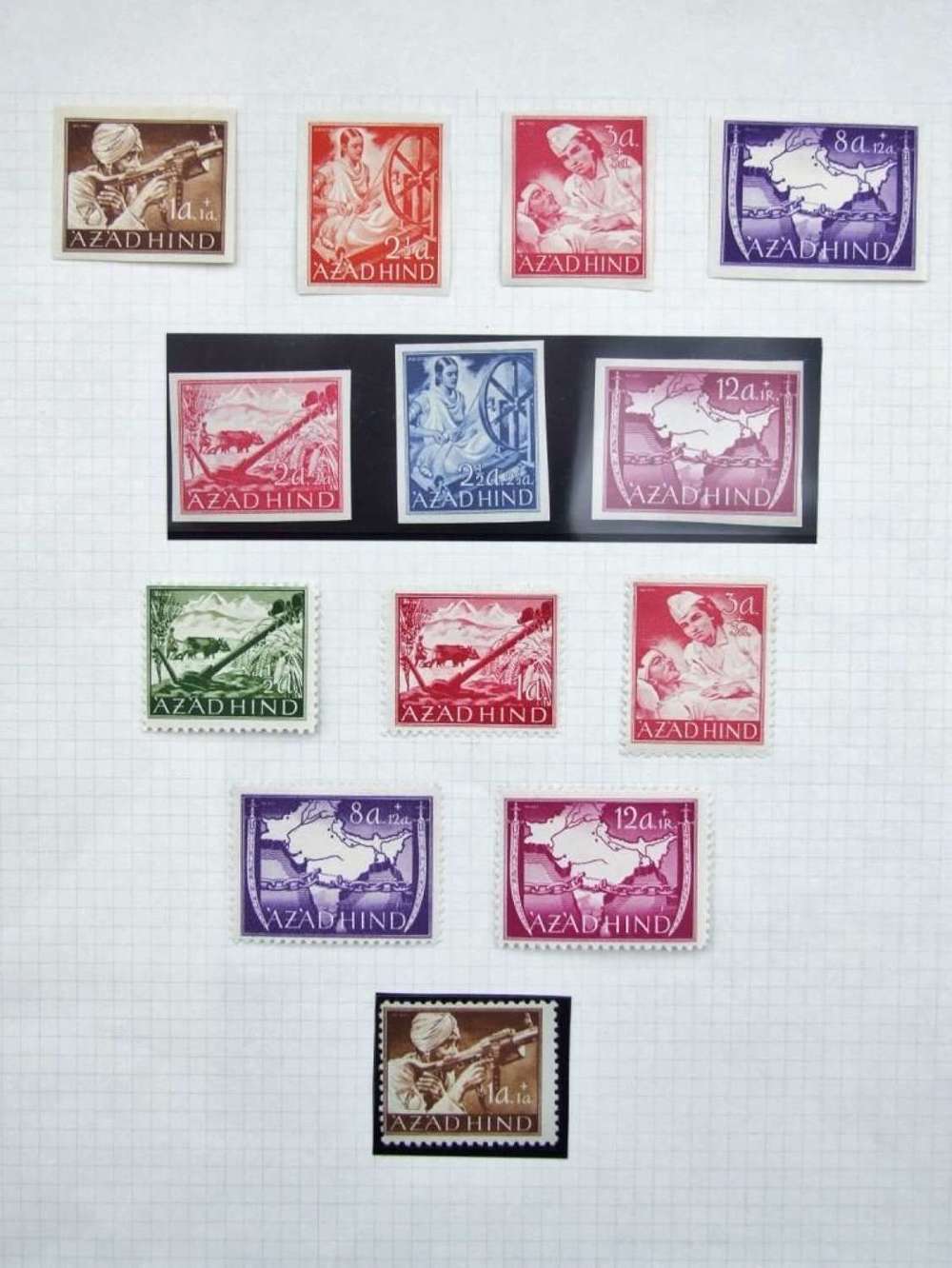 A collection of 13 Azad Hind stamps 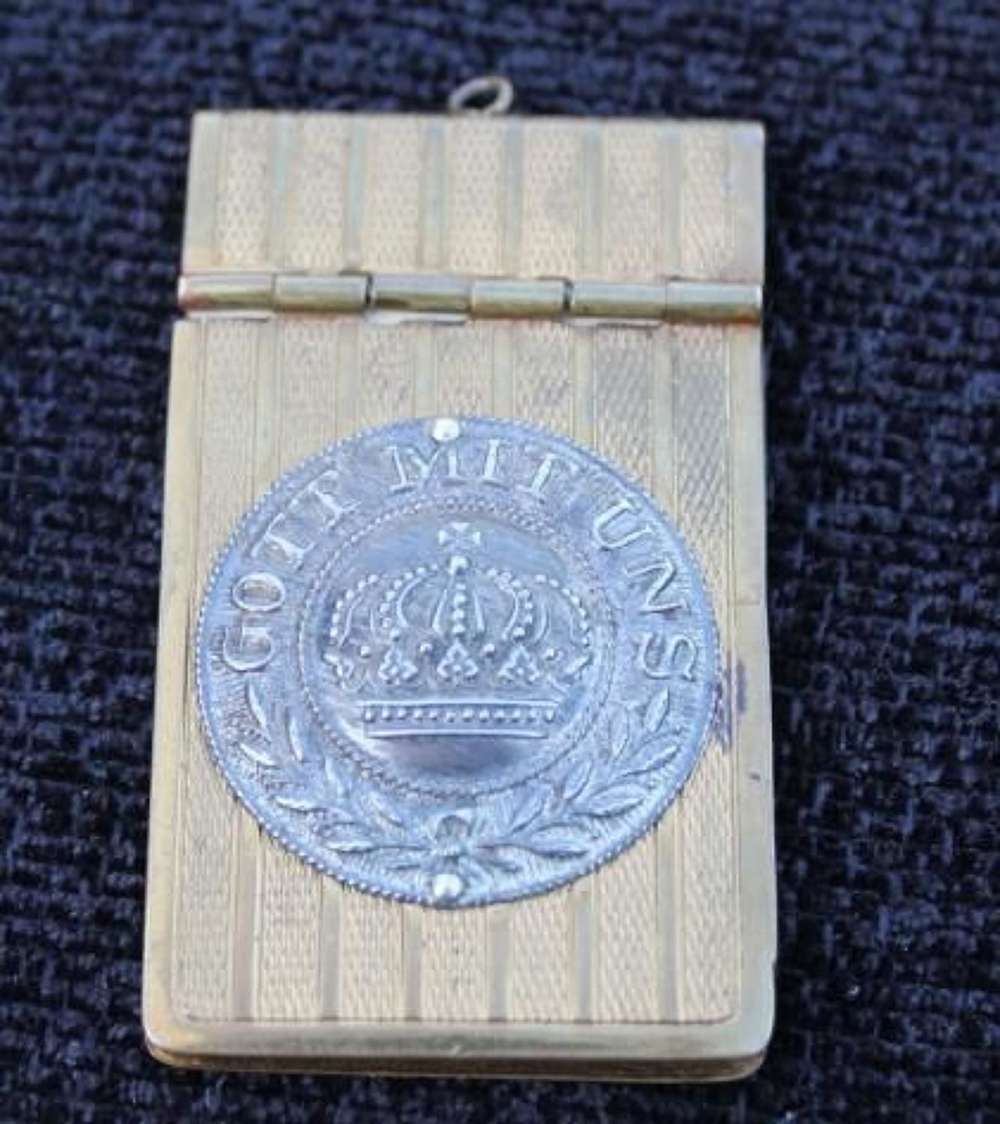 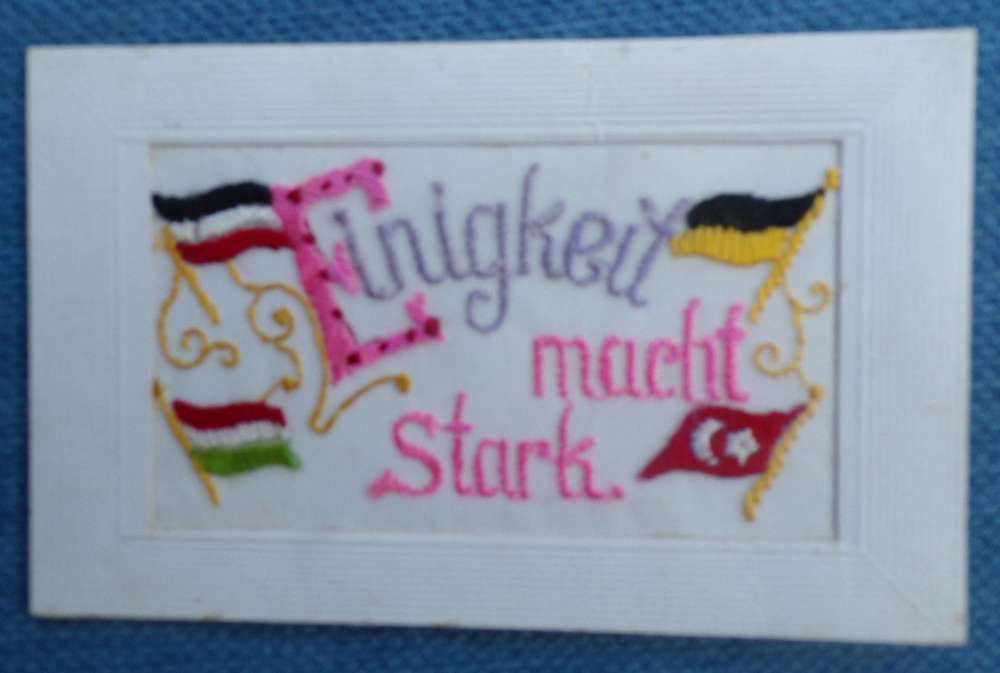