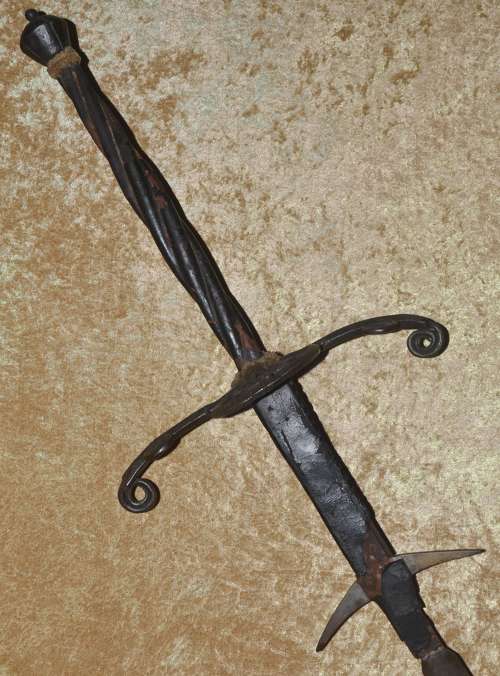 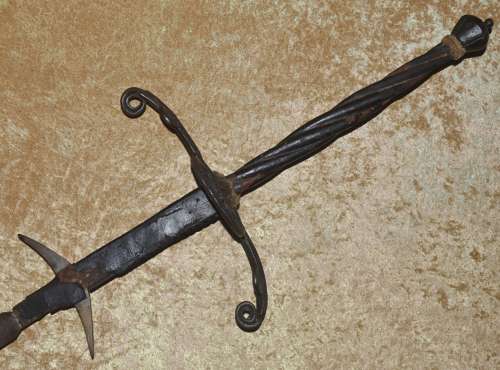 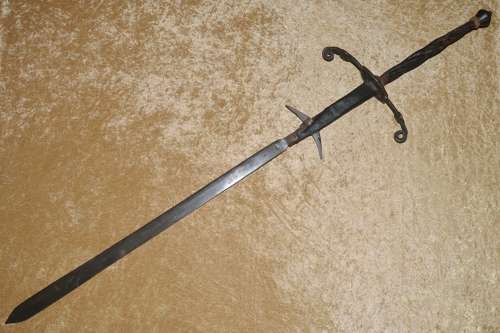 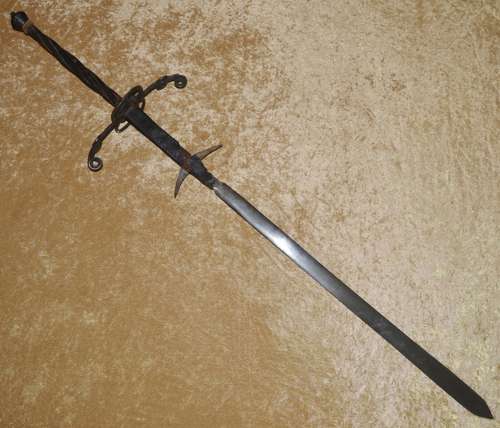 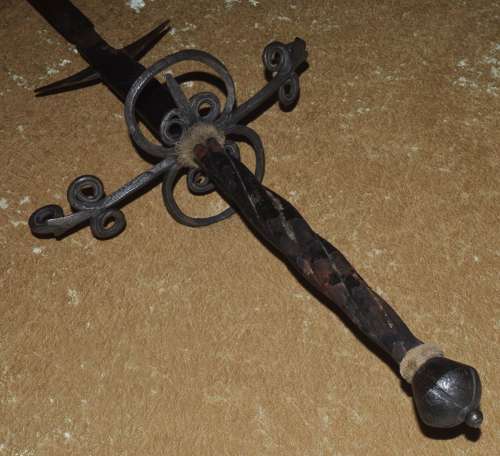 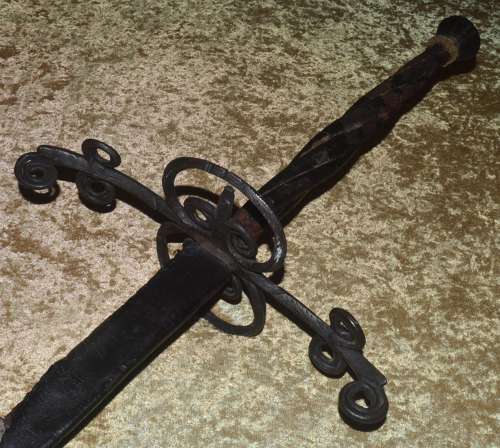 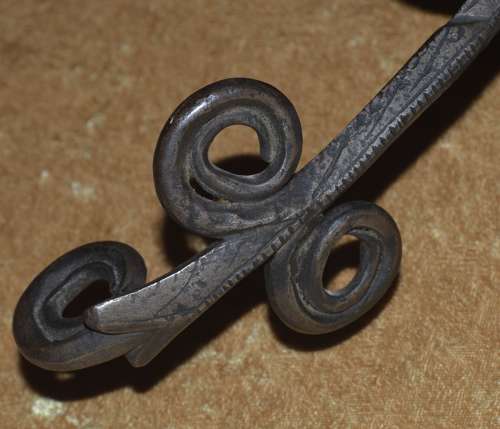 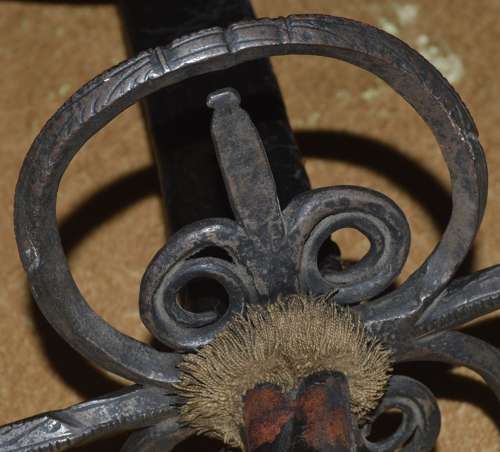 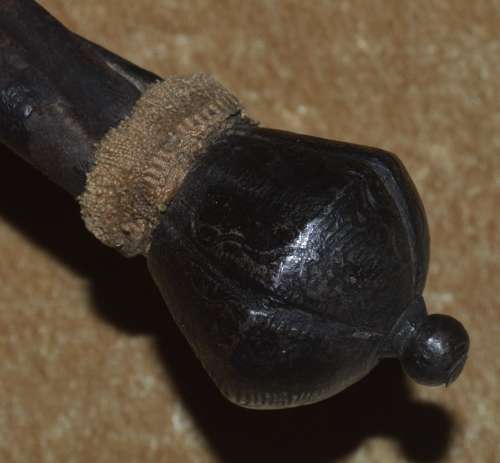 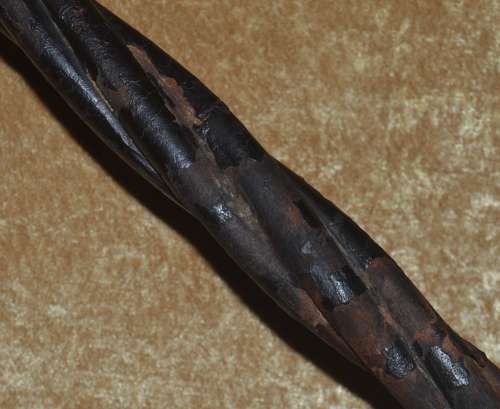 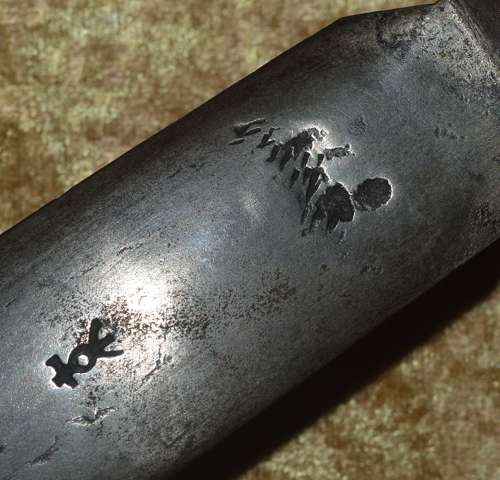 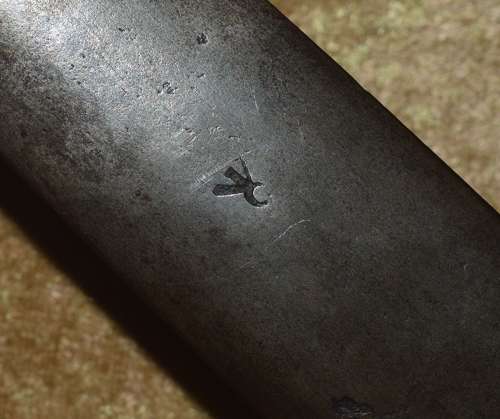 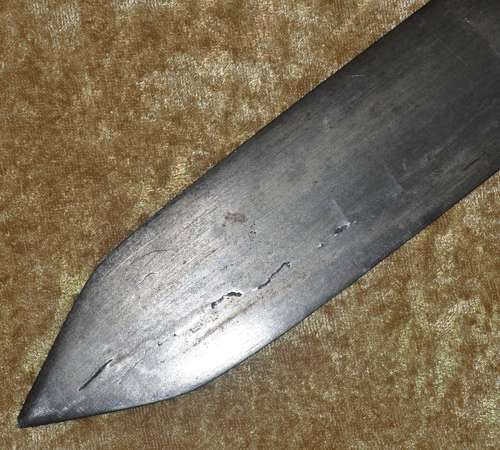 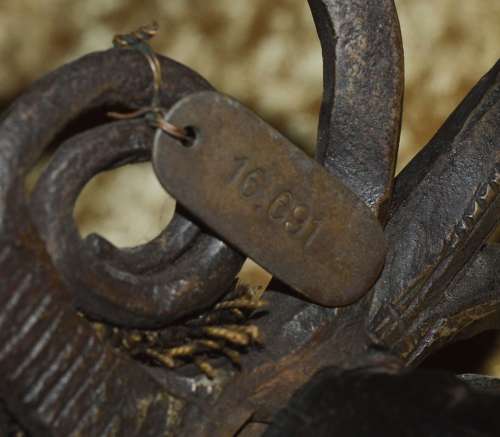 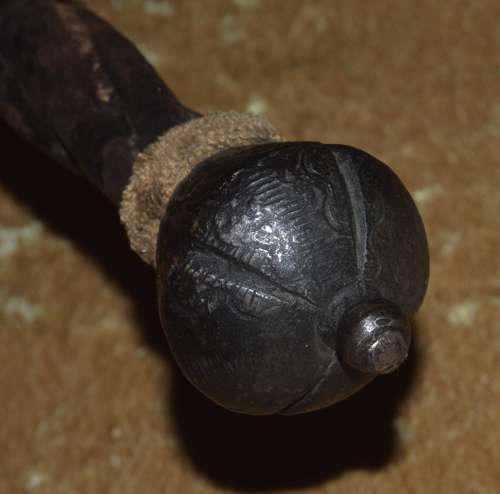 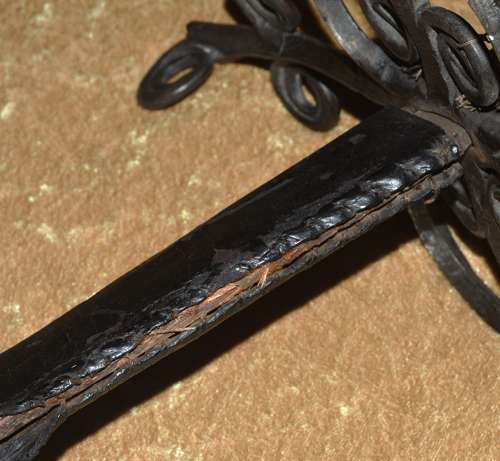 Impressive and heavy Landsknecht “Zweihander”of gigantic proportions.  German and
Swiss Landsknechts (mercenaries) of the 15th and 16th Centuries usually carried two
swords.  The smaller sword, the Katzbalger, was used primarily for one-on-one combat.
The second sword, the huge Zweihander (two hander), was often used to attack pike
squares, cutting the heads off the pikes to make them vulnerable to cavalry attack.  Only
the biggest and strongest soldiers carried these massive swords, which could cut a man in
half with one blow.  Soldiers who carried these were known as Doppelsoldner, or double
soldier, because they received double pay for their strength and expertise.
This example features iron hilt with original blackening.  Quillons and large side rings
formed of diamond-section bars; the quillons each with three scrolled finials.  Fleur de lis
on each side extending from the quillon block within the side rings (old collection tag
attached).  Spiral twisted wood grip with its original leather wrap (worn, dry, and flaking)
and the remains of textile tassels at the top and bottom.  Segmented conical pommel with
rounded top and button finial.  Iron parts chiseled with simple floral and geometric
decoration.  Double-edged 48" blade of lens section with stamped maker’s mark on each
side and two large side lugs, showing lamination and widening at the point.  The long flat
ricasso with its original wood and leather covering (dry with losses).  Guard is loose due to
shrinkage of the wood and leather over time.  Overall length 64".  A large and impressive
sword in untouched original condition.