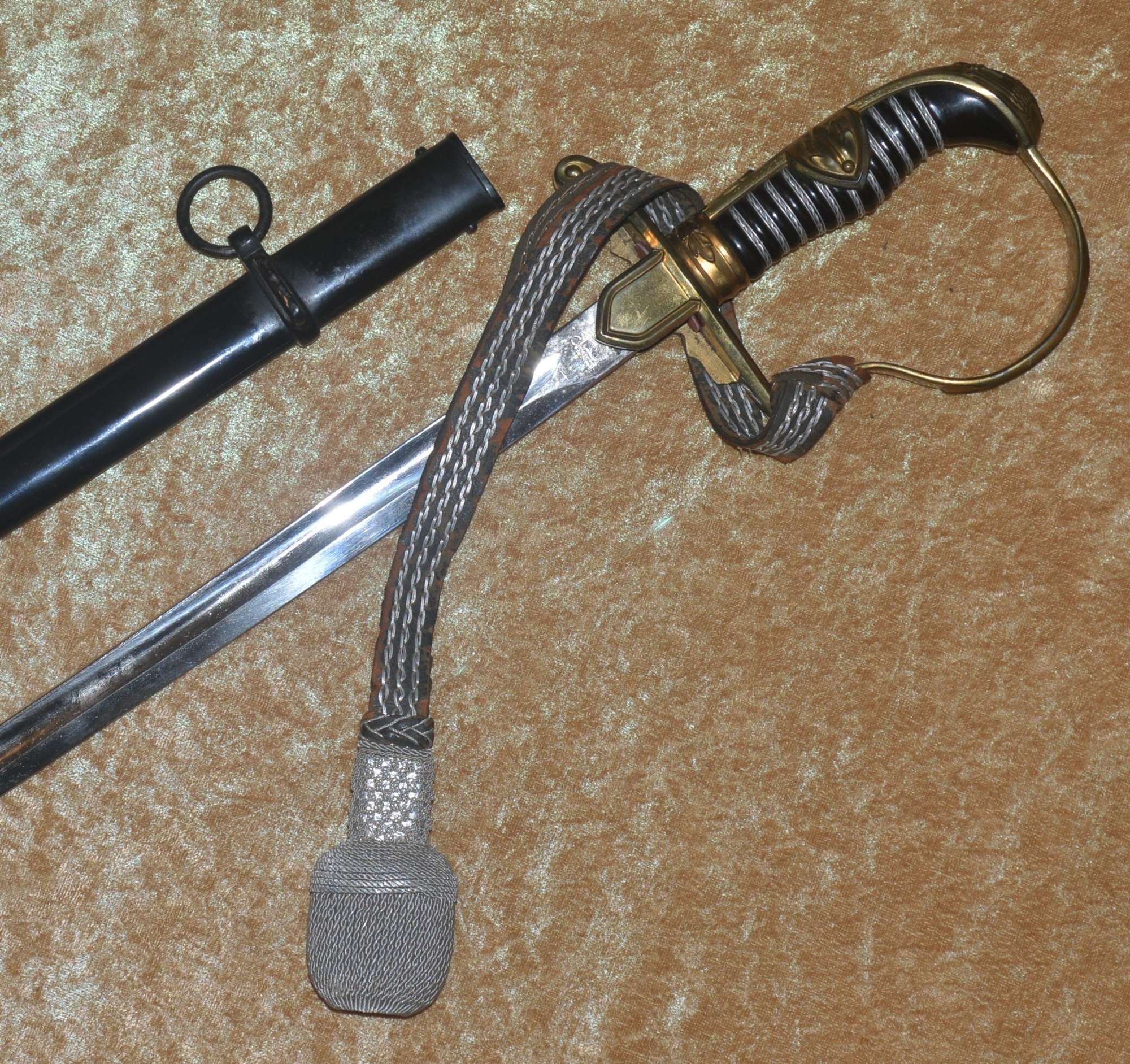 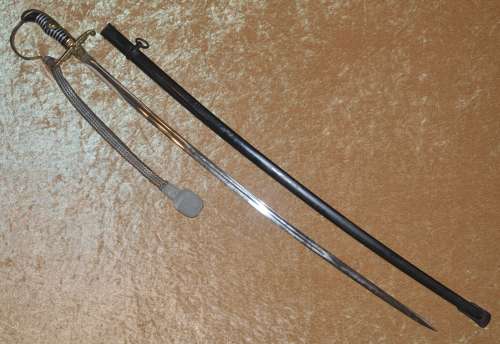 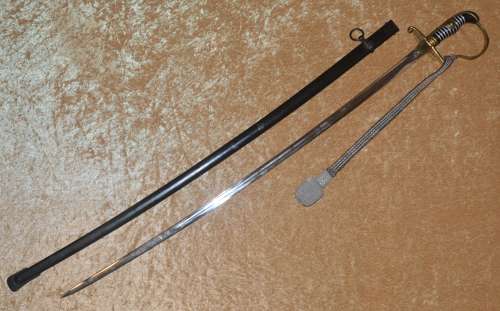 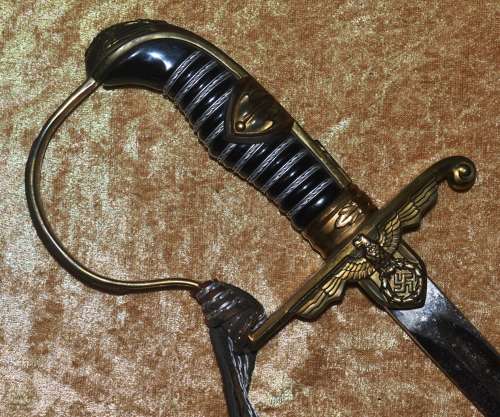 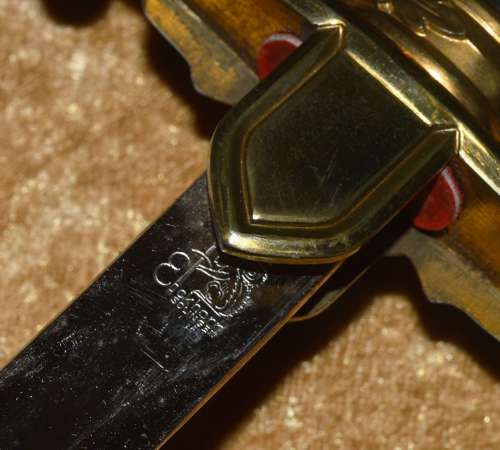 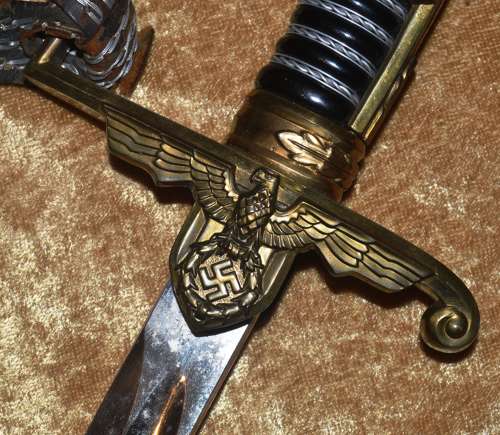 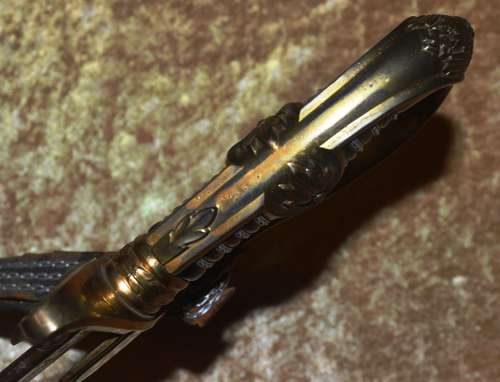 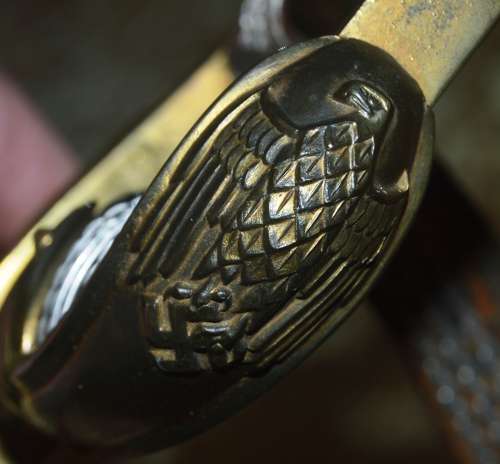 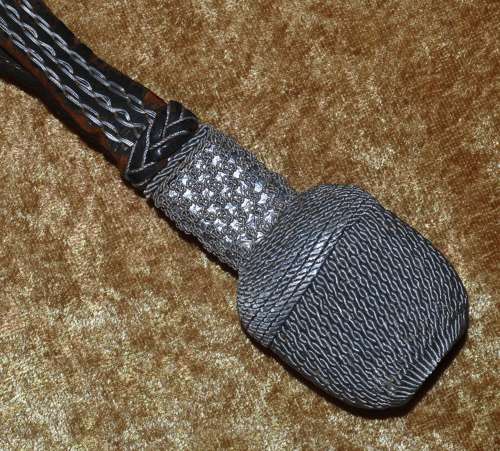 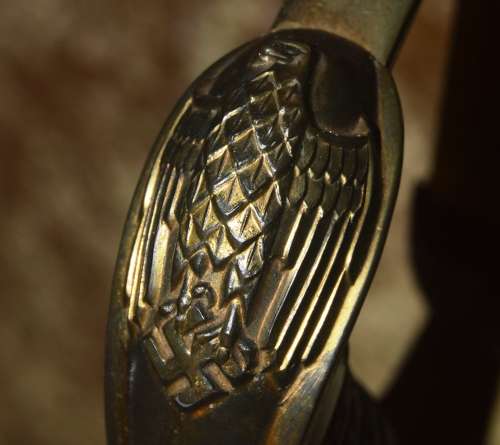 The Solingen swordmaker Carl Eickhorn produced a series of swords in the mid to late
1930's named for famous military commanders from German history. Called the “Feldherrn
Serie” (Commander Series) by Eickhorn, these swords are generally referred to by
collectors as the "Field Marshall" series, though only 4 of the 9 actually held that rank.  One
of the rarest and most sought after is called the “Prinz Eugen” model after Prince Eugene
of Savoy.  The example offered here is fresh to the market, having been brought back from
Germany after WWII by US Army veteran Harry Hohne and stored in a chest until recently
sold by his nephew’s wife.  Hohne was involved with rounding up artifacts from museums,
etc. toward the end of the war and shipped duffel bags filled with war trophies to his mother
and sister.  He never married and passed away in 1972.  He supposedly took this sword,
along with a Luger and M40 helmet, from an officer of the 7th SS “Prinz Eugen” Division, an
elite unit of mountain troops “Gebirgsjager”.  This is backed up by the inscription on the
helmet liner which includes “Geb. Jag.” and “Fussen”, a town in the mountains of Southern
Bavaria.  Also, the Prinz Eugen sword was the favorite of officers of this unit due to the fact
that the division was named for him.  The sword is just as it was when first taken as a war
trophy, retaining about 70% of the original gilding on the hilt.  The blade is bright and clean
and features the clear squirrel and sword maker’s mark of Eickhorn.  Original black-painted
scabbard with single carry ring showing minor scuffs from typical parade use.  Retains its
original leather and silver bullion portapee sword knot just as it was when last worn on
parade.  An excellent example in untouched wartime condition with known provenance.
Please contact us if interested in the other items taken by Private Hohne. 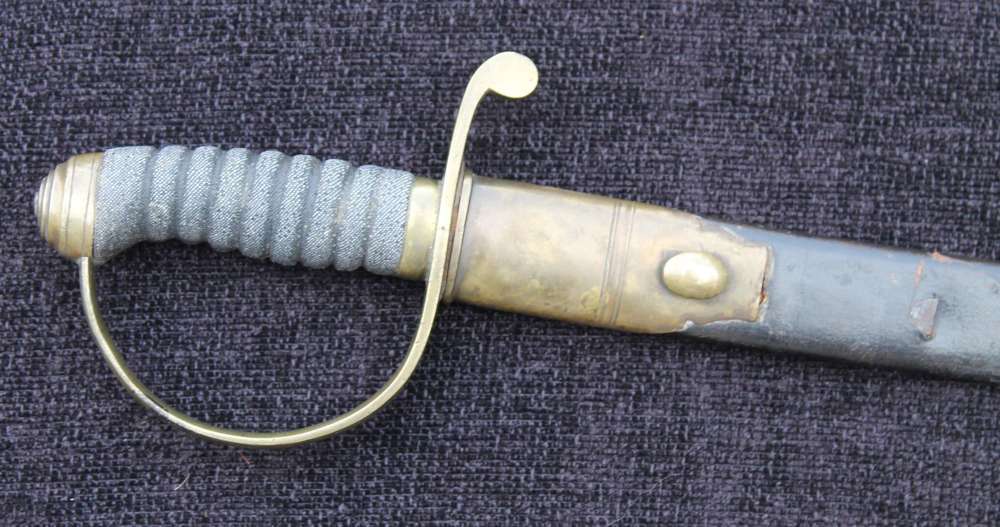 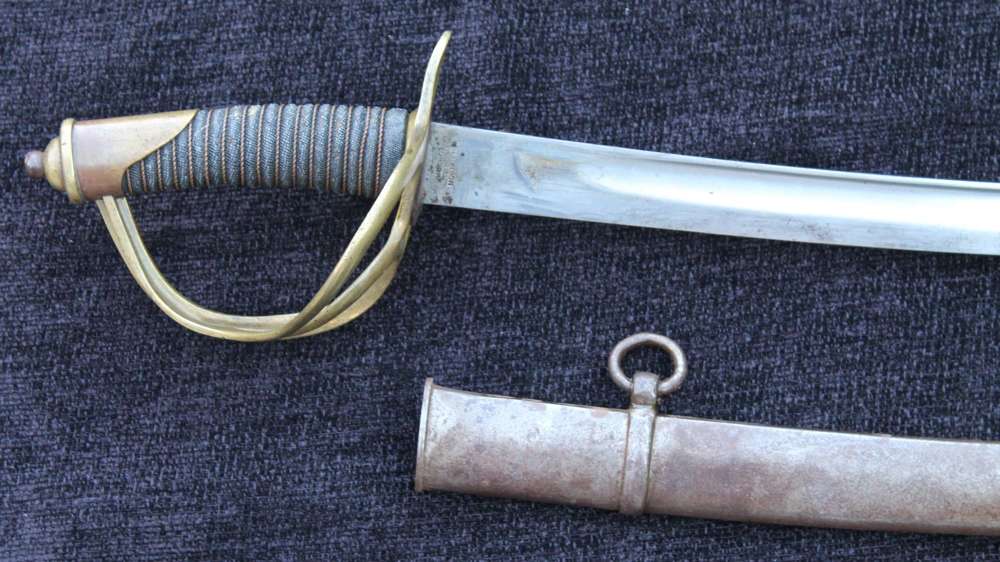 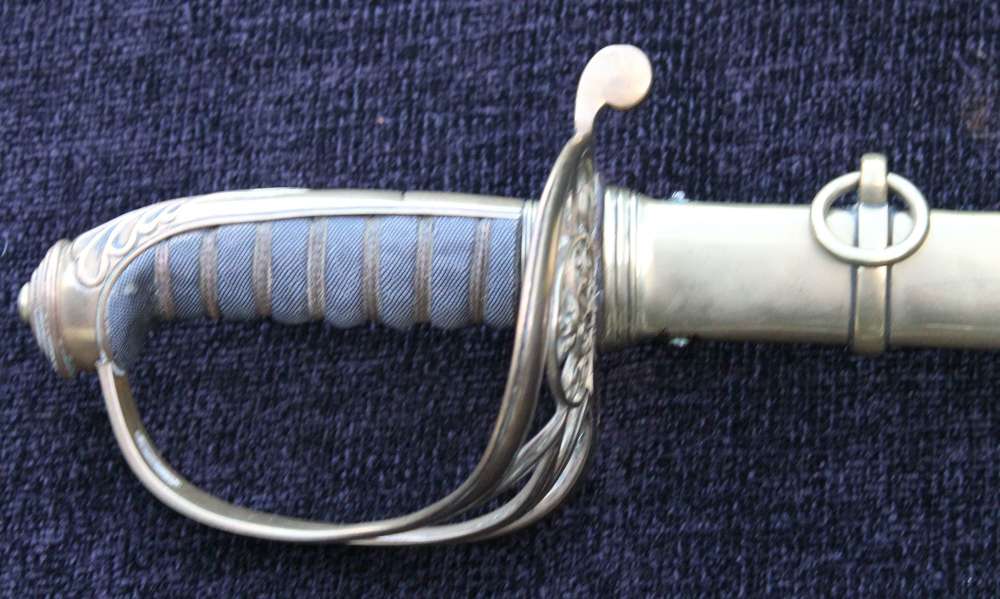 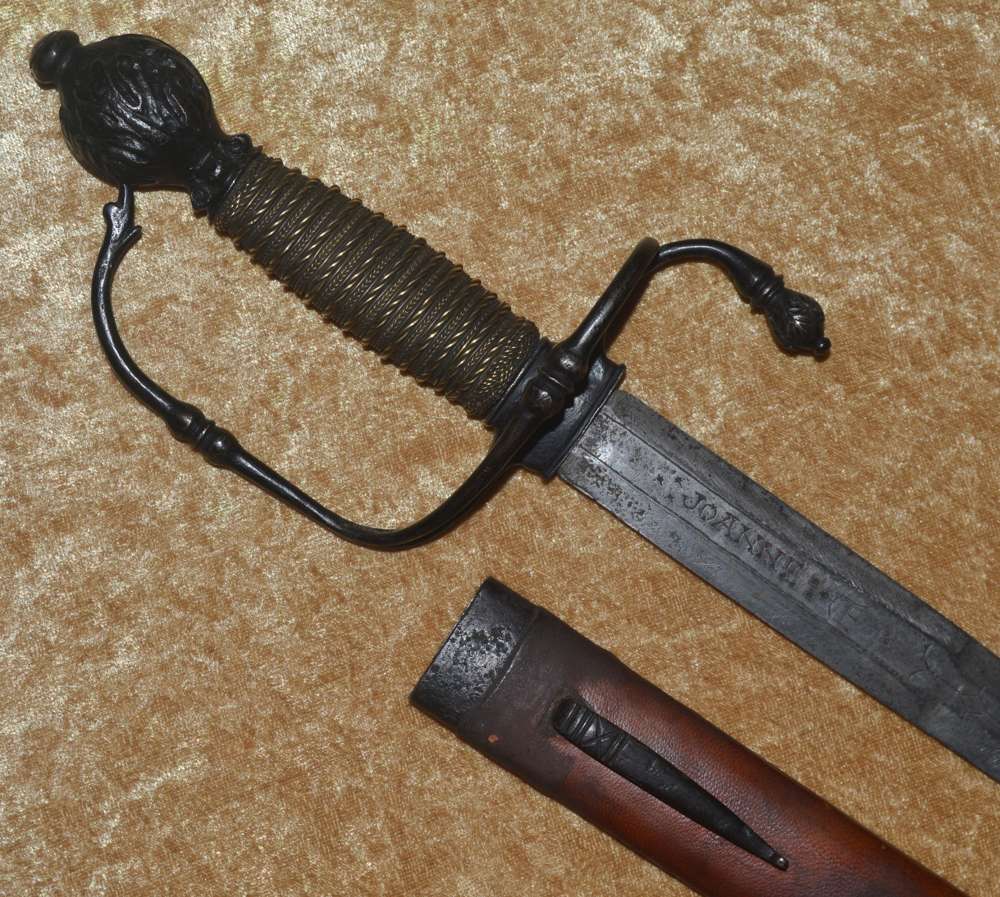