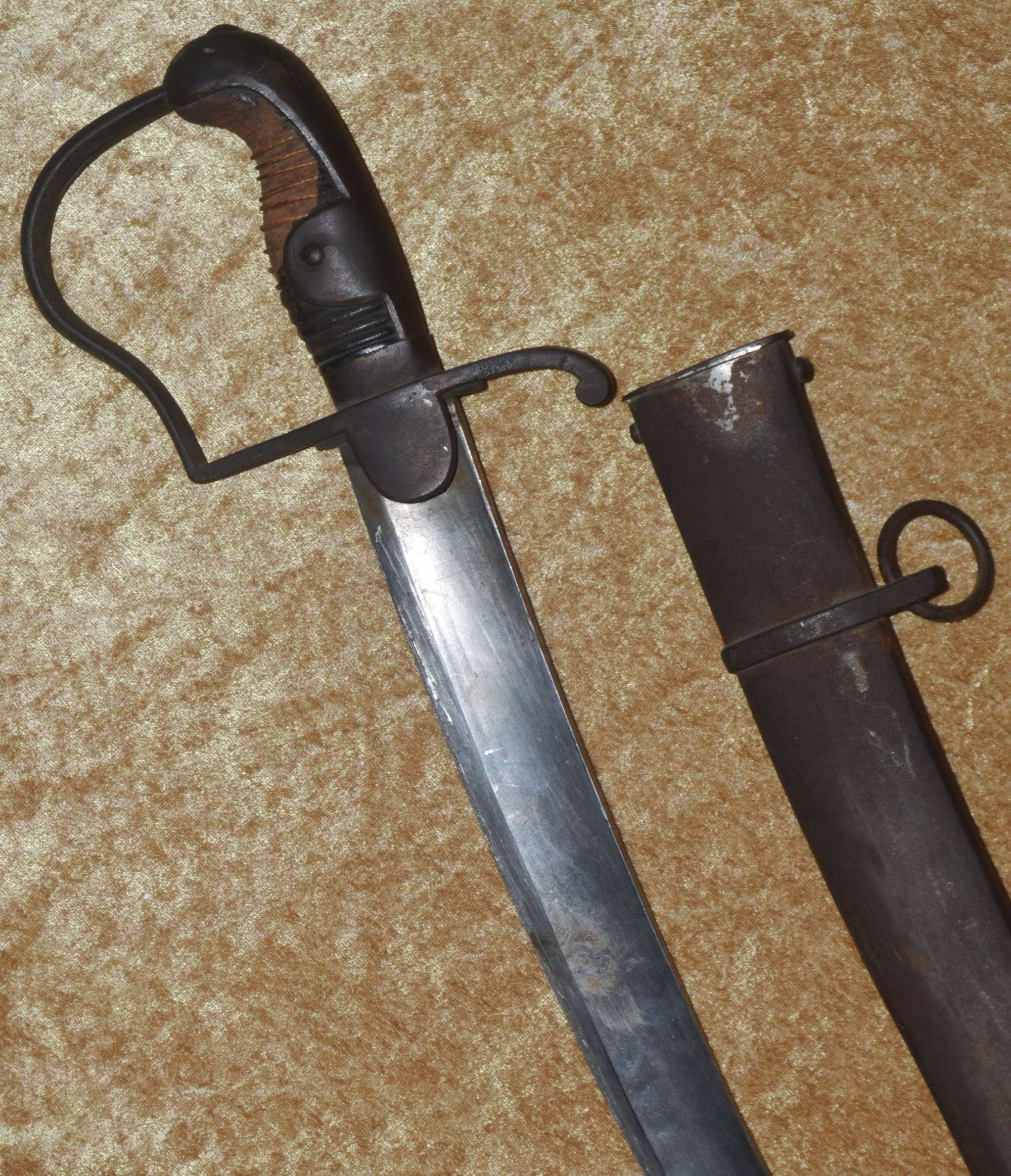 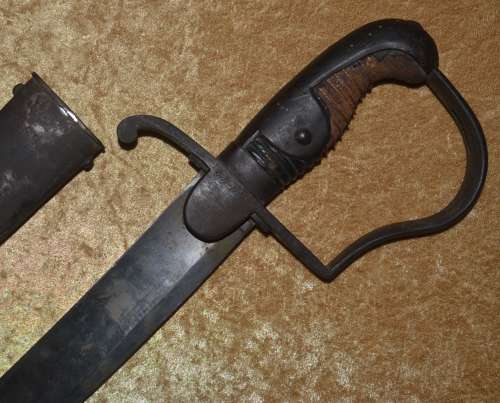 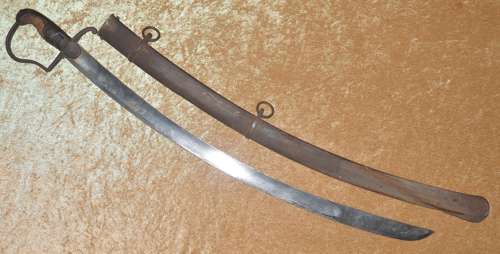 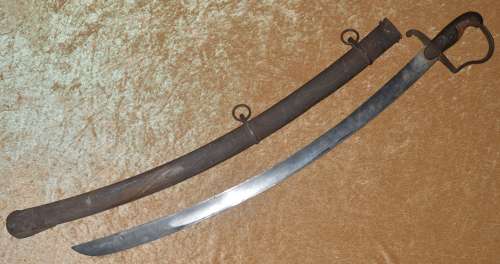 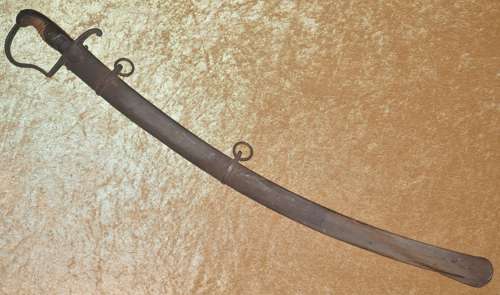 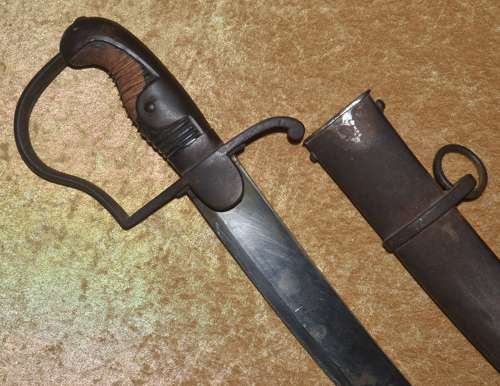 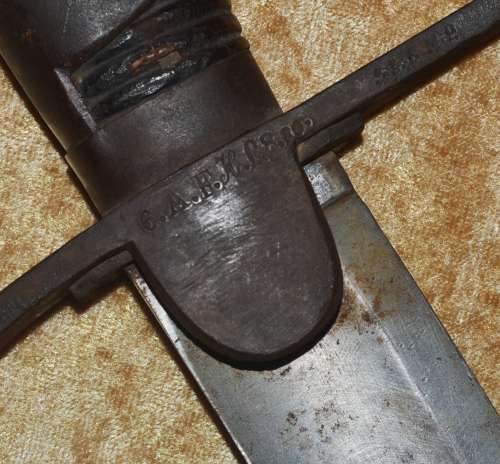 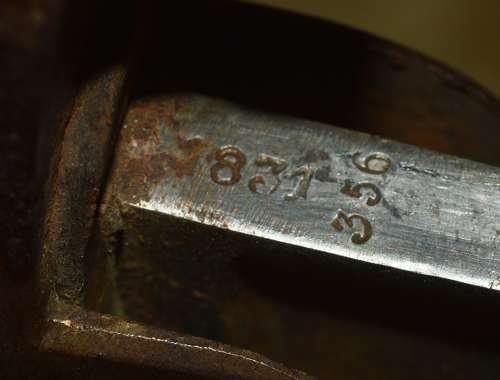 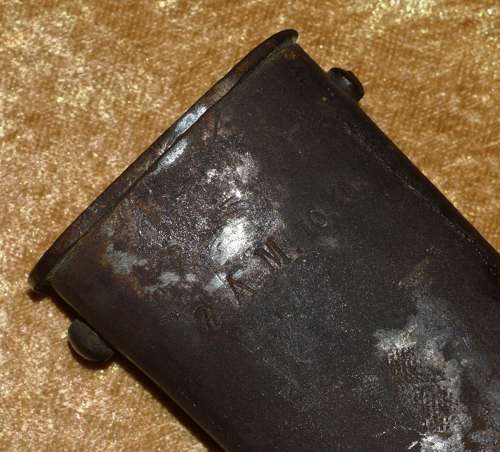 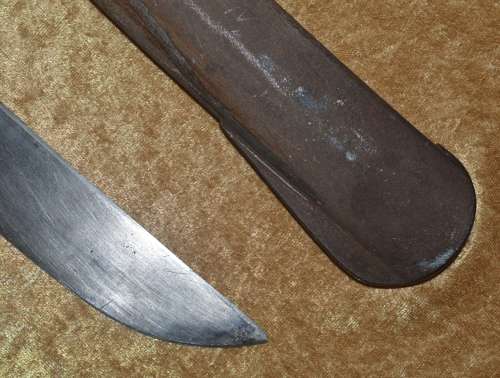 The Prussian Bluchersabel was directly copied from the British P1796 Light Cavalry saber
in 1811.  It later received the unofficial name “Bluchersabel” for Marshall Blucher of
Waterloo fame.  Prussian troops first received British P1796 sabers in 1809.  Prussian
production began in 1814 after Napoleon’s defeat at the Battle of Leipzig when the sword
manufacturing facilities came into Prussian hands.  The sword was originally a beefier
version of the British saber, which had received numerous complaints from British
cavalrymen.  The Prussian version became so popular that it remained in service, with
modifications, all the way up to the outbreak of WWII in 1939.  This example shows
extensive field use and is untouched since its period of use.  Featuring the standard iron
stirrup hilt with dove-head pommel, integral backstrap and riveted grip “ears”; wide single
langets.  Hilt stamped with three sets of unit markings; “6.A.F.”, “H.C.8.80" and a third set
which is partially obscured.  Original wood grip and leather over cord wrap with about 50%
of the leather worn away.  Broad deeply curved 32" single-edged blade with wide 4/5
length single fuller and hatchet point; stamped “1831" and “356" on the spine.  Blade
smooth with some minor stains from age and handling; retains a sharp cutting edge.
Heavy iron scabbard with twin carry rings; stamped “R.A.M.10.19" on one side near the
throat.  Scabbard shows dark brown rust patina with scuffs from age and use.  The worn
condition and multiple sets of unit markings attest to the long service life of this sword.
Overall length 37 1/4", not including scabbard. 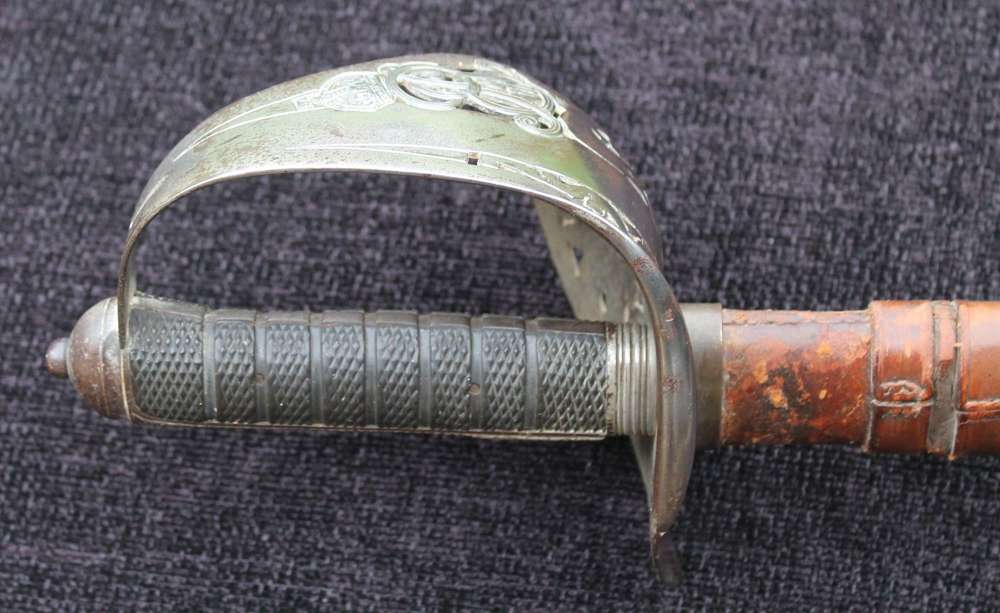 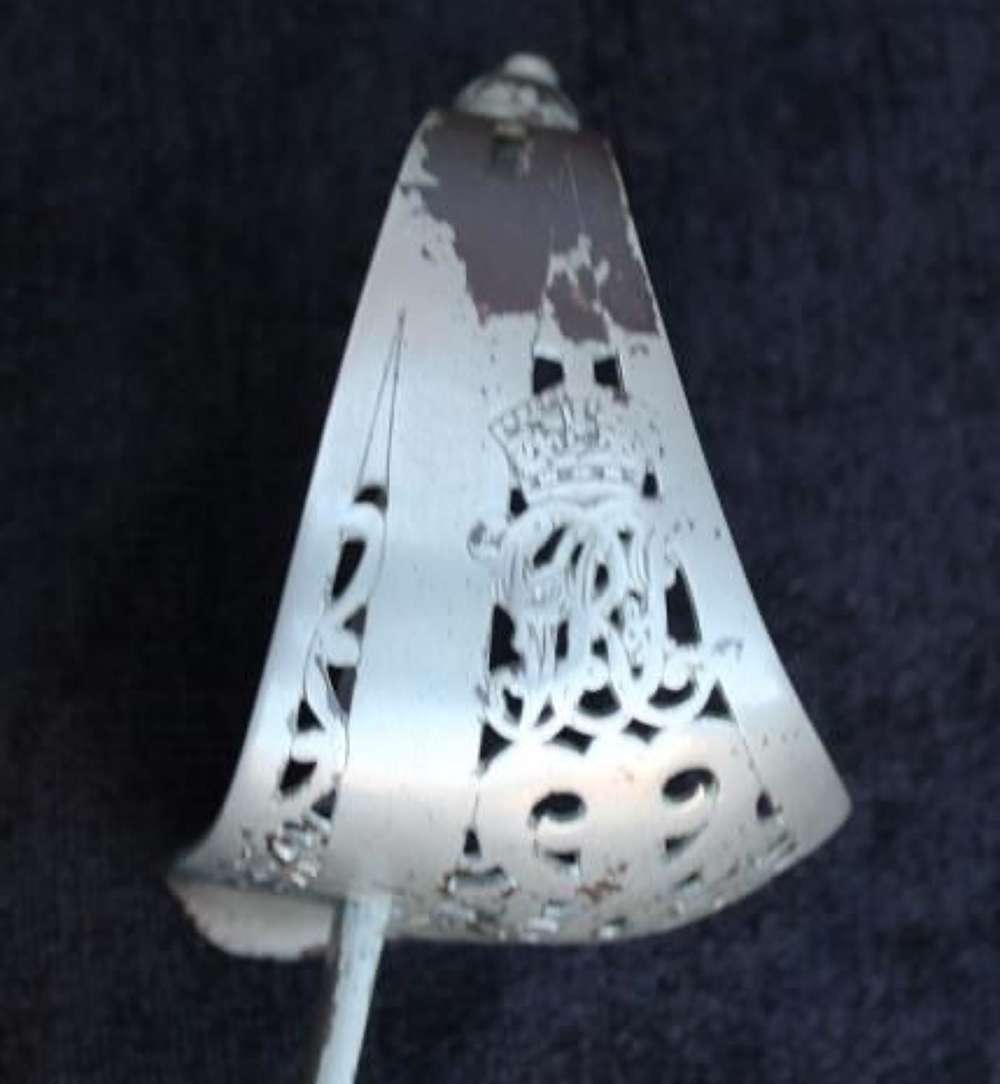 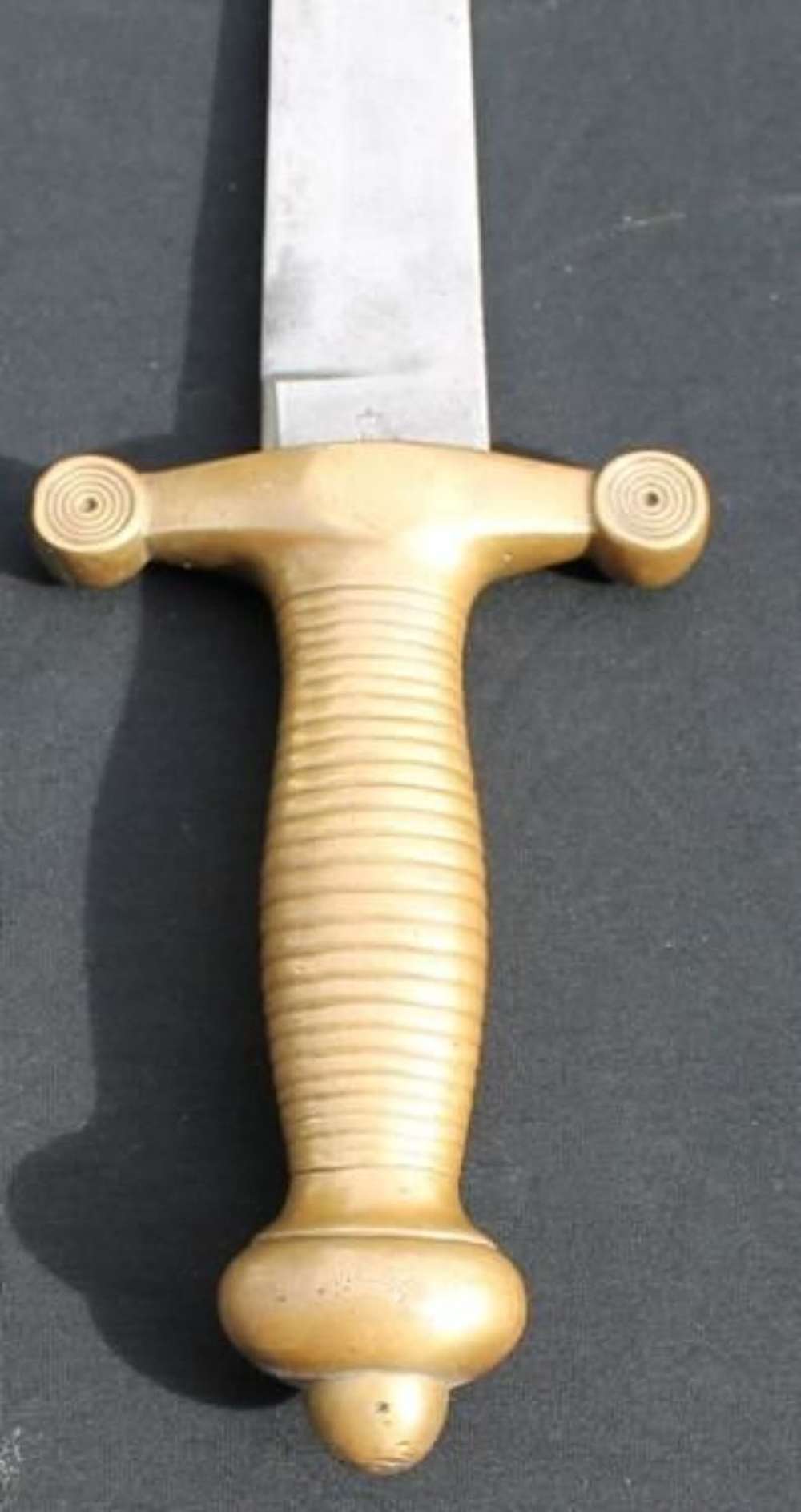