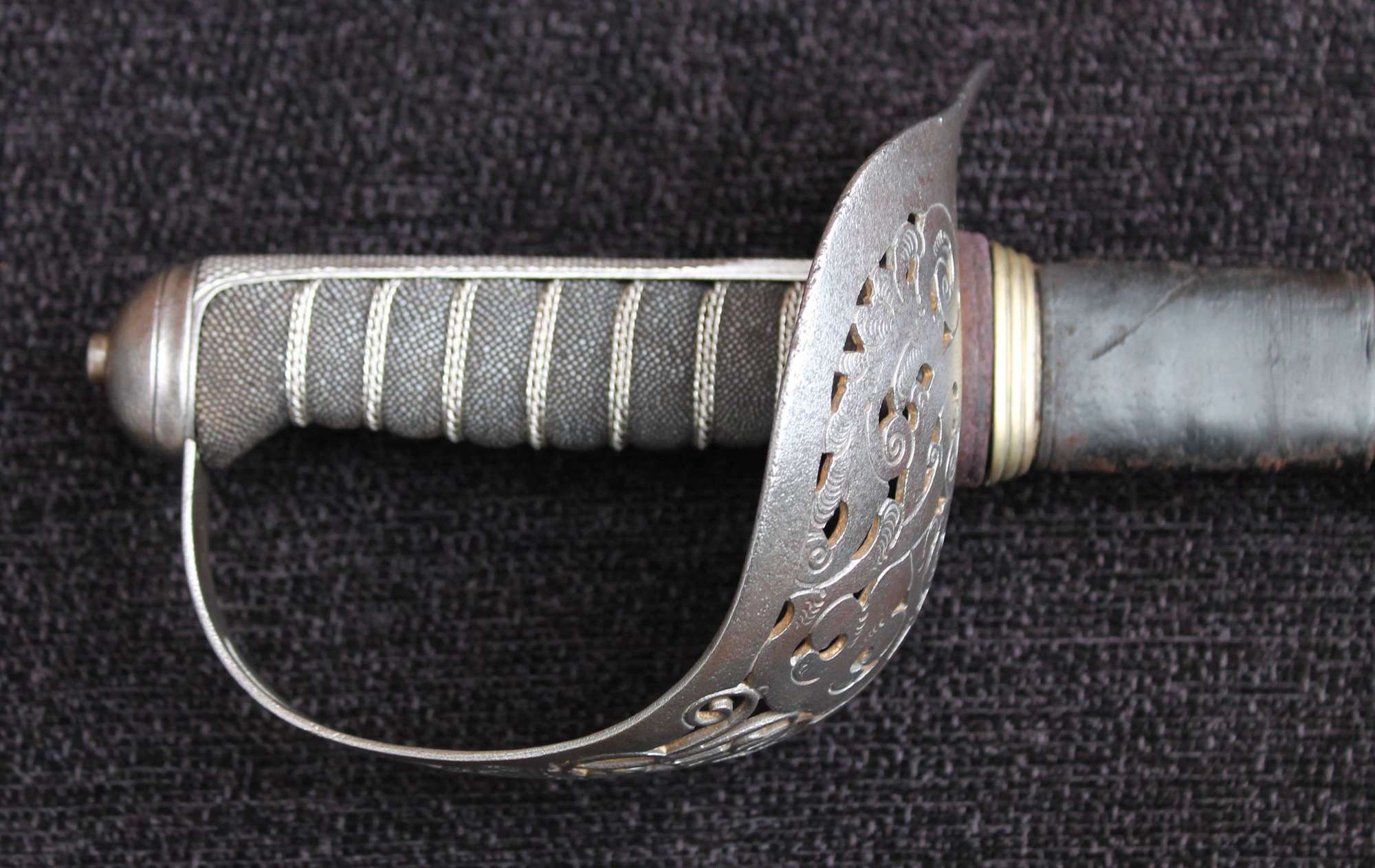 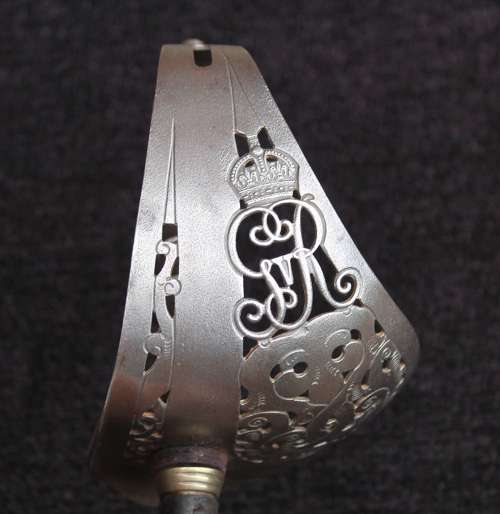 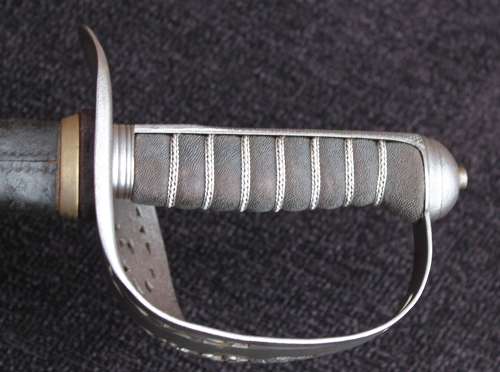 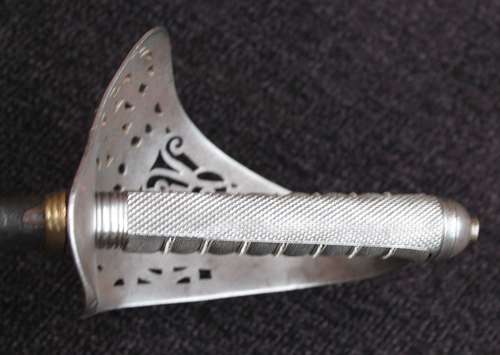 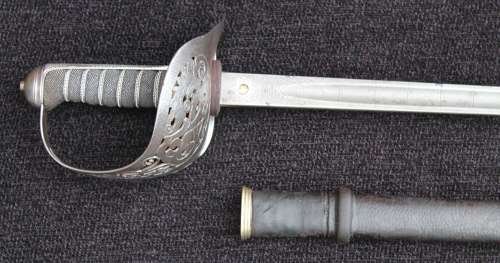 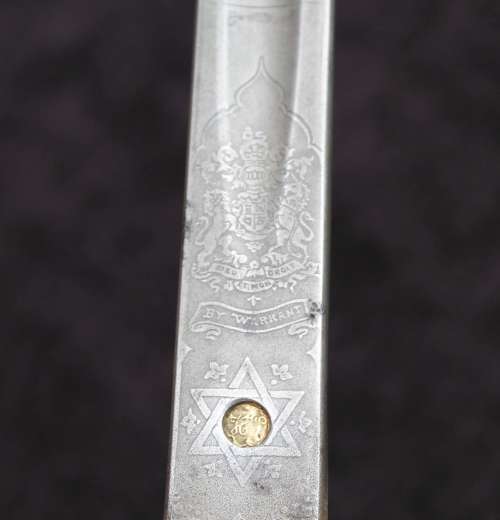 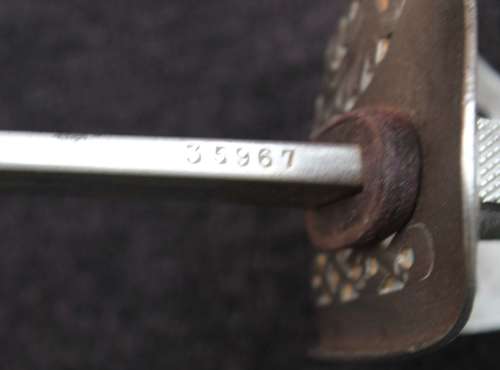 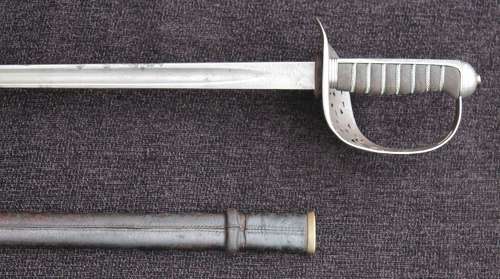 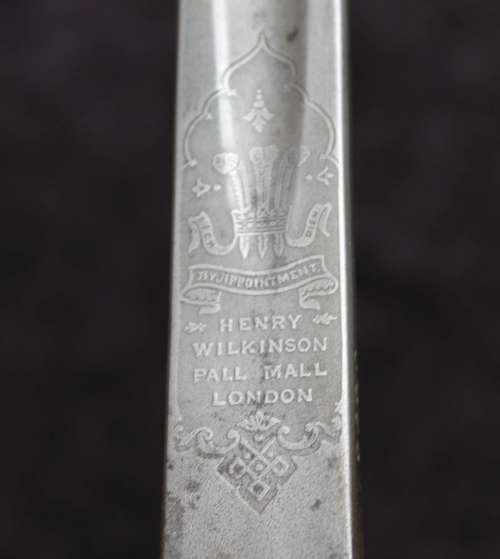 This sword was sold by Wilkinson sword in 1898, originally as a nickel plated infantry sword, with plain blade. It would originally have had an 1897 pattern hilt, or a Grenadier Guards 1854 pattern guard.

What is highly unusual is that the blade has been professionally etched with the inch graduations. When checked against an engineer's rule they are spot on and very accurate. It has also been service sharpened.

This opens up a number of possibilities:

One: As he is listed as Captain Verschoyle on the proof ledger, perhaps he wanted a practical, plain fighting sword, based on his experiences in the Sudan, which was arguably quite a hand to hand conflict. After his death, the sword was re-etched and carried by a relative. I have found a Verschoyle listed as serving in the Royal Engineers during WW1, which would explain both the George V hilt, and the blade etching.

Alternatively Captain Verschoyle bought this sword, with its unique blade etching, as a gift for another officer, possibly of Engineers, and was later upgraded to a George V hilt for WW1 service.

Edward Greville Verschoyle died of wounds received in action at Thaba N’chu on May 5th, 1900. He was the son of the late Lieutenant-Colonel Verschoyle, Grenadier Guards, of Killbery, co. Kildare.

He was born in November 1866, and educated at Wellington College. He entered the Grenadier Guards from the Royal Military College in May 1885, being promoted Captain in October 1897. He served in the Nile Expedition of 1898, and took part in the battle of Khartoum. Captain Verschoyle accompanied his battalion to South Africa in March 1900, and served in the Cape and Orange River Colonies up to the time of his death. He died suddenly of his wounds, in hospital, on the morning of May 6th. On the following day, ‘wrapped only in a blanket, as a soldier should be, he was buried in Thaba N’chu cemetery, and a wooden cross was soon after put up over his grave until the wishes of his family could be known’.

He is commemorated on a plaque in St Peter's Church, Chalfont St Peter, Buckinghamshire, erected by his brother and three sisters.

His father Henry William Verschoyle (1835-70) served with the same regiment during the Crimean War, being wounded in the Trenches at Sebastopol.

There are images of both men, held by the Royal Collection.

The sword in good tight condition, excellent shagreen grip mounted with silver twistwire. Chequered backstap, George V 1897 pattern guard. The 32.5 inch plain blade has been service sharpened. Some old pitting and dark staining, but generally clean and bright. The graduations etched on the right hand side to a maximum of 36 inches (including the handle) the left side plain except for the Wilkinson address at the ricasso.

A fascinating and unique sword, which requires more research to try and unlock its secrets. 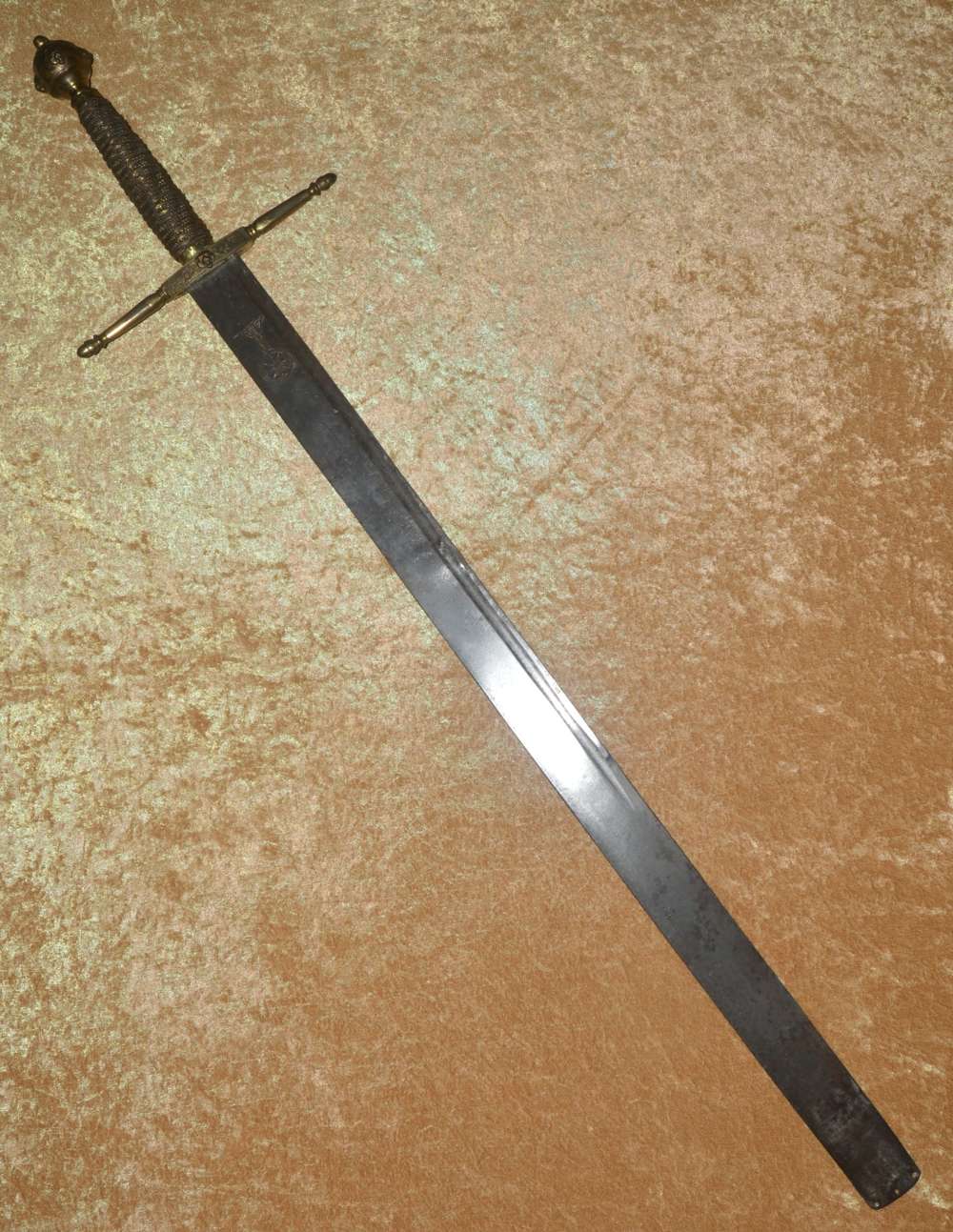 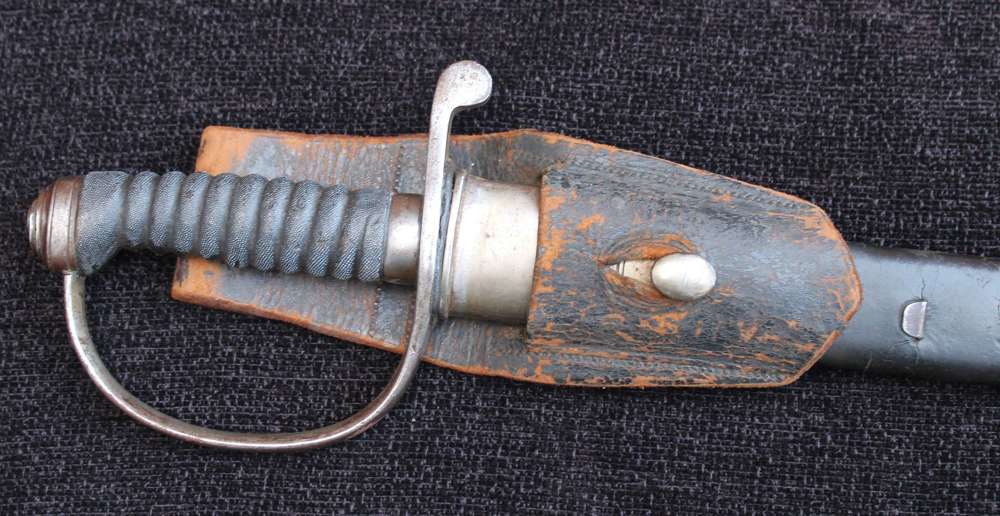 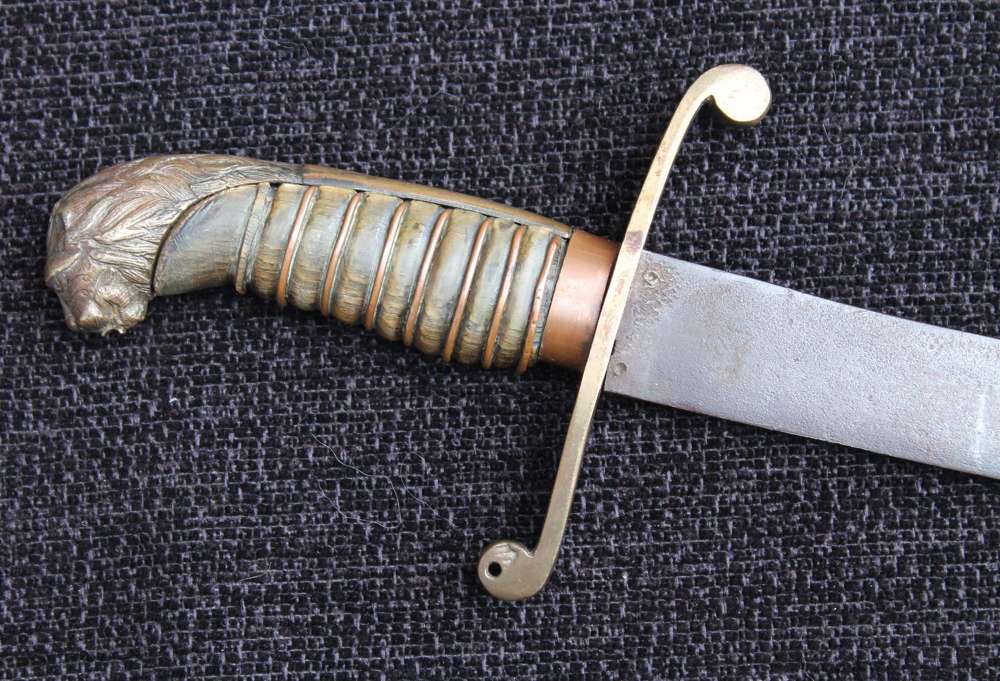 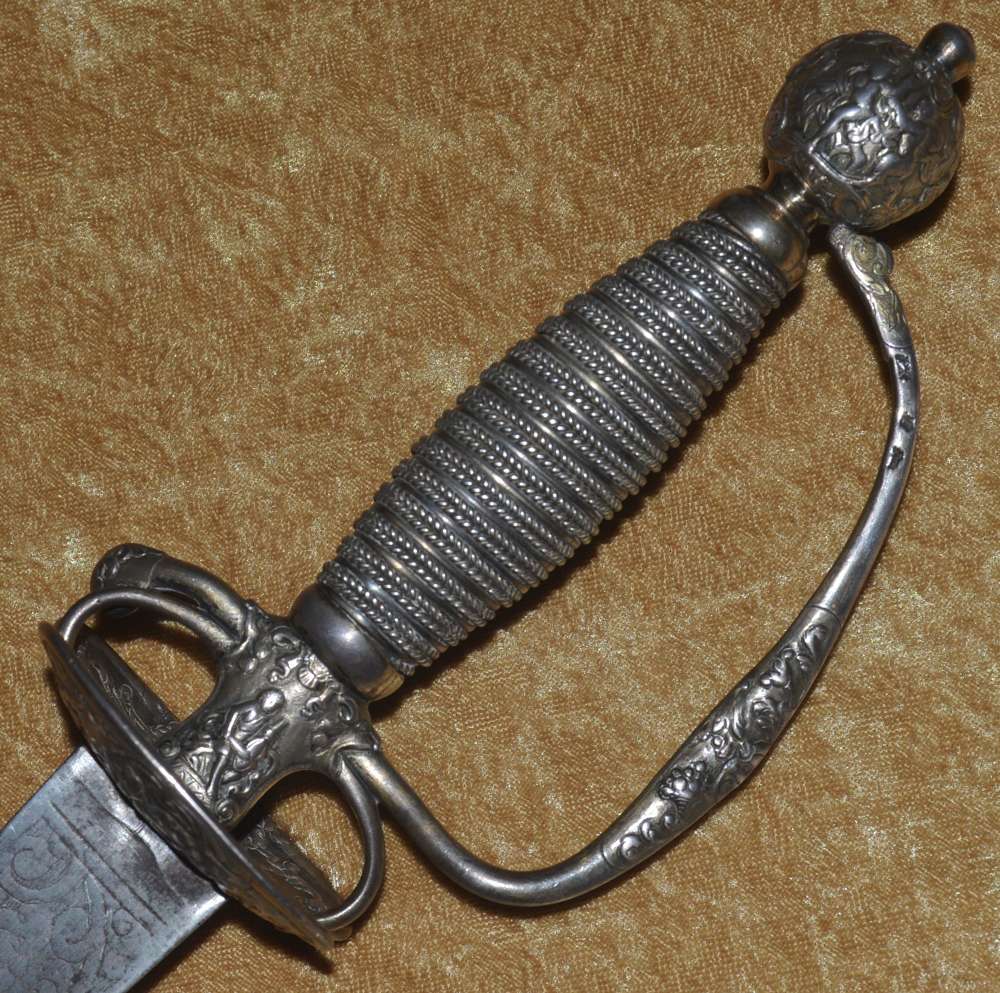