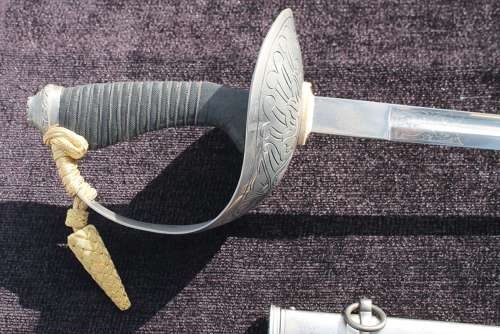 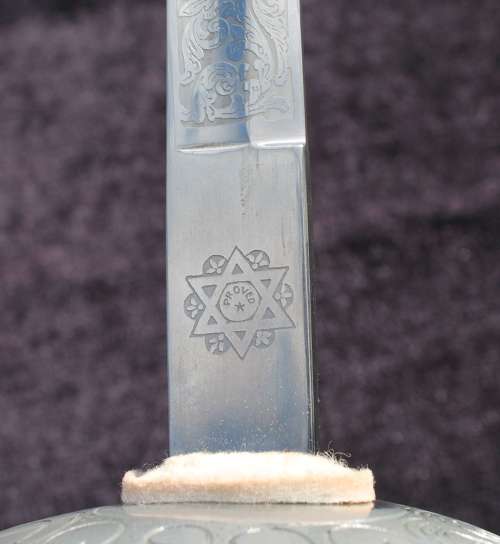 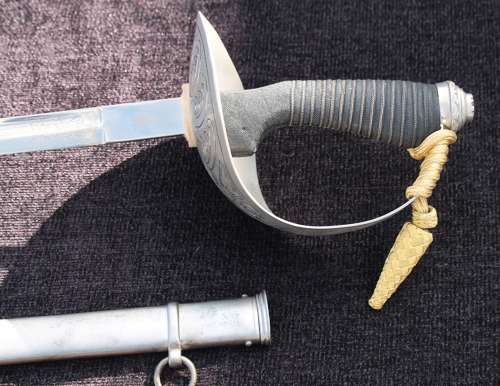 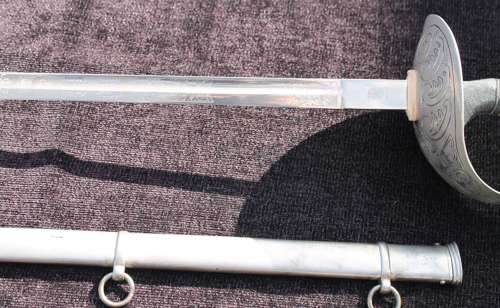 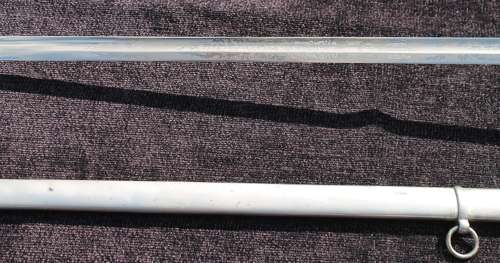 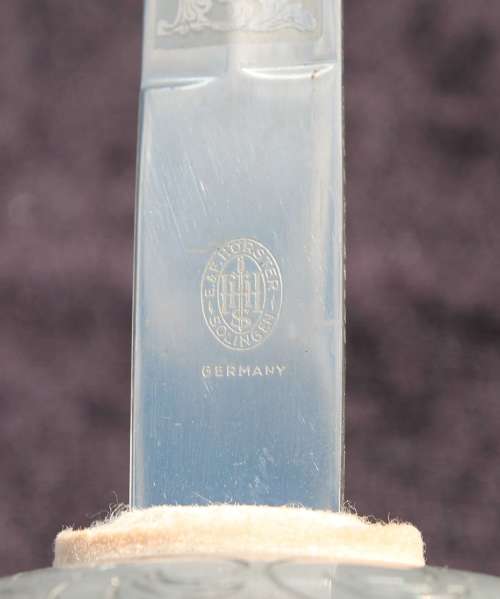 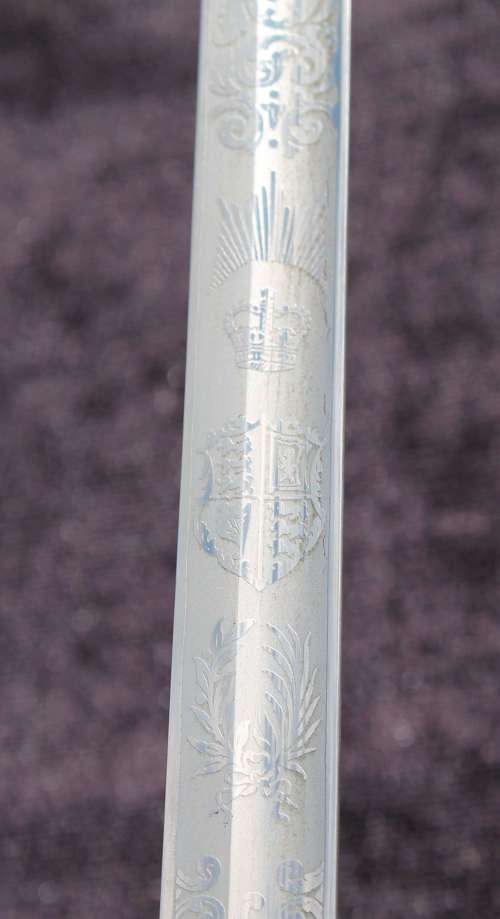 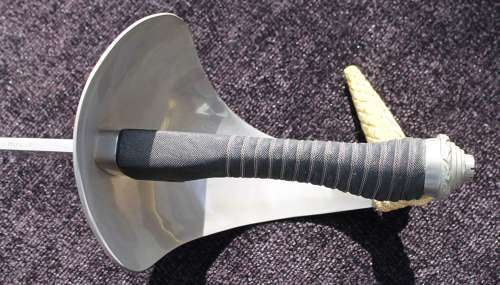 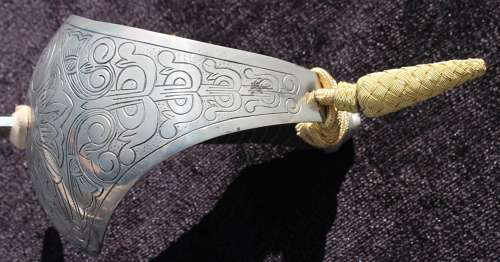 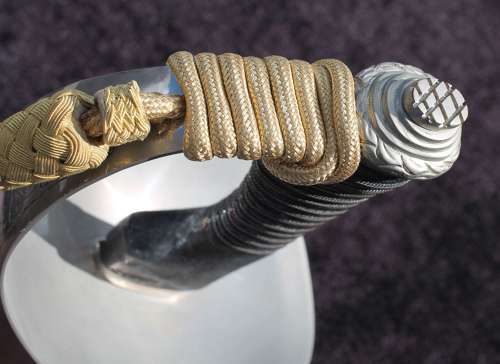 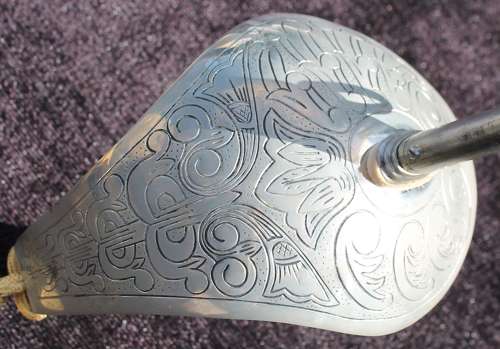 Housed in its steel dress scabbard with twin hanging rings.

Captain Mosse won the regimental medal for "contribution to the military efficiency or military honour of the Regiment" in 1952.

He served as the Chairman of the regimental socitety from 1991 until his death on the 13th June 1995.