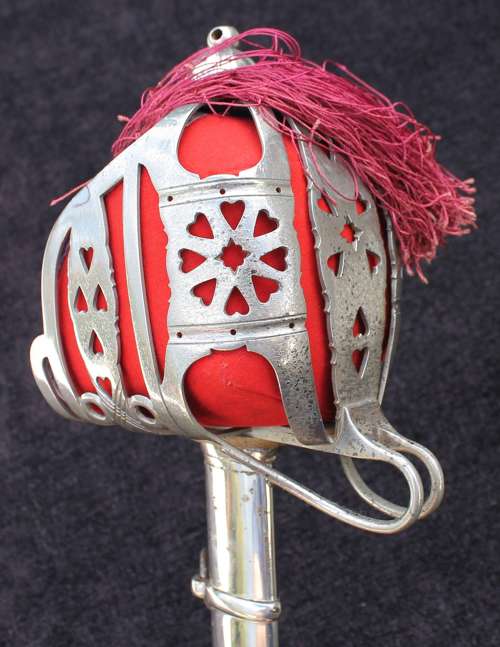 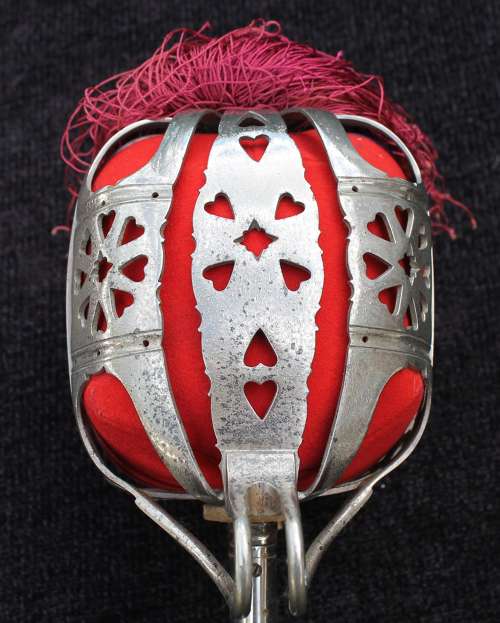 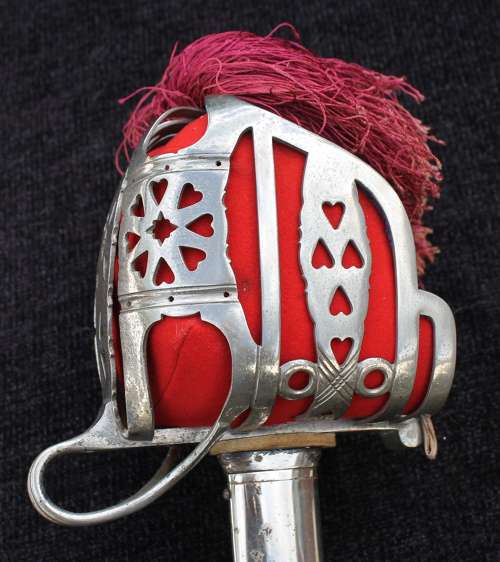 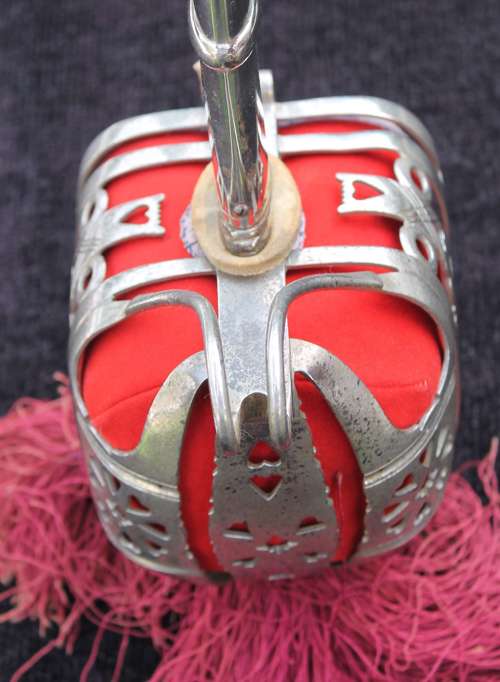 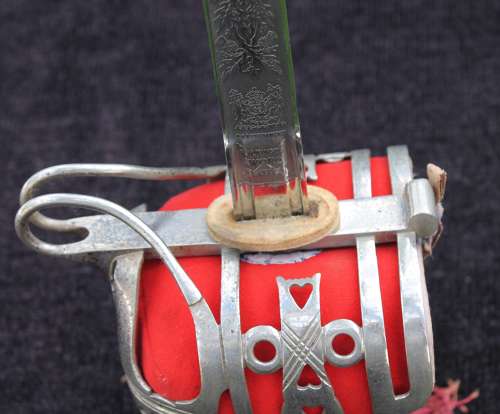 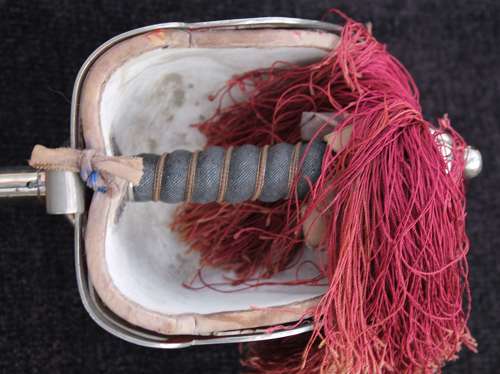 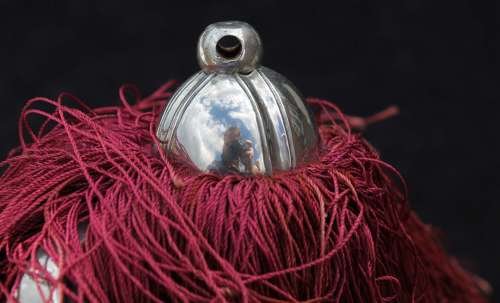 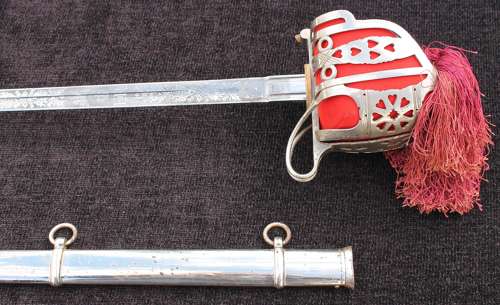 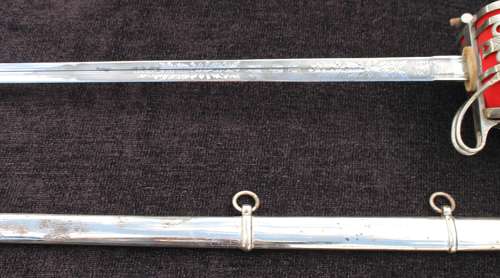 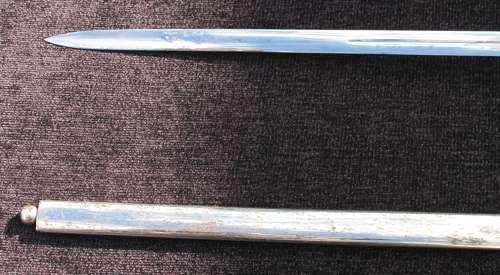 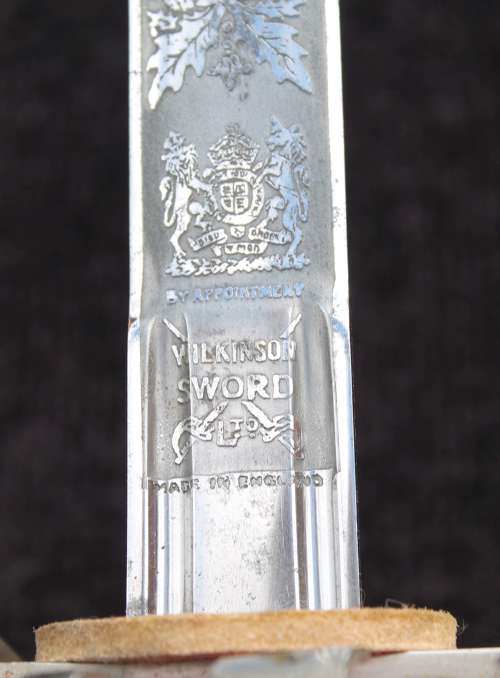 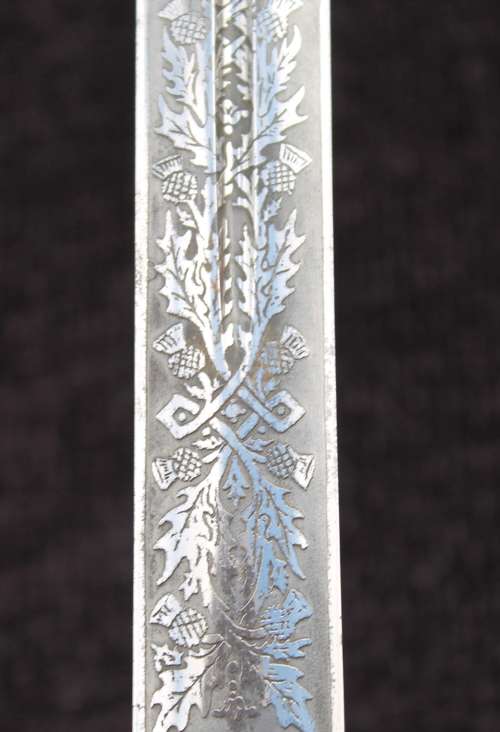 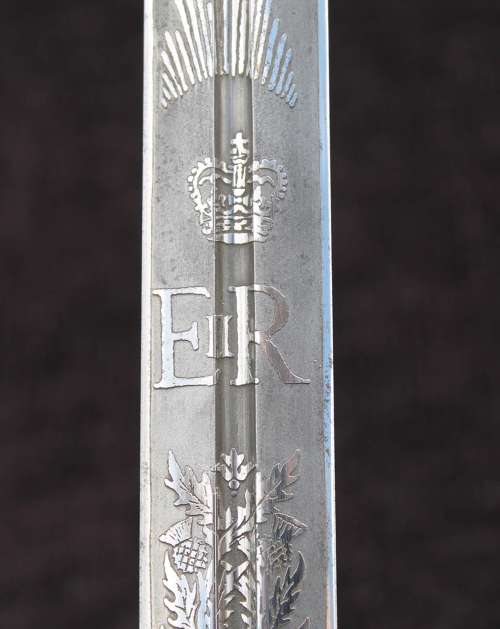 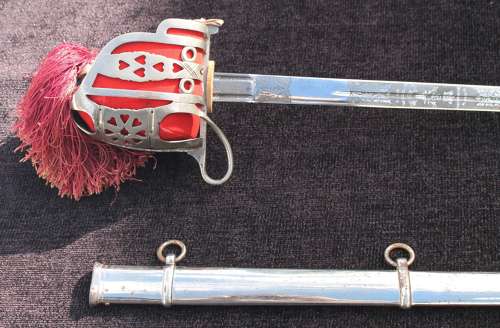 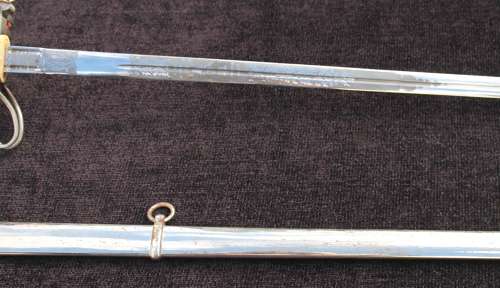 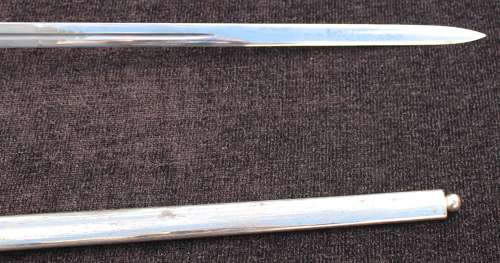 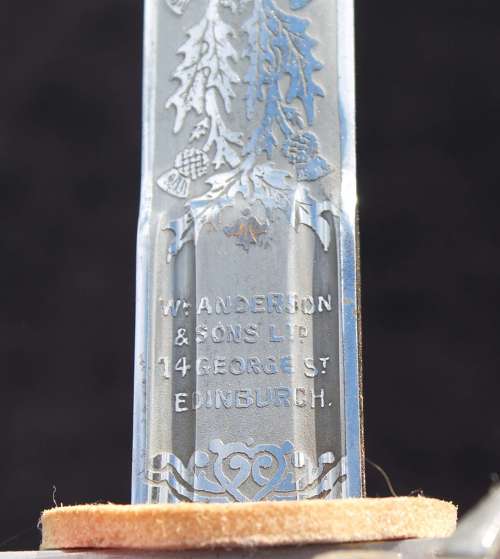 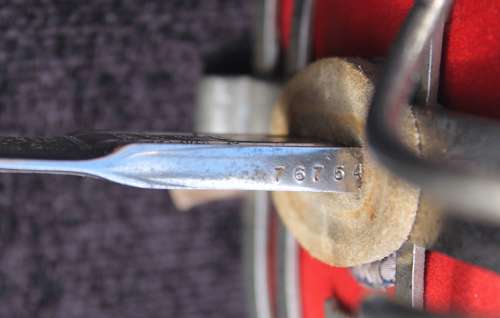 It was retailed by W. Anderson&Sons, Ltd, of 14 George Street, Edinburgh and is so marked at the ricasso. The other side is marked for the manufacturer "Wilkinson Sword, Ltd." The serial number dates this example to 1955.

The Seaforth Highlanders were amalgamated with the Queen's Own Cameron Highlanders in 1961, so this is likely one of very small number produced to the regiment bearing the Elizabeth II cypher.

The etched steel double fullered blade measures 32.75 inches and just over 1 inch wide at the ricasso, making it a true combat sword. The blade is beautifully etched with the regimental title "Seaforth Highlanders Ross-Shire Buffs" above the crowned regimental stag crest, the motto "'Cuidich 'n Righ" (Aid the King). To the other side, is the crowned ERII cypher. The blade also features the usual foliate and thistle engraving and a vacant panel.

The hilt is a full 1828 pattern basket and domed cruxiform pommel, which can be removed for addition of the cross hilt. It benefits from having its original scarlet and royal blue liner, and fringe and a particularly attractive shagreen grip bound with copper twistwire.

The scabbard and hilt are both bright, but both suffering losses to the plating. This doesn't really detract for the collector, and both could be replated is desired by a serving officer. The blade has clear, bright etching with minimal areas of staining. There are area's of old pitting to both sides just back from the blades point. It should be possible to polish this out if desired.

Overall a very pleasing and complete sword produced for a very short window of the regiments history.