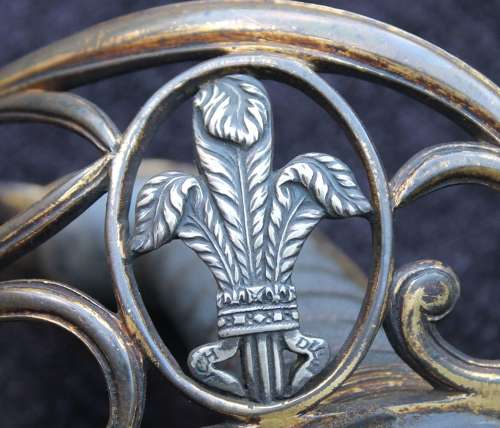 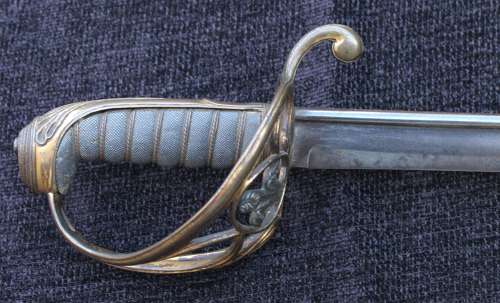 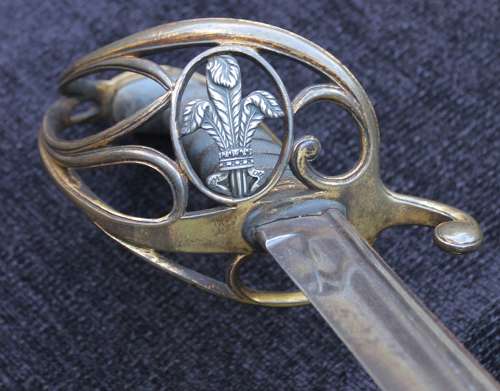 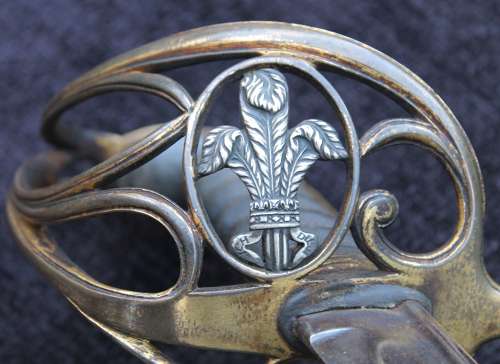 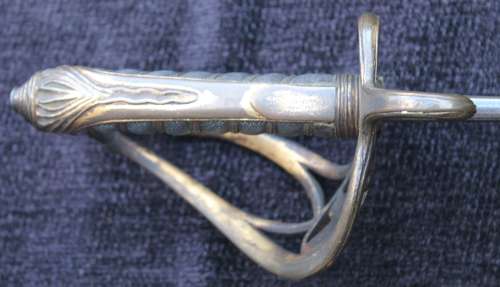 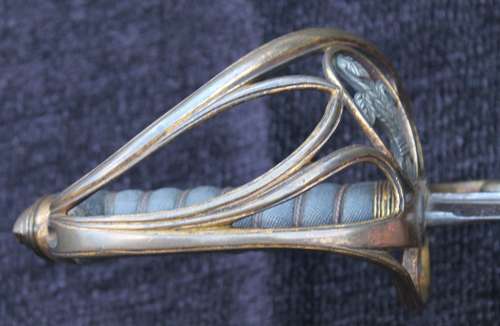 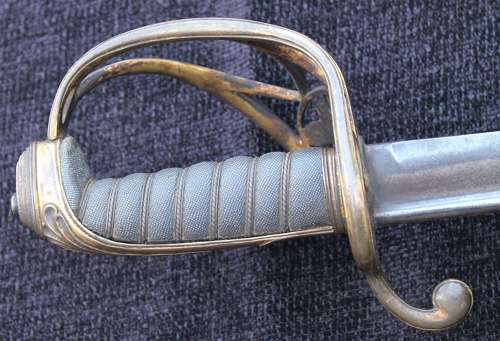 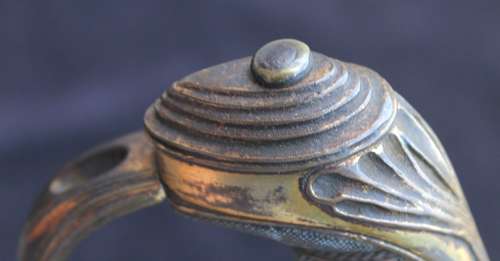 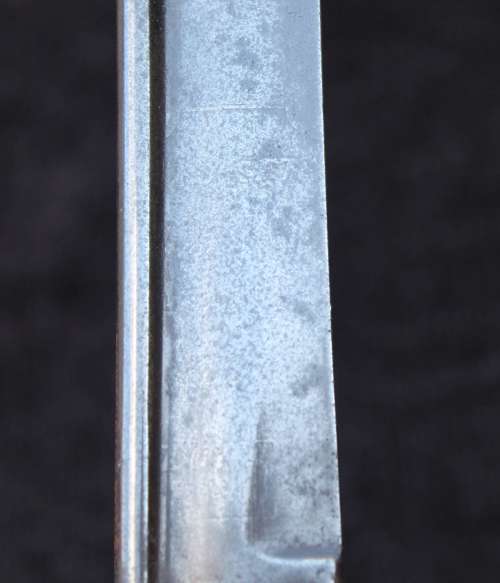 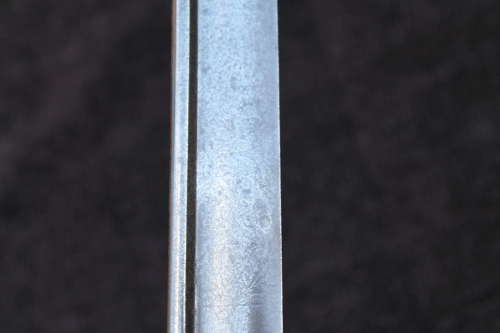 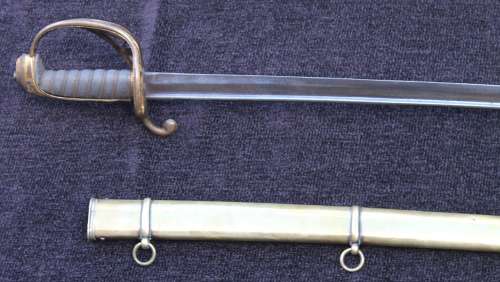 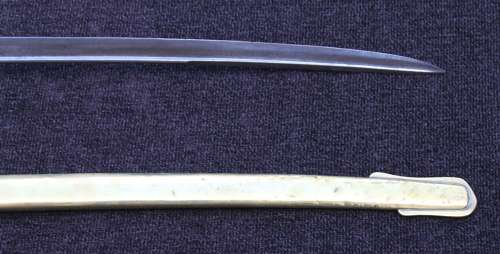 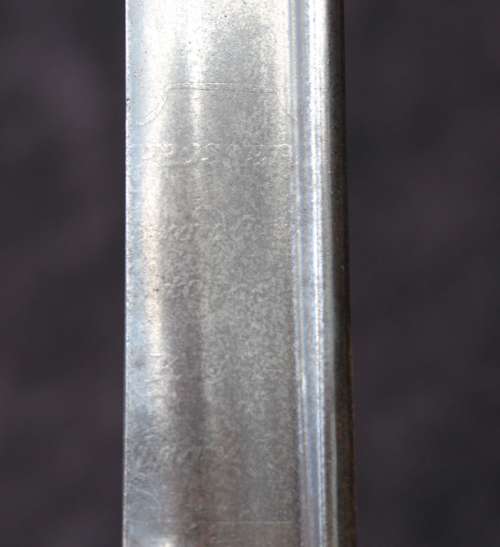 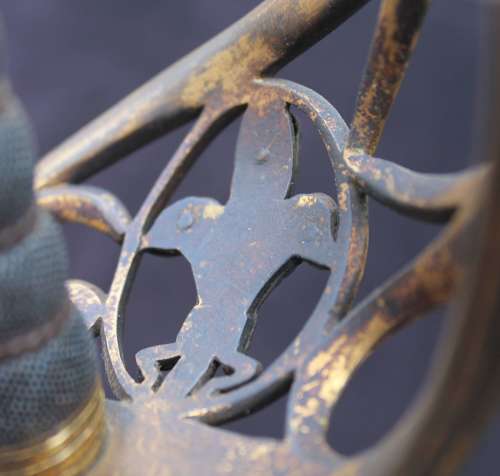 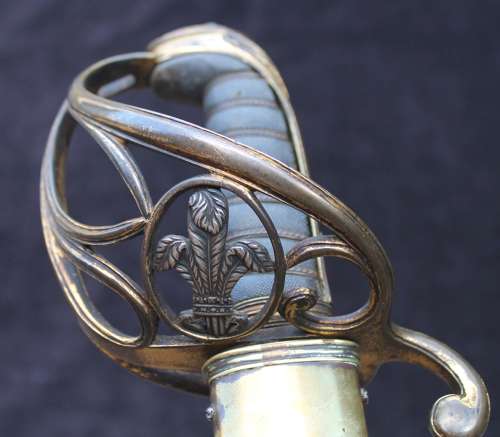 The gilt brass gothic hilt, of 1822 pattern without folding guard. In place of the standard royal cypher is an applied silver Prince of Wales feathers above the motto "Ich Dien". The shagreen grip is in very good order, complete with its original copper twistwire binding.

35.25 inch pipebacked blade with clipped point, or yelman. Like most of the handful known to exist, this example produced by Prosser of London. It bears mirrored etching of the Prosser marking, (Prosser, Sword Cutler to the King, Charing Cross, London) and the crowned George IV cypher to both sides of the blade. This is a little faded, but clearly visible in the right light (and somewhat hard to photograph.) Condition of the blade is good, bright and clear.

Housed in its massive brass scabbard, with twin hanging rings. In very good condition, and free from serious dings and dents. Interestingly, it appears to have been produced for a sword with a folding hilt, so perhaps the pattern was to originally have been fitted with the standard folding guard.

One of around six known examples extant, and only the second George IV example I am aware of. Not a huge amount is known about this special pattern sword. It seems likely they were produced for a relatively short amount of time, and given the blade length, likely for the senior officers of the regiment which would have been mounted. They seem to have been phased out around the time Queen Victoria came to the thrown in 1837.

For Those On Active Service Prayer Book