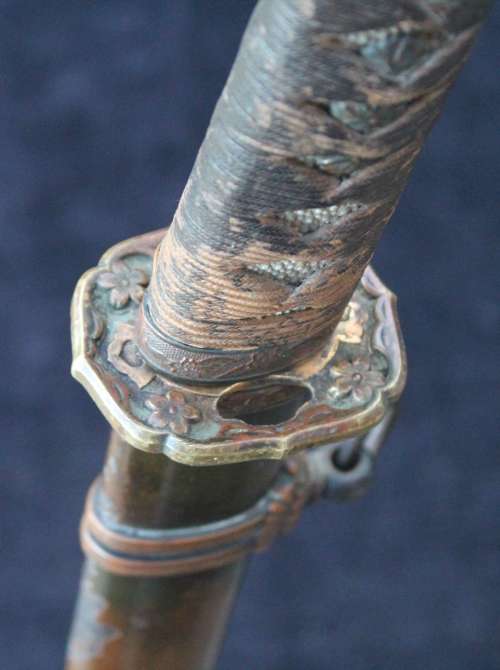 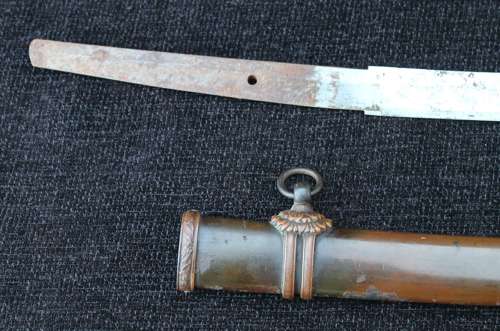 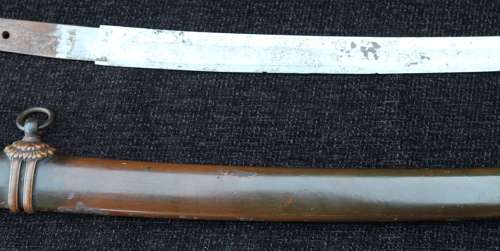 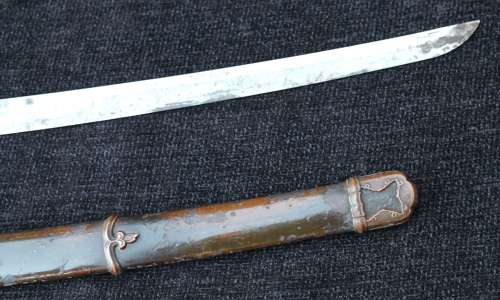 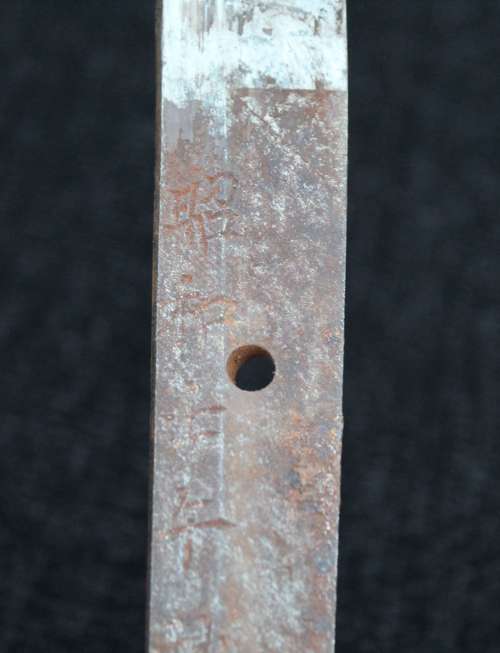 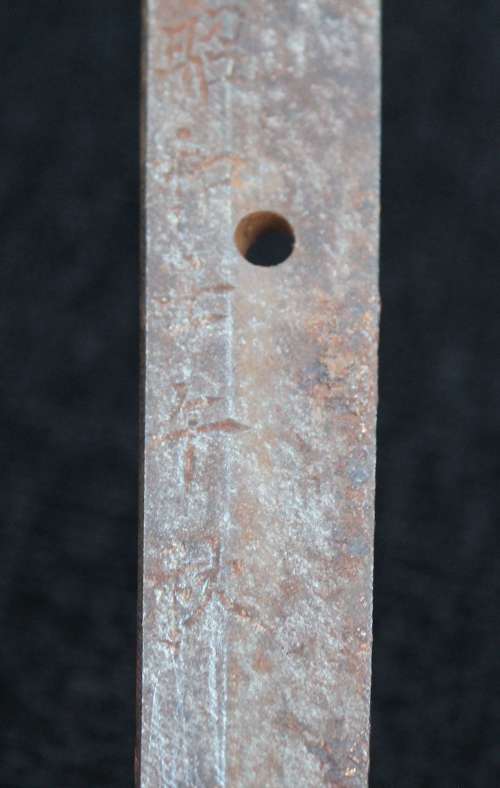 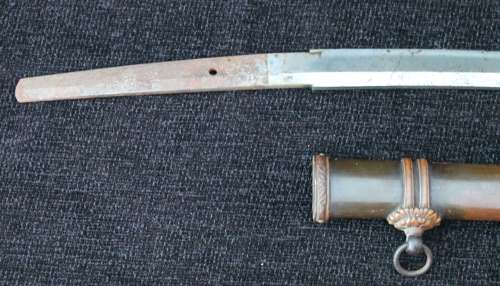 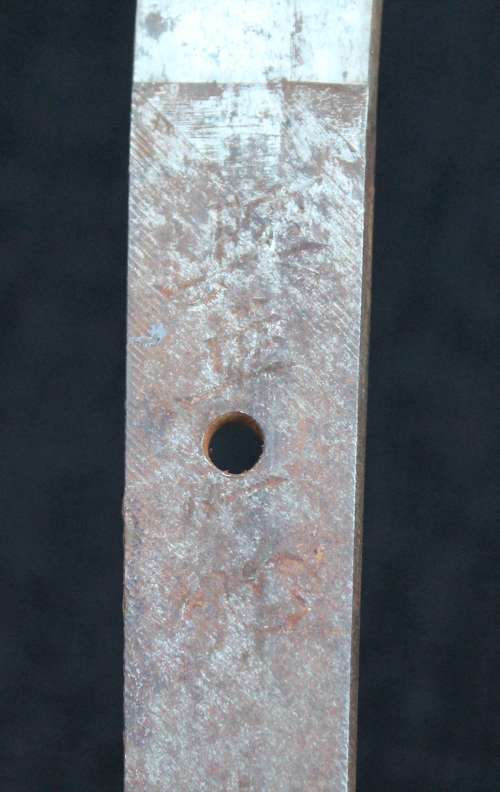 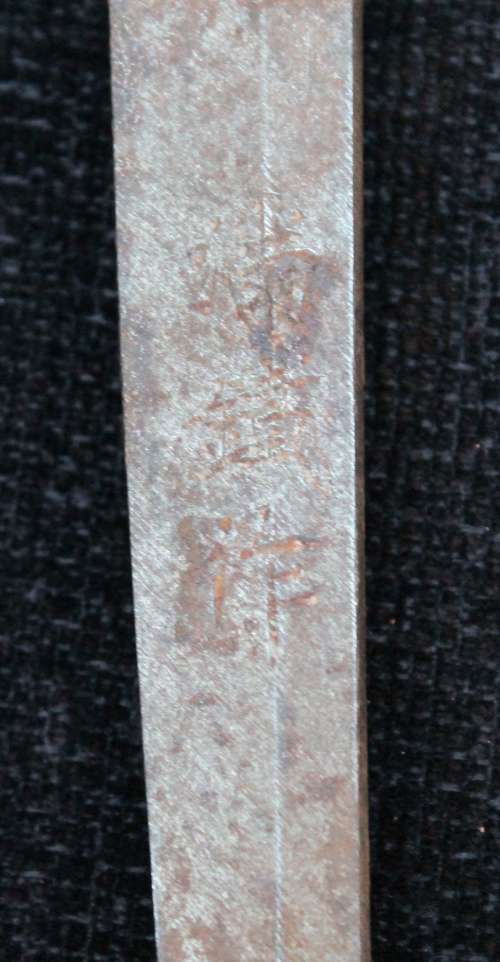 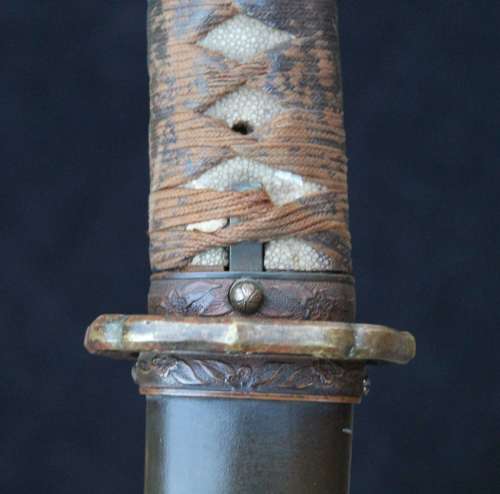 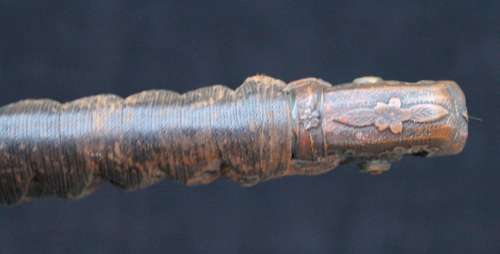 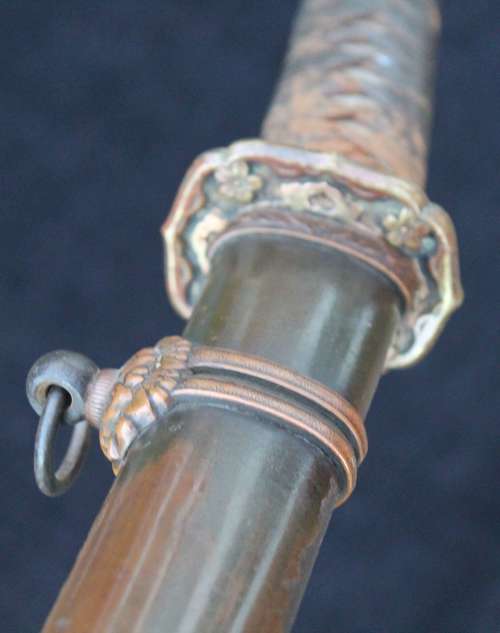 A scarce 1942 dated Shin Gunto Katana made at the South Manchuria Railway in occupied China for the Japanese.

My sword guy tells me the Mei read as “Koa Isshin Mantetsu saku” The literal translation is:- "with one heart, Mantetsu made". They use a slightly unusual dating system which reflects the Chinese calendar. "Showa  Mizunoe Uma (Ordinal sign and Zodiacal sign) "Aki " which can be transcribed as Autumn in the Showa year 1942.

The blade is made from Manchurian steel. Non traditional tamehagane ore so not considered a true traditionally made sword. However the properties of the steel were suited to the harsh cold climate which, apparently caused many other swords to break.

27.25 inch blade with Suguha (straight) hamon. This sword is completely untouched, and as found, all I have done is removed the now crumbled menuki peg to reveal the tang. Although I was tempted to remove all the gunge, rust and old grease from the blade, I natrually resisted. So this sword remains as found. The sword has some very bright areas, and I have tried to give a fair representation of the condition in the images. The blade does have some old edge nicks, and will need some professional restoration and perhaps a professional polish to bring out its best.

The mounts seem to be of reasonably good quality. The only real issue is the release catch on the grip, which can get stuck in the "locked" position, but I think it is just out of alignment, and needs adjusting.

A good, rare, and desirable sword, despite its initial appearance.