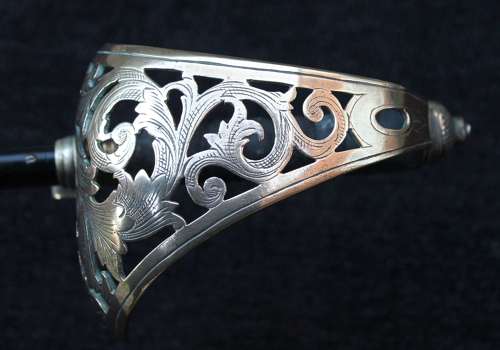 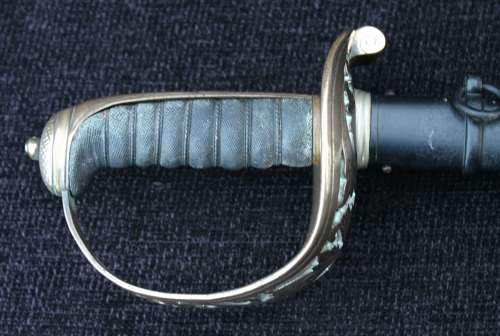 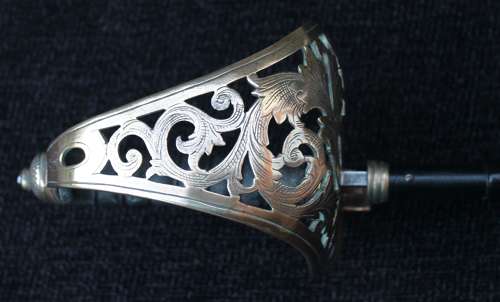 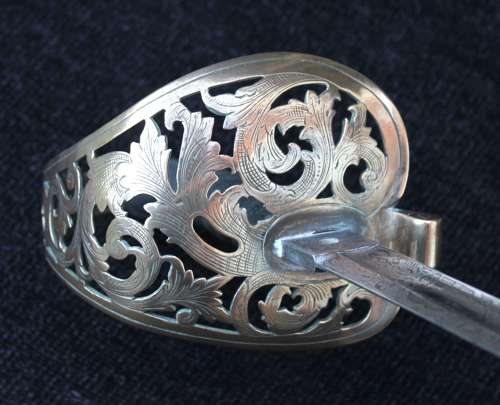 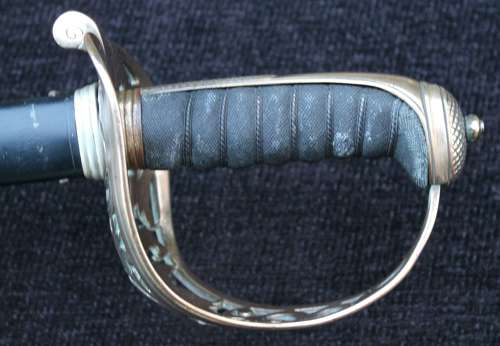 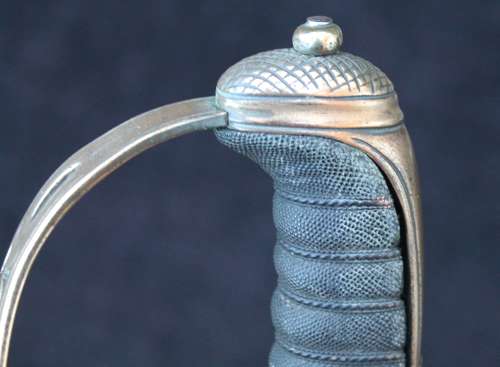 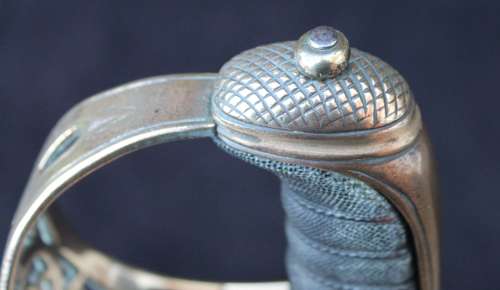 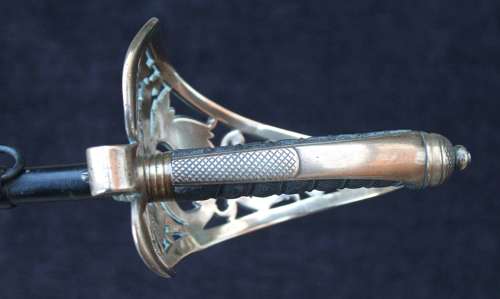 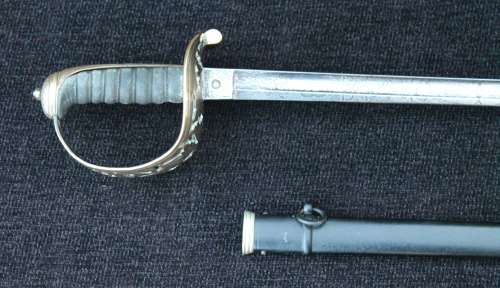 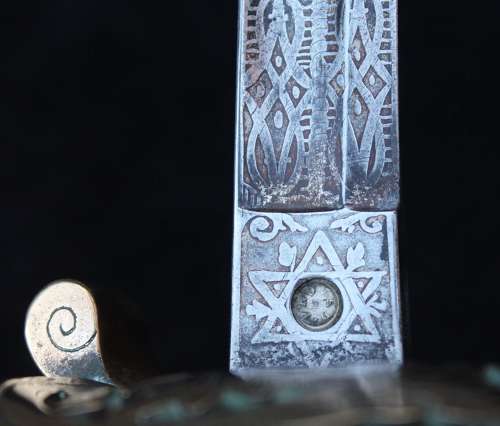 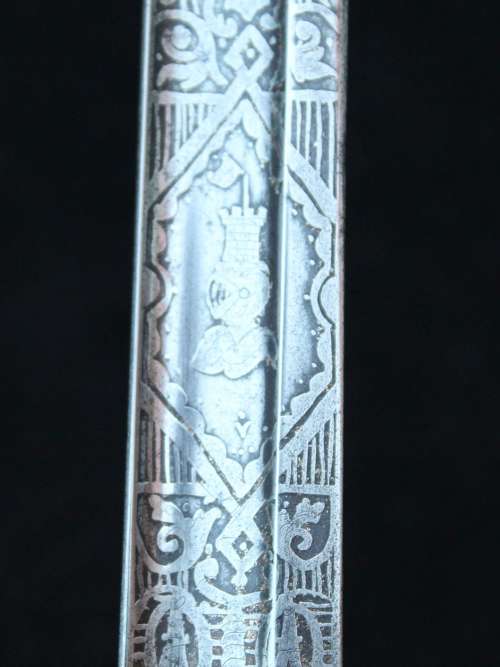 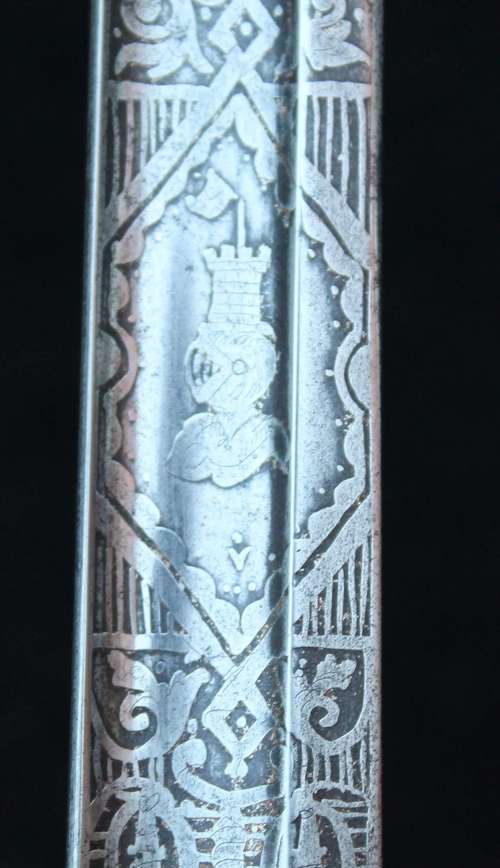 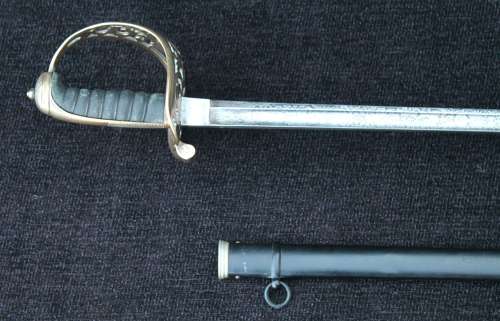 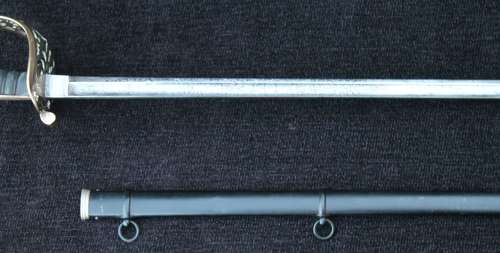 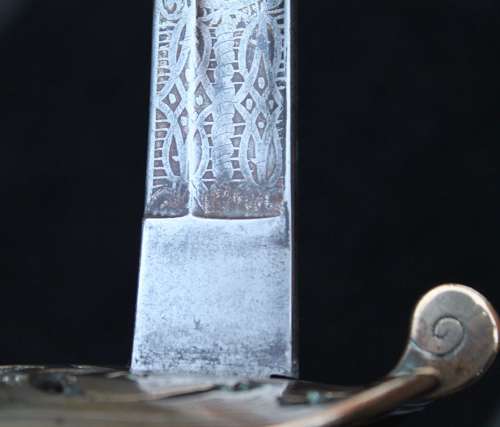 Attributed to Colonel Napoleon Arnott, Royal Engineers. Colonel Arnott's great uncle, Archibald Arnott, was physician to Napoleon Bonoparte, during his exile on St Helena, and was well regarded by the fallen Emperor, so it seems the name was passed down the family.

It would seem most of his career was spent in India, in 1880 he is listed at Allahbad, and he was stationed in Madras in 1894. The rest of his service career I shall leave for the new owner to uncover.

The 33 inch, 1845 pattern single fullered blade. There are no visible makers markings to the ricasso, although by the style of proof slug, and quality of manufacture, I would attribute this blade to Edward Thurkle, of High Holborn, London.

The blade is well decorated, including an attractive catouche, containg the crest of the Arnott family.  There is also the feathered lightning bolts and regimental name "Royal Engineers". Floral etching with crowned VR cypher, and flaming bomb device. The blade in good untouched condition, the etching clear and bright, minor staining, which would improve with a polish.

Housed in a steel scabbard with twin hanging rings. This has been painted black at some stage in the past, with signs of light pitting, but free from any serious dents. The sword is a good fit.